THE coronavirus R rate could be above the crucial threshold of 1 in England, leaked documents have revealed.

Public Health England (PHE) has reportedly warned there is "uncertainty" around the latest figures published by the Government. 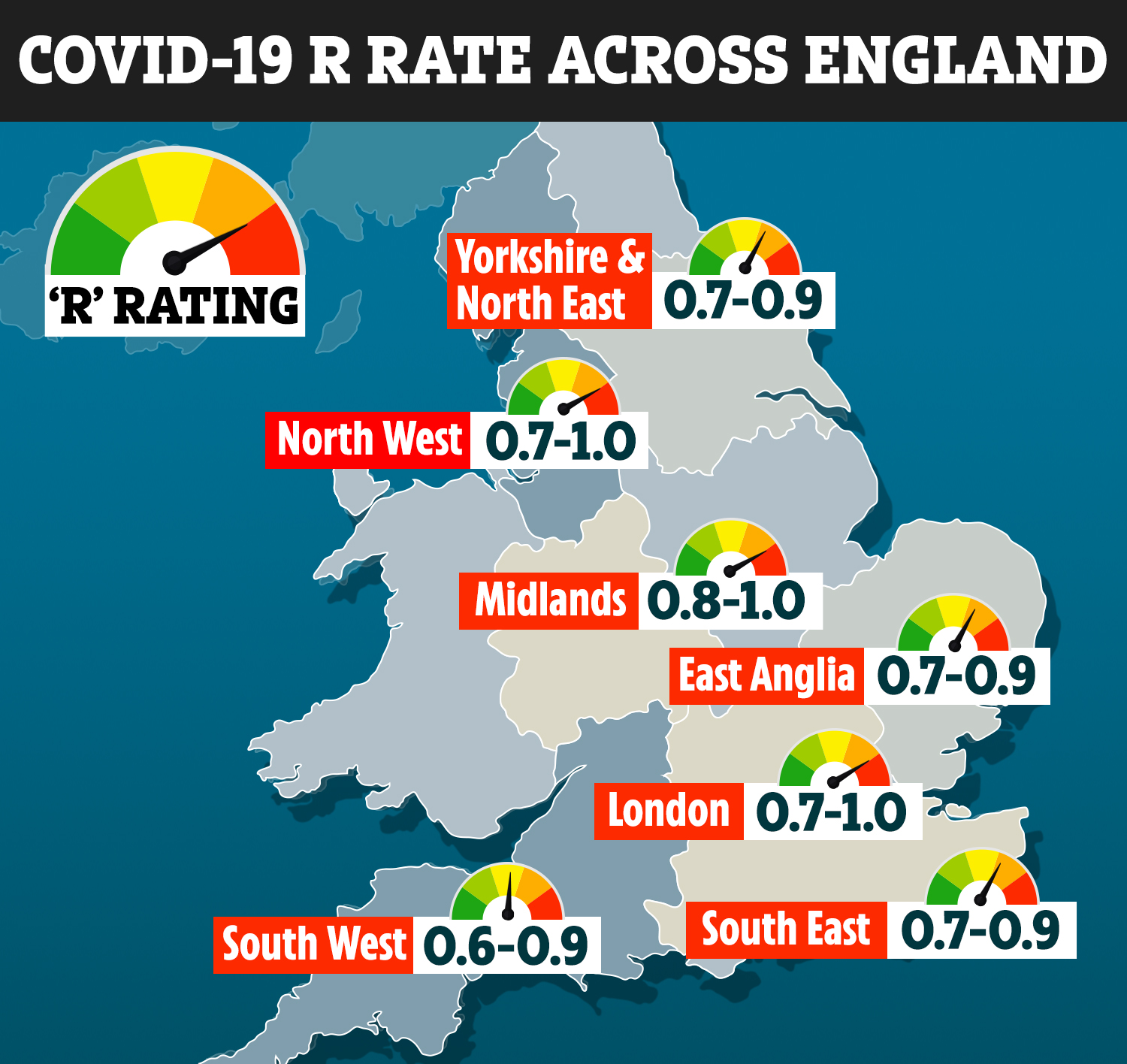 Sage said last week that across the UK, the average Covid reproduction number is 0.7 to 0.9.

When the value is below one, it means transmission of the virus is no longer high and the epidemic is shrinking.

The Government announced the country's alert level would be dropped from four to a three last week.

And it paved the way for the decision this week to announce a raft of relaxed social distancing measures – including reducing the 2m rule.

But an "officially sensitive" PHE document, seen by HuffPost UK, suggests officials aren't convinced the R rate is below one across the country.

It states: "Current estimates of R is currently estimated to be below 1, in most regions at around 0.9, although there is uncertainty around these and thus and thus we cannot precludeR being above 1." 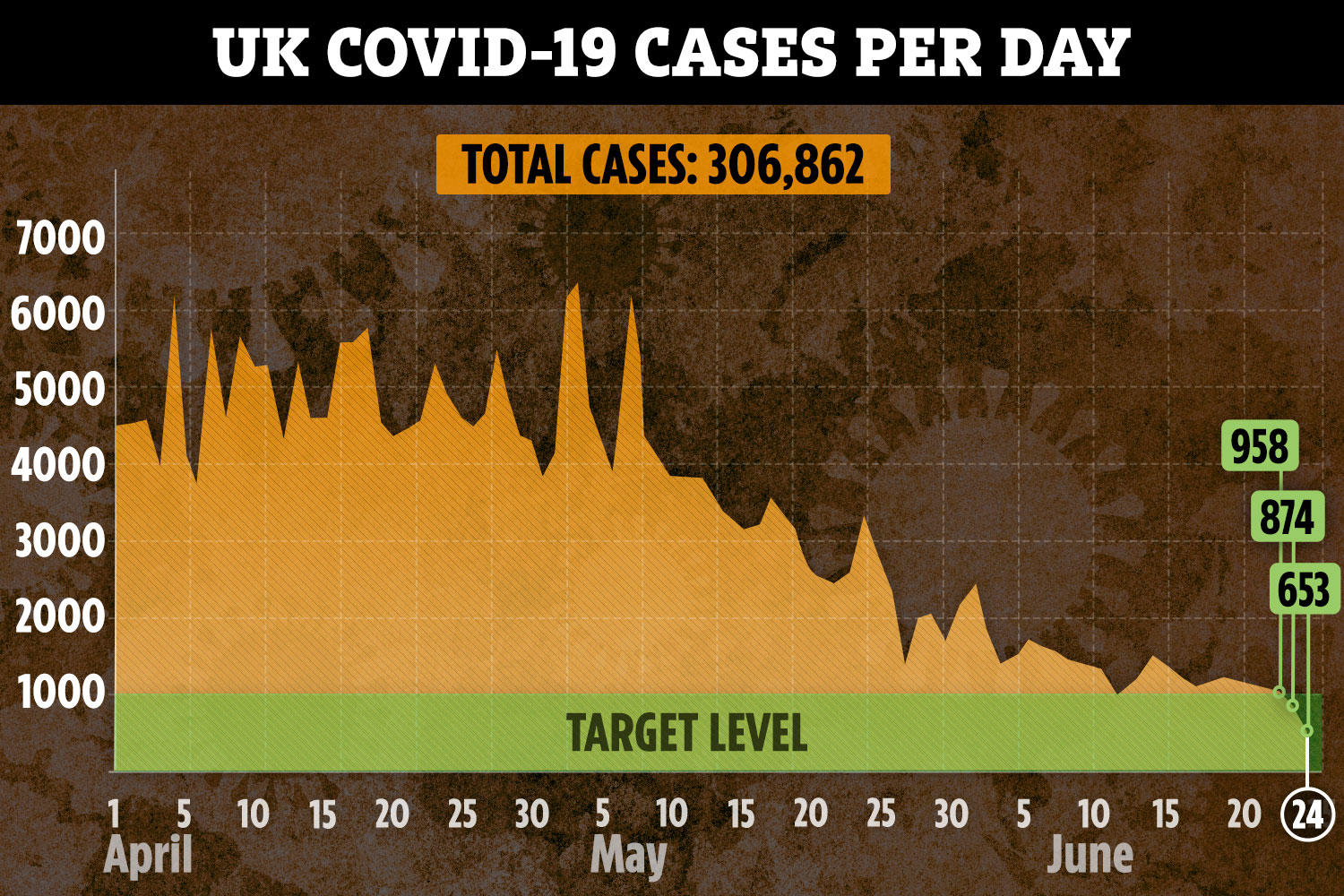 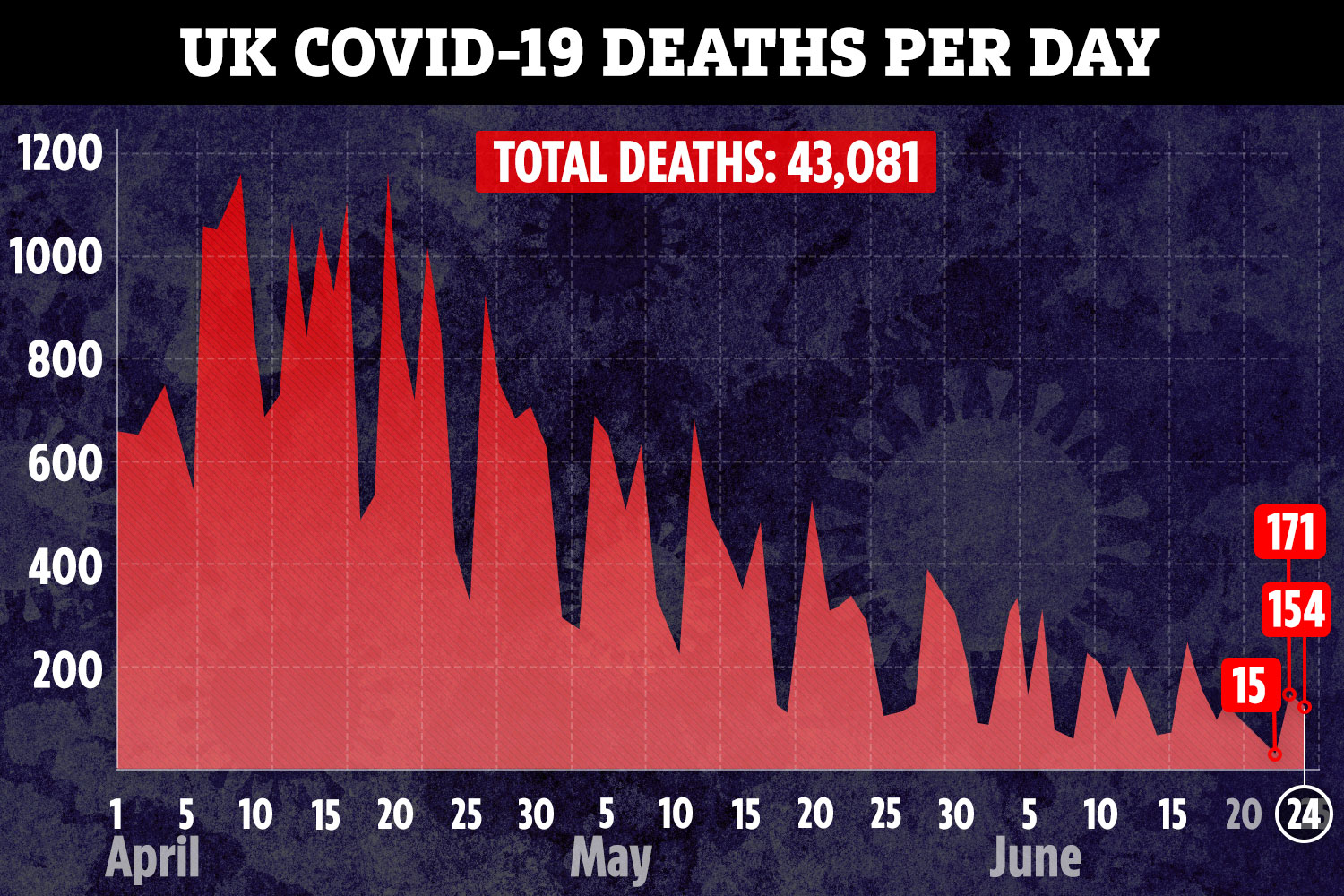 The document, titled “COVID-19 Situation Report”, adds: "There is some evidence that R has recently risen in all regions and we believe that this is likely to be due to increasing mobility and mixing between households and in public and workplace settings."

The secret report, dated last Thursday, also notes that the daily estimate of the number of daily new infections stood at 7,000.

On the same day, the official figure of positive tests reported publicly by the Government was 1,346.

A health professional, who didn't want to be named, said that the information should be in the public domain.

Growth rates for Covid in England

LAST week the Government published the 'growth' rates for Covid-19 across England, to reflect how quickly the number of infections is changing day-by-day.

If the growth rate is greater than zero – or positive – the disease will grown.

But below zero and negative, is a sign it's shrinking.

The growth rates in the regions are:

He told HuffPost UK: "There’s nothing in it that justifies secrecy and it’s not as though the virus is listening into what we’re saying so it could adapt its strategy."

A government spokesperson said: “Sage was totally clear when the most recent UK R rate was released last Friday that it stood at 0.7-0.9.

“The latest ONS figures also show that the number of infections is declining.

“Most significantly, the 'growth rate' for England alone is at -4 to -1. That means the number of infections is declining daily by between 4 and 1 per cent.”

Announcing the Government's next steps in easing lockdown in England, Boris said that the move had been made possible because infections had dramatically fallen.

In the first half of May, nearly 69,000 people tested positive for Covid-19 across the UK, he said.

"We created a human shield around the NHS and in turn our doctors and nurses have protected us, and together we have saved our hospitals from being overwhelmed.

"Measured by a seven-day rolling average, the number of daily deaths peaked at 943 on April 14.

Boris said because of a belief that there was little threat of a second wave in cases, he could try to get life in England back to something like normal.

Under the changes from July 4, indoor gatherings involving two separate households will be permitted – including the possibility of visiting reopened pubs and restaurants – but social distancing will need to be maintained.

The two-metre rule will be eased, replaced with a "one-metre plus" measure, with the protection offered by the physical distance enhanced by other mitigation measures such as the use of face coverings, increased hygiene or layout changes in premises.

Mr Johnson said the "national hibernation" was beginning to end, and "life is returning to our streets".

But he warned that local measures may be reinstated if infections rise.

The country's top experts have also urged caution – saying the package of measures announced this week were "not risk free".

The Government's chief scientific adviser Sir Patrick Vallance has said the R number for the transmission of the coronavirus remains below one across the UK.

Speaking at the final daily No 10 briefing, he said that the epidemic continued to shrink – "albeit slowly". 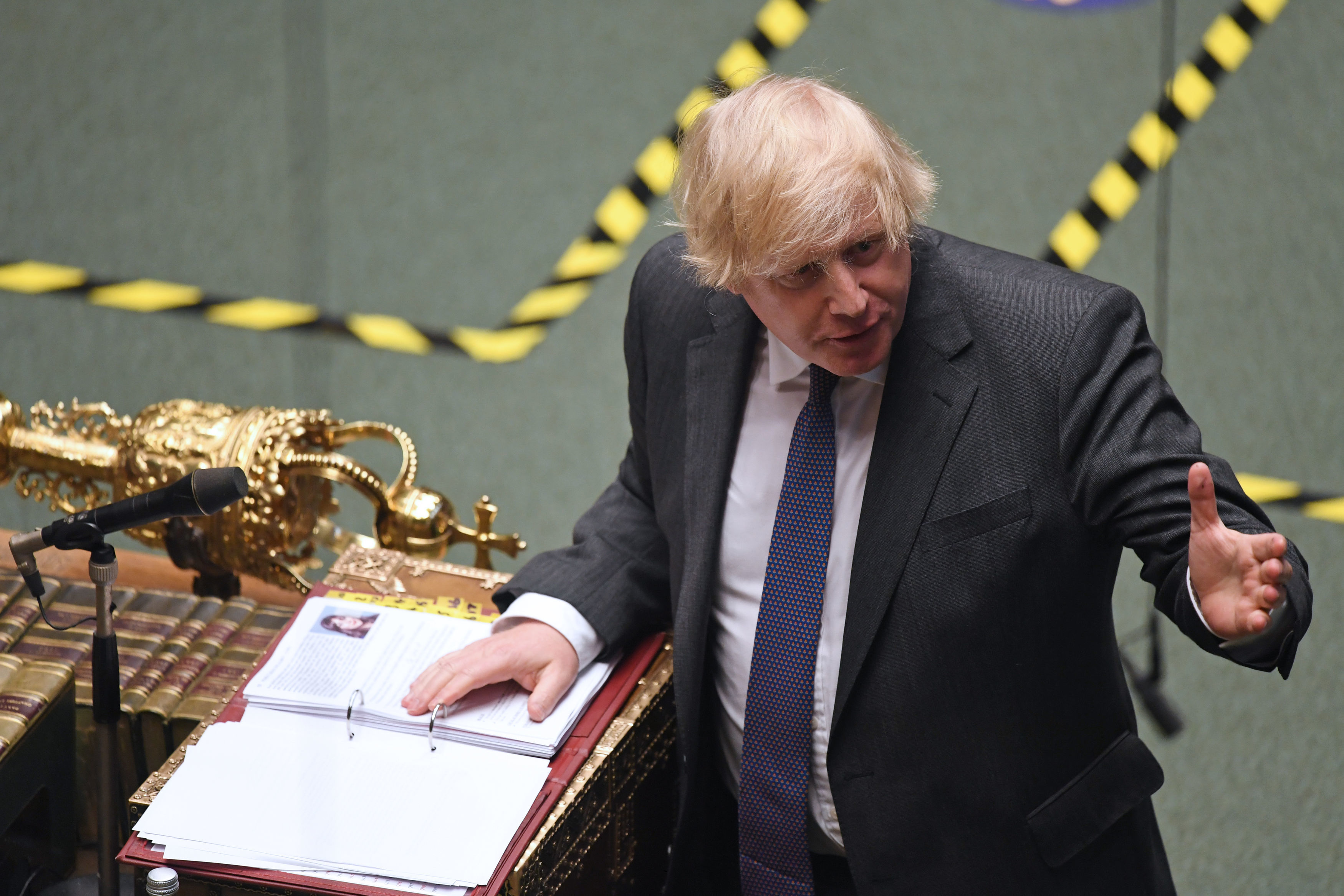 Sir Patrick said that currently around 0.06% of the population of the UK – 33,000 people – was now estimated to have the disease and that the numbers were "flattening off" rather than going down to zero.

"Don't be fooled that this means it has gone away. The disease is growing across the world. It is coming down in the UK but it hasn't gone away," he said.

He said the current belief is that there is no risk of a second peak, however Government would "not hesitate to apply the brakes and re-introduce restrictions even at national level – if required".

Meanwhile, chief medical officer Professor Chris Whitty warned that Brits should expect to be living with coronavirus "for the long haul".

He said: "I expect there to be a significant amount of coronavirus circulating at least into that time [winter] and I think it is going to be quite optimistic that for science to come fully to the rescue over that kind of timeframe.

"But I have an absolute confidence in the capacity of science to overcome infectious diseases – it has done that repeatedly and it will do that for this virus, whether that is by drugs, vaccines or indeed other things that may come into play.

"For medium to long term, I'm optimistic. But for the short to medium term, until this time next year, certainly I think we should be planning for this for what I consider to be the long haul into 2021."