ABOUT 100,000 kids were infected with coronavirus in the last two weeks of July alone – a 40 per cent jump in the number of child Covid-19 cases, warn experts.

The American Academy of Pediatrics and the Children’s Hospital Association released their findings weeks before tens of millions of American students head back to classes for the new school year. 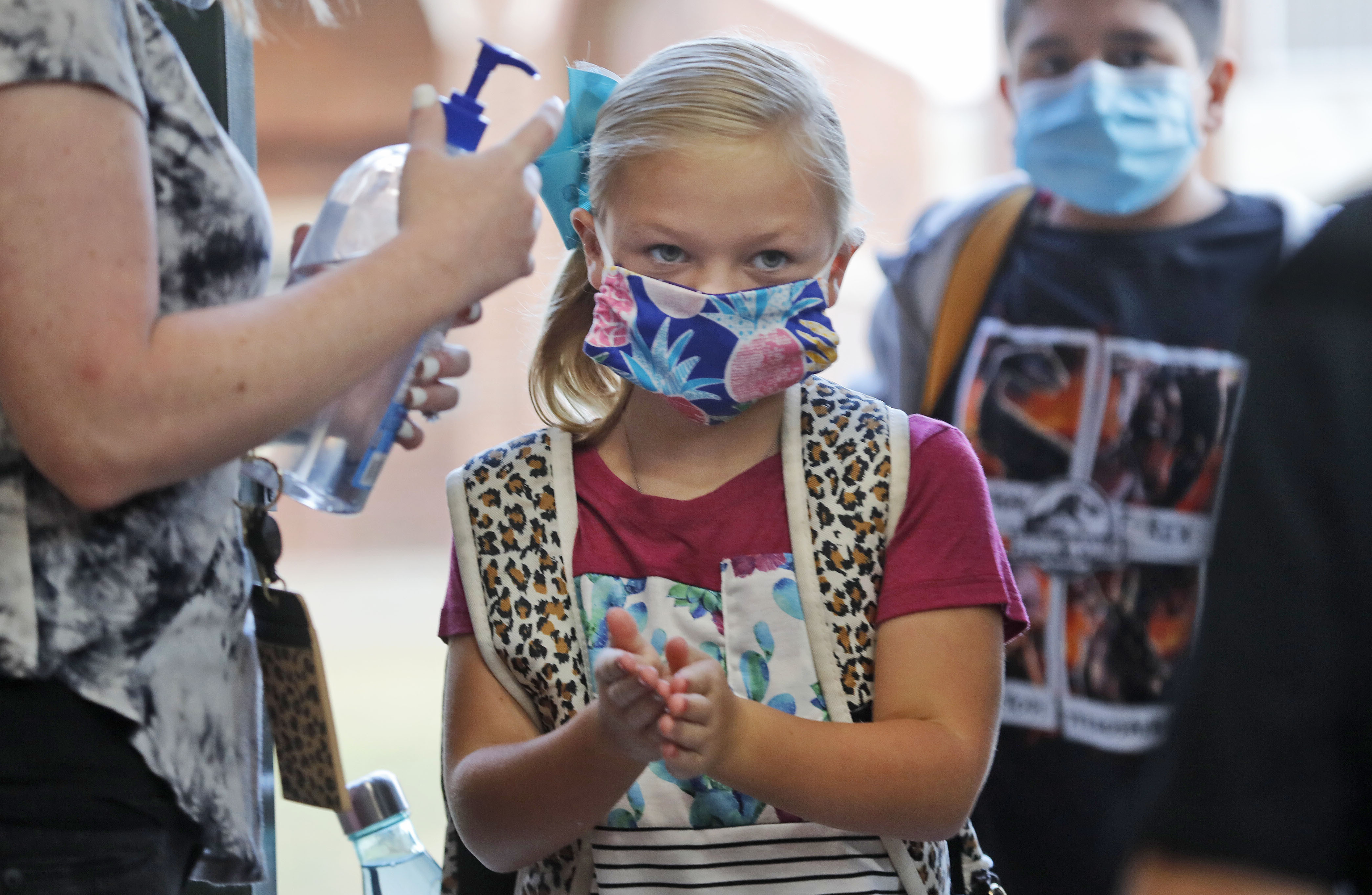 Their research comes as Americans and their political leaders remain divided over such issues as reopening schools, testing, business closures and mask orders.

The new joint report found that more than 338,000 children have tested positive for Covid-19 since the onset of the U.S. epidemic, with 97,078 new cases reported in the July 16-30 period.

Most of the new infections in this group occurred in states in the US South and West, according to the report, which was based on data from 49 states, New York City, the District of Columbia, Puerto Rico and Guam.

News agency Reuters pointed out that it did not give a reason for the recent spike.

However, testing for the coronavirus has risen in America.

Plus, concern about kids being possible spreaders of the virus have been sparked by new studies showing they can catch it. 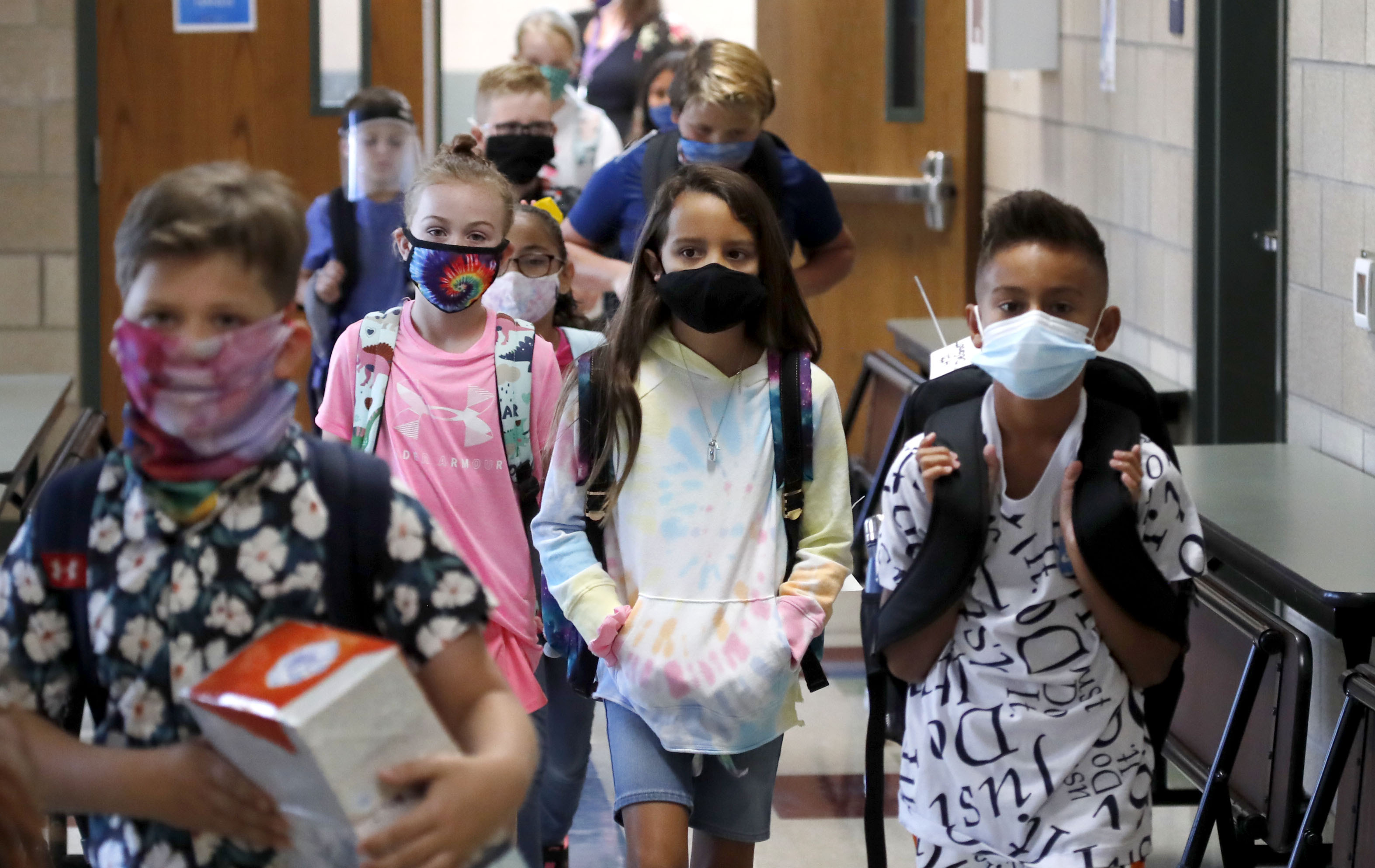 But, the American Academy of Pediatrics noted the data showed that severe illness due to Covid-19 appeared to be rare among children.

And, the U.S. Centers for Disease Control and Prevention has also said that children infected with the virus were less likely to have severe symptoms.

The CDC recently updated its guidance to recommend that schools reopen to some degree unless their communities were experiencing an uncontrolled or high rate of transmission of the virus.

In Britain, Professor Russell Viner, president of the Royal College of Paediatrics and Child Health, said yesterday “reopening schools is one of the least risky things we can do".

A key member of the UK government’s Sage scientific advisory group, he insisted it would “add little” to the crucial “R” spread rate by sending kids back to lessons.

Children account for a tiny fraction of the more than 162,000 people who have died from Covid-19 in the US.

More than five million people across the country have contracted the bug, representing about one-quarter of the total worldwide cases. 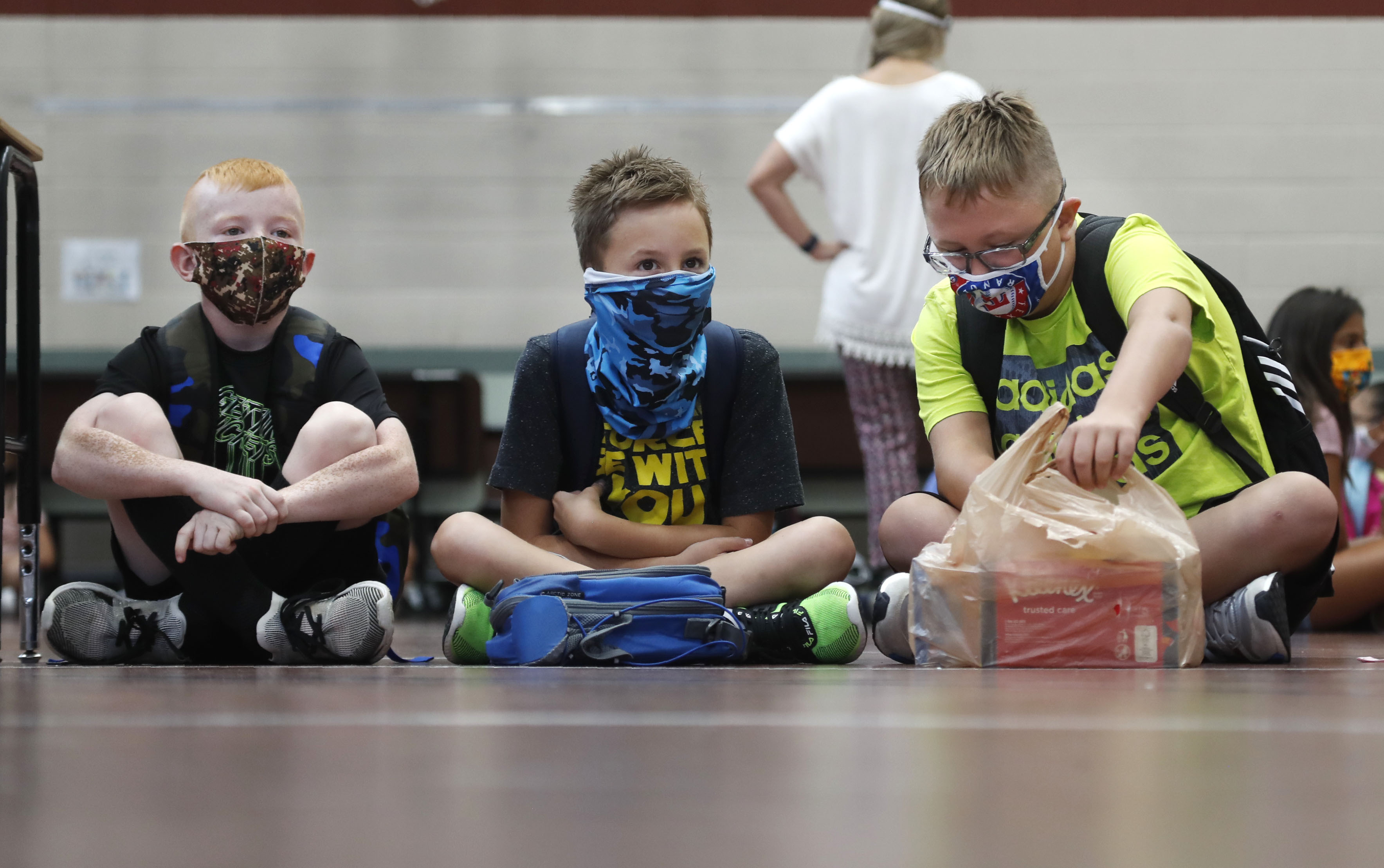 Health experts are keeping an eye on coronavirus infections among kids and teenagers.

Officials are still struggling with the thorny question of whether to reopen schools for in-person classes, adopt a virtual learning model or a hybrid of the two.

But nervous health officials have expressed caution about doing so in areas where cases have been rising sharply.

Some cities including Chicago and Los Angeles plan to start the school year with online classes.

Meanwhile New York City, once the epicenter of the US pandemic, plans to have at least some in-person learning in all its school districts in the fall. 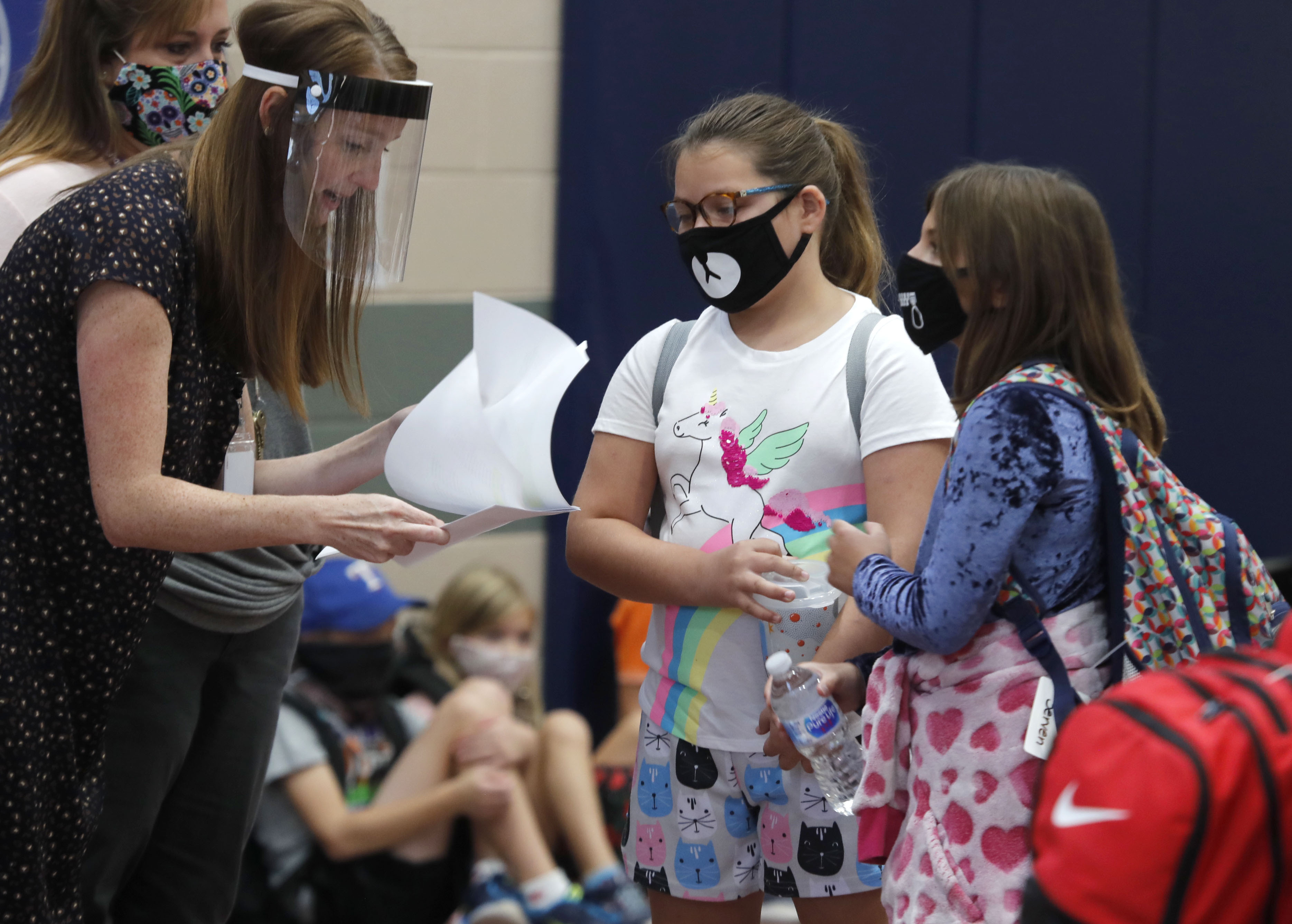 New York Governor Andrew Cuomo said last Friday that some 700 districts in the state could reopen classrooms, but urged them to consult with teachers, students and parents.

“If you look at our infection rate we are probably in the best situation in the country right now.

In NYC where 1.1 million children attend the country’s largest network of public schools, Mayor Bill de Blasio has said student attendance will be limited to between one and three days each week.

Some states, including Florida and Iowa, are mandating schools provide at least some in-person learning, while the governors of South Carolina and Missouri have recommended all classrooms reopen.

Los Angeles, home to the nation’s second-largest school district, has said students will remain home for the start of the new term.

Texas had initially called for schools to reopen but has since allowed districts to apply for waivers as the state grapples with a rising case load. 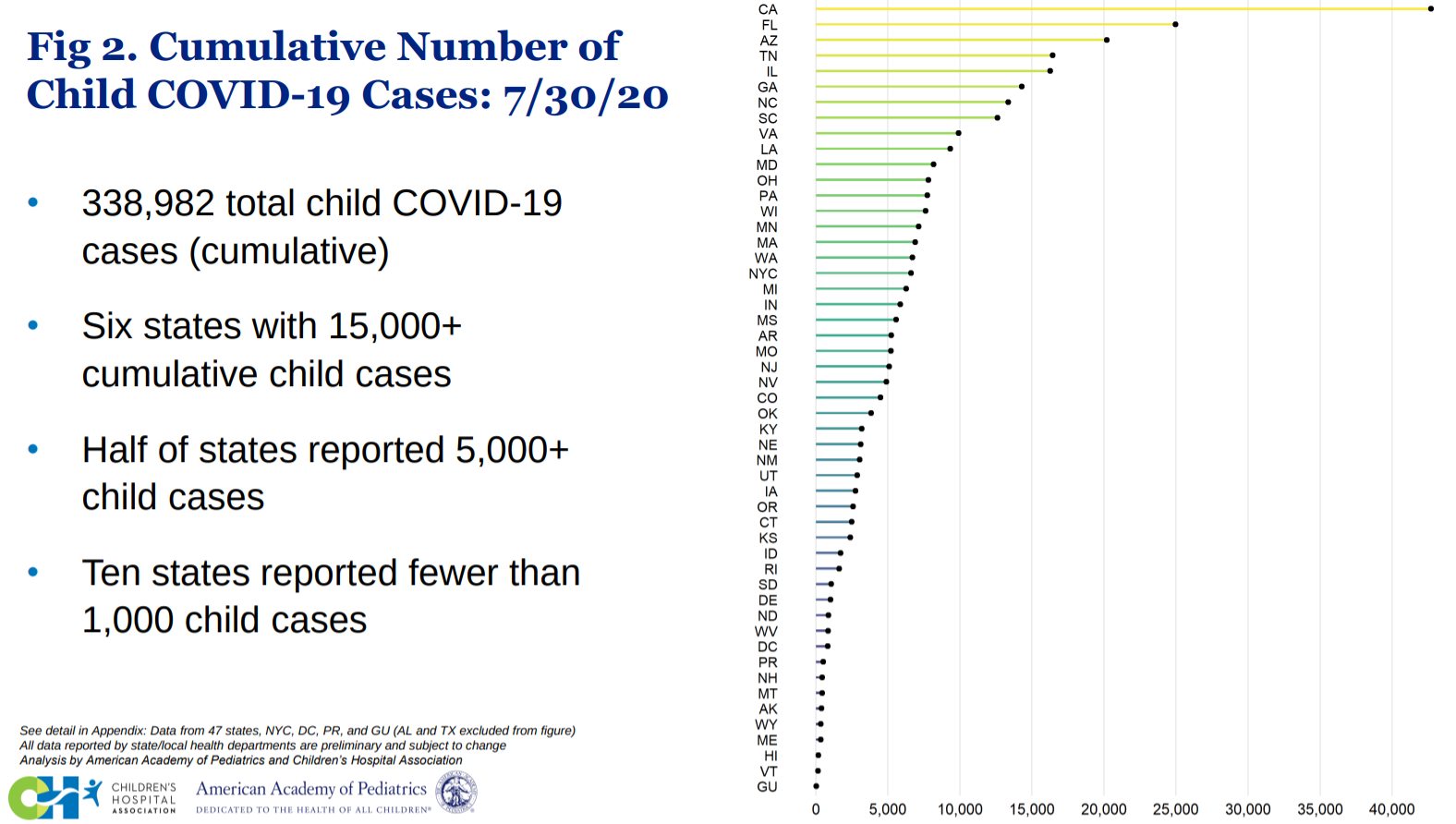