A tiny parish in Cornwall could become the most valuable place on Earth thanks to the discovery of huge copper reserves, experts said today.

The village of Gwennap covers just a square mile but drilling tests have revealed it is home to fresh reserves of copper-tin mineralisation.

During the 18th and early 19th centuries the parish was called the ‘richest square mile in the Old World’. It had the richest copper reserves on Earth at the time.

Tests show that Gwennap could be set to reclaim that crown. 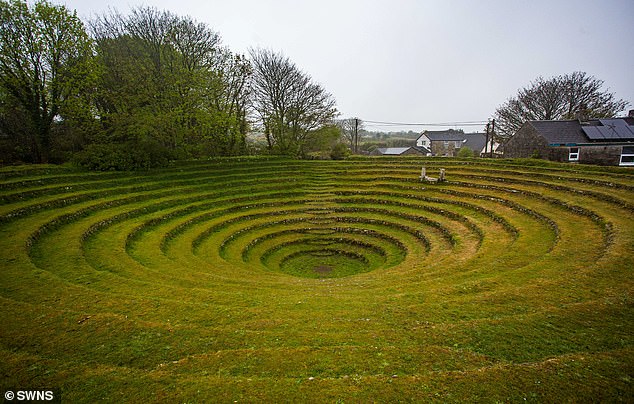 The high-grade copper-tin mineralisation has been discovered by Strongbow Exploration between the historic United and Consolidated Mines near St Day (pictured, Gwennap pit) 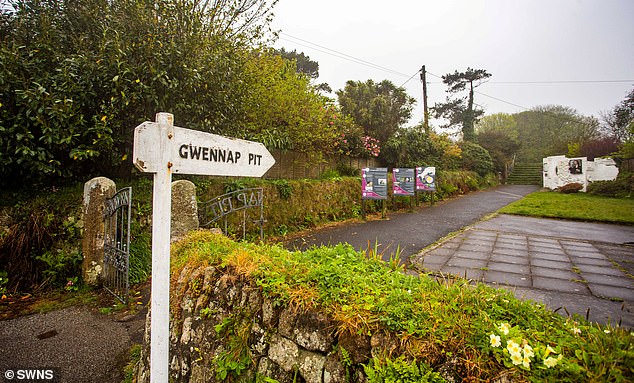 The village of Gwennap covers just a square mile but drilling tests have revealed it is home to fresh reserves of copper-tin mineralisation (pictured, sign pointing to pit)

Copper is widely used in electronics and many vital components of modern tech are made of the mineral as it is an electricity conductor.

The high-grade copper-tin mineralisation has been discovered by Strongbow Exploration between the historic United and Consolidated Mines near St Day.

Richard Williams, chief executive of Strongbow Exploration, said: ‘Cornwall is truly unique in the UK – it’s what we call a mineral province.

‘Historically, miners would just exploit the minerals in front of their face and, when a mine stopped producing, it closed down and they moved on. 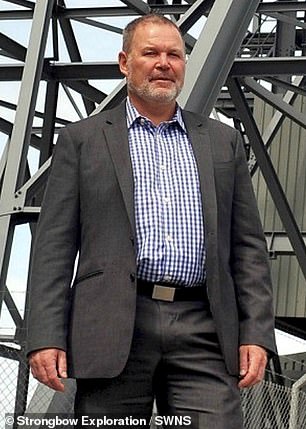 ‘There had been some government tax incentives in the Sixties to carry out further exploration of the mining potential of the UK.

‘There are some 2,000 documented mines in Cornwall but with the advance in new technologies we believe most remain under exploited.

‘There is a huge potential to find some of the highest quantities of tin, copper and lithium and our exploration drilling holes have reaffirmed that belief.’

Mr Williams added: ‘Cornwall has a massive role to play in the growth of the UK’s tech sector. In terms of security of supply, its mineral wealth is important, especially if the Government has desires to build its own high-tech industry.

‘From renewable energy to robotics, all these industries require metals like copper, tin or lithium – and Cornwall has plenty of it.’

The high-grade copper drill tests were carried out by another mining company, Cornish Lithium, which is looking for lithium under Cornwall.

The company believes the discovery of lithium, used in batteries and valuable to the telecoms businesses, could speak a new UK industrial revolution.

The private exploration company, based at the Tremough Innovation Centre, Penryn, entered into an agreement with Strongbow in 2017. 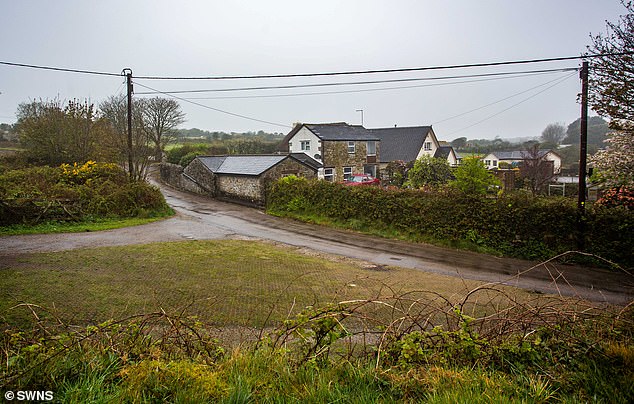 During the 18th and early 19th centuries the parish was called the ‘richest square mile in the Old World’. It had the richest copper reserved on Earth at the time

It has the right to explore some of Strongbow’s mineral rights in Cornwall for lithium in brine, while Strongbow retains the rights to any hard rock mineralisation.

The latest drill holes, between up to 330ft deep, showed copper mineralisation greater than 20 per cent, which further tests are expected to confirm.

Mr Williams said Cornwall’s potential was enormous because the new samples showed 7.5 per cent concentration – well above the 0.5 per cent average.

‘While the work at South Crofty requires more capital our new drilling in the area around will hopefully show continuous mineralisation for tin and copper, both vertically and laterally,’ Mr Williams explained.

‘With further drilling tests, we are confident we can get finance for exploration.

‘This is a massively exciting opportunity and the people of Cornwall and local authorities have been really supportive.’

A spokesperson for Cornish Lithium said: ‘Cornish Lithium continues to enjoy a strong relationship with Strongbow Exploration and is excited about the opportunities that this discovery highlights for the mining industry in Cornwall.’