COPS stopped a "total plank" driving around with his car crammed full of rubbish and even more strapped to the roof.

The "dangerous" motorist was arrested in Brighton, East Sussex, after stuffing his vehicle with mountains of junk – and even chucking a washing machine on top. 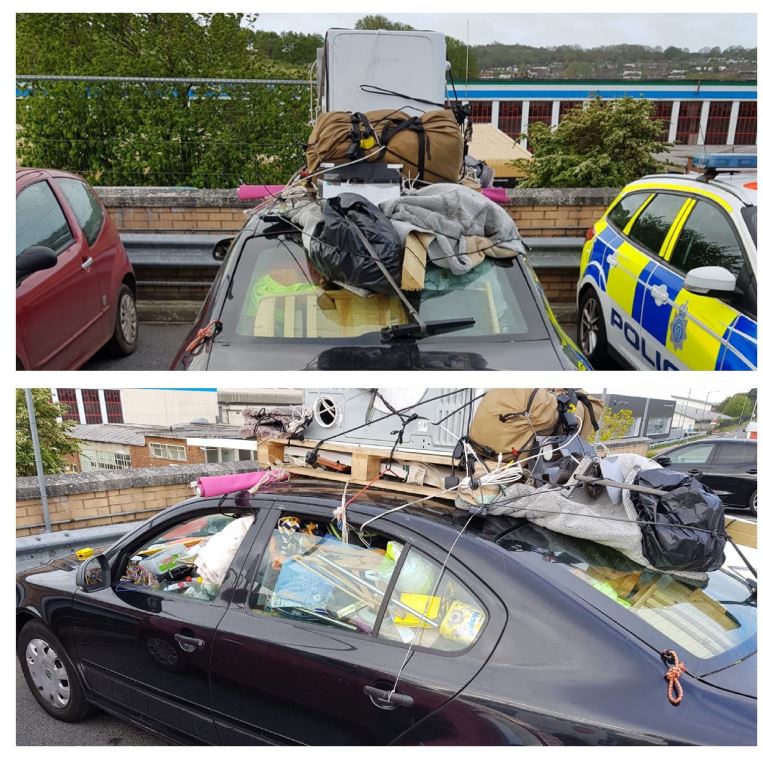 Police were stunned by the sheer amount inside the car, which was so full the driver couldn't see out of the windows.

He also had a pallet, washing machine and several bags on the roof – 'secured' by string attached to the back windscreen wiper.

Officers said the driver claimed his precarious set-up was safe, but slammed there was "no excuse".

"Transpired the driver thought travelling around with all this on his roof was okay!

"He’s been arrested for driving a vehicle in a dangerous condition and assaulting a police officer. #NoExcuse."

The motorist was ridiculed by Twitter users, with one calling him a "total plank".

One person joked: "Of course it was safe, it was tied to the windscreen wiper!"

Another commented: "Was he moving house, or on the way to the dump?"

And one wrote: "As a motorcyclist that fills me with dread! Imagine a washing machine bouncing towards you on the motorway!….idiot." 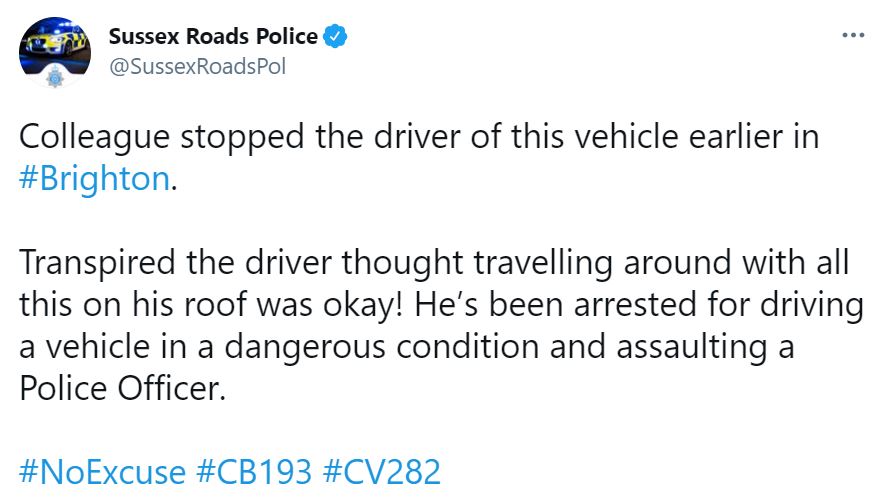