Cops find body of RFK’s missing great-grandson Gideon, 8, six days after he vanished on a canoeing trip with his mother

Police have found the body of Robert F. Kennedy’s missing great-grandson, six days after he went missing while canoeing with his mother.

Gideon McKean and his mother Maeve went to fetch a ball from Chesapeake Bay last week and vanished for days.

His body was recovered by searchers in Maryland about 1.40pm Wednesday.

‘The Maryland Natural Resources Police Underwater Operations Team recovered Gideon deceased in 25 feet of water and 2.3 miles south of his grandmother’s residence in Shady Side, Md. where the canoe was launched,’ cops said in a statement.

‘Gideon was located about 2,000 feet from where his mother, Maeve Kennedy Townsend McKean, was located.’ 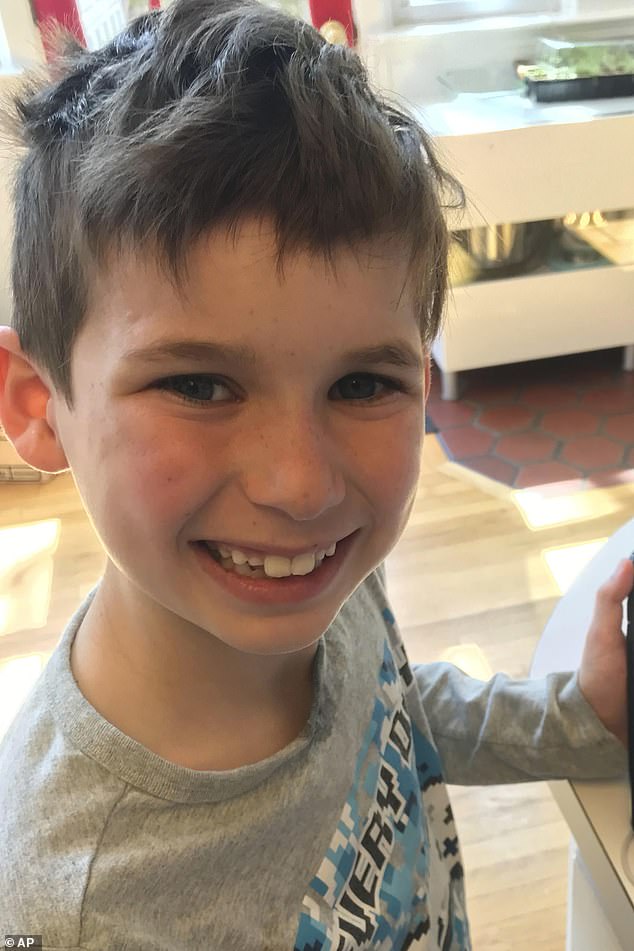 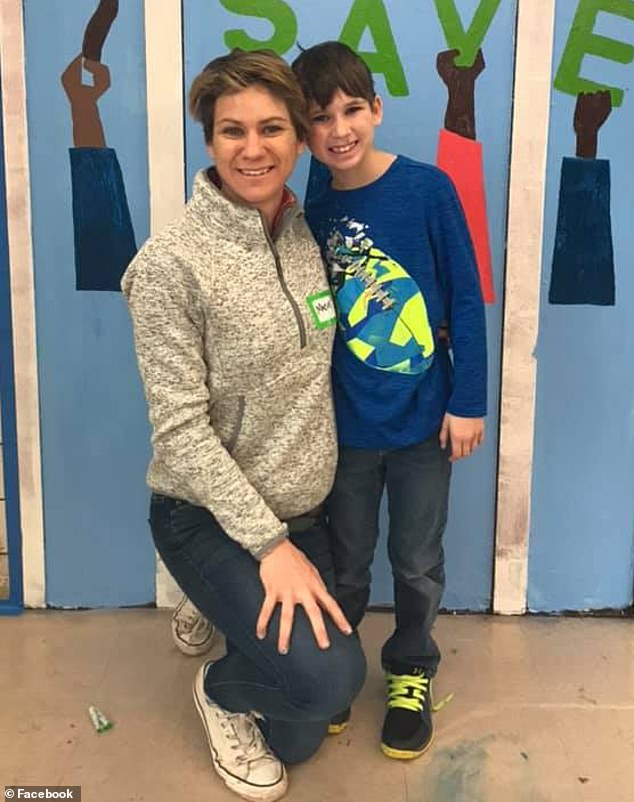 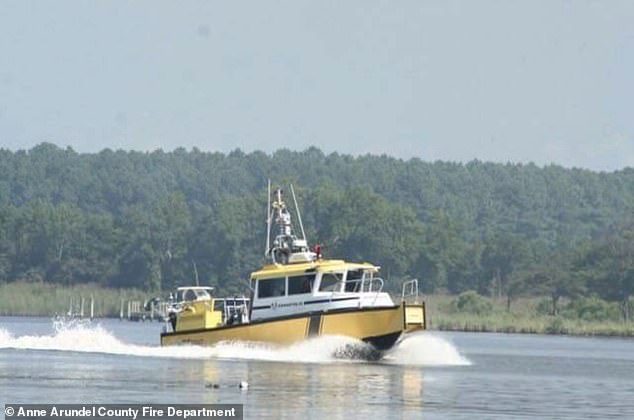 The Maryland Natural Resources Police, along with allied agencies, were actively searching and the pair were presumed dead

They are survived by husband and father David McKean, as well as young children Gabriella and Toby.

David said the family had gone to the house ‘hoping to give our kids more space than we have at home in DC to run around’ amid the coronavirus lockdowns.

Half an hour after getting into the boat, an onlooker from land saw them far out from shore, and called the police as they struggled to return. But after that last sighting, they were not seen again.

On Thursday night authorities had found overturned a canoe matching the one used by the pair. It’s believed the boat was flipped by strong winds.

The US Coast Guard stopped searching for the mother and son on Saturday but Maryland Natural Resources Police Underwater Operations continued.

Kathleen’s brother, Robert F Kennedy Jr, posted on Instagram: ‘Tonight, the Coast Guard informed our family that it has terminated rescue operations. The search for remains continues. Rest In Peace Maeve and Gideon.’

Kathleen herself said in a statement Friday night: ‘With profound sadness, I share the news that the search for my beloved daughter Maeve and grandson Gideon has turned from rescue to recovery’. 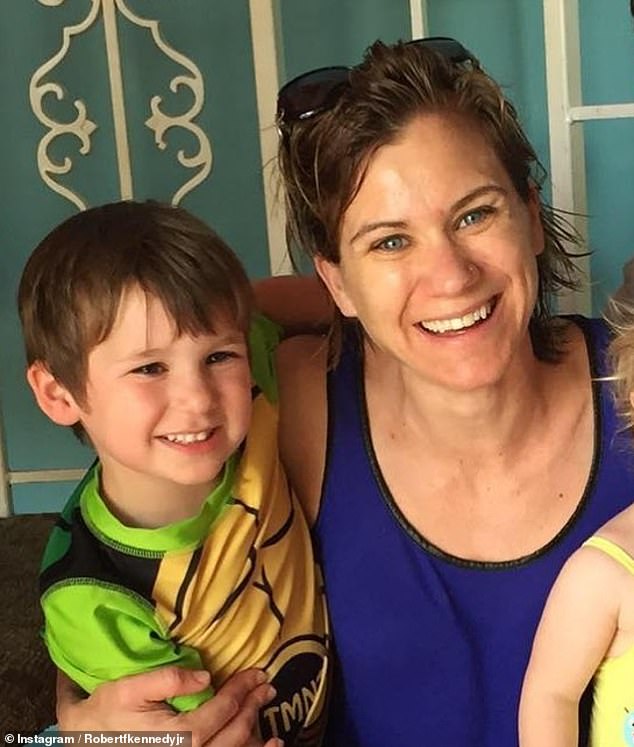 Robert F. Kennedy’s great-grandson, Gideon, and his mother, Maeve were both presumed dead 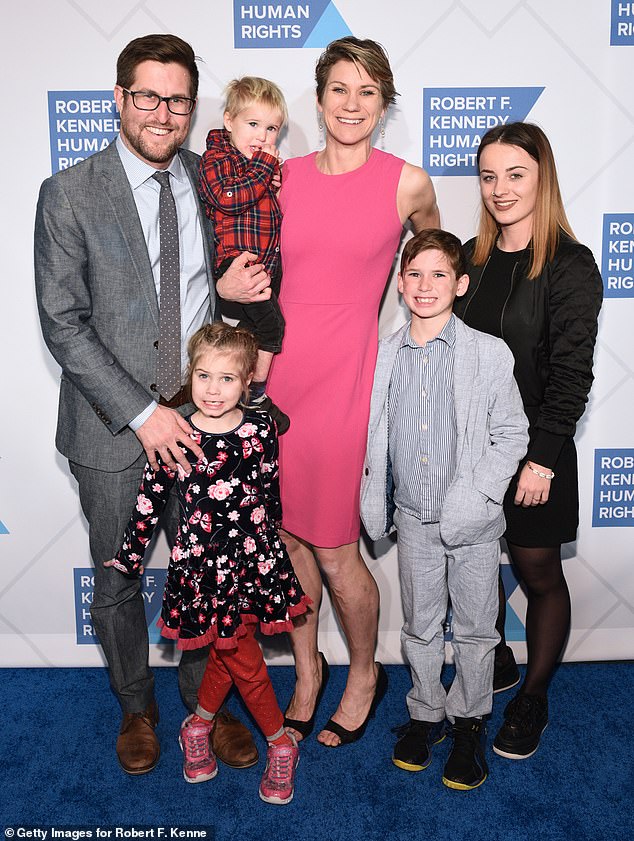 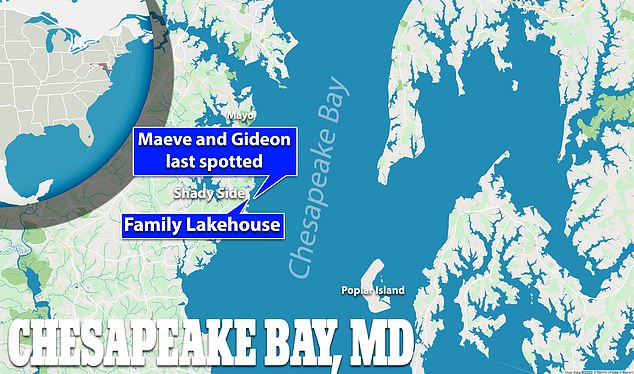 The family is usually based in Washington, DC, but had moved to the lakehouse amid the coronavirus crisis 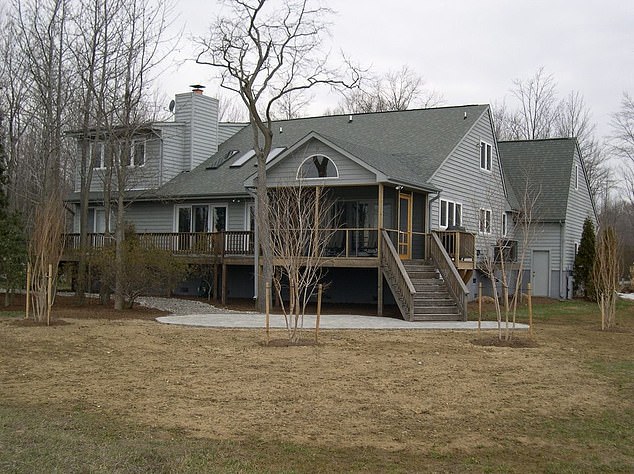 Maeve and David were spending time with their three children at the family lakehouse in Shady Side, Maryland (above), when the tragedy occurred

The mother’s body was recovered around 5.30pm on Monday.

Maeve, a public health and human rights lawyer, was found about 2.5 miles south of the Shady Side, Maryland home of her mother.

Gideon was presumed dead alongside his mother.

‘Gideon was 8, but he may as well have been 38,’ David wrote in a Facebook post before they were found.

He described his son as ‘deeply compassionate’.

‘He spent hours upstairs reading, learning everything he could about sports, and trying to decipher the mysteries of the stock market. But he was also incredibly social, athletic, and courageous,’ David said on the Facebook post.

‘For his school picture, he gathered a couple of his many friends to be in the shot with him. He played every sport he could, complaining to me that even though he was often playing six days a week, there was still that seventh day, and why hadn’t I signed him up for something else.’

‘And he was brave, leading his friends in games, standing up to people who he thought were wrong (including his parents), and relishing opportunities to go on adventures with friends, even those he’d just met. It is impossible to sum up Gideon here. I am heartbroken to even have to try. I used to marvel at him as a toddler and worry that he was too perfect to exist in this world. It seems to me now that he was.’ 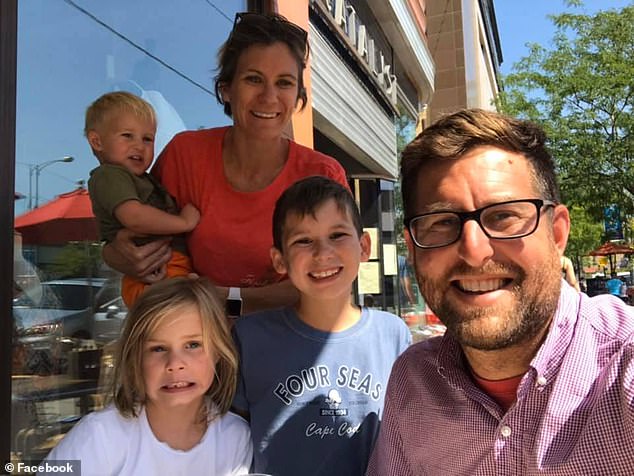 Maeve and her husband David McKean are pictured with their three children, Gideon, Gabriella and Toby in a recent Facebook snap

THE KENNEDY CURSE: TRAGEDIES THAT ROCKED AMERICA’S MOST FAMOUS FAMILY

November 1963: President John F. Kennedy is assassinated in Dallas, Texas at the age of 46

June 1968: Senator Robert F. Kennedy – who was campaigning to be the Democratic nominee in that year’s Presidential Election – is assassinated in Los Angeles at the age of 42 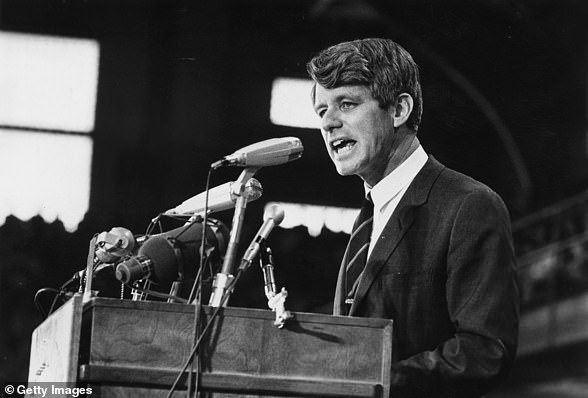 Curse: Senator Robert F. Kennedy was assassinated in  Los Angeles at the age of 42 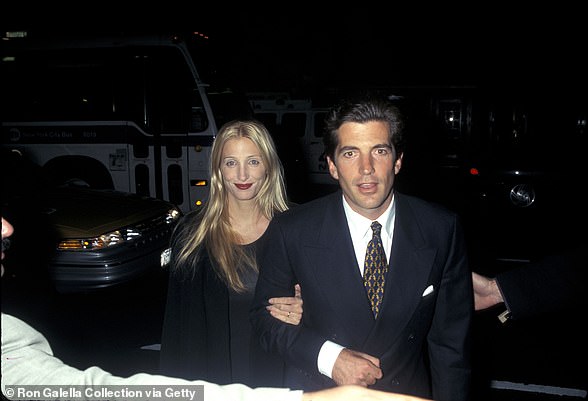