COPS in Kentucky have busted a driver who creatively drew his license plate and tried to pass it off as the real thing.

Police stopped the vehicle last Wednesday and found that the driver had no insurance and was driving on a suspended license. 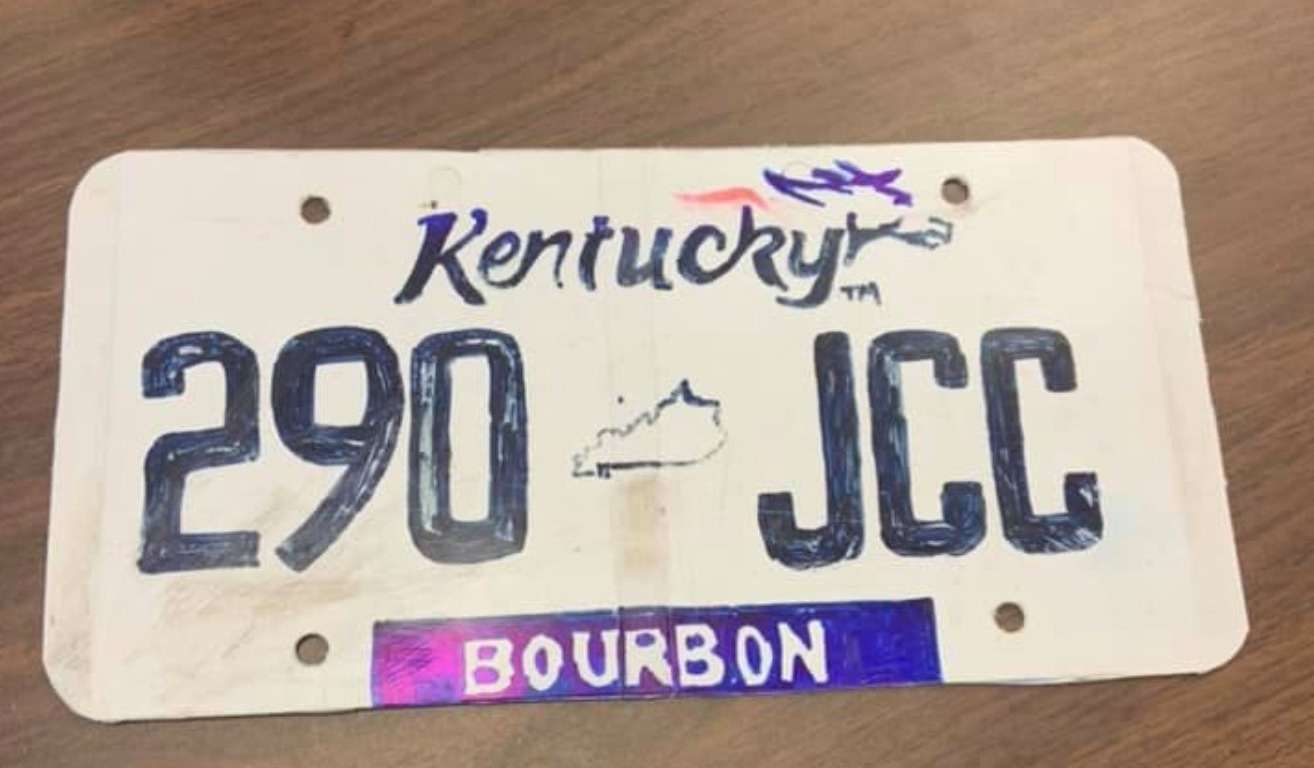 In a post to their Facebook page, the Millersburg Police Department said they quickly noticed that “something just didn’t seem right about this particular license plate.”

The fake plate was drawn on paper with markers, which made it resemble the real Kentucky state license plate.

The police department added the following it "is dedicated to keeping the roads safe for responsible drivers in Millersburg and Bourbon County."

The post quickly gained traction online viral with more than 6,000 shares as of Tuesday.

One comment said, "great job guys! Yall the real Hero's #Bluelivesmatter," while another person wrote, "Thank you all for keeping our town safe."