Police officers from across NSW say complaints are being “weaponised” and used to push good officers out while protecting underperforming police who are part of "cliques".

The Herald has spoken to more than 20 current and former police from metro and regional areas who detailed accounts of toxic leaders, cover-ups and “upwards bullying” of senior police by lower-ranked officers, who they claim gang up on their managers. 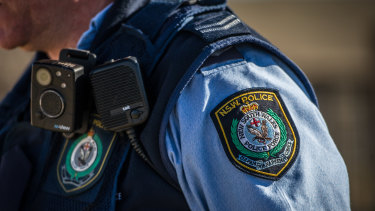 Police officers from across NSW say complaints are being “weaponised” and used to push good officers out while protecting underperforming police who are part of “cliques”.Credit:Karleen Minney

These accounts mirror a series of damning reports about dysfunction at police commands across the state by the Law Enforcement Conduct Commission (LECC), an independent body that oversees the NSW Police Force.

Police lodge hundreds of complaints against their colleagues every year because they must report any misconduct. Generally, complaints are handled within the Local Area Command (LAC), which allows groups to collude and “stitch-up” their colleagues, officers told the Herald. 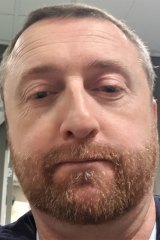 Former police sergeant David Thomson was medically retired from the force in April 2020.

The case of an officer who complained about a “deficient investigation and malicious prosecution”, where charges were withdrawn on the first day of the trial, was detailed in LECC's annual report last week.

A second look at the complaint found the original investigation to be “inadequate”. And a review of other investigations involving the complainant found “a number” of sustained findings had to be overturned and the officer was reinstated in August.

The LECC reviewed reports from a range of commands across the state that found an "entrenched culture of misbehaviour, including sexual harassment, led by senior officers and emulated by junior staff" at one police command. In another area, a "clique" driven by the team leaders was "fostering a climate of bullying and harassment towards staff that were not in the ‘clique’".

Former police sergeant David Thomson was medically retired from the force in April 2020 and says he left as a direct result of bullying and malicious, “weaponised” complaints.

“One of the constables I had issues with was part of a clique and she had six or seven friends on the team [so they] ganged up and said I was the problem,” Mr Thomson said.

“The policies are there to protect the organisation and obligate people to do things but there’s too much subjectivity to it, ” Mr Thomson said. “Anyone can lead someone to a conclusion by deliberately redacting and misrepresenting investigations.”

The volume of complaints makes it “almost impossible” to investigate them all properly, Mr Thomson said.

There were more than 25,000 complaints against police by other police, anonymous sources and the public in the five years to 2020.

Data obtained by the Herald under freedom of information laws shows more than half of all complaints about police from 2015 to 2020 were not investigated, about one in five were not sustained when investigated, and about 22 per cent were sustained. But the rate of sustained complaints varied from less than 10 per cent in the Manning-Great Lakes district on the North Coast to more than 30 per cent in the Hills Shire.

NSW Police said there are many reasons not to investigate a complaint, including allegations being too old or vague or not relating to a police officer's conduct.

The LECC told NSW Police it did not agree with its decision to decline to investigate 117 misconduct matters last year. In about 13 per cent of those cases, at least one sustained finding was made but half of the cases resulted in no sustained findings.

The LECC reported on "issues" within the NSW Police complaints system earlier this year after expanding an investigation into a commander, who it alleges was bullying and harassing his staff between 2013 and 2019.

In July, the LECC said there were “low levels of complainant confidence” after it reviewed how internal complaints were managed and investigated by NSW Police in 2017 and 2018.

Some police “feared reprisal”, experienced “physical and/or psychological harm" from bullying, discrimination and harassment and there was “recidivist behaviour” among some officers.

One retired inspector said he had serious concerns about cover-ups and the way complaints were used for "internal power building” as local investigations were “stitching up the people they don't want”.

“I ended up with more than a dozen criminal allegations against me and over 20 internal complaints, none of which were sustained,” he said.

“I was never charged with any offence, they just kept interviewing me criminally – and that's what they do, they just go and go and go until you break. And it got to the point where my psychologist said no more, you just can't go back.”

Stephen Bell, medically discharged from the force in 2012, blew the whistle on misconduct at his former command and since then has become a “touchstone for disgruntled cops”.

“The busiest stations that have a big flow-through of cops don't seem to have the problem as much because idle hands make the devil's work,” Mr Bell said. “Whereas regional centres like Wagga or Grafton have long-term senior police who are deeply entrenched in the community and they develop networks.” 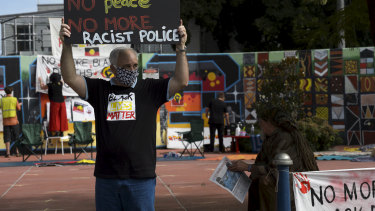 Erin Sellars, a consultant lawyer with Don Cameron and Associates, does hundreds of police cases each year and says there's been an increase in bullying cases recently.

“If you're in the group, you're fine, but if you get offside with the bully, then you're ostracised and they make up little, stupid complaints to try and drive people out via a 181D, which is a power to remove an officer,” Ms Sellars said.

“You get these characters that instead of their conduct being dealt with, the police force just allows them to stay in there and they don't address their behaviour at all."

“Outside the police force, the behaviour behind many complaints would either not be serious enough to trigger a formal process or would be channelled to matters of job performance rather than matters of misconduct,” Mr King said.

NSW Police are "currently considering the recommendations in several LECC reports" and introducing “once-in-a-generation” changes to their complaints systems.