A convicted terrorist serving 42 years in prison for an attack on her Melbourne homestay host is facing more time behind bars after pleading guilty to stabbing a fellow inmate while in custody and being a member of Islamic State.

Bangladeshi woman Momena Shoma, 28, fronted Melbourne Magistrates Court on Tuesday after being charged with engaging in a terrorist act and being a member of a known terrorist organisation. 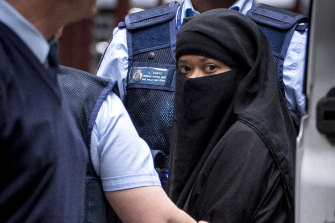 Court documents released to The Age show the jailhouse attack occurred at Dame Phyllis Frost Centre on October 30, 2020. The documents also reveal officers from the Joint Counter Terrorism Team charged Shoma late last year with being a member of Islamic State between about July 4, 2019, and the day of her latest attack. During this time she was behind bars. 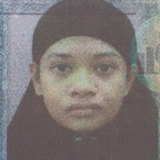 Shoma sat mostly in silence throughout the brief hearing, speaking via video link only to enter her pleas of guilty and to confirm that she understood.

Shoma stabbed Mr Singaravelu in the neck with a kitchen knife while he slept at his Mill Park home in February 2018.

The Supreme Court heard Shoma yelled “Allahu Akbar” as she carried out the attack in front of the victim’s young daughter. Days earlier she had been removed from another host family after stabbing a mattress.

During sentencing in 2019, Justice Lesley Taylor said while Shoma had arrived in Australia on a student visa to study with a scholarship, her only intention in coming to the country was to carry out a “chilling” terrorist attack.

On Tuesday magistrate Donna Bakos ordered Shoma to appear at the Supreme Court for a directions hearing on July 9.