Illegal armed groups are imposing strict COVID-19 quarantines in parts of Colombia where the state has a weak presence, threatening and even killing those who don’t comply, Human Rights Watch warned Wednesday.

At least nine people have been assassinated in recent months for either refusing to abide by the restrictions or actively opposing them.

One man, community leader Edison Leon, was killed in June after sending a letter alerting local authorities that members of a group called ‘La Mafia’ were forcing residents to staff a health checkpoint in the south-western region of Putumayo.

‘I am not willing to continue sending my people to death,’ he wrote. Days later he was killed.

COVID-19 cases have been steadily increasing in Colombia, with 165,169 confirmed as of Wednesday evening. There have also been 5,814 confirmed deaths. 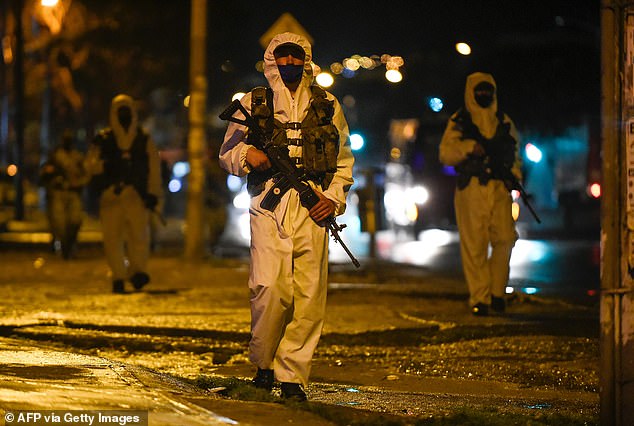 Illegal armed groups are imposing strict COVID-19 quarantines in parts of Colombia where the state has a weak presence, threatening and even killing those who don’t comply. Pictured: Soldiers on the streets in Bogota, Colombia’s capital, to enforce a strict lockdown 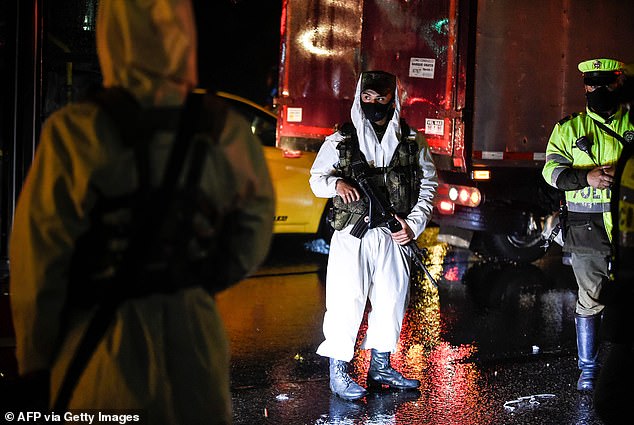 In the Pacific coast port city of Tumaco, which is one of the most dangerous places in Colombia, gangs have banned residents from fishing.

They have also imposed a 5pm curfew, which is far stricter than that imposed by the government. 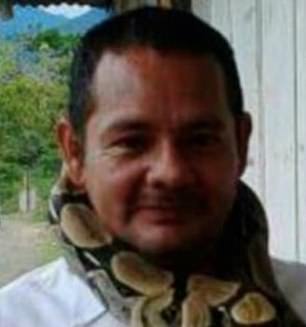 ‘Draconian punishments imposed by armed groups to prevent the spread of COVID-19 mean that people in remote and impoverished communities across Colombia risk being attacked and even killed if they leave their homes,’ said Jose Miguel Vivanco, Americas director for Human Rights Watch.

Vivanco said the groups – which include rebel dissidents of the former Revolutionary Armed Forces of Colombia and the National Liberation Army, among others – are using the pandemic to assert their control and gain legitimacy in the eyes of the public – but also acting out of fear of the virus itself.

Many of the rural areas where the groups operate do not have hospitals equipped with ventilators to treat those who become severely ill.

‘There is a genuine fear of an outbreak within their ranks,’ Vivanco said.

The nation is facing the pandemic at the same time that it is grappling with a host of other issues, including massive coca production, drug trafficking, and the killing of social leaders and former guerrillas in the aftermath of Colombia’s historic 2016 peace accord. 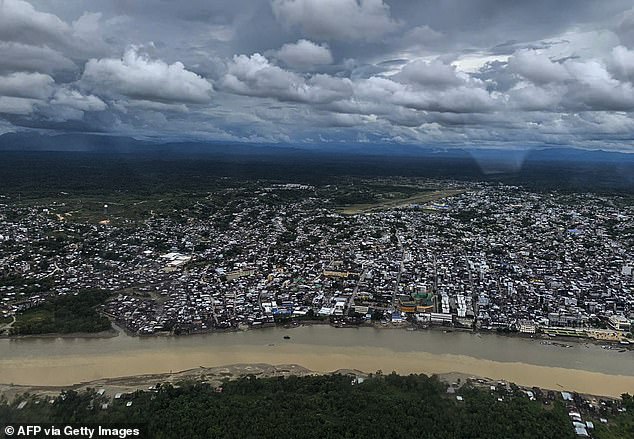 In the Pacific coast port city of Tumaco, which is one of the most dangerous places in Colombia, gangs have banned residents from fishing

Colombia’s unemployment rate is at about 21 per cent and officials estimate that 4.7 million people will become newly poor by the end of the year.

Human Rights Watch said its investigation found illegal armed groups are imposing rules to halt the spread of COVID-19 in at least 11 of Colombia’s 32 states.

In at least five, they are using violence to exert control.

The warnings arrive to citizens through paper pamphlets or WhatsApp messages.

One community leader in Putumayo told the Guardian on condition of anonymity that the cartels have ‘shut down transport between villages, and when someone is suspected to have Covid-19 they are told to leave the region or they will be killed.’

One pamphlet released the National Liberation Army rebels in northern Colombia earlier this year said fighters have been ‘forced to kill people in order to preserve lives’ and warned only those working in food stores, bakeries or pharmacies are allowed out. 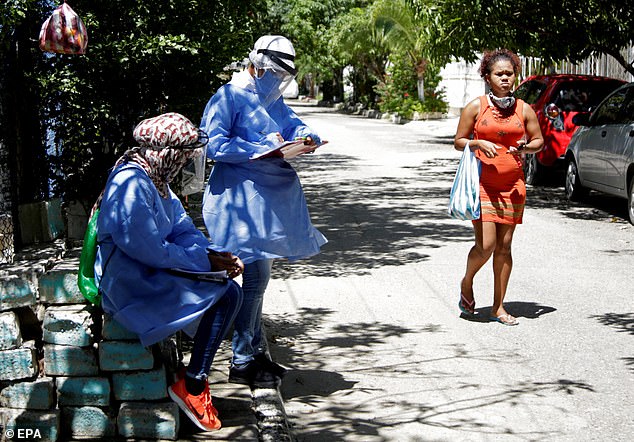 COVID-19 cases have been steadily increasing in Colombia, with 165,169 confirmed as of Wednesday evening. There have also been more than 5,800 confirmed deaths

In one case, three civilians were killed and four injured in southwestern Colombia after being gunned down while in a public park.

In another incident, two Venezuelan migrants were killed while drinking alcohol at a cellphone repair shop.

In both instances, prosecutors or humanitarian workers believe the victims were killed for breaking quarantine rules.

Though many crime indicators have fallen in Colombia and other parts of Latin America during the pandemic, violence against vulnerable communities including peasants, social leaders and ex-rebels has continued.

The organization is calling on Colombia’s government to protect civilians and ensure their access to health care, food and drinking water.

‘This abusive social control reflects the government’s long-standing failure to establish a meaningful state presence in remote areas of the country, including to protect at-risk populations,’ Vivanco said.