Co-op gives staff bodycams after more than 2,000 were attacked in the last year including worker who was knocked unconscious by thug

The Co-op has given staff bodycams after more than 2,000 were attacked last year, including a worker who was knocked unconscious.

The supermarket has rolled out personal safety gadgets which will record when shoppers become abusive and violent.

Workers at more than 500 stores have been given the gizmos – which hang round staff members’ necks.

The cameras are worn by police officers across the country, but increasingly shops are equipping staff and guards with them. 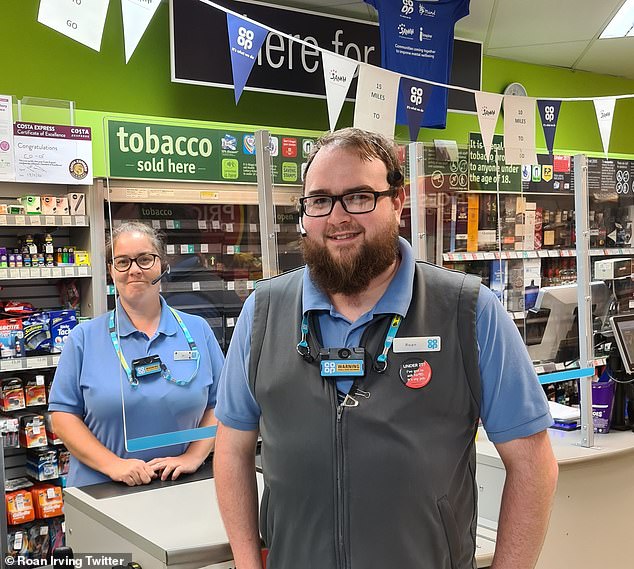 There has been a 40 per cent increase in violence and abuse against shop workers since lockdown began, according to the Association of Convenience Stores.

More than 2,000 Co-Op staff members have been assaulted in the last year, shocking figures reveal.

Earlier this month, a shop worker was knocked unconscious at a store in Markfield, Leics.

Other staff members have reported being spat at – and told they would catch the coronavirus.

Paul Taylor-Burr, who works in Crawley, West Sussex, tweeted that he was threatened with a screwdriver, a hammer and needles.

The Co-Op rolled out the body-worn cameras throughout July.

The footage feeds back to a control centre based in Belfast, Northern Ireland, and gets passed on to the police to catch thugs. 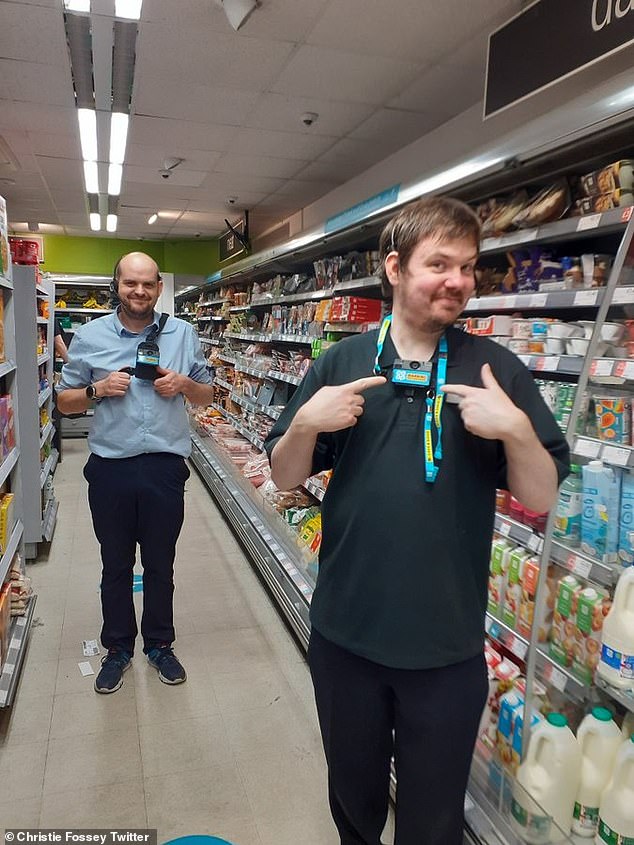 Daniel Orm, who heads up the Co-Op’s security team, said: ‘Being connected to them in a shop can really help colleagues feel a lot safer.

‘They can even talk to the shop and call the police in if things are looking a little tricky!

‘It’s also great for monitoring and building up a portfolio of evidence against repeat offenders.

‘We’re also helping roll out body cameras and personal safety devices to around 500 shops now too and it’s great to see them go down so well.

‘The personal safety devices also connect with our team in Belfast and we’re even just testing out getting a live feed from the body cams connected to them too.’

The Co-Op’s food chief executive Jo Whitfield said: ‘The safety of our colleagues in stores is something I worry about week in, week out.

‘I continue to see the horrific stories of incidents that are happening in our shops, as well as tuning into the news every morning to hear of yet another stabbing or violent incident happening on our streets.’

The supermarket is not the first in the UK to give staff members the special safety technology.

Sainsbury’s introduced neck-worn security cameras earlier this year to prevent their staff being attacked at work.

They were introduced in ‘a small number of stores’ where safety measures were considered necessary.

The Co-op  is building awareness and support for MP Alex Norris’ Assault on Shop Workers Bill which has seen its second reading in Parliament postponed.

The proposed legislation says that retail workers should be awarded greater protection when carrying out public duties such as checking the ages of people purchasing alcohol or tobacco.

Hundreds of Co-op colleagues from around the UK have filmed short videos detailing their harrowing experiences and will be sharing these on social media, asking for MPs to show their support.

Co-op Food CEO, Jo Whitfield, said:’Last year, more than 600 of my colleagues bravely took the time to share their own experiences of abuse, violence and intimidation with the Home Office as part of their call for evidence.

Yet here we are, a year on since the consultation closed and there has still been no response. My colleagues need to have their contributions acknowledged in order to know that the Government takes retail crime seriously. This issue is not going away, it’s just getting worse thanks to the onset of Coronavirus.’

‘The role played by shop workers in serving their communities, particularly doing the last twelve weeks, is nothing short of amazing and they have rightly been deemed as key workers who are playing an essential role in keeping the nation fed.

Yet despite this recognition, they are continually disrespected and have to contend with unprecedented levels of violence and abuse on a daily basis. This is not a Co-op problem, it’s a societal one that all retailers are concerned about.

‘So today, I’m calling upon MPs to support their constituents in backing Alex Norris’ bill and I will also be asking my peers at other retailers to do the same.

Enough is enough – store workers need to know that the Government is serious about tackling this issue and as an industry we must be united in protecting our workers.’