A centuries old church has been given the green light to celebrate the life of a former slave ship captain who became an abolitionist and wrote the hymn Amazing Grace.

The mediaeval Grade I listed church of St Peter and St Paul’s in Olney, Buckinghamshire, has had plans approved to set aside a memorial space in honour of John Newton.

Newton – who lived from 1725 to 1807 – was a slave trader who earned his living from the profits of slavery before becoming an abolitionist and turning to the church as a ‘reformed sinner’.

He is said to have fought for abolition with politician William Wilberforce, as an opponent of the slave trade – and was at one point a minister at the Olney church, which dates back to the 14th century. 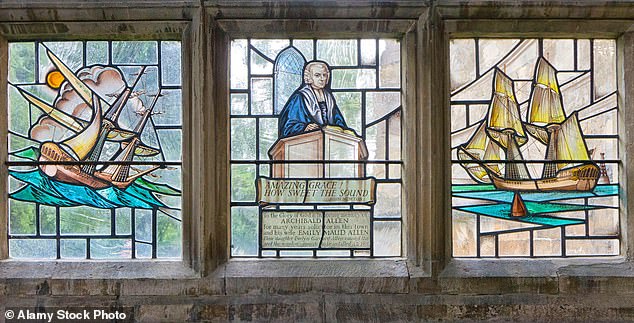 He is most well known for being a prolific hymn writer and was responsible for the hugely popular hymn Amazing Grace. Other famous hymns by him include ‘Glorious Things of Thee Are Spoken’ and ‘How Sweet the name of Jesus Sounds’. 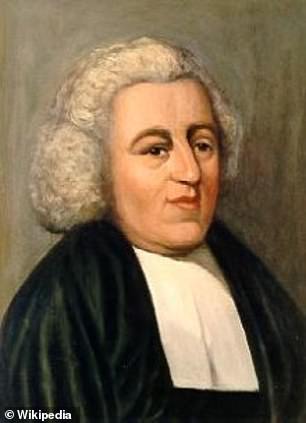 He died at the age of 82 in 1807, the year that the Act for the Abolition of Slavery was passed and was originally buried at St Mary Woolnoth church in the city of London where he had once been rector and where his wife was buried.

However, his remains were removed later because of work being carried out to the London Underground, and because of his connections with the church at Olney they were put in a newly created tomb at Olney which is itself now a Grade II listed structure.

The original brass plate from coffin is framed and displayed in the Olney church and many people make a pilgrimage to the church each year because of he was the writer of Amazing Grace.

Despite growing scrutiny over the murky links some church artefacts have to slavery, a senior Church of England official, David R Hodge QC, has given consent for a revamp of an area in the church behind the vestry.

The area will be used to create a John Newton themed space, with artefacts relating to him. A disused font that would have been used by him when he was at the church for baptisms will be among them. 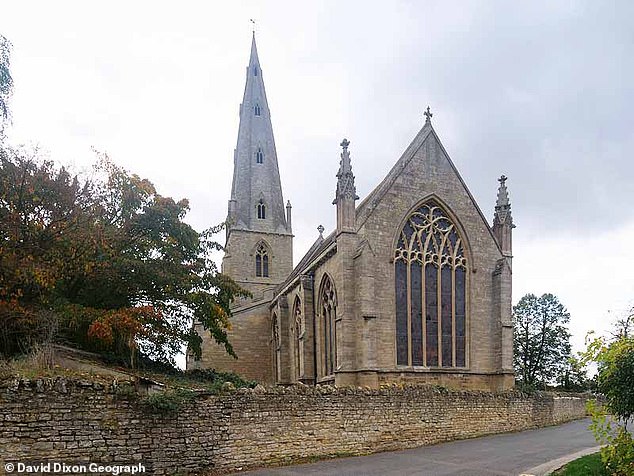 Giving the go-ahead for the plan, Chancellor of the Diocese of Oxford, David R Hodge QC, in his role as a judge of the Church of England’s Consistory Court, said the proposed display would acknowledge ‘Newton’s role in the slave trade, mapping his life through his involvement in that inhuman trade to his work with William Wilberforce in the abolition of slavery.’

Who was John Newton?

John Newton was born in London in 1725 and went to sea at the age of 11, ending up as master of a ship taking slaves from Africa to the Caribbean.

But he later realised the inhumanity of slavery and turned his back on seafaring after finding ‘God’.

He was given the post of curate at the Church of St Peter and St Paul in the Buckinghamshire town of Olney.

It was during this time that he composed hymns for his weekly sermon, often with the help of his neighbour, the poet William Cowper.

Together they produced a book of 282 hymns by Newton and 66 by Cowper.

The famous lyrics of Amazing Grace are: ‘Amazing Grace! How sweet the sound That saved a wretch like me! I was lost but now am found, Was blind but now I see.’

Some claim that Amazing Grace was copied from the melody of a song sung by slaves on Newton’s ships, with Newton inspiring his friend William Wilberforce MP to successfully lobby for the abolition of slavery.

He continued: ‘From the material that has been presented to me, it would appear that the church are alive to the need both to ensure that there is appropriate diversity amongst the presenters of materials which are to be displayed within the church, and to recognise the vital contributions made to the abolition of the vile trade in human flesh by African and other global majority heritage writers and abolitionists, women and working class reformers rather than simply focusing upon the work of prominent, white, upper and middle class male abolitionists like John Newton and William Wilberforce..’

He said he was satisfied that the proposed plan would result in no harm to the significance of the church as a building of special architectural or historic interest.

The move comes weeks after the Church of England published new guidance following the Black Lives Matter movement, which urges churches and cathedrals to consider the history of their buildings and the physical artefacts and how it could impact their congregations’ worship.

For some churches this means removing artefacts with links to slavery and colonialism.

In June 2020, the Church of England established an anti-racism task force which carried out a review of the action it had taken to address its own role in the slave trade.

Speaking on the issue last year the Archbishop of Canterbury, Justin Welby, said that justice is crucial to forgiveness as he stressed a need to learn from the past so that it is not repeated in the future.