Beijing rebukes Secretary of State Blinken after he called and demanded more transparency in the COVID origins probe: China calls Wuhan leak theories ‘absurd’ and stands firm over the pandemic

Secretary of State Antony Blinken stressed the need for cooperation and transparency over the origins of COVID-19 in a call with Chinese counterpart Yang Jiechi on Friday and raised other contentious topics, including China’s treatment of Uyghur Muslims, Hong Kong and Taiwan.

Yang, China’s top diplomat, expressed Beijing’s serious concern to Blinken that some people in the United States were spreading the ‘absurd story’ about the coronavirus escaping from a Wuhan laboratory, Chinese state media said. 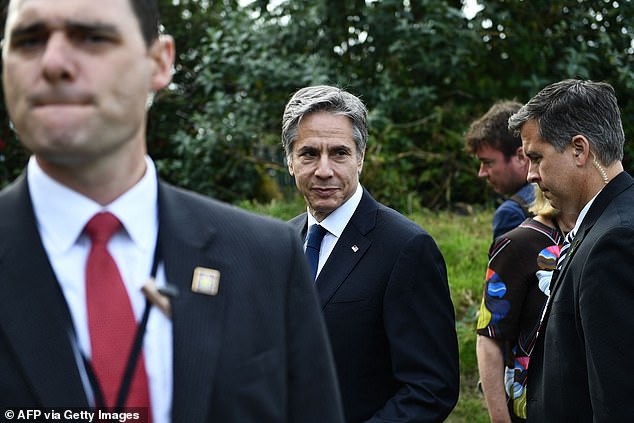 Secretary of State Antony Blinken spoke with China’s top diplomat by phone Friday and pressed him for transparency on the origins of COVID-19. Blinken also traveled with President Joe Biden to the G7 in Cornwall 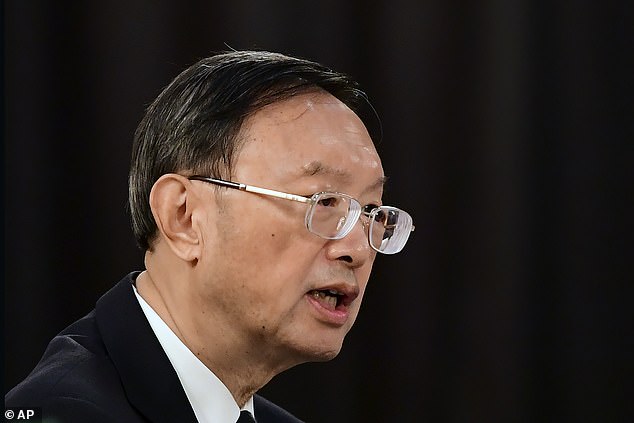 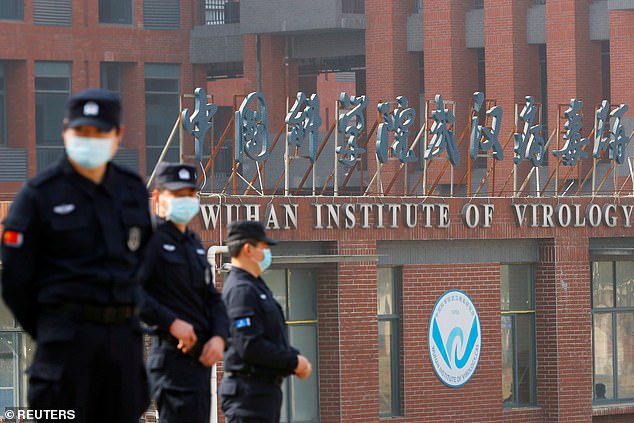 A theory that COVID-19 originally leaked from the Wuhan Institute of Virology gained more steam when President Joe Biden’s intelligence agencies couldn’t rule it out. World leaders are calling on the World Health Organization to leave a fresh probe into the virus’ origins

The call came ahead of a G7 summit in Britain attended by President Joe Biden that is expected to be dominated by Washington-led efforts to counter China’s growing influence.

The world’s two largest economies are deeply at odds over issues ranging from trade and technology to human rights and the coronavirus.

Washington should work with Beijing to put ties ‘back on track,’ Yang said.

Yang, who had a fiery exchange with Blinken in Alaska in March during the Biden administration’s first high-level meeting with its counterparts in China, said Beijing firmly opposed what he called ‘abominable actions’ over the pandemic, which he said were being used to slander China, CCTV said.

The State Department said the diplomats also discussed North Korea policy and that Blinken expressed U.S. concerns over the deterioration of democratic norms in Hong Kong and what Washington describes as the genocide of Muslim Uyghurs in China’s Xinjiang region.

Blinken also called on China to stop its pressure campaign against Taiwan and to release ‘wrongfully detained’ U.S. and Canadian citizens, it said in a statement.

The State Department said the discussion on North Korea – an issue on which the United States is keen for more Chinese action to press its ally and neighbor to give up its nuclear weapons – focused on the need for Beijing and Washington ‘to work together for the denuclearization of the Korean Peninsula.’

It said the two diplomats also continued discussions on shared global challenges, including Iran and Myanmar, and the climate crisis.

‘Addressing the COVID-19 pandemic, the Secretary stressed the importance of cooperation and transparency regarding the origin of the virus, including the need for WHO Phase 2 expert-led studies in China,’ it said, referring to the World Health Organization.

Bonnie Glaser, an Asia expert at the German Marshall Fund of the United States think tank, said that although the agenda included potential areas of cooperation, the conversation appeared dominated by contentious issues.

She said Yang’s call for Washington to work with Beijing to put ties ‘back on track’ indicated China was still putting the onus on the United States for the problems in the relationship.

‘That’s a non-starter, but demonstrates that the Chinese are sticking to their tried-and-true diplomatic approaches, even though they are not successful.’

A report on the origins of COVID-19 by a U.S. government national laboratory concluded the hypothesis of a viral leak from a Chinese lab in Wuhan was plausible and deserved further investigation, the Wall Street Journal said on Monday.

‘We urge the United States to respect facts and science, refrain from politicizing the issue … and focus on international cooperation in the fight against the pandemic,’ Yang said.

His comments on Taiwan followed a visit to the Chinese-claimed island last weekend by three U.S. senators on a U.S. military aircraft.

Democratic Sens. Tammy Duckworth and Chris Coons along with Republican Sen. Dan Sullivan made the stop.

They met Taiwanese President Tsai Ing-wen and announced the donation of 750,000 doses of COVID-19 vaccine for Taiwan, drawing a sharp rebuke from China’s defense ministry.