Prince Charles’s acceptance of a suitcase containing €1 million ($1.5 million) in cash from a Qatari sheikh will be reviewed by the UK’s Charity Commission.

Claims in The Sunday Times that the Prince of Wales accepted three separate cash payments for his charity from a former prime minister of the Gulf state totalling more than £2.5 million have attracted controversy. The heir to the throne is alleged to have personally accepted the cash donations for The Prince of Wales’s Charitable Fund between 2011 and 2015 from Sheikh Hamad bin Jassim bin Jaber Al Thani, who was prime minister of Qatar between 2007 and 2013. 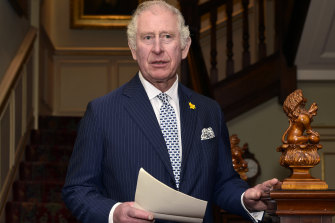 Prince Charles is facing questions over the “cash in bags” controversy.Credit:Getty

Clarence House said the donations were “passed immediately” to the charity which “carried out the appropriate governance and have assured us that all the correct processes were followed”.

There is no suggestion of any wrongdoing by either party, but the details have raised further questions about the judgment of the future king.

The Sunday Times reported that on one occasion the cash from “HBJ”, as Sheikh Hamad is known, was stuffed into bags from upmarket store Fortnum & Mason.

Sources told The Telegraph that some of the details of the handovers are disputed, and the Prince maintains that he has not broken any rules. The meetings in which the money was handed over were private and therefore do not appear in the Court Circular.

In a 2015 meeting at Clarence House, the Prince of Wales is said to have accepted a holdall containing €1 million.

One former adviser who handled some of the cash said that “everyone felt very uncomfortable about the situation”.

Coutts bank, which has served the Royal Family for decades, then collected the cash and it was paid into the accounts of the Prince of Wales’s Charitable Fund (PWCF). There is no suggestion that the payments were illegal. The charity offers grants and has bankrolled a number of the Prince’s personal projects, including Dumfries House in Scotland.

A Charity Commission spokesman said overnight: “We are aware of reports about donations received by The Prince of Wales’s Charitable Foundation. We will review the information to determine whether there is any role for the Commission in this matter.”

Charities can accept donations in cash, and the regulator issues guidance for trustees on how they should deal with any donations in compliance with the law.

Sheikh Hamad, 62, one of the world’s richest men, oversaw Qatari investment in some of London’s prime real estate, including Harrods and the Shard.

But his time in office was also marred by allegations against the emirate of financing the Syrian branch of al-Qaeda and of bribery and corruption surrounding the 2022 World Cup bid.

It is the second time this year that donations to the Prince’s charities have been called into question, with the Metropolitan Police currently investigating allegations of cash for honours.

Michael Fawcett, a close confidant of the Prince, is alleged to have attempted to secure a British honour for the Saudi billionaire Mahfouz Marei Mubarak bin Mahfouz, who had given more than £1.5 million to the Prince’s Foundation charity.

The charity did not respond to requests for comment last night but Clarence House has previously said Prince Charles had “no knowledge” of the alleged honours offer.

Sir Ian Cheshire, the director, told The Sunday Times that they “have checked into this event in the past, and confirm that the previous trustees of PWCF discussed the governance and donor relationship (confirming that the donor was a legitimate and verified counterparty), and our auditors signed off on the donation after a specific enquiry during the audit. There was no failure of governance.”

Charity Commission guidance states that trustees should consider whether donations are made under an “unusual payment mechanism” or are from countries with weak financial regulation.

It states that trustees should report donations of £25,000 if it is an “unusually large one-off donation or a series of smaller donations from a source you cannot identify or check”.

The policy on royal gifts states that members of the Royal Family can accept cheques for charitable causes but does not mention cash.