A violent carjacker has been jailed after knocking an OAP driver to the floor and robbing his Audi before leading cops on a 100mph chase.

His elderly victims were driving their Audi AS to the shops when they became suspicious about a motorbike following them.

When they stopped, the 73-year-old driver got out and was approached by Corey Palmer who had been a passenger on the bike. 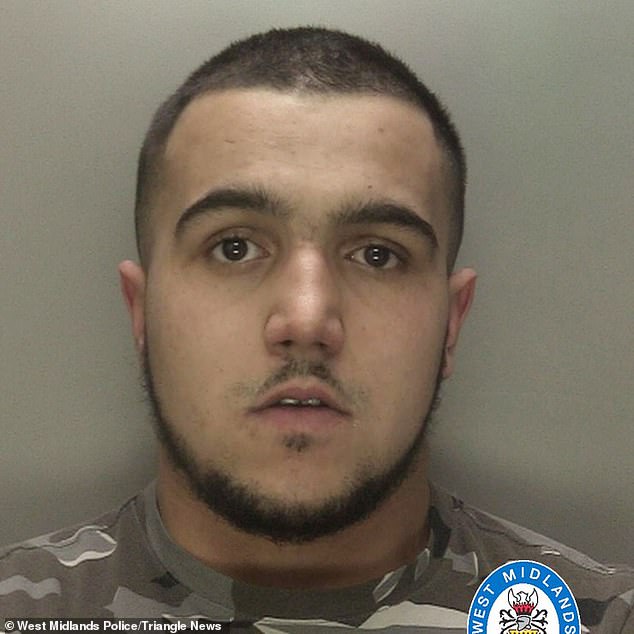 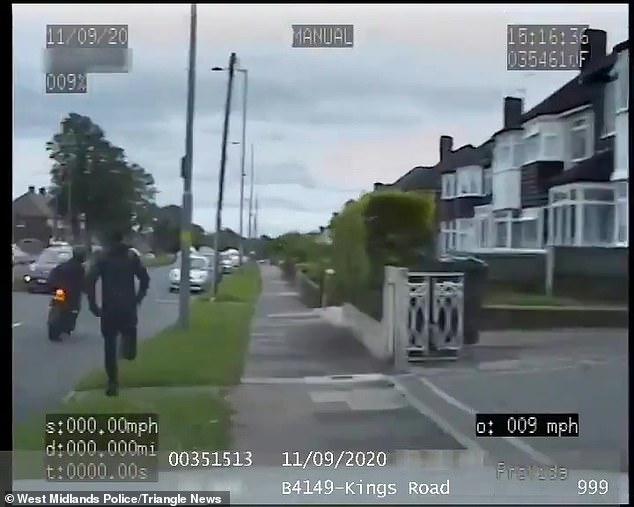 Corey Palmer, pictured attempting to make his getaway on a motorbike ridden by his accomplice, was later arrested after a member of the public pointed him out to police

Palmer knocked the man to the ground and demanded the keys to the victim’s Audi AS while an accomplice who had been riding the motorbike – ordered his terrified wife to get out.

The court heard the woman had been captured on CCTV cowering behind a lamp post after she was forced from the vehicle.

The 21-year-old Palmer then drove off in the stolen car while doing 100mph in the 40mph roads and went the wrong way around a roundabout.

He crashed the Audi and then tried to get back on the motorbike as police pursued them.

He also discarded clothes but was pointed out by a member of the public and arrested, according to Birmingham Live.

The chase was captured on the police car dashcam in Sutton Coldfield, West Mids on September 11. 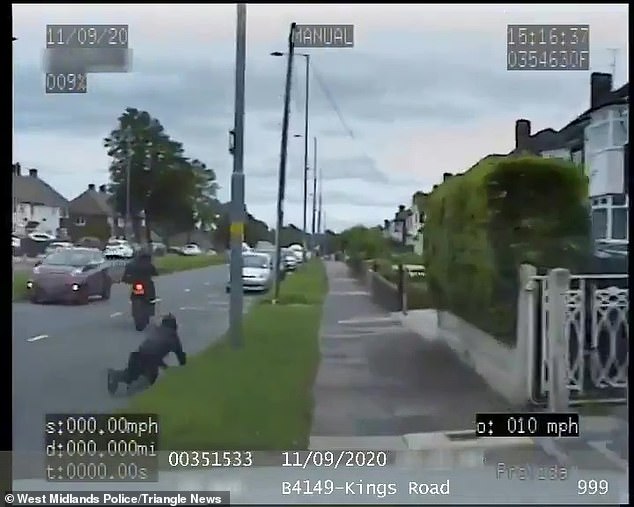 Palmer fell to the ground while trying to catch up with the getaway bike after he crashed the Audi into a wall. Palmer was forced to flee on foot and was later arrested by pursuing officers 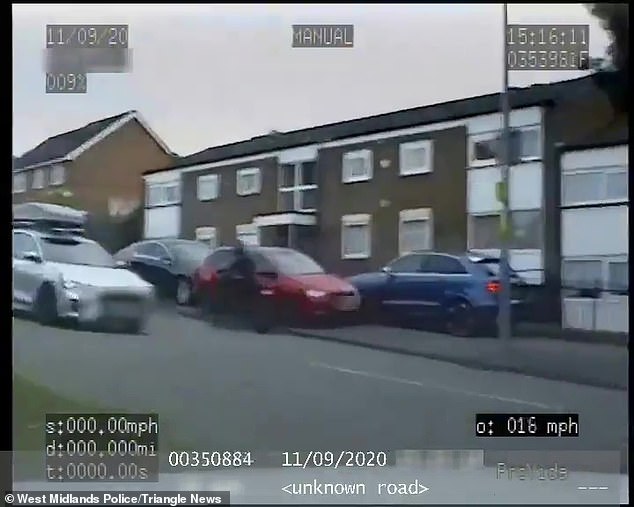 Palmer, of Erdington, admitted robbery and dangerous driving, was jailed for four years and eight months at Birmingham crown court.

Judge Dean Kershaw said: ‘You targeted that elderly couple, targeting them in their car because no doubt in your mind and probably the mind of your associate, they would be easy pickings.

‘The 73-year-old man, who was with his wife, did his absolute best to try and stop you taking that car.’

He added: ‘You were selfish, one minded and a total disregard for other people. You planned that robbery.’