A care home nurse sacked for refusing to be vaccinated against Covid has lost an employment tribunal, after unsuccessfully arguing that the vaccine was against her Rastafarian beliefs.

Cheeryn Allette had worked at the Scarsdale Grange Nursing Home – a family-run home in Sheffield, South Yorkshire – for 13 years until her departure in January 2021.

She refused an order by bosses Greg and Tamara McDonagh to be vaccinated, despite an outbreak of Covid in December 2020 in which 22 residents and 33 staff, including Ms Allette herself, were infected.

Ms Allette initially told bosses she ‘didn’t trust’ the vaccine after reading internet conspiracies saying it was ‘unsafe’ and that the government were ‘lying about its safety’.

But in a follow-up meeting she instead argued it was against her ‘Rastafarian beliefs’ to take any form of ‘non-natural medication’.

Now, an employment tribunal has ruled she was fairly sacked after finding ‘no reasonable excuse’ for her ‘clear and categorical’ refusal of a vaccine.

It ruled her refusal was due to an ‘unsubstantiated belief there was a conspiracy, rather than religious belief’ and dismissed her ‘cynical’ claim of religious discrimination. 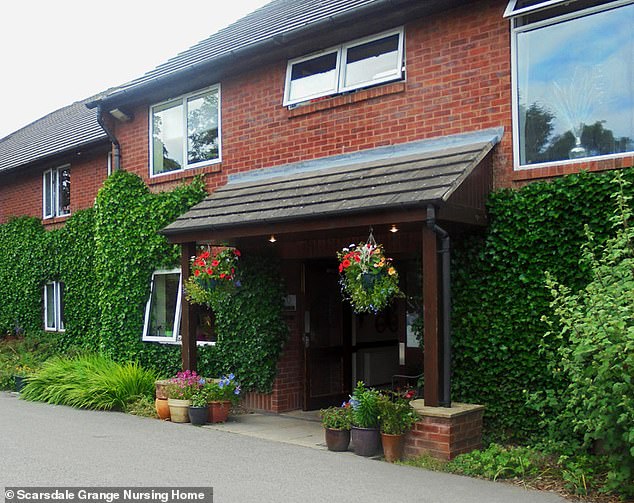 The Leeds tribunal heard the home had avoided any major Covid outbreaks until December 2020, when the government announced the rollout of vaccines to nursing home residents and health workers.

Arrangements were made for staff to receive their first doses of the vaccine just before Christmas – but the home was hit with an outbreak of Covid days before, resulting in the tragic deaths of a number of residents.

Upon returning to work in the New Year, vaccines were again discussed and Ms Allette was found to be ‘reluctant’ to be included on a vaccination list.

It was accepted by the tribunal that, though she knew vaccinations were available and encouraged, she was unaware they were mandatory if she wanted to keep her job.

In a telephone conversation with Mr McDonagh on January 12 Ms Allette explained she ‘did not trust the vaccine was safe’ as it had been ‘rushed through without being properly tested’.

The tribunal also heard Ms Allette and her son had read ‘conspiracies’ on the internet about vaccines being ‘unsafe’, that ‘the government was lying about its safety’ and that ‘people had died’ from taking the vaccine. She did not, however, cite her Rastafari beliefs as a reason for not taking the vaccine.

Mr McDonagh explained to Ms Allette that insurers had told him the home could face liability risks if all staff were not vaccinated beyond March.

In her witness statement to the tribunal, Ms Allette said: ‘This was in the very early days of the government’s vaccination programme, and I did not trust that the vaccination would be safe for me.

‘I had done some research and had heard stories about it being unsafe. I am also a practising Rastafarian. It is against my Rastafarian beliefs to take any form of non-natural medication.’

She also believed that, having already had the virus, she was ‘likely to already have immunity’.

Ms Allette told her boss he ‘would have to furlough her’, but Mr McDonagh explained the furlough scheme was not for this purpose, and the company were not planning on furloughing staff due to isolation absences.

He told her to ‘sleep on it’, but warned she would be suspended and disciplined if she refused to have a vaccine the following day.

What is Rastafarianism and what do ‘Rastas’ believe? 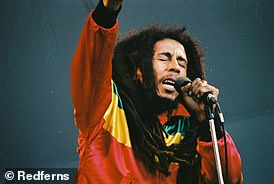 Rastafari or Rastafarianism is a movement that started in Jamaica in the 1930s and was inspired by the ascension of Emperor Haile Selassie in Ethiopia in 1930.

The word Rastafari comes from an Amharic [Ethiopian] phrase meaning ‘chief to be feared’.

Rastafarians are known for their cultural contributions, in particular reggae music, which was made popular worldwide by Jamaican singer songwriter Bob Marley in the 1970s.

What do Rastafarians believe?

Rastafarians have a distinct way of looking at their past, present and future, rooted in stories in the Old and New Testament.

Rastafarians believe they have been tested by Jah (God) through slavery, economic injustice and racial ‘downpression’ (rather than oppression).

They await their deliverance from captivity and their return to Zion, the symbolic name for Africa drawn from the biblical tradition. Rastafarians also believe in ‘livity,’ or the principle of balanced lifestyle.

What are their beliefs on medicine?

Rastafarians favour a natural lifestyle, including wearing hair in its natural uncombed state, following an ‘Ital’ vegetarian diet and only taking natural, unprocessed medicines for ailments.

Although some may be mistrustful of western medicine, there is no consensus on this.

The following day Mr McDonagh again tried to contact Ms Allette, but she was unreachable on the ‘out of date’ telephone number the home had for her, the tribunal heard. When she arrived for her next scheduled shift three days later she was handed a letter of suspension inviting her to a disciplinary hearing.

The hearing, held via Zoom, took place at the end of the month, during which Ms Allette ‘repeatedly’ referred to her religious beliefs and Rastafarianism as the main reason for her vaccine refusal, although she had not raised this before.

Mr McDonagh, who was unaware of her Rasta beliefs, told the tribunal: ‘Ms Allette had clearly accepted her excuse was not good enough which is why she was prepared to invent a reason which she considered more plausible.

‘If she had held strong religious views, she would have stated them during our call and would not have tried to falsely claim she had mentioned this as her reason for refusing the vaccine during that call.’

The tribunal heard he did not carry out further investigations after concluding her refusal of the vaccine due to her religious belief was ‘bogus’.

Ms Allette was dismissed for gross misconduct but appealed the decision the following month.

An appeal meeting was held on February 24, again on Zoom and conducted this time by Mrs McDonagh, the tribunal heard. During the meeting Ms Allette reiterated how she only took ‘natural herbal remedies’ and claimed one of her grandchildren had ‘developed autism’ following vaccination, while other unvaccinated grandchildren remained ‘healthy’.

Mrs McDonagh upheld the decision to dismiss Ms Allette – similarly concluding her reasons for refusing the vaccine lay in her ‘deep distrust for vaccines’ rather than her religious beliefs.

The tribunal heard Ms Allette found work a month later in another care home, but remained unvaccinated and ‘had not given any thought’ to what she would do when regulations requiring care home staff to be vaccinated came into force.

Employment Judge Hannah Bright agreed it was Ms Allette’s scepticism of the Covid vaccine which led to her refusal, instead of any religious beliefs she held.

She said: ‘I find, as set out above, that Ms Allette’s primary reason for refusing the vaccine was that she did not believe it to be safe and was sceptical about it.

‘She was also clearly not accepting the word of authorities that the vaccine was safe. ‘However, she was not forced to have the vaccine. She had the choice – however undesirable – of losing her job to avoid having the vaccine.

‘I do not accept Ms Allette’s evidence that religious beliefs were a part of her reason for refusing the vaccination. ‘I consider that, had religious beliefs featured in her reasoning, she would have mentioned that to Mr McDonagh on the telephone on 12 January 2021.

‘Mr McDonagh also genuinely believed she was being dishonest when she cited religious reasons for refusing [to be vaccinated] and that she had cynically alleged discrimination.

‘Furthermore, at the appeal hearing, the claimant reiterated her concerns about vaccine safety, without mentioning religious beliefs.

‘Her reason was her fear of and scepticism about the vaccine and unsubstantiated belief that there was a conspiracy, rather than religious belief.’