The Southern California couple suspected in connection with the road rage killing of a 6-year-old boy last month will appear in court Tuesday, as officials promised to “get justice” for the child in what they described as a disturbing case.

Marcus Anthony Eriz, 24  and Wynne Lee, 23 were arrested Sunday at their home in Costa Mesa, located 40 miles south of downtown Los Angeles, in the death of Aiden Leos. A vehicle, a white Volkswagen, and gun used in the incident were recovered at different locations, the California Highway Patrol said.

Prosecutors are still deciding what to charge them with, Orange County District Attorney Todd Spitzer told reports at a news conference.

Both are being held in the Orange County jail on a $1 million bond apiece, according to jail records. 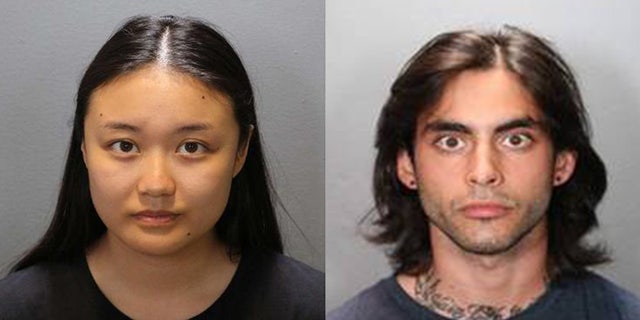 Wynne Lee, 23, and Marcus Anthony Eriz, 24, have been arrested in the death of a 6-year-old boy in what authorities have called a road rage incident last month on a California freeway.
(Orange County, CA D)

The arrests came after a two-week manhunt and a day after a weekend memorial service for Leos, who was remembered as a child with a vocabulary beyond his years who exuded warmth and tenderness.

Leos was killed on May 21 while seated in the booster seat of a car being driven by his mother, Joanna Cloonan, in the city of Orange on the way to drop him off at school.

Cloonan said another vehicle cut her off on the 55 Freeway and that she responded with a hand gesture. The driver of the other vehicle got behind her and someone fired a shot through the rear of the car. Leos was struck in the abdomen.

Cloonan said she pulled over as well as a witness to try and save the boy’s life. Leos was buried Monday in a private ceremony.

The killing came amid concerns over a spate of freeway shootings in Southern California.