A MYSTERY Chinese tycoon has built himself a floating hideaway so he can "fish and drink beer" all day – after splashing out just £45,000.

The stunning 600sq ft home is known as the “lonely hotel by the sea” and is located just off the coast of Fujian province. 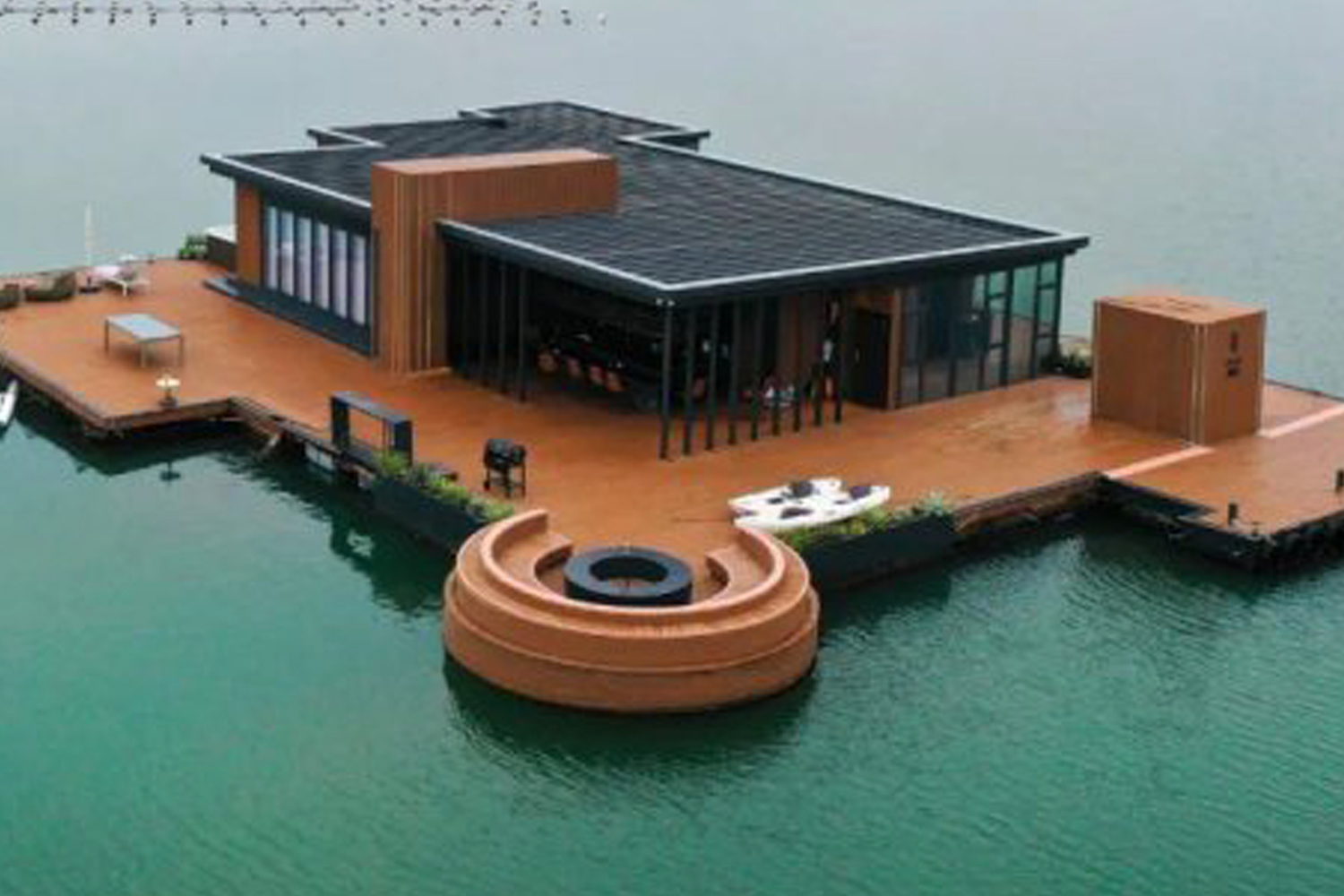 The luxury pad is filled with tech and designer furniture and has huge decking space on three sides.

It is owned by a young entrepreneur known only by his nickname 'Coastline', who loves everything about the water.

While drinking with an architect he revealed his lifelong dream was to live ON the water so he could fish and drink whenever he wanted.

One beer led to another and by the end of the night they had decided to make his dream a reality, reports odditycentral.

However, like most "genius" pub ideas, things did not go to plan at first.

The platform the home is built on bobbed up and down so much during construction, workers found the conditions too tricky. 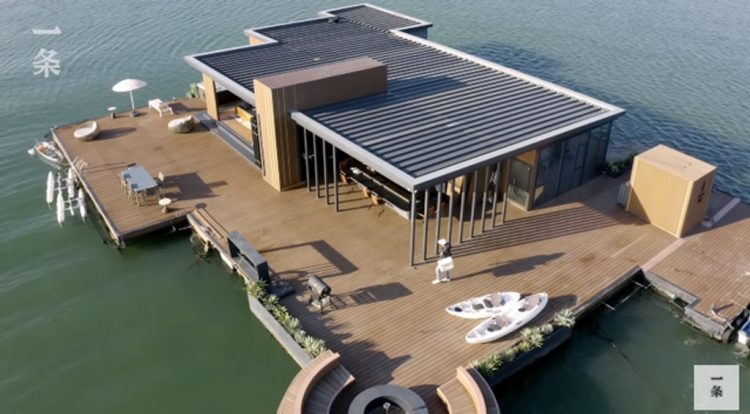 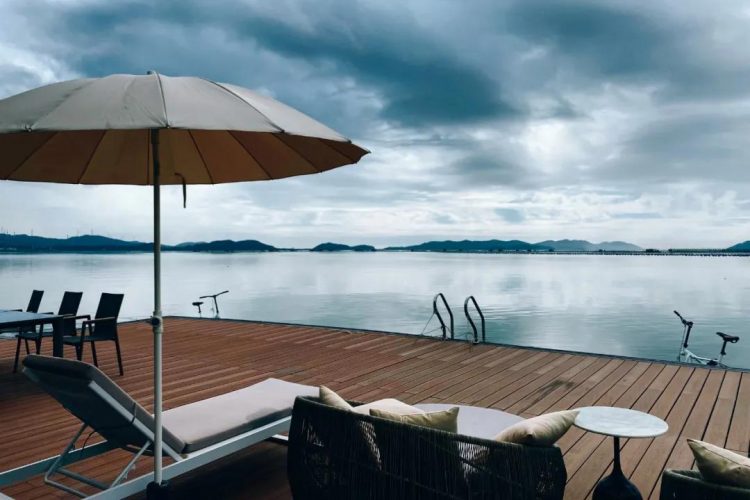 Eventually 'Coastline' had to sacrifice his plans to make the building almost entirely out of glass and use more steel to make it more stable.

The roof uses materials similar to those found in airport terminals and yachts, which are rust-resistant, and the massive sun deck is weather-resistant.

The home was designed to handle harsh weather and strong winds, however the owner admits it will most likely be blown away in a typhoon.

Builders spent about a year trying to solve the tricky matter of connecting the electricity, say reports.

They originally hooked up the home to a nearby hydropower installation, but fishing boats kept dragging up the cables. 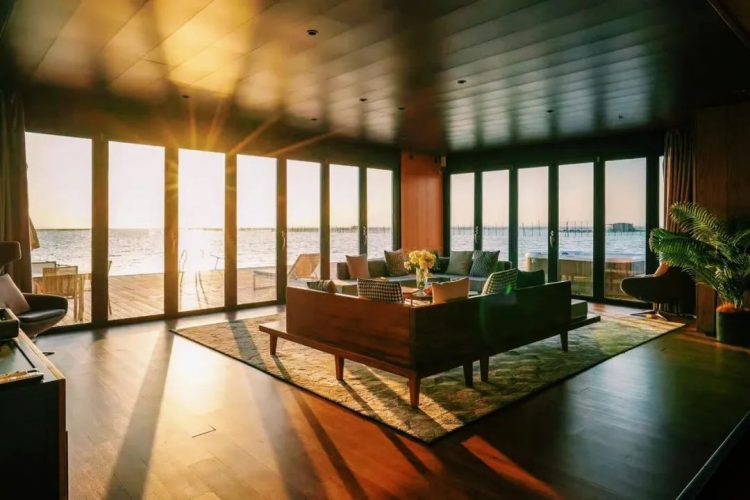 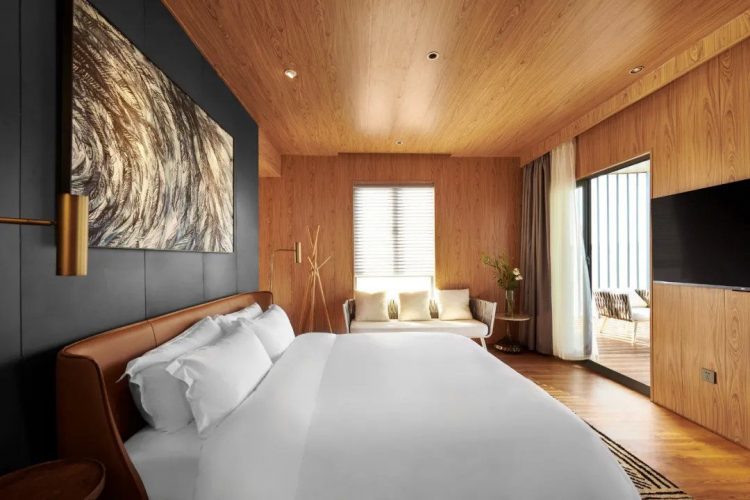 Eventually 'Coastline' put his hand in his pockets and paid the local trawlerman to dodge the underwater power lines.

The incredible floating home is held in place by 16 metal anchors, each weighing about a ton.

And if Coastline ever wants a change of scenery, all he has to do is raise the anchors and get towed to a new location.

In an interview with Yit, he revealed he uses the house to "disconnect from the stress and turmoil" of his daily life.

While there, he spend his time doing what he enjoys most which is fishing and cooking whatever he catches.

In September of this year, Coastline opened his one-off mansion as China’s first floating hotel – mainly for his friends.

He has now been inundated with so many requests to stay there, he has to reserve a few days for himself months in advance.