Drunk builder, 27, died after falling off his bike on the way home from pub in the same spot he crashed his van and was banned for drink driving two years earlier, inquest hears 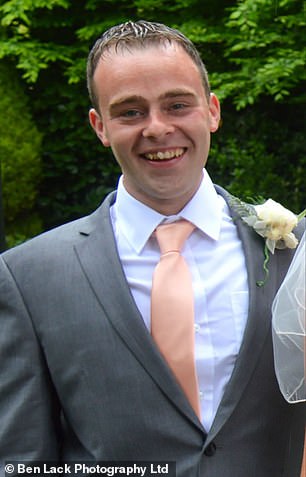 James Moore-Carnell (pictured), 27, was more than three times the limit when he made the journey no lights on at 1am

A drunk builder died after falling off his bike on the way home from a pub in the same spot he crashed his van and was banned for drink driving two years earlier, an inquest has heard.

James Moore-Carnell, 27, was more than three times the limit when he made the journey with no lights on at 1am.

He toppled over at the same spot in York where he escaped unhurt when he drunkenly crashed his van into a lamppost in June 2017.

The hard-working family man liked to call into his local for a pint with his friends and often began the evening on low-alcohol lager.

But he was over the limit coming home in his builder’s van which he wrote off along with his business in the crash with the lamp post near his front door.

His ban had expired a few months before the tragedy, but he was still using the bike to get to and from work and the pub.

He toppled off his bicycle by the remains of the same street lamp he had hit two years earlier.

He fell into the road where he was probably invisible to the taxi driver who ran him over moments later, the inquest heard.

There was only one light on his bike, which was not working, and he was not wearing any high-visibility clothing.

He suffered chest injuries and was pronounced dead at the scene – just 45 yards from his front door in York.

Mr Moore-Carnell, who was described as a social drinker by his family, had drunk at least five pints of lager and a double Southern Comfort when he left the pub at 1am on July 14 2019.

Coroner Jonathan Leach concluded the death was an accident, adding: ‘It would appear from the police investigation there was only one light on the bike – which was not working. James did not appear to be wearing any high visibility clothing. 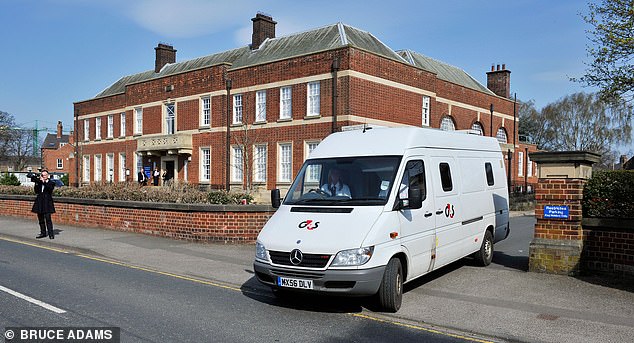 ‘It appears from the CCTV footage he was unsteady on his bike which in view of the level of alcohol he had consumed is not surprising.

‘The police also considered if James was upright at the time of the collision and whether he had been assaulted.

‘It was their view neither of these events had occurred. They were satisfied James and the bike were on the ground.

‘There was no explanation why the bike was on the ground on the wrong side of the road to his direction of travel.’

Blood tests revealed he had drunk 269 milligrammes. The legal limit for driving is 80.

He had also smoked cannabis and this would make the effects of both drugs worse, the coroner added.

David Healey, the driver of the Toyota taxi involved in the accident, was sober, the inquest heard. He picked up the bike thinking someone had chucked it in the street.

It was only when other people arrived that he realised there was a body under the car.

Mother Catherine Moore Carnell was lying in bed in the family home when she heard the impact outside.

She told the hearing in Northallerton, North Yorkshire: ‘I just knew it was my son that fateful night. My heart has been broken.’

Sister Alexandra Moore Rowlands wept as she described how her brother had been ‘a father figure’ to her own children who had been devastated by his loss.