THE big staycation was hotting up yesterday as it hit 28C and punters threatened to drink pubs dry.

Sunseekers basked on the hottest day of the year so far, and so much beer was sunk that breweries were racing to refill kegs. 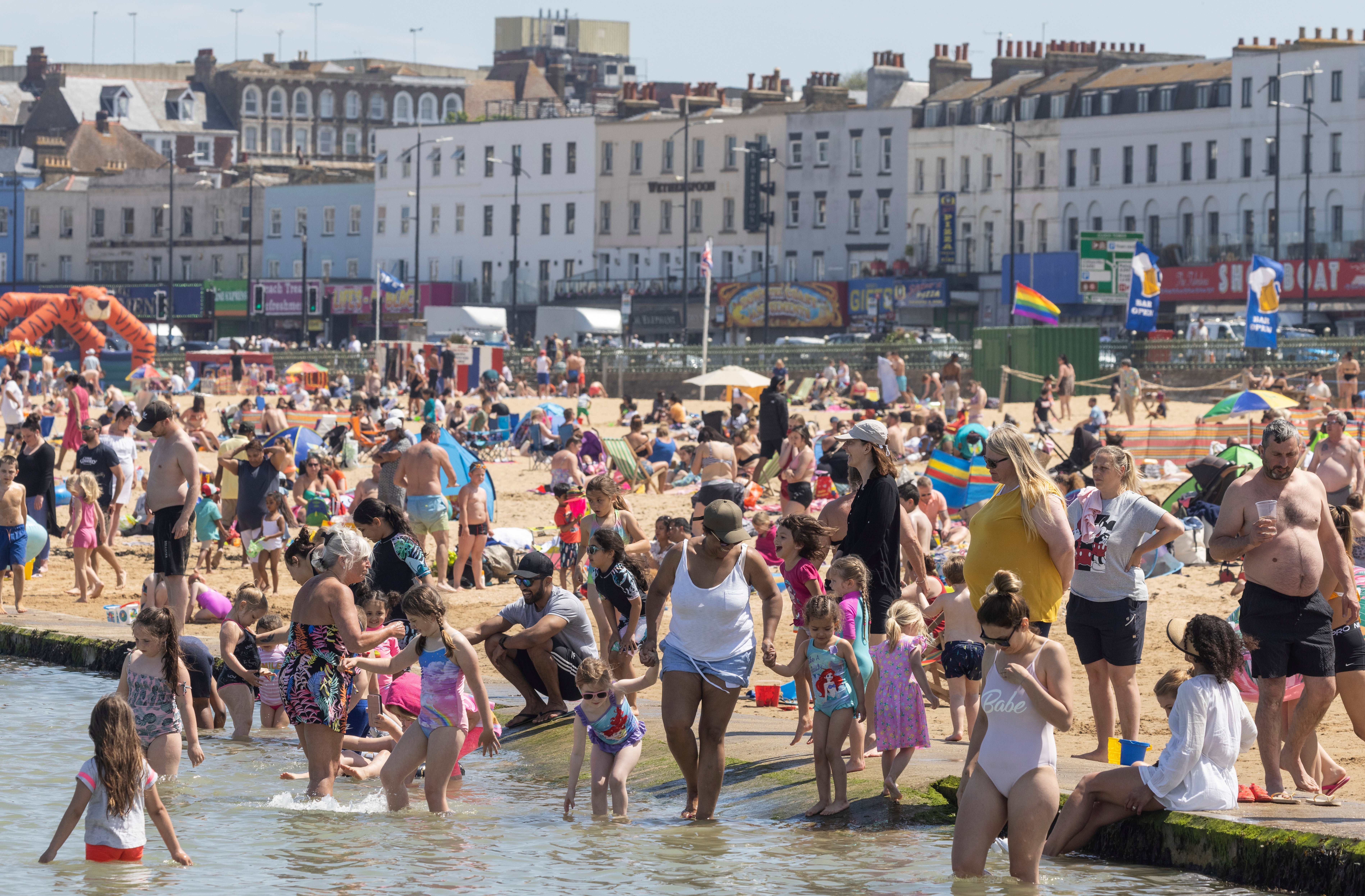 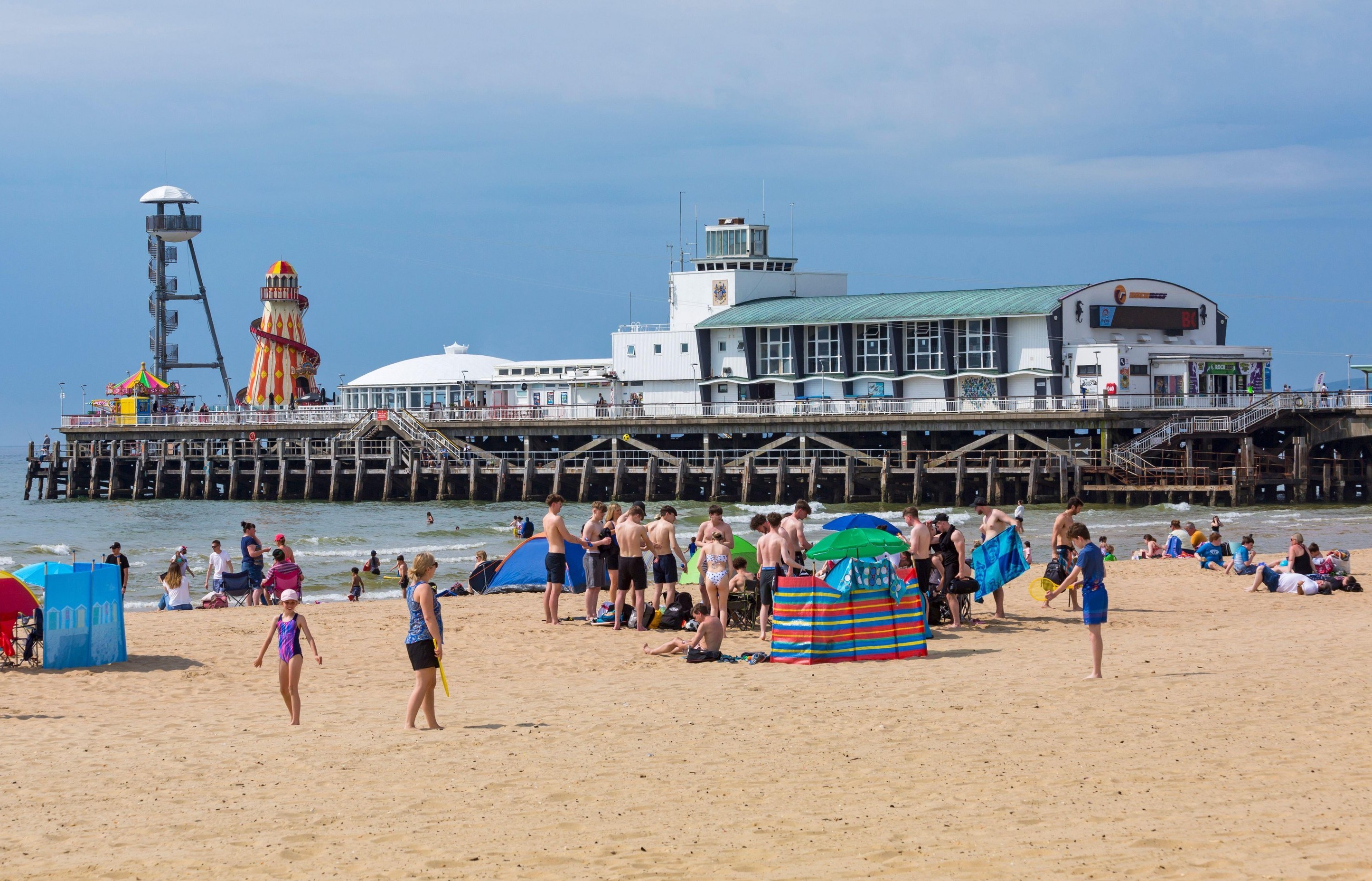 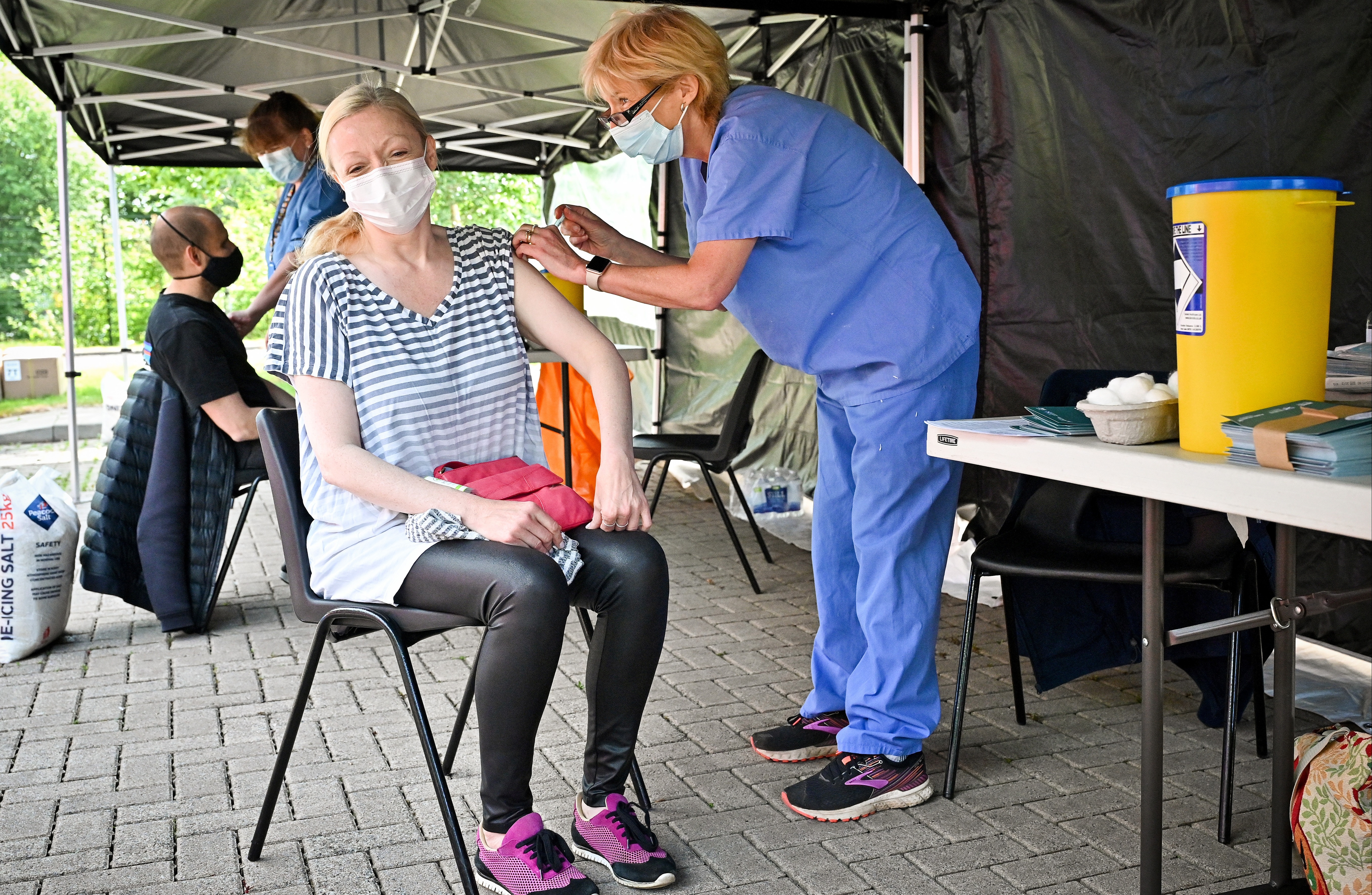 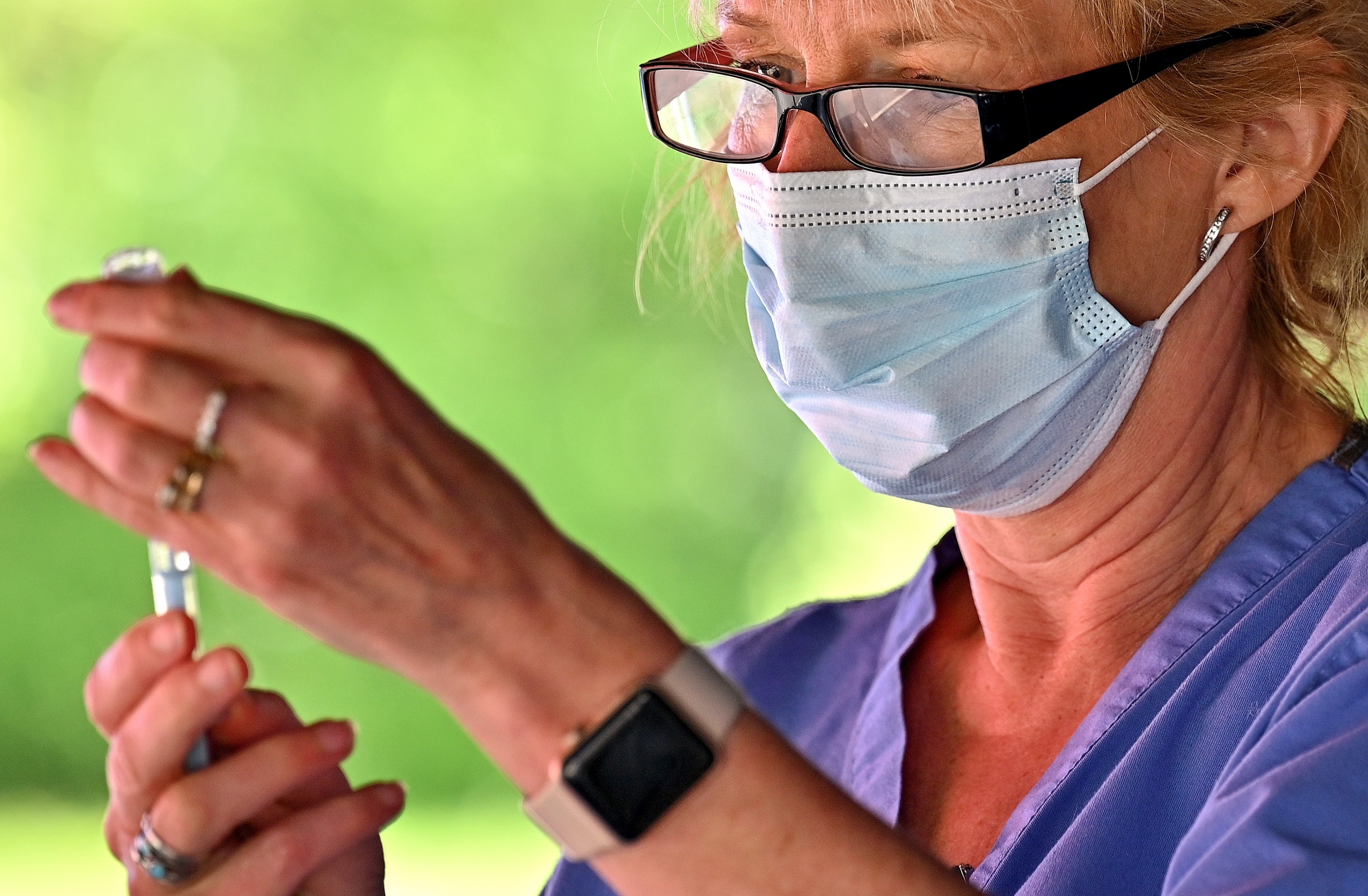 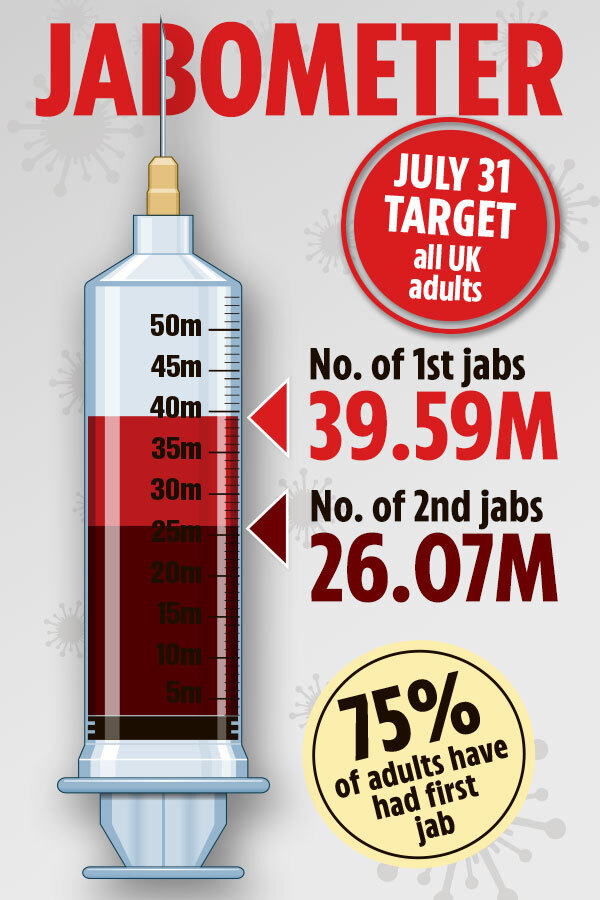 Meanwhile the UK hit yet another glorious vaccine milestone.

Three-quarters of adults have now been jabbed, and Boris Johnson promised we were still on course for Freedom Day on June 21.

It all means the country is on track to enjoy a bright and breezy summer after 15 months of tight adherence to Covid restrictions.

Despite warnings from doom-mongering scientists, the PM could see “nothing in the data” to suggest the long-awaited final stage of unlocking cannot go ahead.

The good news came as Brits basked in 28C temperatures — making us warmer than ten countries on the Government’s approved “green list” of overseas destinations.

That gets updated today, but many Brits are unfussed at the prospect of going abroad.

Andy Nicholson, 29, visiting a busy Blackpool Pier with his family, said: “We’re having a brilliant day. Who needs foreign holidays when you get days like this? 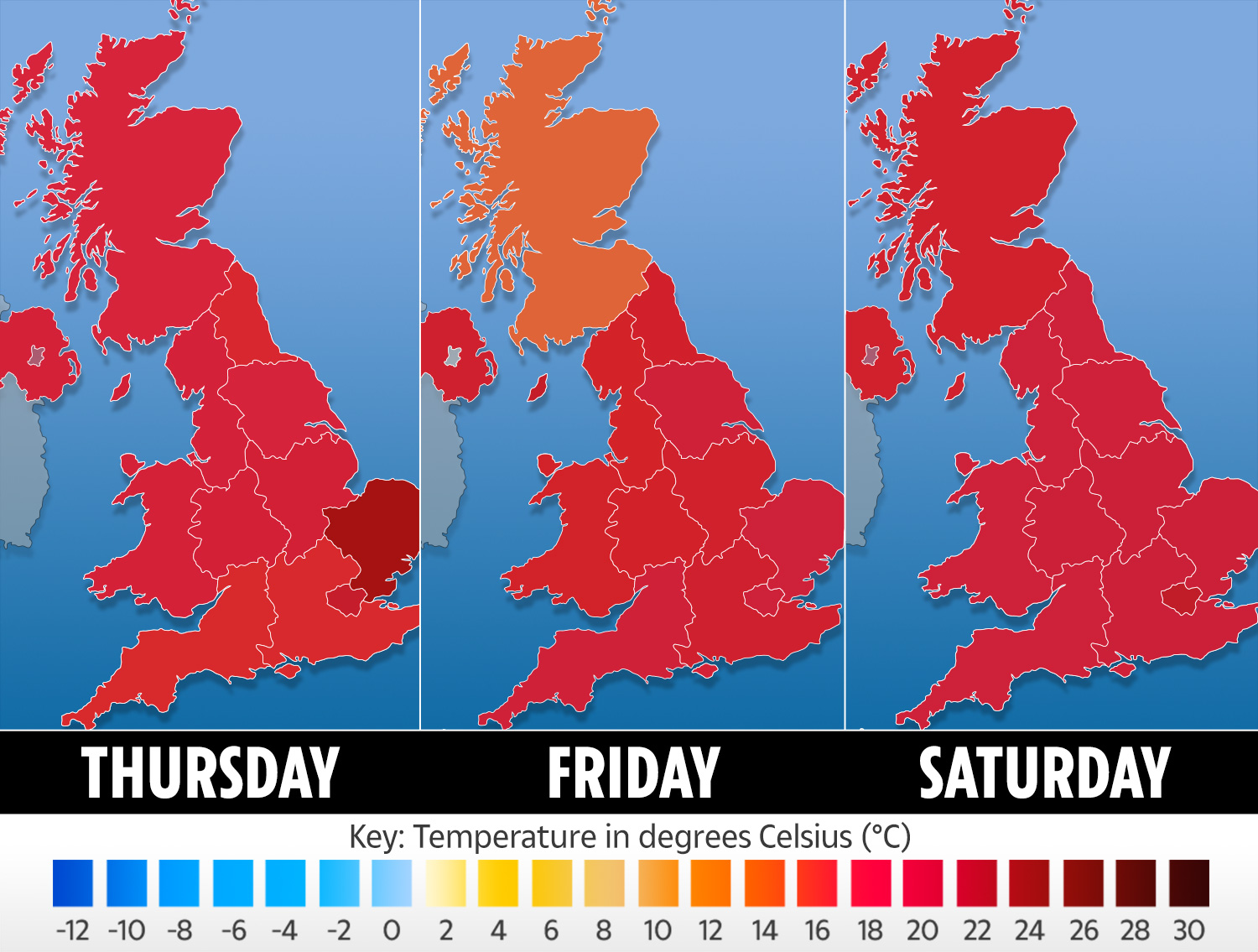 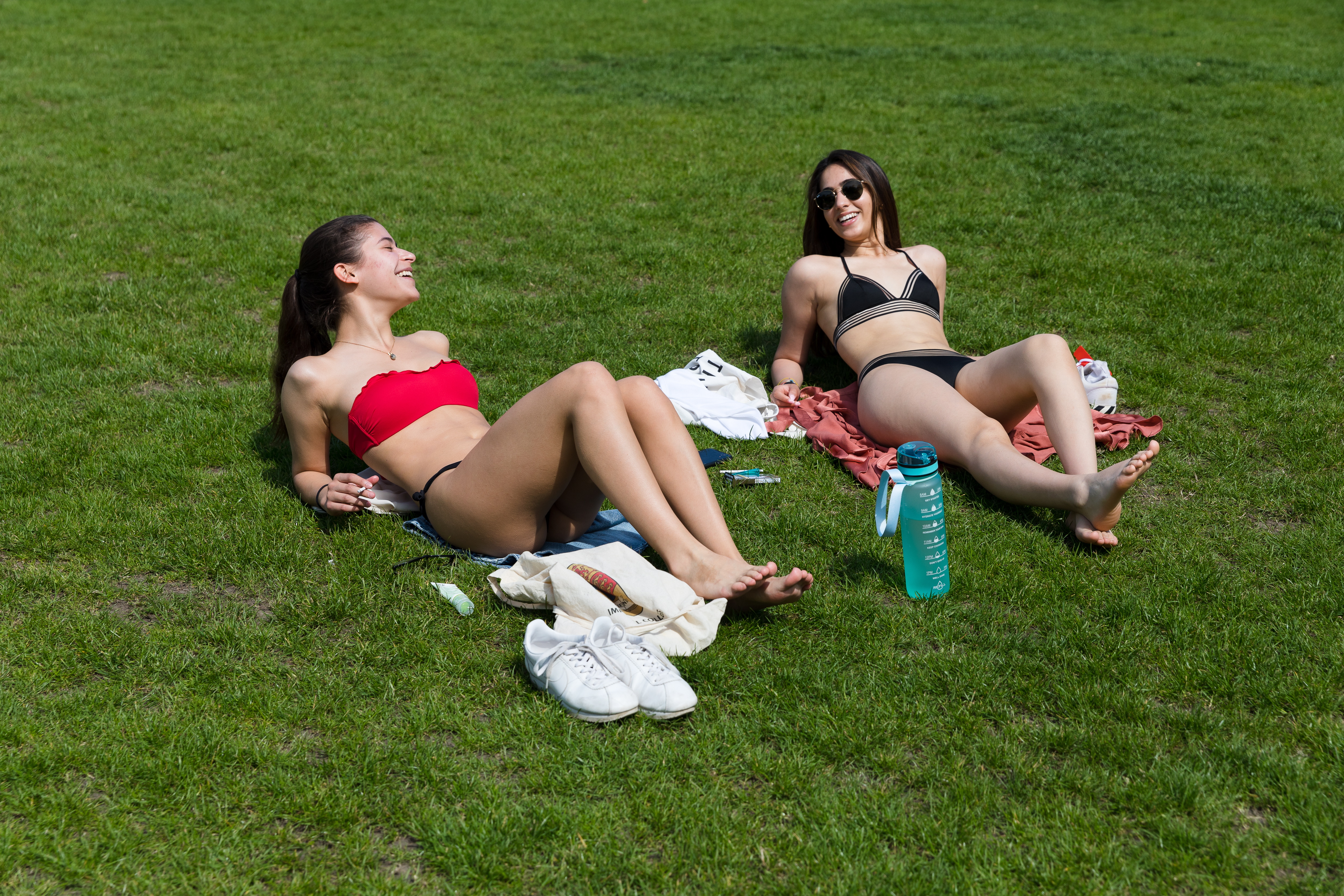 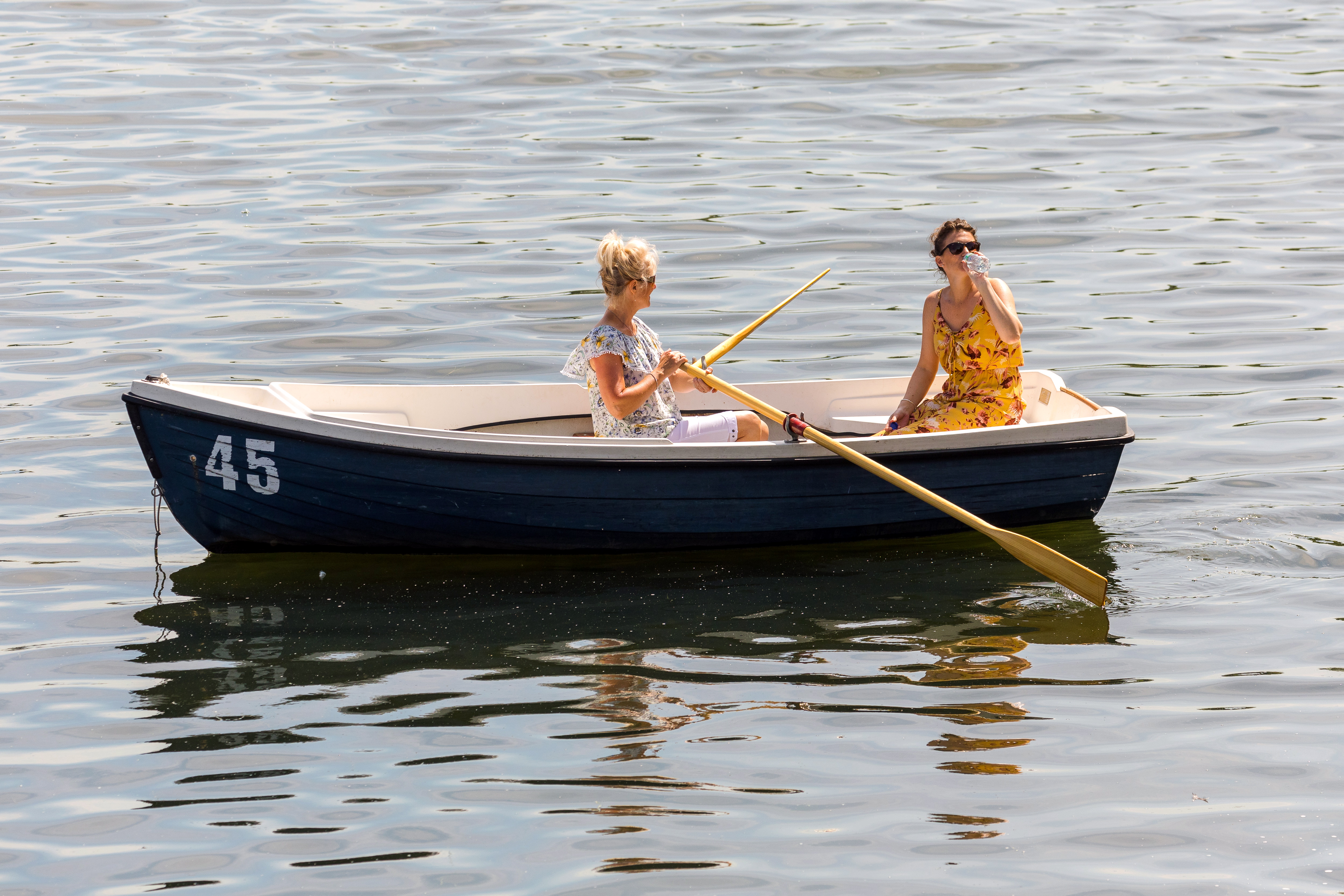 “We don’t think we’ll get away this year but there’s no reason to when the UK is warmer than most of the countries on the green list. It’s brilliant.”

Who needs foreign holidays when you get days like this?

The two previous warmest were on Monday and Tuesday.

The post-bank holiday heatwave saw Brits flock to beaches, parks and pub gardens around the country.

It swelled the UK’s raging thirst for beer, with 70million pints a week now being downed since Covid pub restrictions were eased last month.

Demand has been so high that some brewers, including Heineken, were running out of kegs to keep up.

Landlords were also steeling themselves for the Euro football tournament starting next week, when pubs will be packed for three weeks solid. 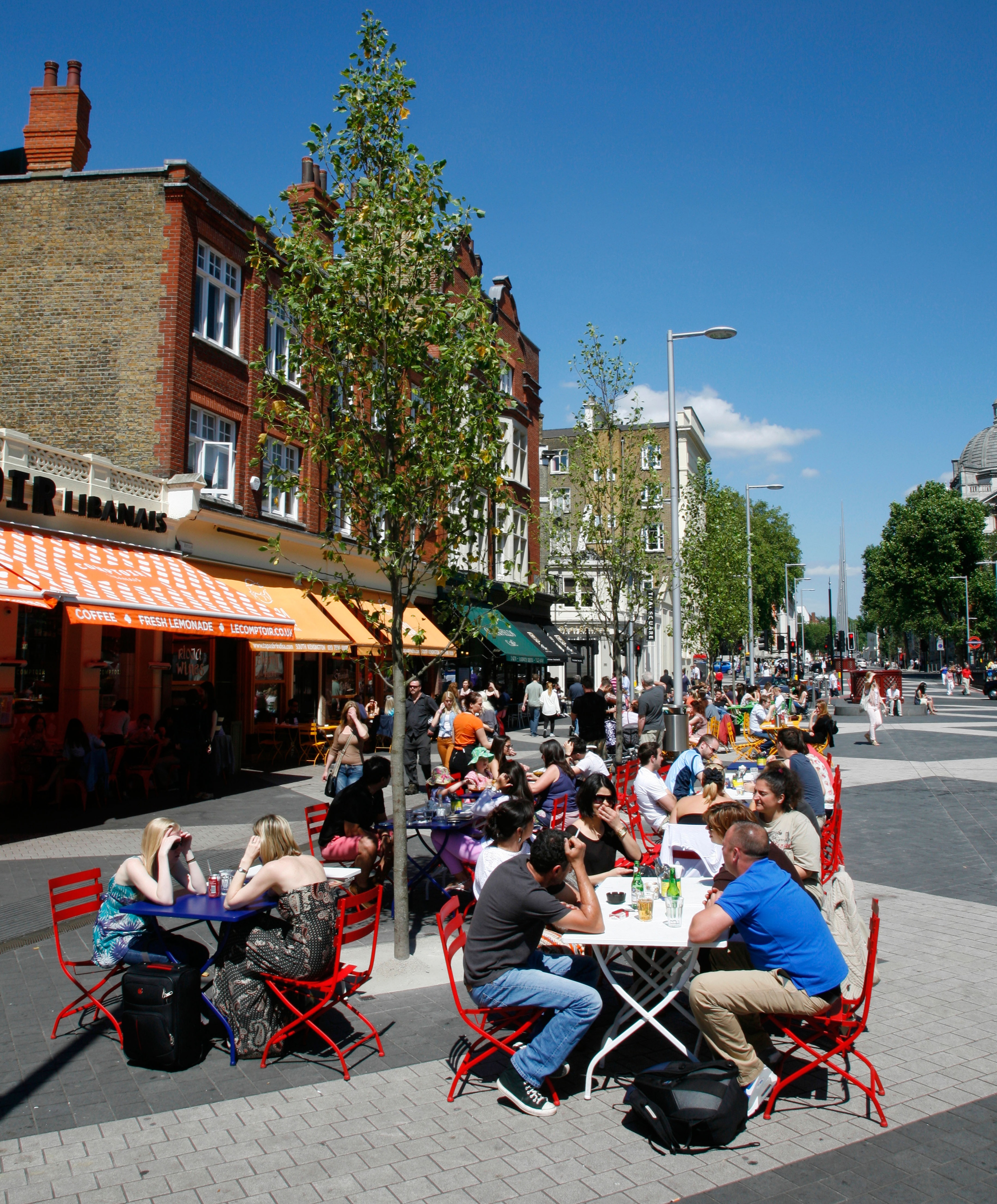 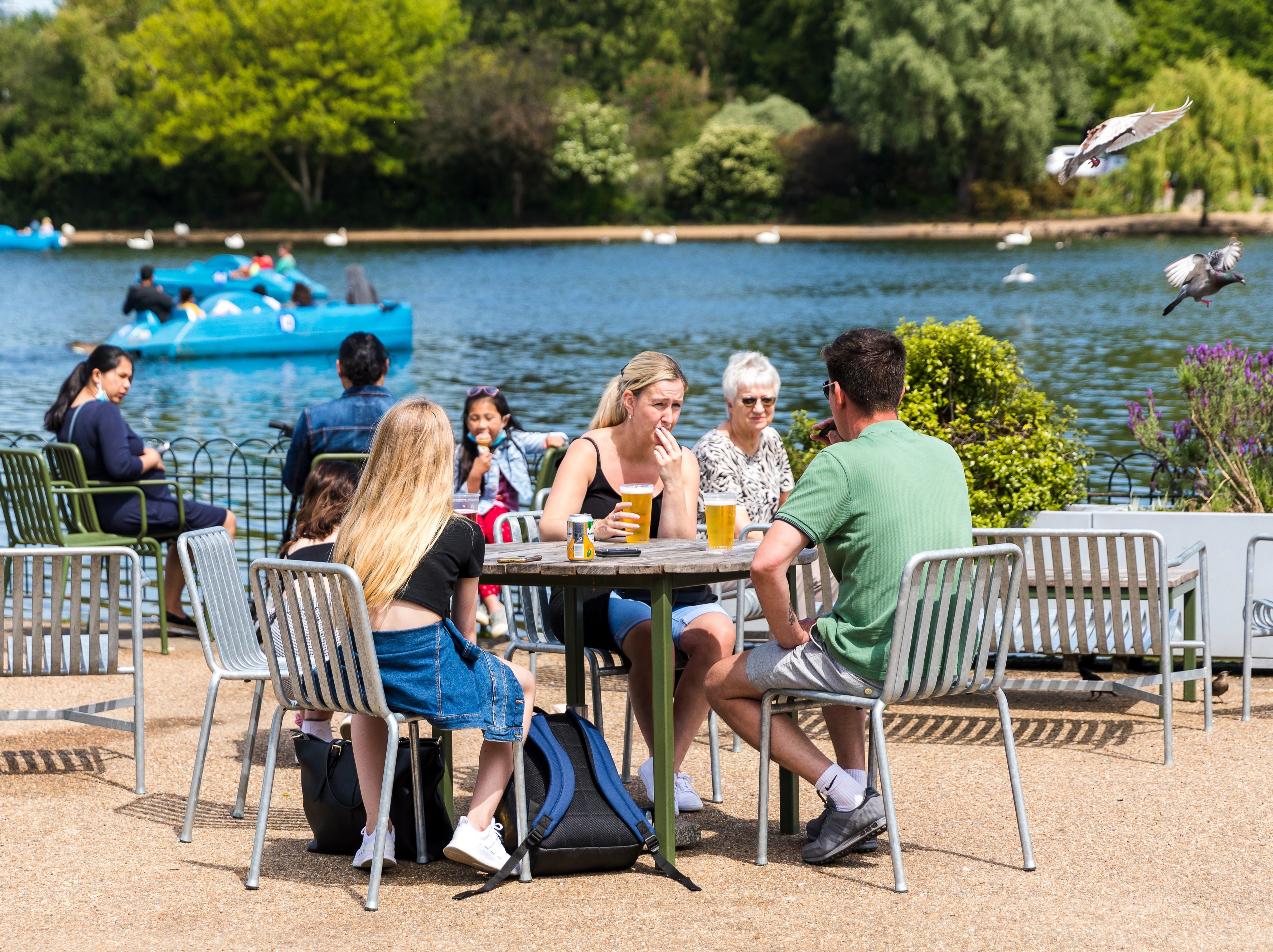 Greg Grundy, who runs The Egremont pub in Worthing, West Sussex, said: “The reopening of pubs was mad and the warm weather has seen an additional surge.

“Now we have the perfect storm of the Euros starting next week, where pubs will be packed to the rafters with football fans.

“We’re ploughing through plenty of stock but we can’t get rid of the kegs quick enough to get more in.

“The kegs are normally collected once a week but that’s now ramped up to twice a week.”

Heineken last night reassured drinkers that supply will be met.

It said: “We’ve asked our pub customers to make sure all empty kegs are returned so that we can quickly recycle and refill them, and get them back out to pubs as quickly as possible.” 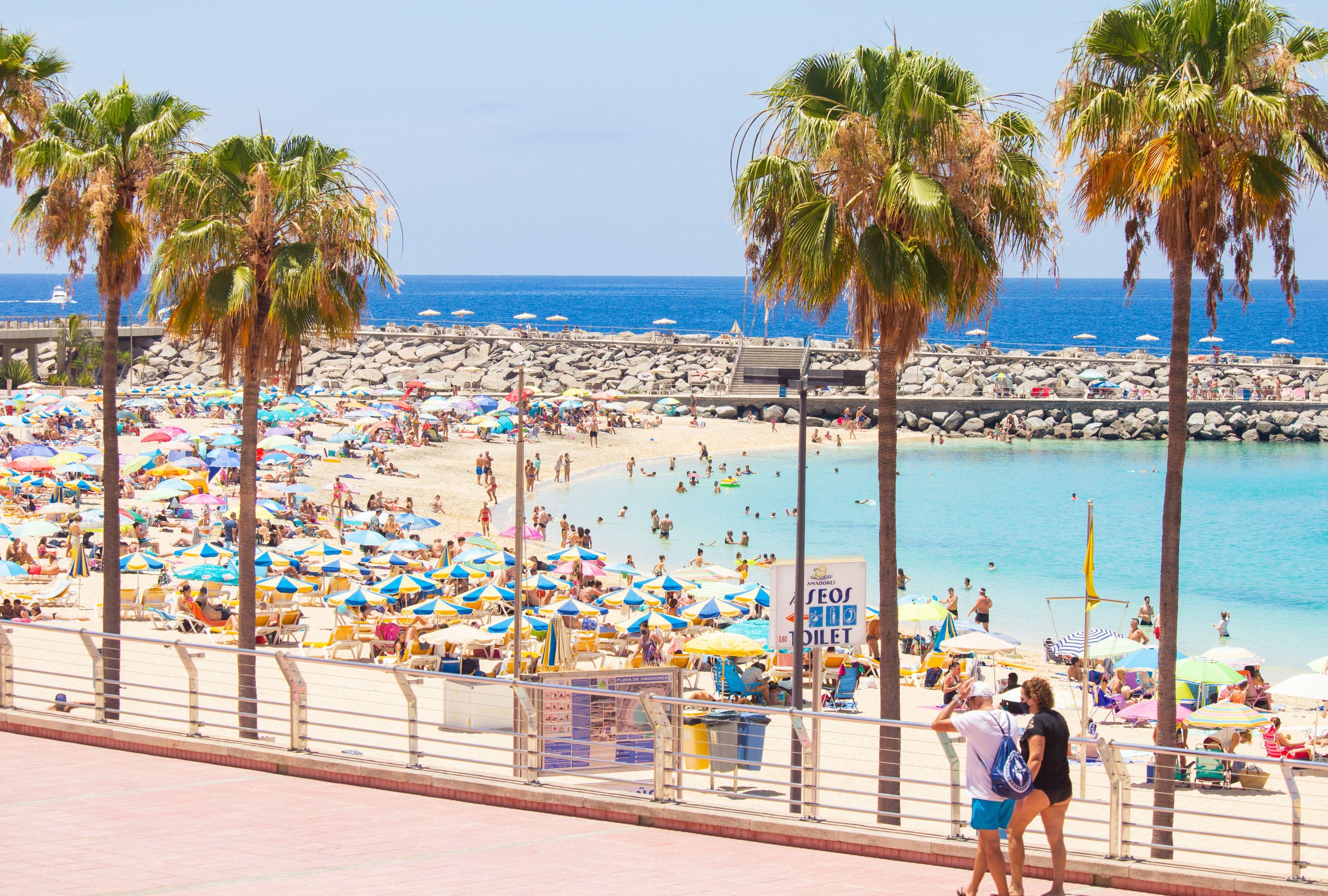 In a bid to keep pumps flowing, landlords are now being offered mega-kegs of beer in huge 100 litre containers.

They are normally reserved for big events such as horse race meetings and festivals.

The 46-year-old posted a picture to his 66.6 million followers on Instagram, and said: “Yep this is England, it’s what we do, (sun) comes out we take our shirts off, even walking the dogs when Victoria is laughing at me.”

Others chose to cool off in the sea yesterday — the seventh successive day to top 21C (70F).

Beaches were rammed around the country as families took advantage of the half-term break, with thousands flocking to Margate, Kent.

Paddle-boarders filled the sea at Birling Gap, East Sussex, while surfers took to the waves at Perranporth, Cornwall. 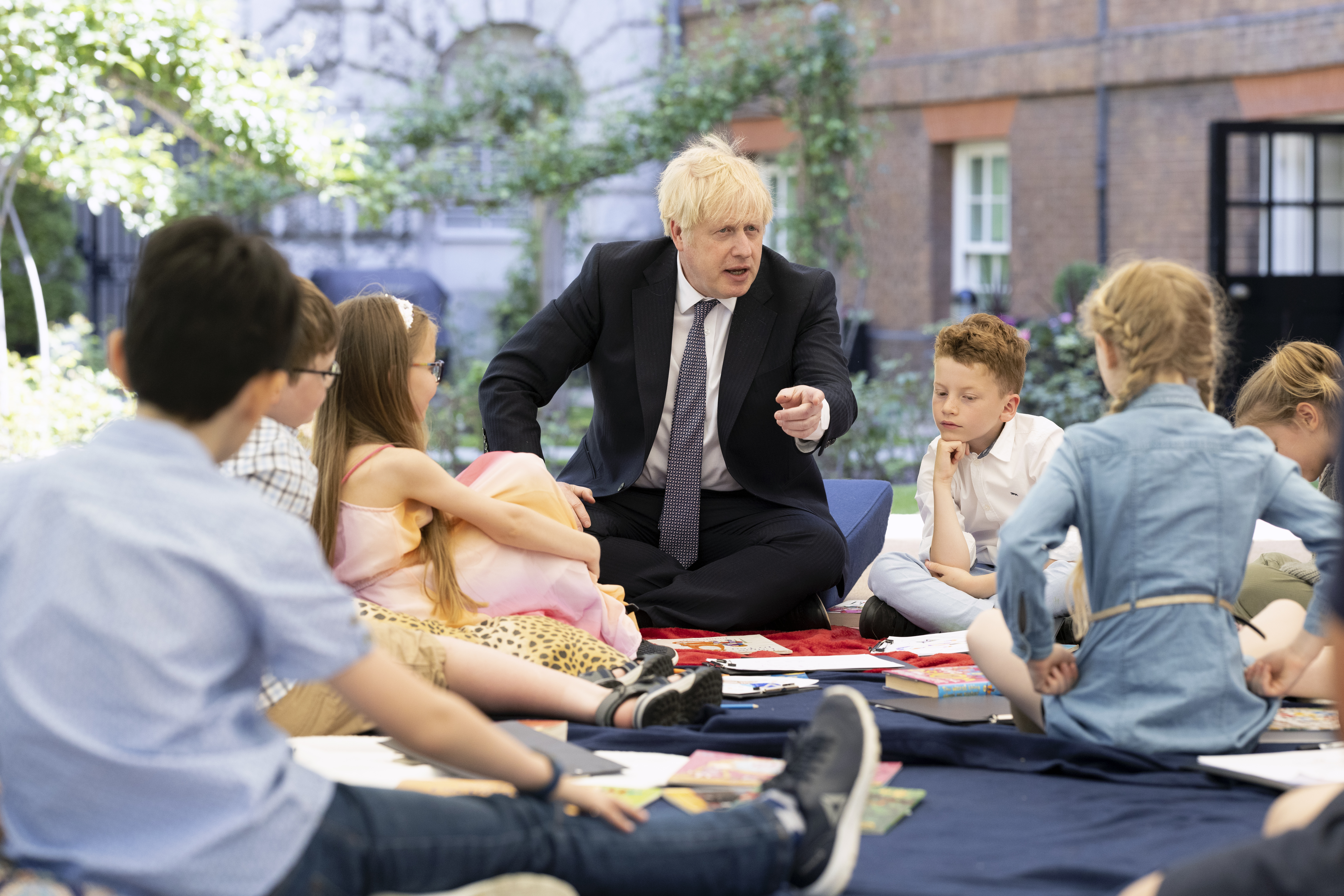 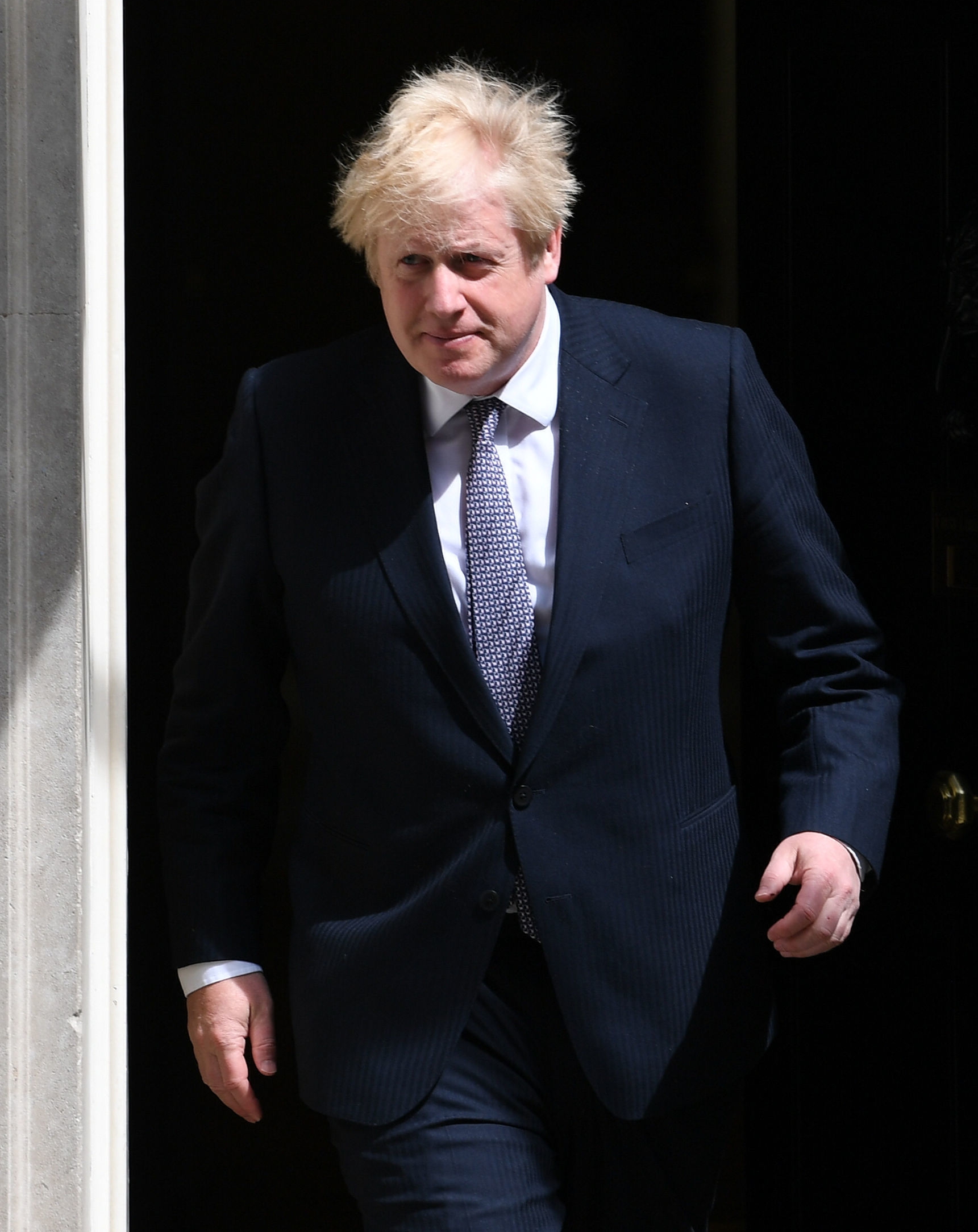 Hopes of Freedom Day going ahead as planned were boosted by figures showing 75 per cent of adults have now had one jab — with 50 per cent receiving both.

Thousands more were inoculated yesterday, including doses administered at a Glasgow car park.

The Prime Minister played down gloomy warnings from scientists, insisting an increase in cases was to be expected after lockdown was eased.

He said: “We always knew that was going to happen. What we need to work out is to what extent the vaccination programme has protected enough of us, particularly the elderly and vulnerable, against a new surge.”

He insisted “every day we’re having long sessions interrogating the data, looking at the models” ahead of a crunch decision on 14 June.

It came as one of Britain’s leading doctors appeared to criticise fellow medics who want the end of lockdown delayed amid fears about the Indian variant.

FROM loo rolls to our liberty, Brits have endured no end of deprivations over the past 15 months with grit and humour.

But there is one shortage the national spirit cannot stomach: the lack of a pint of beer in our newly reopened pubs, especially now the sunshine is here.

Landlords and brewers must rise to the occasion and keep the kegs rolling.

Sir John Bell warned of a never-ending lockdown scenario whenever a new form of the virus was identified.

He told the BBC: “If we scamper down a rabbit hole every time we see a new ­variant, we’re going to spend a long time huddled away.”

The Regius Professor of Medicine at the University of Oxford said he was “pretty encouraged” by the latest data but said ministers were right to wait before taking decisions. 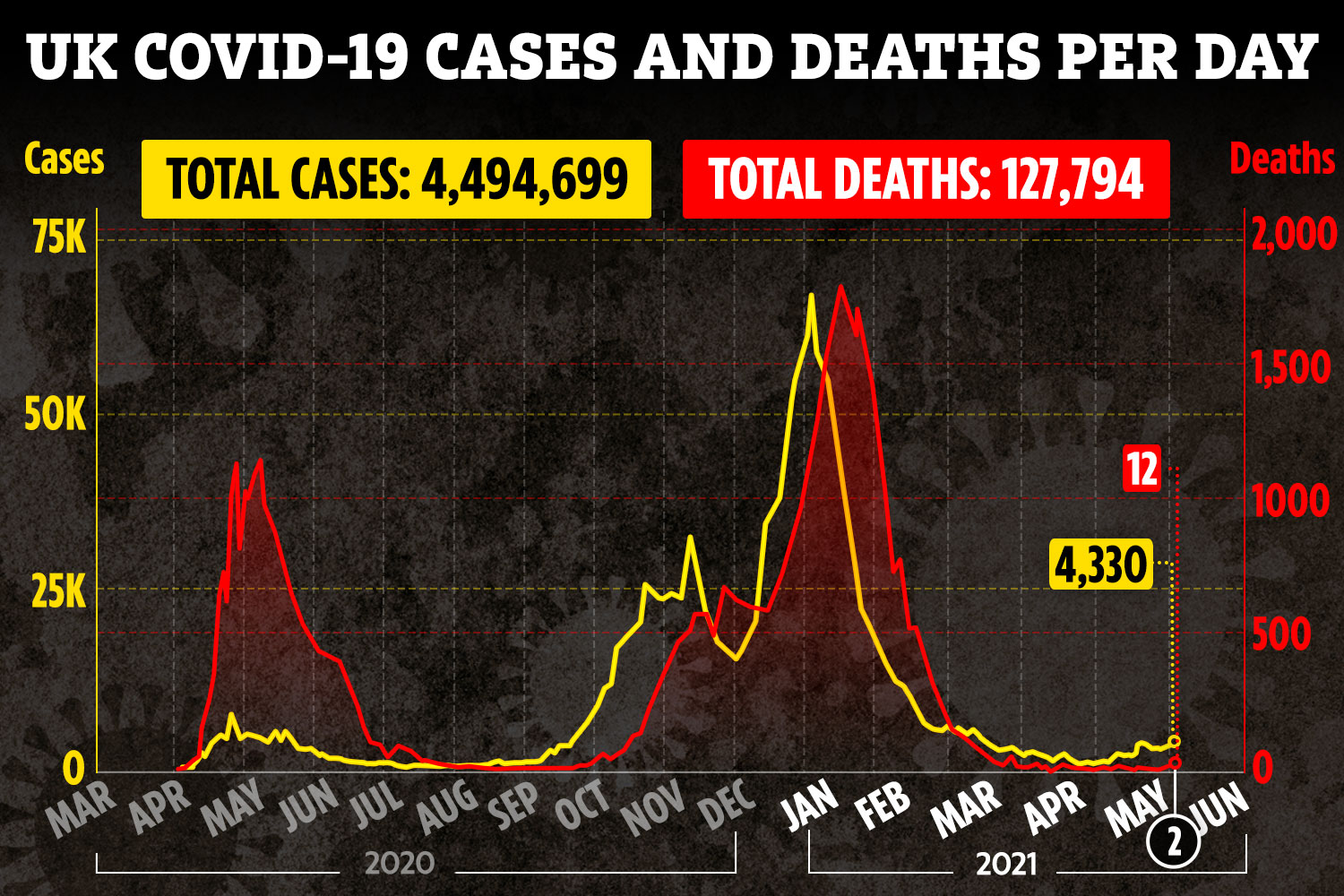