British man, 25, fights extradition to Greece over murder of teenage Next shop assistant who was knifed to death on his 19th birthday in a 30-man brawl outside Malia bar in 2013

A British man will battle extradition to Greece after a teenager was stabbed to death in Crete seven years ago.

Tyrell Matthews-Burton was killed on his 19th birthday in a brawl involving 30 Brits in Malia in 2013.

Mr Matthews-Burton, a shop assistant at Next, was knifed in the chest on the party island’s infamous strip of bars while on holiday with his friends.

He died from his wounds outside the Safari Club on the morning of July 23. 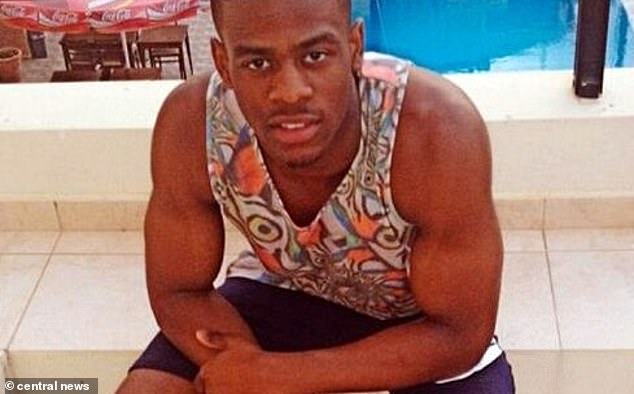 Jay Bartley, 25, is wanted by the Greek authorities for alleged complicity in the homicide but is fighting extradition.

His lawyer Tony Jacobs raised poor conditions in the prisons in Greece during a brief hearing at Westminster Magistrates’ Court today.

He said: ‘Article Six [right to a fair trial] issues were raised but in the meantime there is the prisons estate.

‘We have undergone some research and have funding from an expert in Greece regarding the prison condition.

‘We do believe it’s an important argument that needs to be raised since you do need to know the conditions he will be going back to.

‘The prison estate varies so much from prison to prison.’

Deputy Chief Magistrate Tan Ikram granted the request to delay the hearing until January 14 so the expert’s report can be prepared.

The judge added: ‘If you’re hoping to rely on an expert from abroad that’s going to take a long time, especially as it’s Greece, not exactly the quickest.’

Bartley, of Tyson Road, Forest Hill, southeast London, denies involvement in the killing and will battle against extradition to Greece when his hearing continues on January 14.