By the age of 19, Breanna Macfarlane had two children she had not planned and had left a high school in north-western Victoria where she says she and her peers received near zero education on sex, consent, contraception or reproductive health.

“You didn’t really hear or see any sex education, and nothing’s really changed,” said Ms Macfarlane, who is 25 and expecting her fourth child, but has managed to get her VCE, start a young people’s centre in Mildura and is studying to become a community worker. 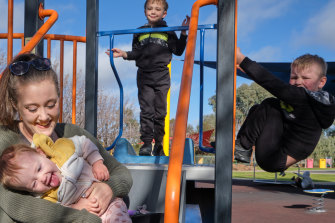 Breanna Macfarlane in Mildura with her children Willow, Nathaniel and Zacharia. Credit:Erin Jonasson

“I’m still not seeing any sex education and when people do get pregnant they are scared to tell a parent, go to the doctor or get any birth control.”

Regional young people told a Youth Affairs Council of Victoria survey, Sexy & Safe, they were aware of some contraceptive options but many barriers prevented them from using them: “pharmacies in smaller communities failed to stock over the counter items … [and] in some rural communities, GPs refused to see a young person who was not in the company of a parent”.

This was leading to some regions reporting fertility rates of around three and a half times the average local government area, and a pre-pandemic increase in the rate of serious sexually transmitted diseases described by Anne-Marie Kelly of Melbourne University’s Centre for Excellence in Rural Sexual Health as a “massive issue”. 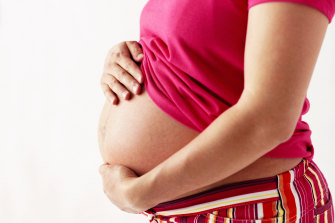 Teenage fertility rates in regional areas are significantly higher than in metropolitan areas.

Women’s Health Victoria said the latest available data on teenage fertility rates in Victoria showed while the average teenage birth rate in local government areas was 9.5 per 1000, in the Latrobe region in 2018 it was 33.01, in Horsham it was 32.05 and in Yarriambiack it was 25.97. In Swan Hill it was 20.27 and in Ms Macfarlane’s region of Mildura it was 16.95.

The Youth Affairs Council will hold an August Reshape Our Future conference across the state at which the critical gap in youth sexual and reproductive services in the regions will be addressed.

Swan Hill youth worker Will Burns, who will speak at it, said young people say they are receiving inconsistent education on sex, relationships, consent and sexual health and are crying out for access to more information.

“There is no education around what to do if you do become pregnant, what services there are and support especially for men. Young males are the cohort who have the least knowledge about sexual health … a lot of the responsibility falls back on young women,” he said.

Young people struggled to buy condoms in small country towns that do not have public vending machines or self checkouts at supermarkets, and at pharmacies where staff may know their parents.

Anne-Marie Kelly, who works in the Loddon-Mallee area, said privacy concerns in some small towns effectively blocked access for young people to contraception or support services.

“I know of one young person who went to get the emergency pill and by the time they left the clinic and purchased it [that information] was already back to the school. Instead of it being empowering to take control to of her situation she experienced shame and stigma,” said Ms Kelly. 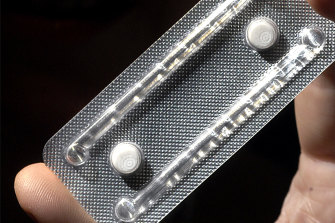 “The privacy was totally gone. This really diminishes the confidence of young people in being able to access emergency contraception.”

Young people had indicated that rather than face shame or have private information shared in their community they would have sex without contraception.

Rhiannon Jennings, of the youth council’s Southern Mallee office, said sexual health education needed to be improved across the state.

“Teachers teach what they are comfortable with [and] in a rural community people engage with their educators outside of classrooms; they are the sports coaches, learn-to-drive mentors. Young people demonstrated to us that they are afraid to talk to those people or ask questions that person might share with a parent or friend,” she said.

“We talked to more than 200 young people and the findings were that sex is still really taboo. I grew up in this region and we live in a really conservative part of the state. I was at school 20 years ago and from the conversations we’ve had it appears nothing’s really changed in the way we are delivering sex and reproductive health to young people.”

“If somebody doesn’t get education about sex and reproductive health, about how to seek help when they need it … this is demonstrated in higher teen pregnancy and birth rates. Young people [in some regions] don’t have the tools to exercise their reproductive rights,” she said.

Breanna Macfarlane says for things to improve for young people in regions including her own Sunraysia district, she would hope that far greater education on sex, relationships, sexual health and consent is available before the next generation of children reach adolescence, including her own.