Pele scores again! Brazil’s world-famous Maracana Stadium to be renamed after the football legend but some fans are not happy because he is not from Rio

The iconic Maracana stadium is Brazil is set to be renamed to honour the country’s most celebrated footballer Pele.

The 80-year-old, whose full name is Edson Arantes do Nascimento, played at the stadium many times for Brazil and scored his 1,000th goal there in 1969 for Santos against local club Vasco da Gama.

The Rio de Janeiro state legislature voted on Thursday to change the official title of the stadium to to the Edson Arantes do Nascimento – Rei Pele stadium. 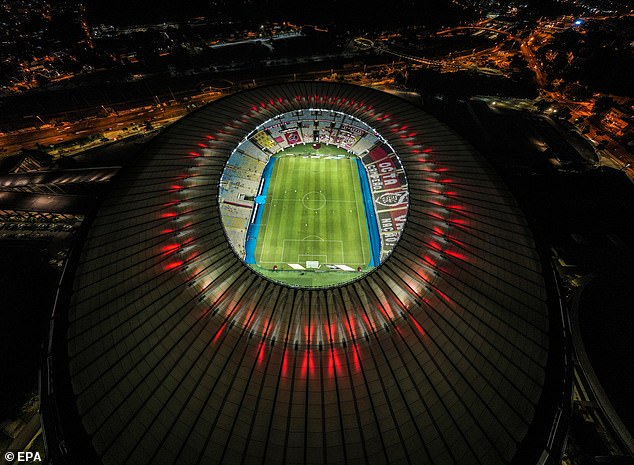 The bill now goes to interim governor Claudio Castro, who has 15 days to decide whether to sign it into law.

‘It is a worthy homage to a man who is recognized the world over for his legacy in Brazilian football and for the corresponding services rendered to our country,’ the deputy responsible for the project said. ‘Rei’ means ‘king’ in Portuguese.

But some fans are not happy because Pele never played for its local teams and he does not hail from Rio de Janeiro.

The stadium, host of the final match in the 1950 and 2014 World Cup tournaments, as well as the opening ceremony of the 2016 Olympics, has long been named after Mario Filho, a journalist who lobbied for its construction in the 1940s.

The legislature said the football stadium will be renamed but the larger sports complex around the ground can retain its current name. 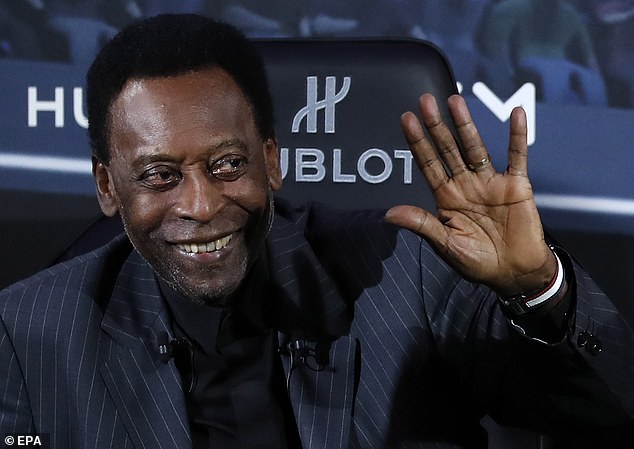 The 80-year-old, whose full name is Edson Arantes do Nascimento, played at the stadium many times for Brazil and scored his 1,000th goal there

Most Brazilians call it simply the Maracana, after the neighborhood in which it is located.

The Rio state governor must give the go-ahead to the name change, which was not met with universal acclaim by soccer fans.

Some said that Mario Filho was more worthy of the honor, while others argued that any new honoree should be from Rio.

Pele was born in Minas Gerais state and lived most of his life in the state of Sao Paulo. 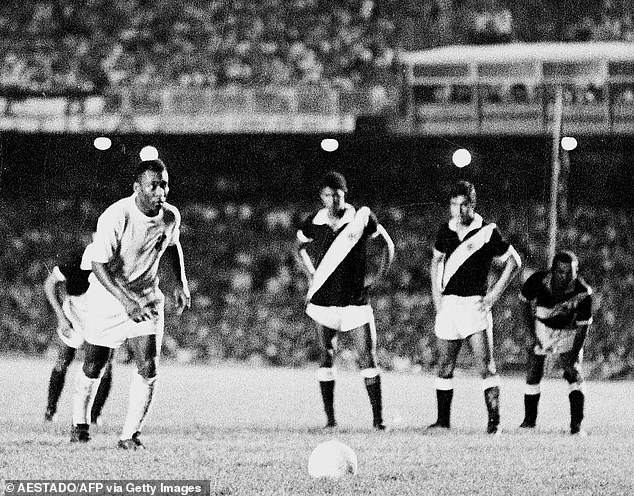 The striker is pictured scoring his 1,000th goal from the penalty spot in 1969 for Santos against Vasco de Gama

The Maracana is the home stadium for two local football clubs, Fluminense and reigning champions Flamengo.

But the giant 78,000-seat stadium’s history is also loaded with trauma for Brazilians.

It opened in 1950 for the World Cup, hosting Brazil’s heartbreaking 2-1 defeat by Uruguay in the final – a event still sorrowfully remembered as the ‘Maracanaco,’ which roughly translates as ‘Maracana death blow.’

Pele, 80, is credited with restoring Brazil’s football pride in the aftermath.

He is he only player in history to win three World Cups in 1958, 1962 and 1970, and is considered by many to be the greatest footballer in history.