THE 13-year-old boy who drowned in front of his heartbroken friends was a talented footballer who played for Bradford City.

Tomi Solomon was enjoying the half term school holidays by the River Calder, in Brighouse, West Yorkshire, on Tuesday afternoon when he got into difficulties. 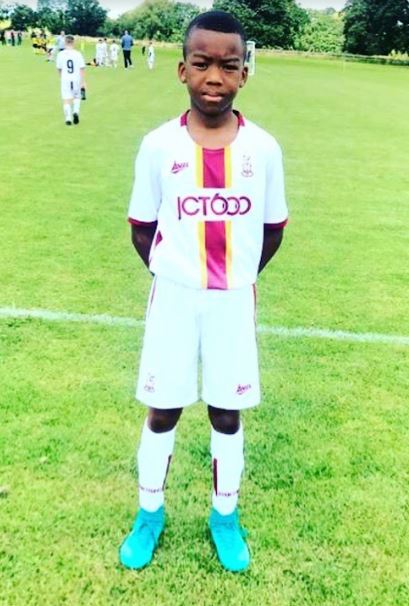 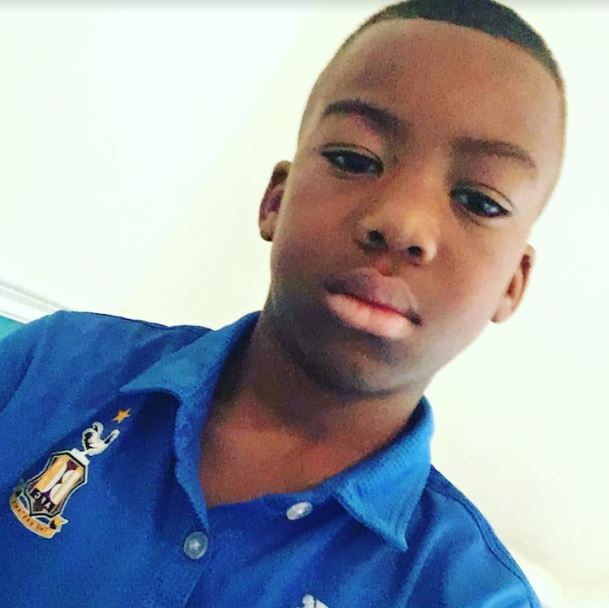 The schoolboy was with a group of around 15 girls and boys in a quiet spot where the slow moving river flows through an industrial estate on the outskirts of Brighouse.

Friends of the 13-year-old decorated a red football with tributes to the teenager, writing “RIP Tomi” along with moving tributes.

Dozens of flowers and cards were also left  on the railings overlooking the River Calder by pals and locals who were shocked by the tragedy.

One message read: "To Tomi. We a only spoke once a day but you was the nicest lad I had ever met, you brought spirit into a silent room.

“You don’t understand how much you meant to everyone. Heaven is lucky to have you. Gone too early but never forgotten.

Another friend wrote on social media: “Please this summer be careful where you go and what you are jumping off, as one of my friends had died earlier today. 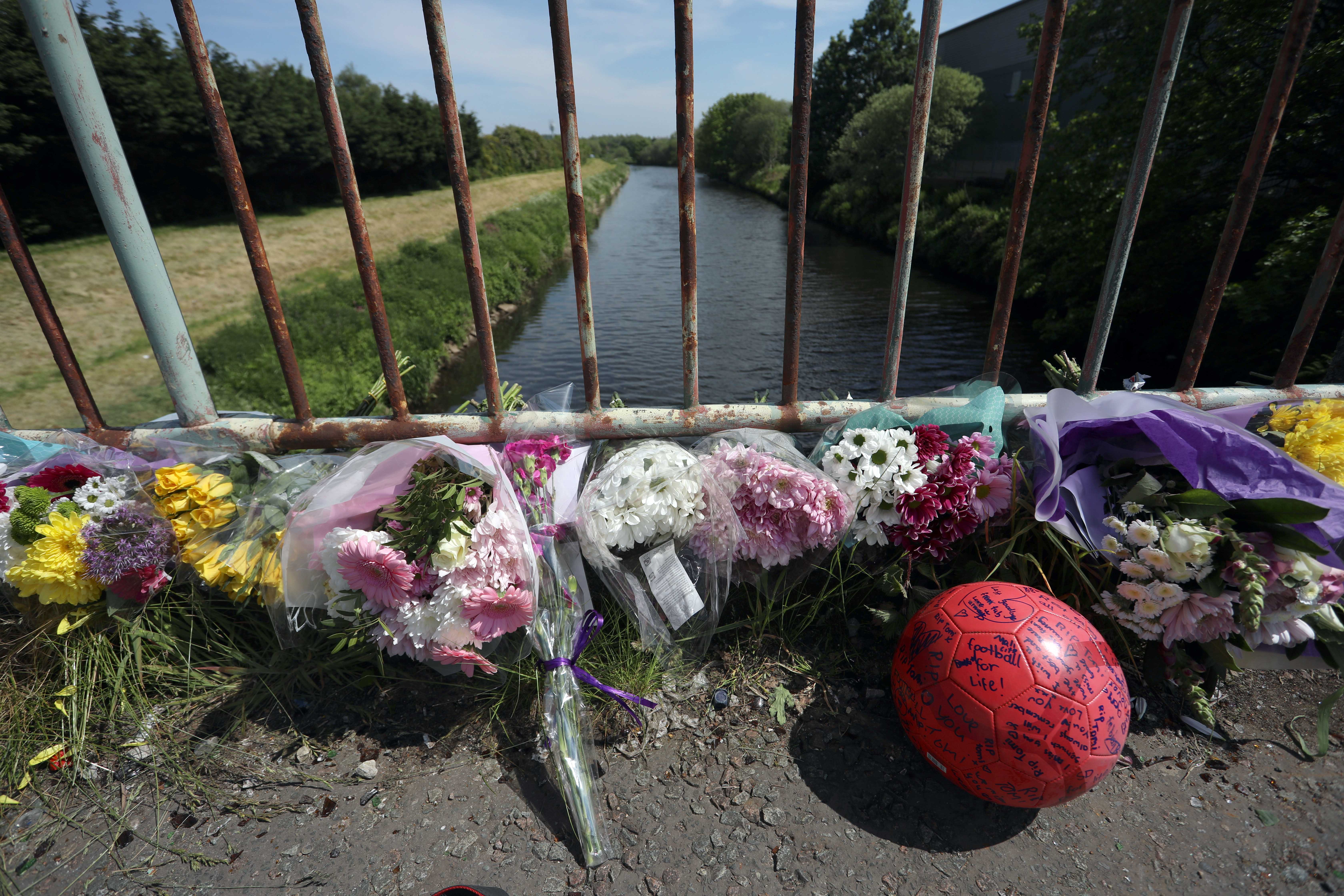 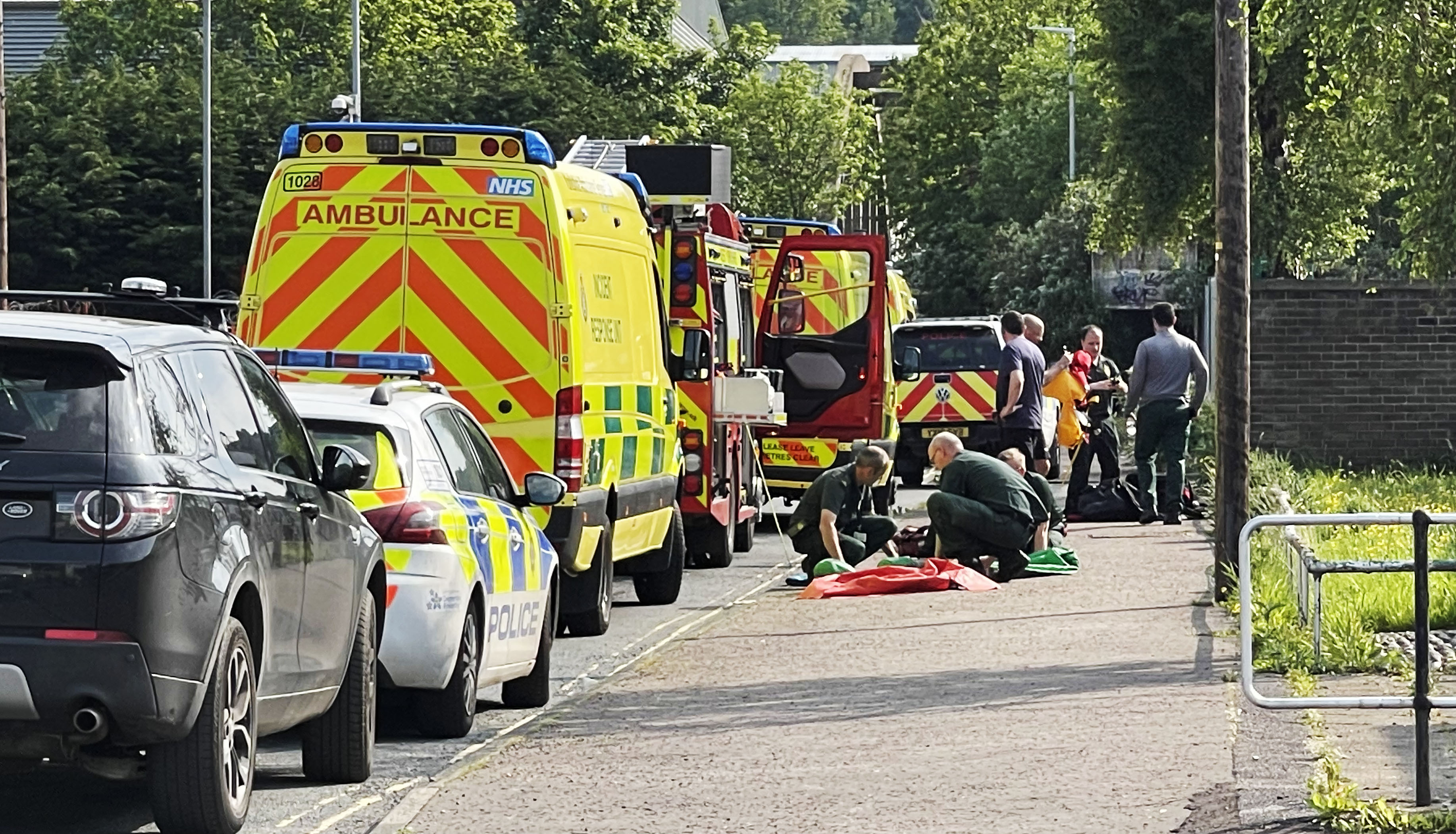 “My love goes out for all his close mate and family. RIP Tomi.”

Dozens of children were reportedly playing near the water during their half-term break from school on the hottest day of the year.

A worker from a nearby unit said: "The kids started to arrive at the bridge from about 1.30pm.

"They were coming in threes and fours and had obviously organised to meet up and swim in the hot weather.

“There were quite a few of the lads jumping in from the bridge, swimming to the side, climbing out up the grass bank and then jumping in again. They looked to have been having a great time.

“Then we heard the girls screaming and then the police and air ambulance arrived.

“This is a regular spot for kids when it’s warm weather.”

The drop from the foot bridge to the water below is about 12ft, with floral tributes being left by the railings the youngster, who was a pupil at Brighouse High School, clambered over to make the fatal jump. 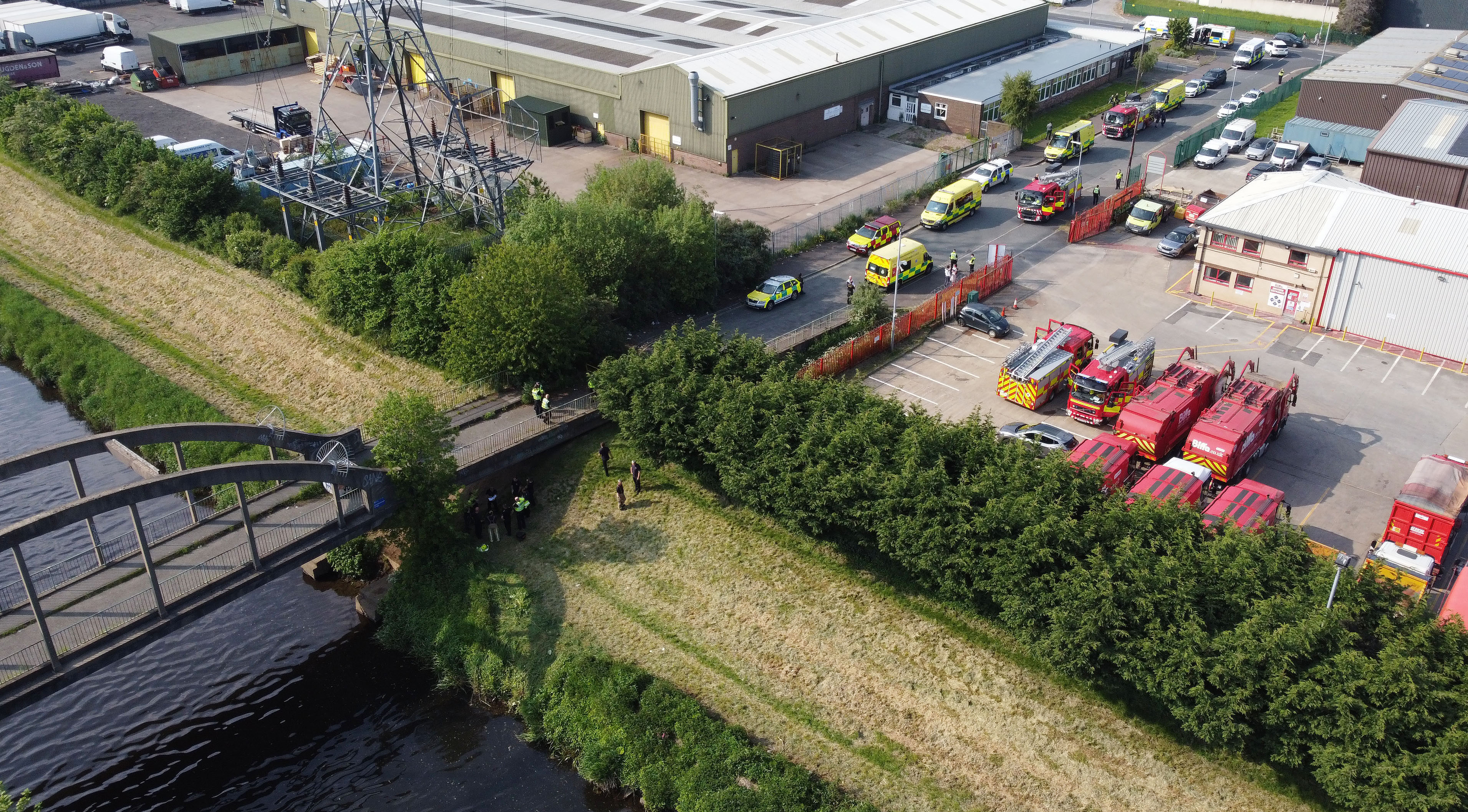 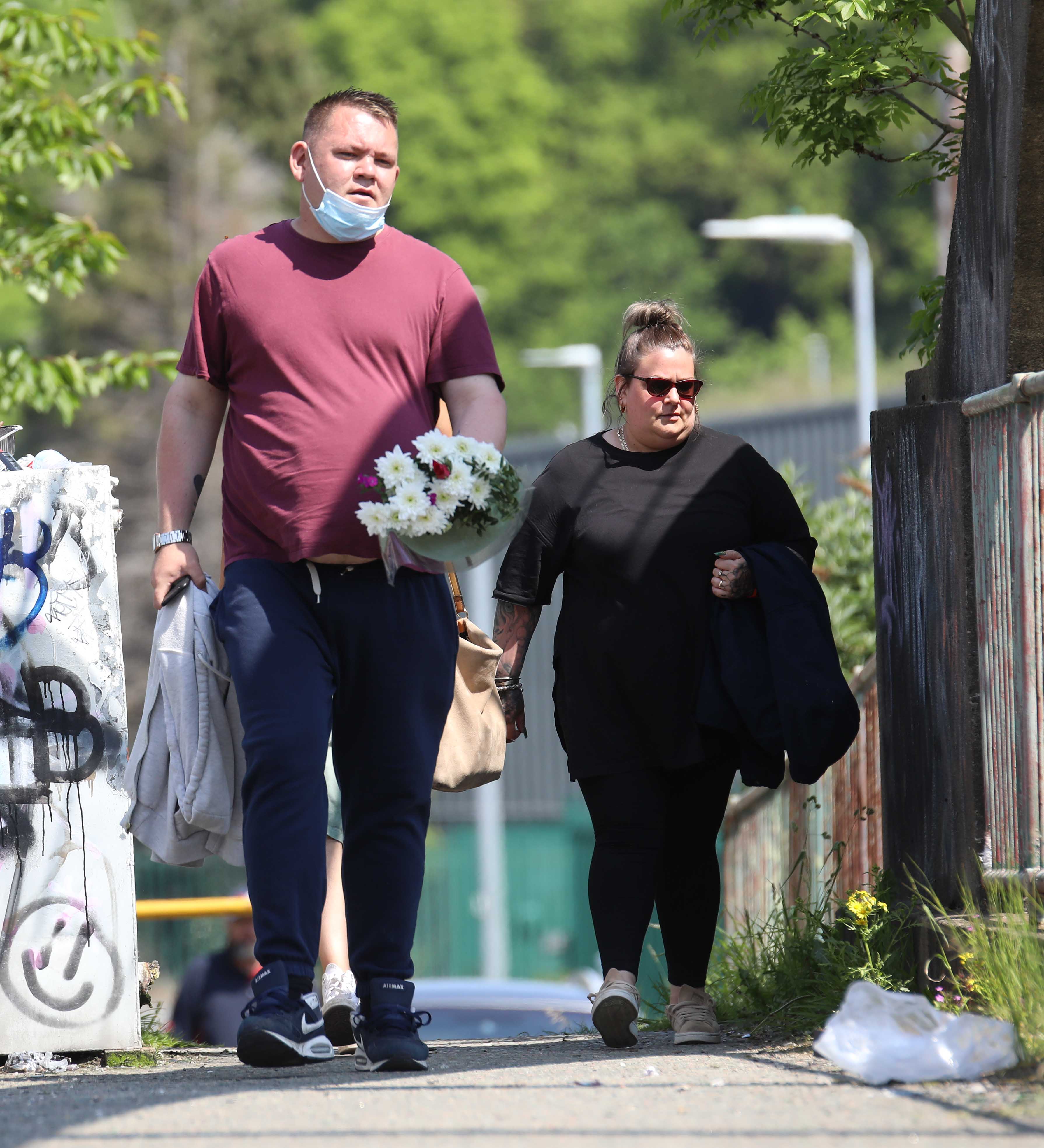 Richard Brewster, 34, visited the site of the tragedy to pay his respects, saying: “My 15 year old son was playing here with them half an hour before the lad drowned.

“It’s awful what has happened, but kids just don’t realise the dangers of water until something like this happens.

“My lads would have been here if he’d not had to leave to go to rugby practice.

“After he’s left he got a call on his mobile from one of his mates telling him the lad had drowned in the river.”

West Yorkshire Fire & Rescue Service (WYFRS) has since pleaded with the public to "think twice" before entering canals and rivers.

Andy Rose, group manager at WYFRS, said: "Unfortunately, during periods of warm weather, we tend to see these figures rise with people entering canals and rivers to cool down and swim.

"As appealing as this may seem, there are many hidden dangers that have tragically taken lives and I would urge members of the public to think twice before entering due to the potential unseen hazards and risks."

West Yorkshire Police said they, and partner agencies, were called to at 2.38pm on Tuesday (June 1) to reports a child who had been playing with friends had got into difficulties in water at the River Calder.

An urgent search was conducted by specialist fire service colleagues and police. Tragically, the body of a 13-year- boy was recovered.

Chief Superintendent Sarah Baker, District Commander of Calderdale Police, said: “We are continuing our enquiries with partners. Whilst investigations into what took place are at an early stage, indications are that this is a tragic incident in which a teenage boy has lost his life.

“Specially trained officers are working to support the victim’s family at this devastating time,  and our thoughts are with them.

“I would ask anyone who saw what happened and who may have not yet spoken with authorities, to contact Calderdale CID on 101 referencing police log 989 of June 1st.”