Boy, 12, found hanging by his mother after years of abuse from school bullies who told him ‘do us all a favour and slit your wrists’

A 12-year-old boy who had been subject to years of abuse from school bullies who told him ‘do us all a favour and slit your wrists’ was found hanged at his home.

Riley Hadley from Sidmouth, Devon, was home schooled following the bullying and had been upset when his mother talked to him about returning to school, an inquest heard today.

His mother Alison Holmes said that in recent months Riley was questioning his sexuality and ‘he might prefer boys’.

She said that he was still young and urged him not worry but he struggled to sleep and suffered with anxiety.

His mother said he was ‘a gentle, caring boy who struggled with large groups of individuals’. 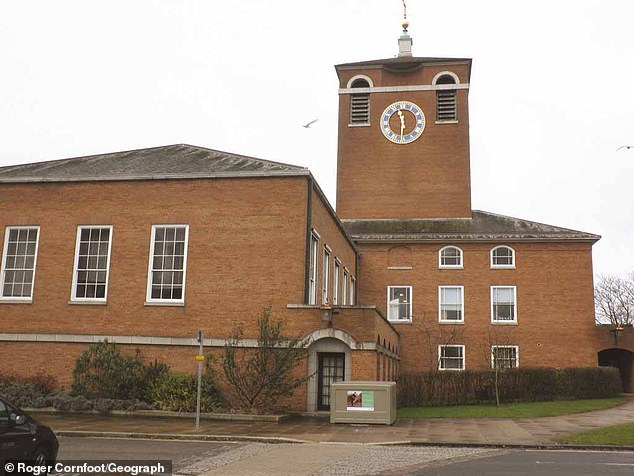 On the morning of his death in October 2019 Riley sent a text message to a friend saying ‘I have to come back to school’.

His friend replied ‘why’, but Riley did not read it.

The inquest at Exeter’s County Hall heard that Riley experienced years of bullying from fellow students.

The inquest heard that he was the victim of being chased by peer groups in a park, pushed into a road and tripped in school corridors and he was afraid to go to school.

Assistant coroner Alison Longhorn heard how Riley had been a victim of repeated bullying which included hurtful comments like ‘do us all a favour and slit your wrists’.

Riley’s mother returned to their home in Sidmouth, Devon, after work and found him hanging in his room.

A post mortem said he died from asphyxia by hanging.

Detective Inspector Charlotte Heath said police had spoken to around 30 children and found Riley had been the victim of bullying over a number of years.

Riley’s friends said he felt concerned over his sexuality and that he was gay.

They said he threatened to kill himself by hanging in 2014 and police found videos he made about suicide.

He had been reading a book called The Diary of a Wimpy Kid and his mother said he had cried when she said he may have to return to school or have a tutor but he seemed ‘a bit better’ when they talked about it.

The coroner recorded a suicide conclusion.

She said it must be ‘heartbreaking to lose someone so young in these circumstances’.

Anyone seeking help can call Samaritans free on 116 123 or visit Samaritans.org.