Boris Johnson ‘did not apologise’ for his handling of Nazanin Zaghari-Ratcliffe’s imprisonment as he came face-to-face with her today and was ‘shocked’ when she said she had ‘lived in the shadow of his words’.

Nazanin, 44, was joined by her husband Richard, 45, and daughter Gabriella, seven, as she met the Prime Minister at Downing Street and confronted him over the six hellish years she spent trapped in Iran after she was accused of being a spy.

Richard told reporters in Downing Street that Mr Johnson failed to ‘specifically’ apologise at their meeting for his 2017 gaffe where he wrongly claimed that Nazanin had been training journalists at the time of her 2016 arrest.

And the Prime Minister was left ‘quite shocked’ when Nazanin told him that she had lived in ‘shadow of his words’ for ‘the best part of four-and-a-half years’, said MP Tulip Siddiq, who also accompanied the family.

Nazanin, who was released in March, did not want to talk to reporters after the meeting and played with Gabriella while Ms Siddiq and Richard spoke to the media.

The meeting was the first time the two had met since Mr Johnson, then Foreign Secretary, made the mistake which led to an Iranian court using the comments as ‘proof’ that she was engaging in propaganda.

Nazanin was summoned before an unscheduled court hearing four days after the comments, where Mr Johnson’s words were cited as proof that she was engaged in ‘propaganda against the regime’.

After facing a sustained backlash over the remarks, Mr Johnson equivocated that he was sorry ‘if (he had) inadvertently caused any further anguish’. 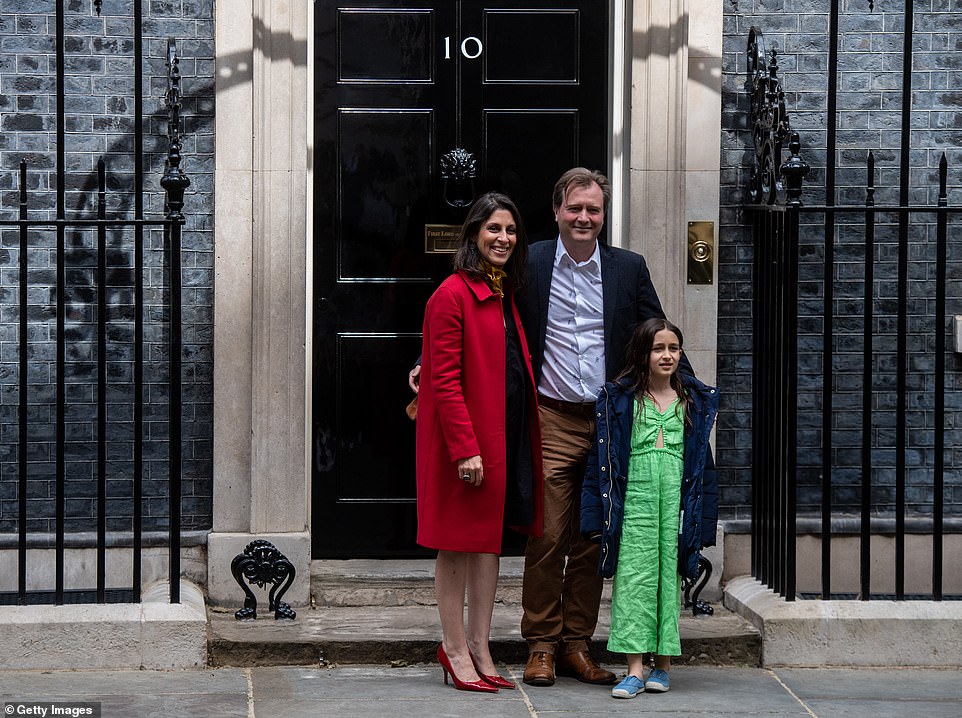 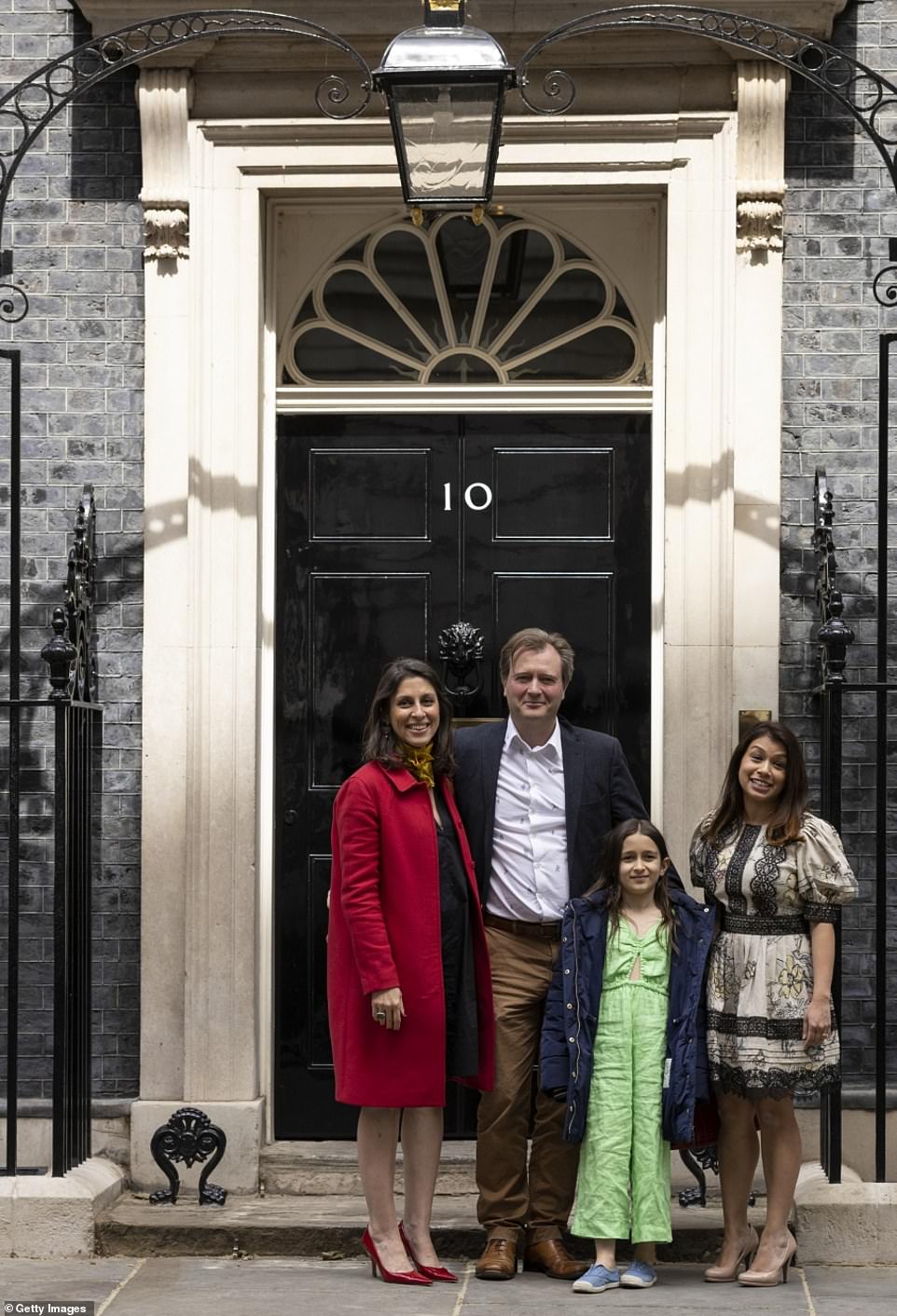 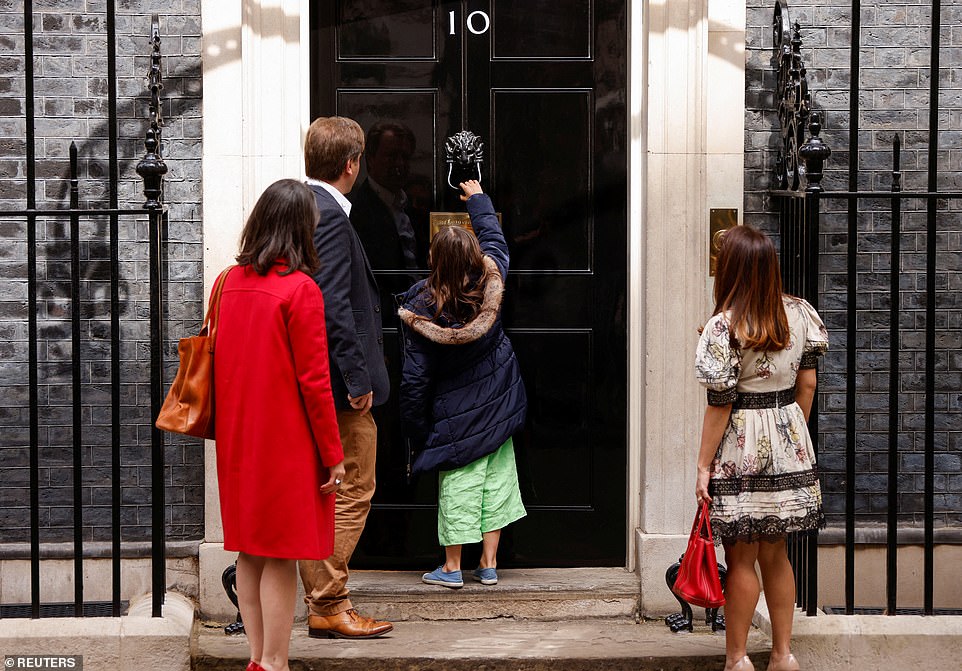 The Zaghari-Ratcliffe’s daughter Gabriella was seen knocking on the door of No.10 as her adoring parents watched on 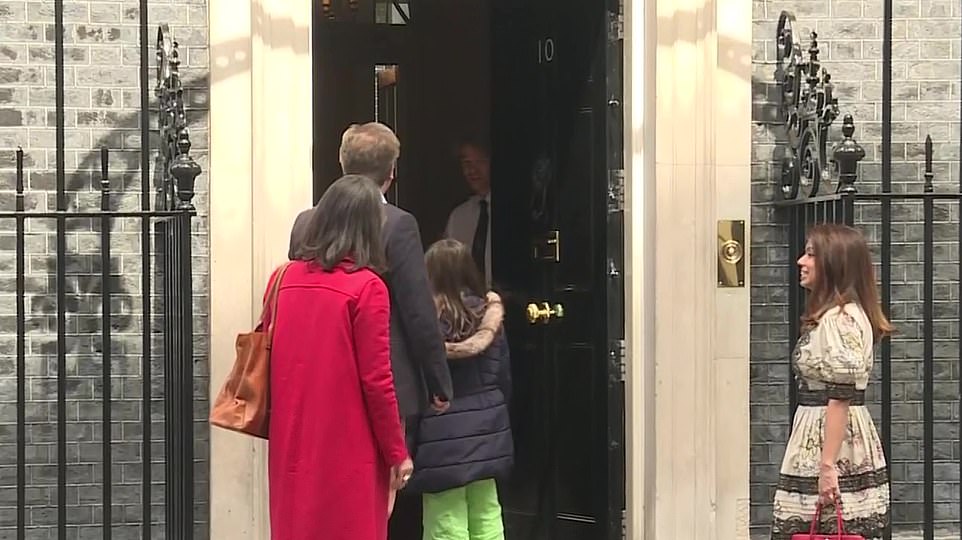 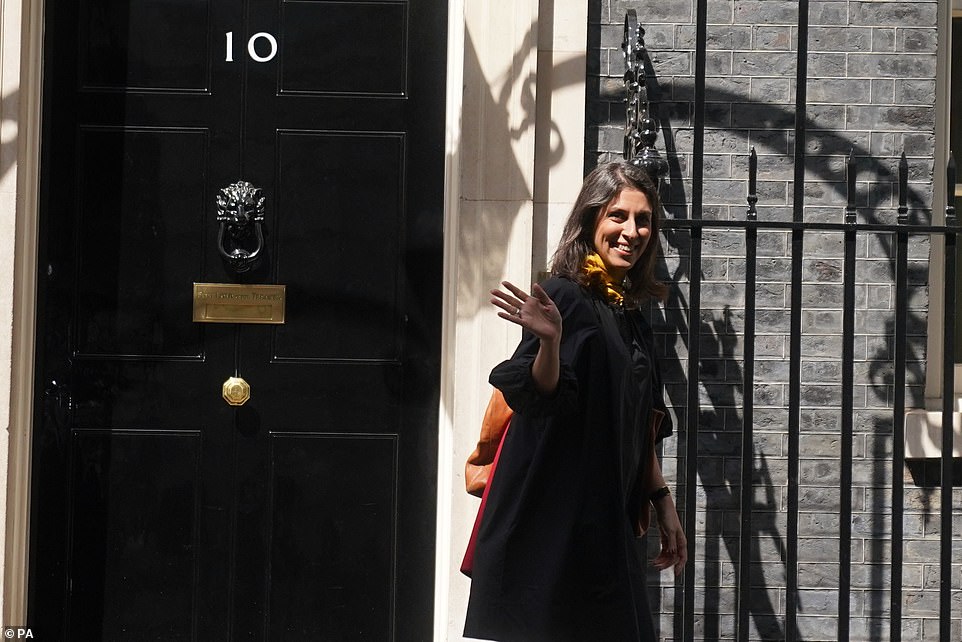 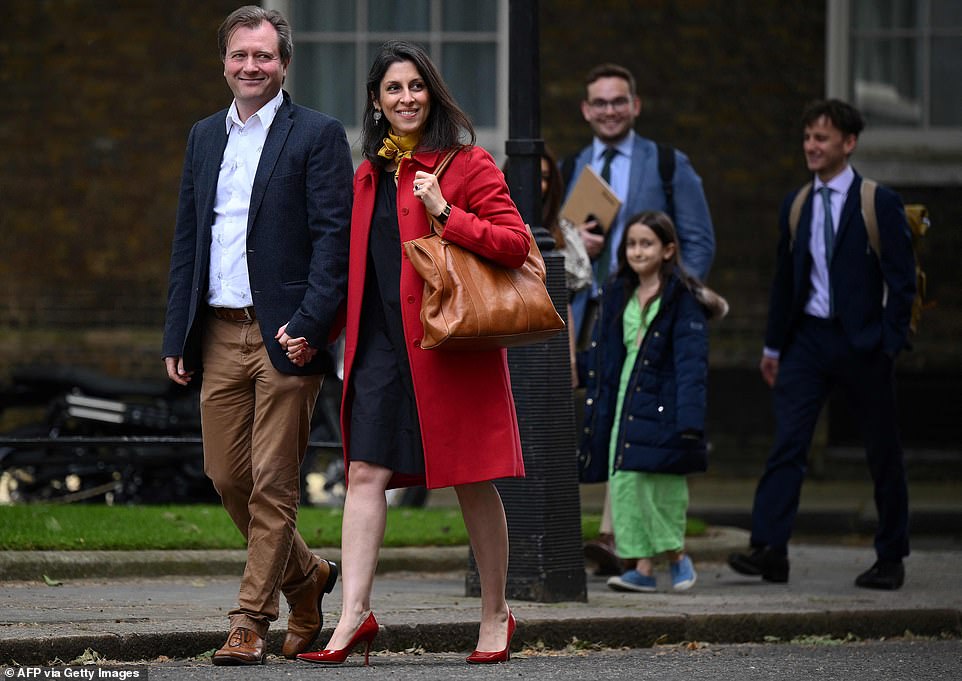 Richard Ratcliffe, who went on hunger strike for his wife’s freedom, said Boris Johnson didn’t apologise ‘specifically’ for clumsy remarks which were used against Nazanin in Iranian court 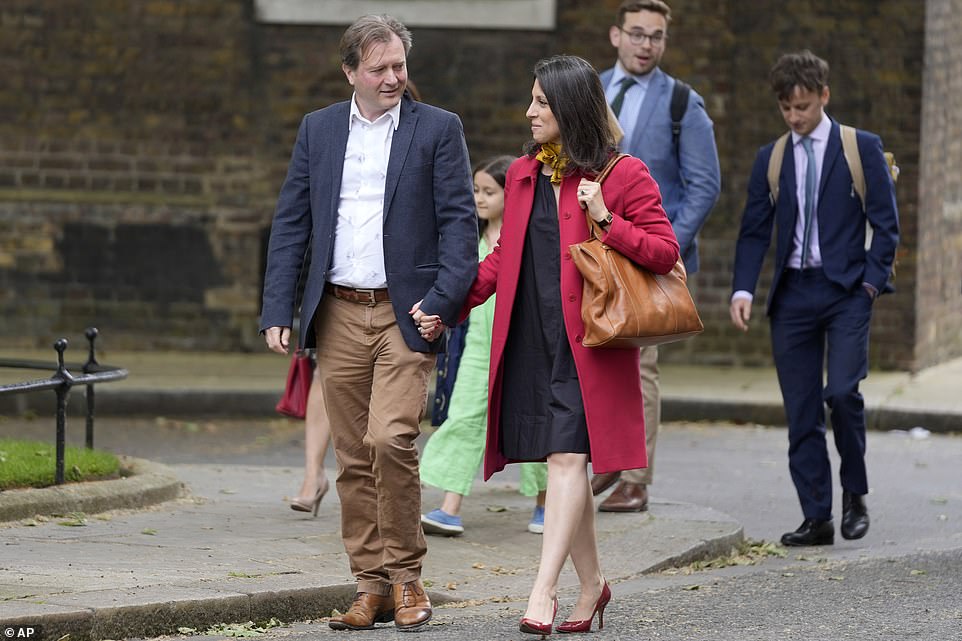 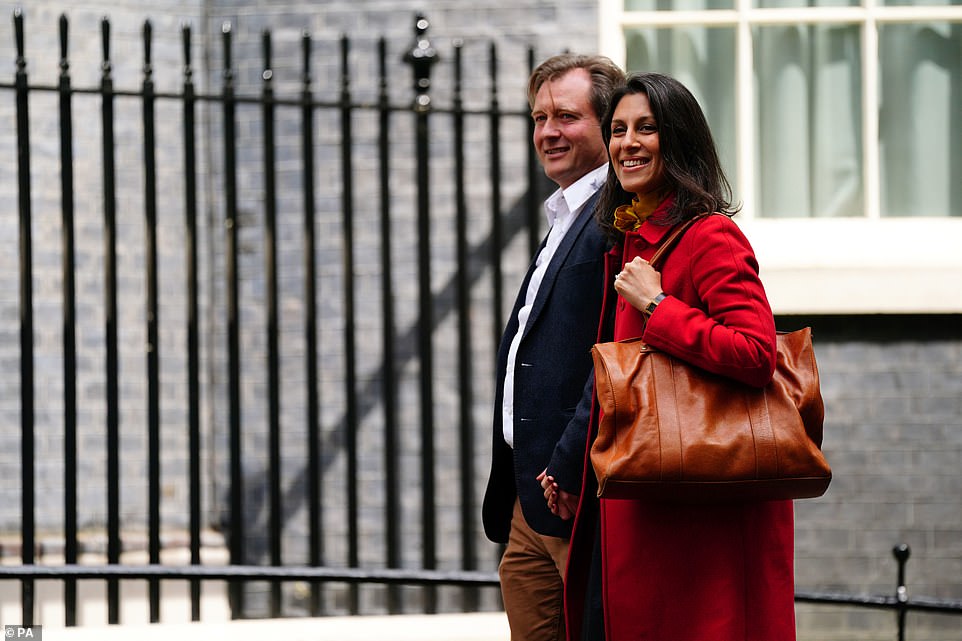 ‘I stand here now with the battle over for us.

‘I think there are lessons to learn, there is a wider problem.

‘We talked about the mistakes made at the end. It was rough at the end, and I think, when Nazanin is ready to talk about it, that is something that we need to go through.

‘But no, I think, it is not like when this is over that you feel angry. Relief is what I honestly feel.’

Asked earlier whether Mr Johnson would be apologising to Mrs Zaghari-Ratcliffe, the spokesman replied: ‘I think it is important to remember that it was the Iranian government who were responsible for her unfair detention, and the decision to release her was always in their gift.

‘However, I would point back to the Prime Minister’s words, his answers to questions on this before and he has previously apologised for his comments in 2017.’

Mrs Zaghari-Ratcliffe was freed in March along with fellow detainee Anoosheh Ashoori after the UK agreed to settle a historic £400 million debt dating to the 1970s after 5 years in Iranian jail on propaganda charges.

Ms Siddiq, MP for Hampstead and Kilburn, Mrs Zaghari-Ratcliffe’s constituency, said: ‘I was pleased to be invited to Number 10 along with my constituent Nazanin Zaghari-Ratcliffe and her family. I know her seven-year-old daughter Gabriella was particularly excited to be meeting the Prime Minister.

‘After six long years of unjust and unlawful imprisonment in Iran, Nazanin deserves to hear directly from the Prime Minister about why it took so long to get her home.’

The MP also said the continued detention of other British citizens, including Morad Tahbaz, would also be raised at the meeting. 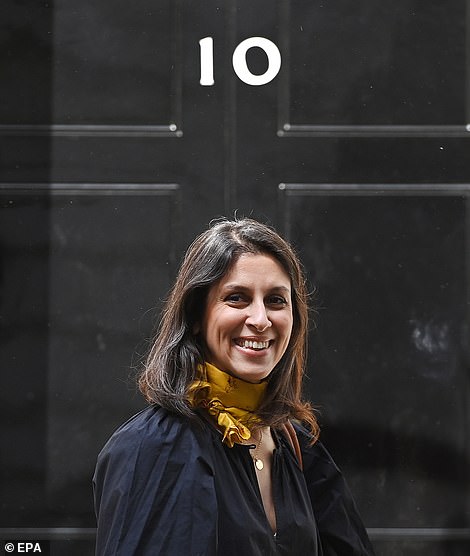 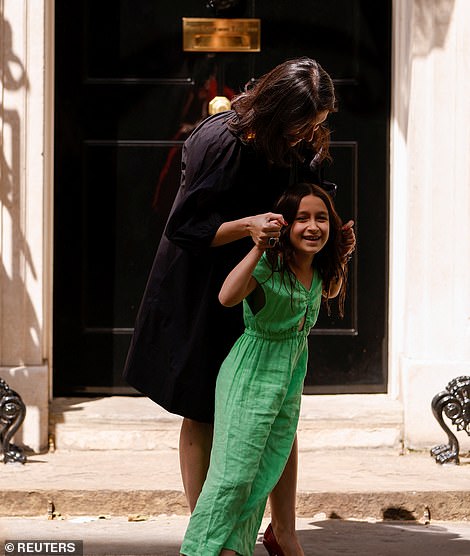 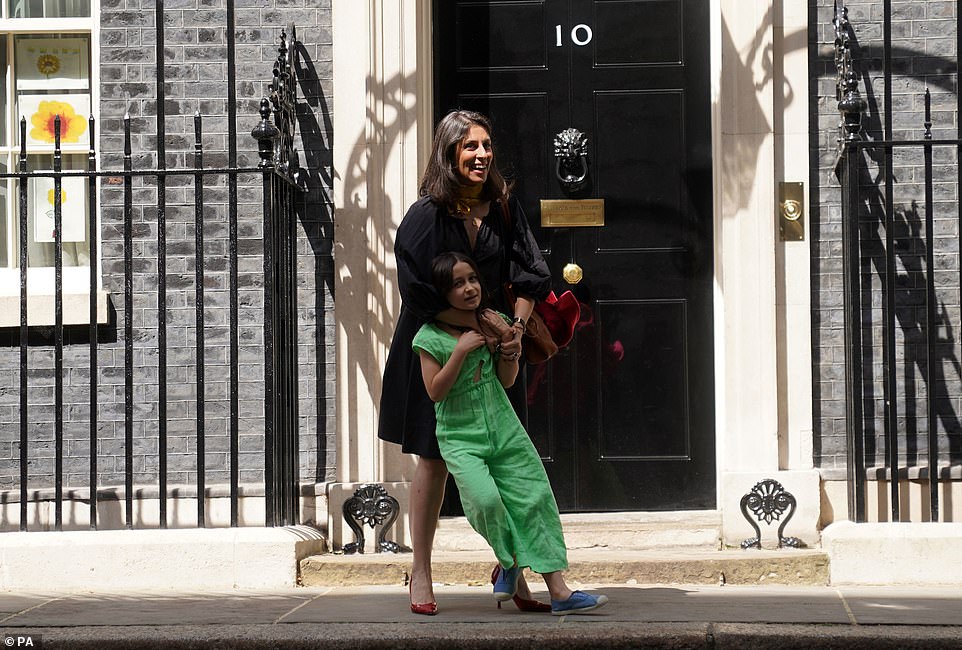 Richard took the lead with reporters while Nazanin played and talked with her daughter Gabriella outside No.10 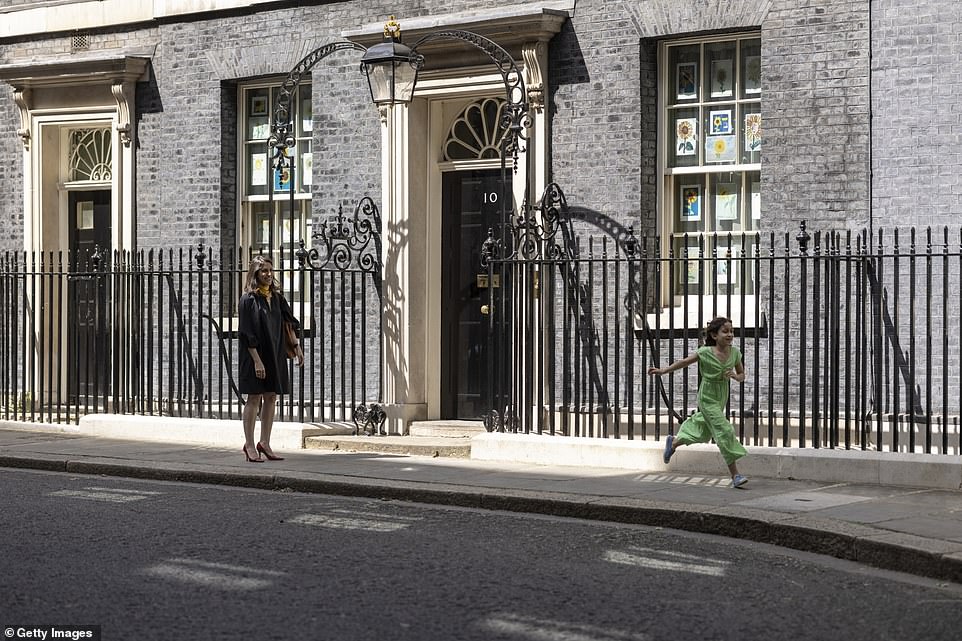 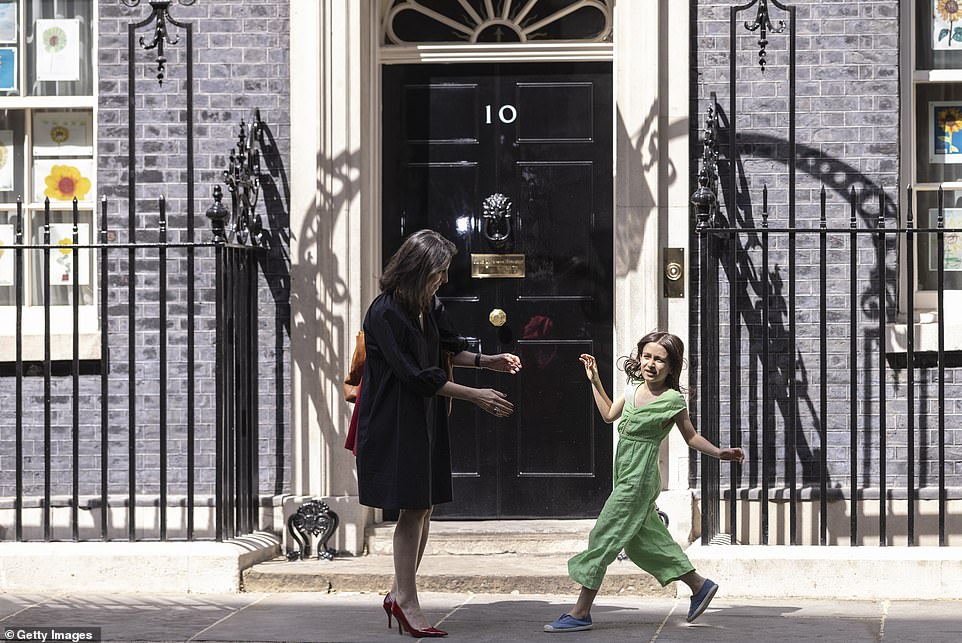 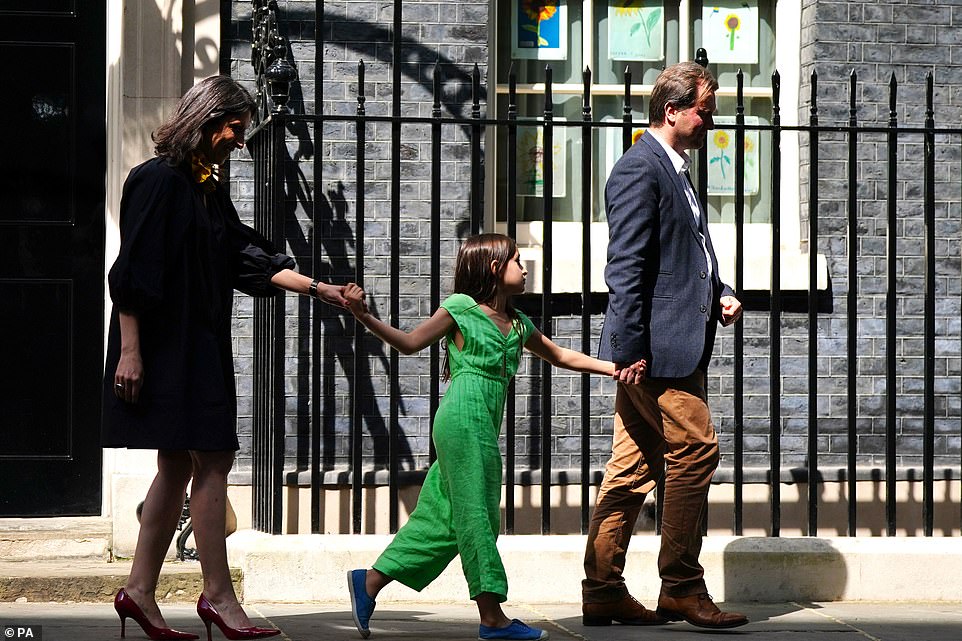 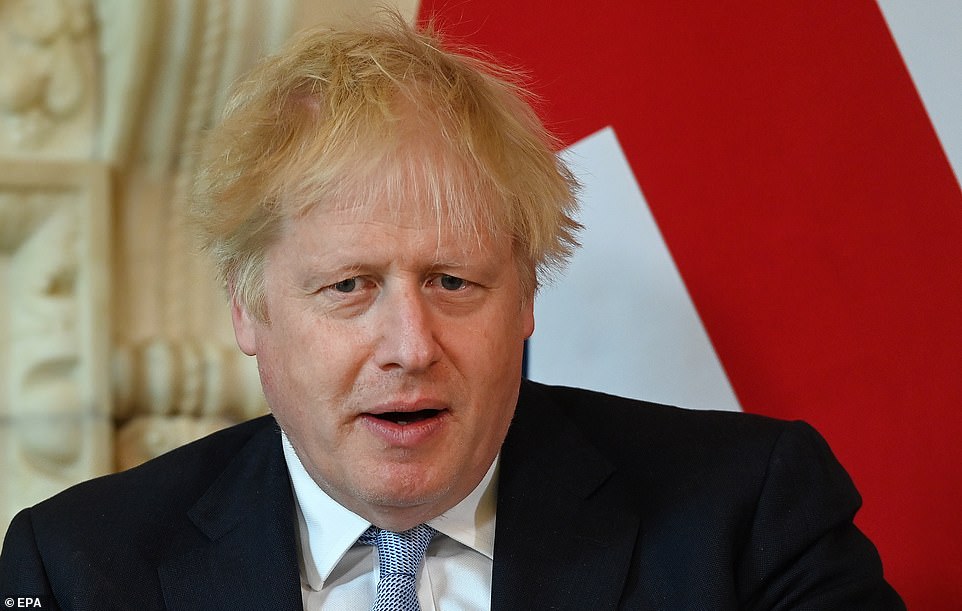 ‘(The Prime Minister) has a responsibility to ensure that others do not have to endure the six years of torment that Nazanin was put through,’ she said.

‘I will also be submitting evidence to the Foreign Affairs Committee’s inquiry on hostage-taking, which I hope will get the bottom of the Government’s abject failure in handling cases like Nazanin’s.

‘Never again must the Government allow British citizens to be taken hostage with so little done to secure their release and so few reprisals for those responsible.’

It comes after an announcement last month that MPs are to stage an inquiry into the detention and release from Iran of Nazanin and Anoosheh Ashoori.

The Commons Foreign Affairs Committee said it will take evidence on how their cases were handled by British officials as part of a wider investigation into ‘state-level hostage situations’.

Following their return, both detainees have been critical of the failure of the Foreign Office (FCDO) to secure their freedom sooner.

Announcing the inquiry, the committee’s chairman, Tory MP Tom Tugendhat, said their return was ‘long overdue’ and that they were right to seek answers as to what happened.

The Prime Minister has said he will consider giving evidence to the Commons inquiry after Nazanin and Richard brought it up in their meeting. 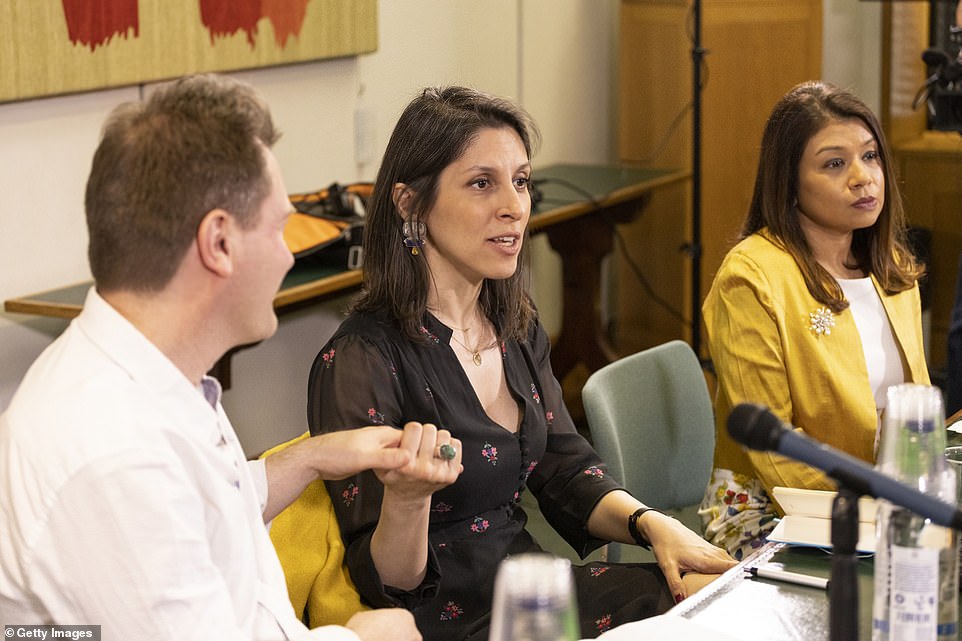 Ms Siddiq told broadcasters: ‘One of the things … Nazanin and Richard did ask the Prime Minister is whether he would consider giving evidence to the Foreign Affairs Select Committee, which is doing an inquiry into Nazanin’s case and why it took so long and all the steps taken up to having her released.

‘So they’ve actually asked if the Prime Minister would give evidence because we think that would be quite compelling and powerful, and he said he would look into that.’

She told broadcasters: ‘I was really proud of Nazanin. She was sitting next to the Prime Minister, and she told him very clearly and categorically that his words had had a big impact on her and that she had lived in the shadow of his words for the best part of four-and-a-half years.

‘I have to say the Prime Minister looked quite shocked, I think, when she said that, but I was really proud she did say that because she wanted to make it clear to him that she’s happy now, she’s grateful, she appreciates the fact that she is home now, but there was a time when the words had a big impact.’

Ms Siddiq told the media: ‘Nazanin doesn’t want to speak if that’s OK but Richard and I will answer a few questions.’

As the family left they paused to take their own photo further down the road.

‘It is something we have been trying to arrange. I’ve set out that he is going to welcome her to Downing Street to discuss her ordeal in Iran.’

‘The official said the engagement was ‘something we’ve worked together on to make happen’.