One more blunder and you’re out!: ‘Furious’ Boris Johnson warns Dominic Cummings that he can’t afford to become the story again following media firestorm over his Durham trip

Boris Johnson has gagged his maverick aide Dominic Cummings from making media appearances and issuing bizarre blog posts after sparing him the axe, The Mail on Sunday can reveal.

Downing Street sources have told this newspaper a furious Prime Minister warned that he would not tolerate another media firestorm concerning his eccentric right-hand man.

A No 10 insider said: ‘The Prime Minister has made it absolutely clear Dominic cannot be the story again. He will not tolerate it. If it happens again, he’s out.’

Although police did not find Mr Cummings had breached the law with his 260-mile trip to Durham, it is understood Mr Johnson is furious at how his aide fanned the flames of the row with combative quotes to the media from ‘friends’ and a hostile appearance before the cameras outside his house last Saturday. 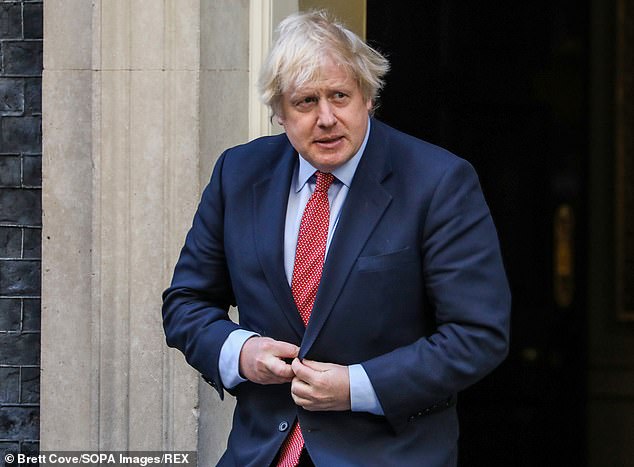 Facing a torrent of public criticism, Mr Cummings emerged to berate journalists, claiming: ‘Who cares about good looks? It’s a question of doing the right thing. It’s not about what you guys think.’

At crisis meetings at No 10 last weekend, Mr Johnson received a ‘chapter and verse account’ of what Mr Cummings and his family had done while he himself was in hospital with Covid-19.

And while he was satisfied with the explanation, one source said he was ‘very miffed’ with how the fallout was handled and Mr Cummings has one ‘last chance’.

According to one official, the PM ‘unsurprisingly had more than a few words to say to Dom behind the scenes’.

Another added: ‘I don’t expect there’ll be any blog posts or media appearances by Dom for a very long time. He’s been firmly put in his place.’

Mr Cummings blog post last year calling for ‘weirdos and misfits’ to come work for him at No 10 prompted a major row over one of the successful candidates who was later forced to resign.

In terms of public opinion, Mr Johnson has paid a heavy price to keep his powerful adviser in his job, according to a new poll for The Mail on Sunday.

A survey by Deltapoll today finds that the Conservatives’ lead over Labour has collapsed to just five points. Just over a month ago, that lead was 19 points and last week it was ten points.

Now 43 per cent of voters say they would vote Tory tomorrow, compared to 38 per cent who would vote for Labour.

Amid a torrid week of headlines, Mr Johnson’s own personal approval ratings have seen a similar decline. At the start of the outbreak, 70 per cent of respondents thought he was doing well. That figure is now 54 per cent.

Deltapoll chief Joe Twyman said: ‘The public support for both Boris Johnson specifically, and his Conservative Government more generally, has fallen significantly over the last few weeks, a trend that has accelerated following the revelations surrounding his chief adviser Dominic Cummings. 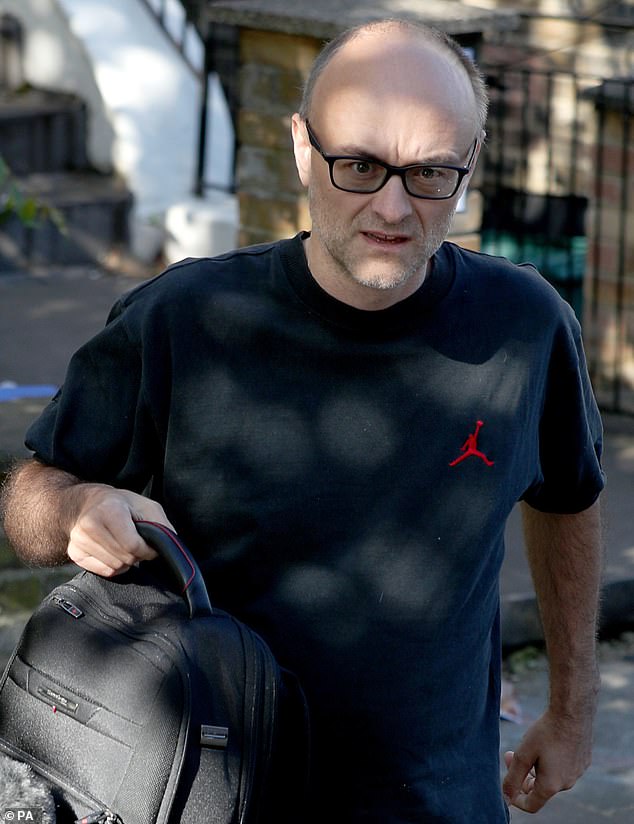 According to one official, the PM ‘unsurprisingly had more than a few words to say to Dom behind the scenes’

‘Downing Street will be hoping that this downward trend does not continue and that these recent events are a talking point, not a turning point.’

Last night, a senior Government scientist also launched a barbed attack on Mr Cummings, after other officials had attempted to distance themselves from the row.

Deputy Chief Medical Officer Jonathan Van-Tam was asked at the Downing Street daily news conference whether people in authority should give a lead and obey the rules.

‘Thank you for the question and I’m quite happy to answer it,’ he said. ‘In my opinion, the rules are clear and they have always been clear. In my opinion, they are for the benefit of all and in my opinion they apply to all.’

On Thursday, Chief Medical Officer Chris Whitty refused to be drawn on the subject, insisting he wanted to remain out of politics.