A CONSPIRACY theory in Texas claims the severe snow brought by a freezing winter storm is actually fake and was sent by Bill Gates to fuel climate change fears.

While the US continues its recovery after being hit by storm Uri last week, TikTok users are spreading the bogus claims with some rather bizarre videos. 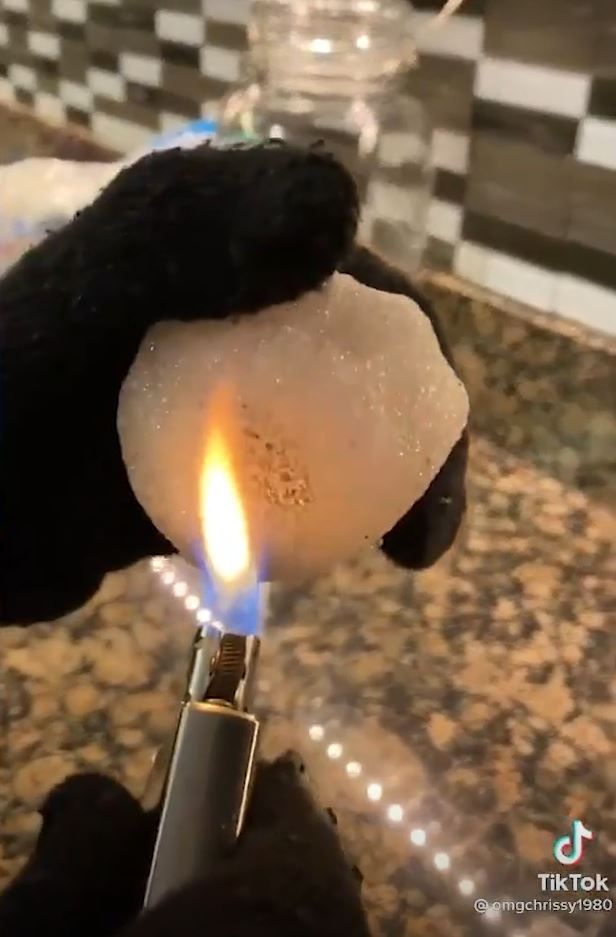 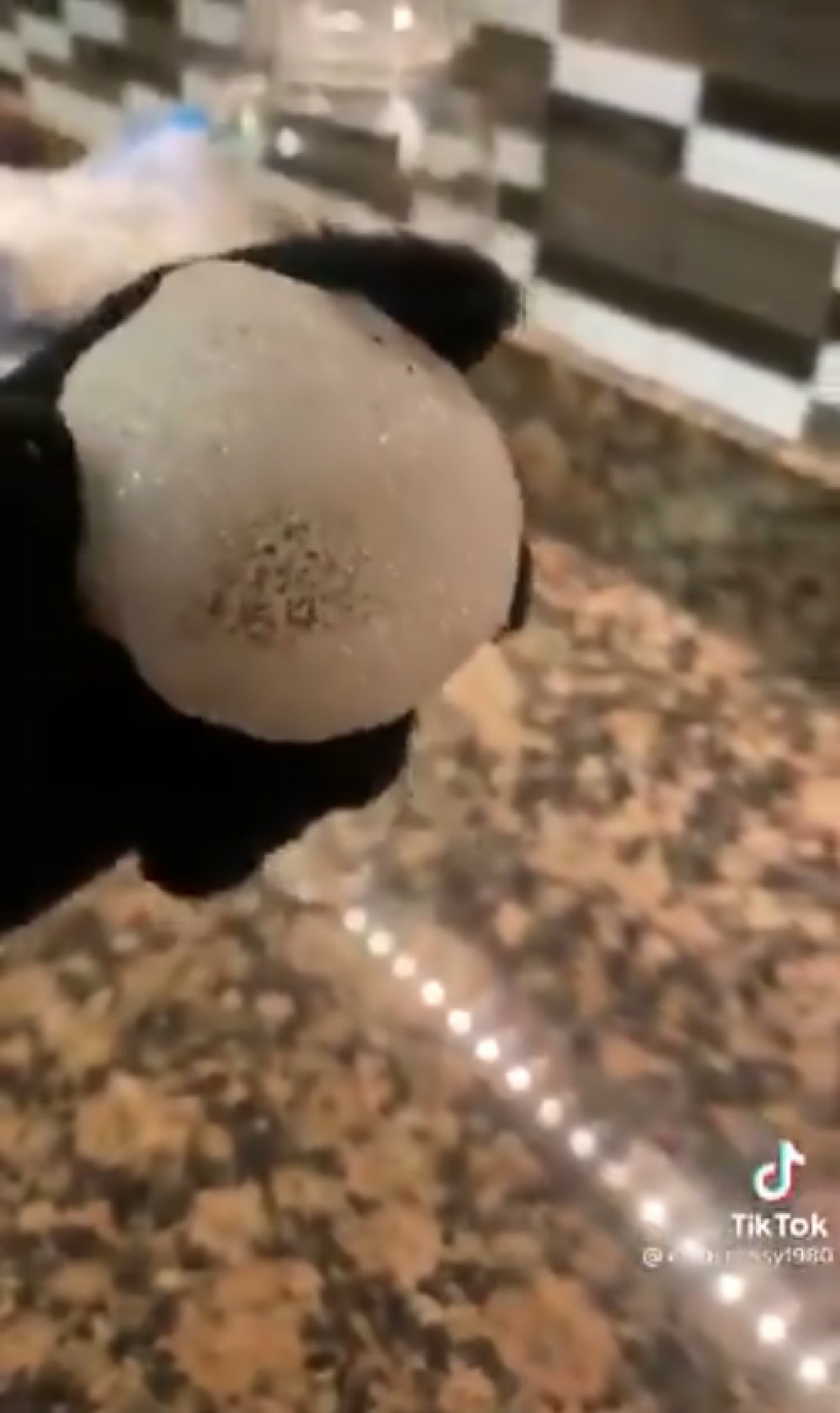 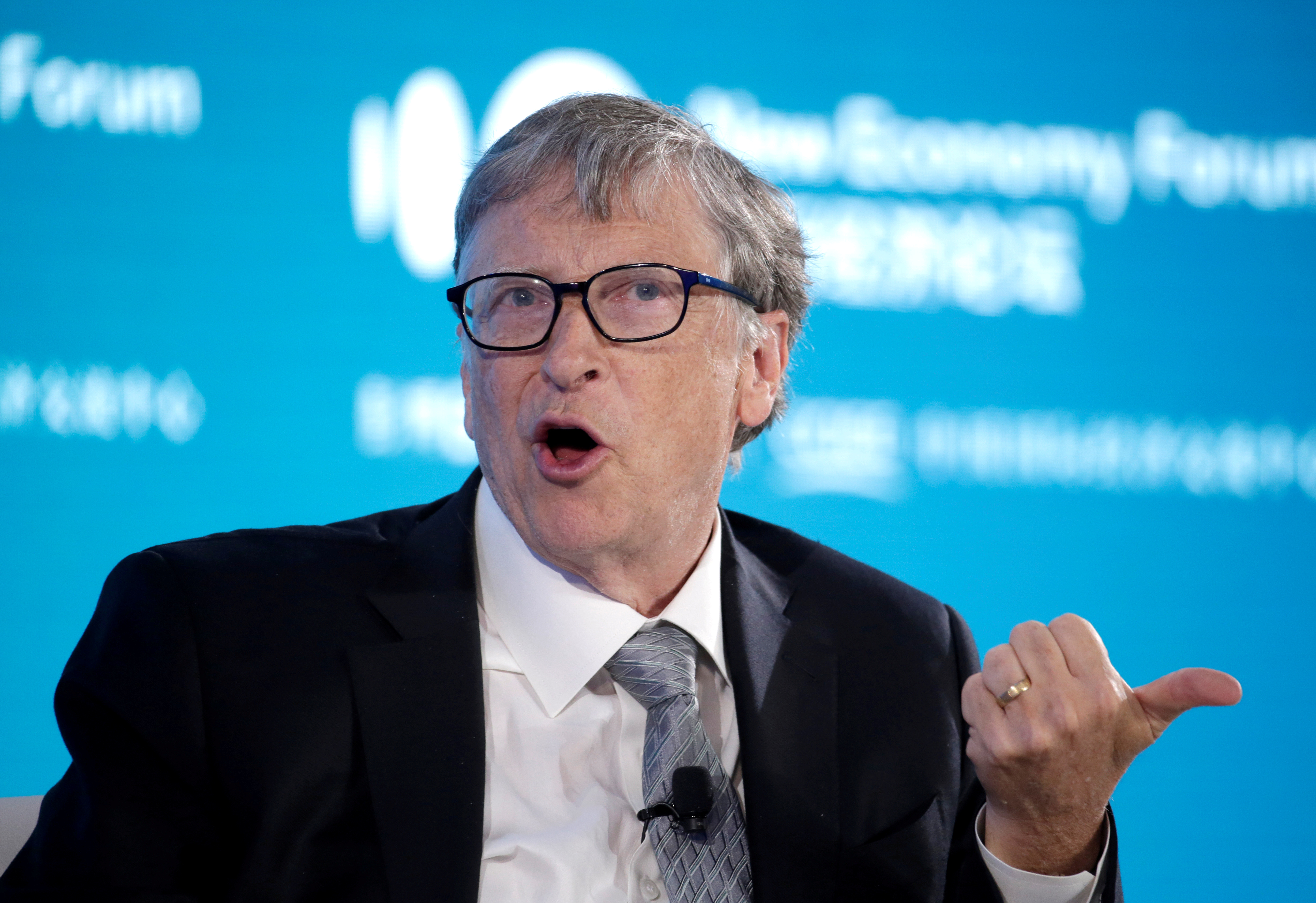 A few viral hashtags have popped up – such as #governmentsnow – claiming the snowfall in Texas is fake, with some people even attempting to burn the snow as "evidence".

TikTok users have been posting videos of themselves lighting balls of snow on fire with lighters and candles.

When the flame hits the snow and the snow does not melt, TikTokers claim this shows the snowfall is fake and was engineered by the government.

In a video, a woman holding a cigarette lighter to a snowball over her bathroom basin says: "This goes out to our government and Bill Gates. Thank you Bill Gates for trying to f***ing trick us that this is real snow.

"You’ll see it’s not melting and it’s going to burn. Snow don’t burn. Snow f***ing melts. No water, no dripping, no nothing.

"If I put this s*** in the microwave, it’s going to start sparking because there’s metal mixed in it."

In a clip, a girl gathers a snowball from her lawn, holds it over a tealight candle and notices it does not melt immediately – which, she claims, supports the conspiracy theory.

In another video, a TikTok user uses a hair-dryer on a snowball and says: "It's not melting."

In reality, all snow reacts like this due to a process called sublimation – which means solid snow goes directly into water vapor without first melting into liquid water.

The black color seen when trying to "burn" the snow actually comes from the lighter because the butane, lighter fluid, or solid fuel emits soot which accumulates on the snow's surface, creating a dark film. 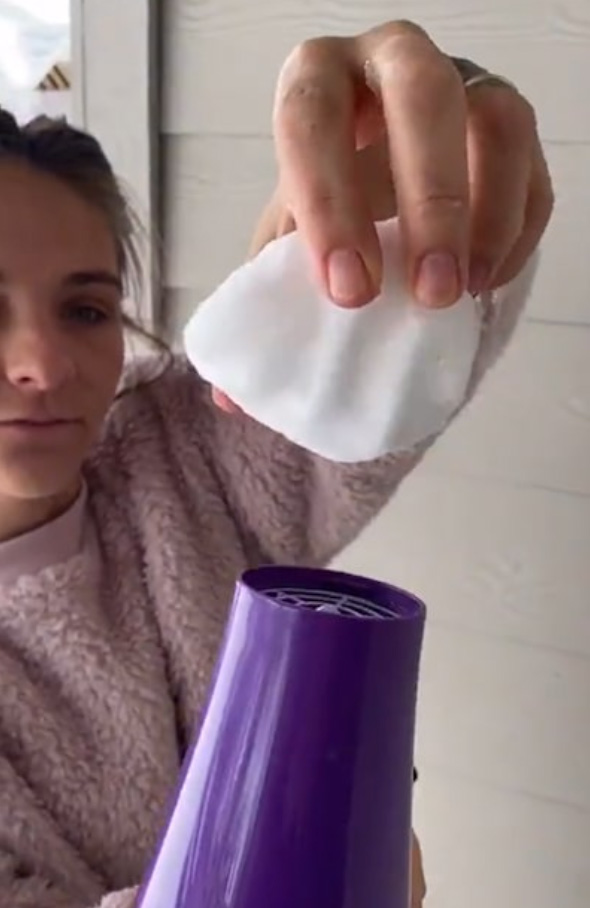 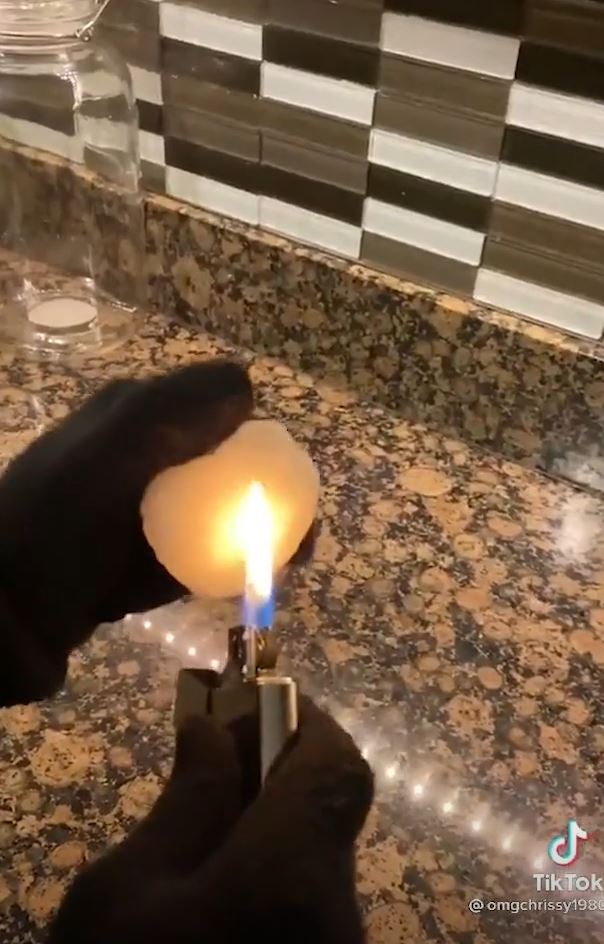 The chemicals can also create a nasty smell.

A similar phenomenon would happen if you did the same thing with a clear glass – a layer of butane or lighter fluid would accumulate on the glass, creating a black color.

But even though the scientific community has no doubts on the sublimation process, TikTok users continue to spread misinformation with their conspiracy theory.

They claim former Microsoft co-founder Bill Gates – who has studied climate change for years – was behind what they called "fake" snow.

Science writer Phil Plait then debunked the myths, explaining: "The black scorch marks are actually from the lighters themselves. Butane is a hydrocarbon, a molecule made up of carbon and hydrogen.

"When you burn it, the molecule reacts with oxygen in the air, breaking the bonds between atoms, and reforming new molecules. If the burning were perfect, all you’d have left is carbon dioxide (CO2) and water (H20).

"But the burning is never completely perfect, and you get other stuff too. One thing that happens is that some of the carbon molecules reform into long chains, creating what we call soot.

"It’s that stuff that’s collecting on the snowball, not material from the snow itself." 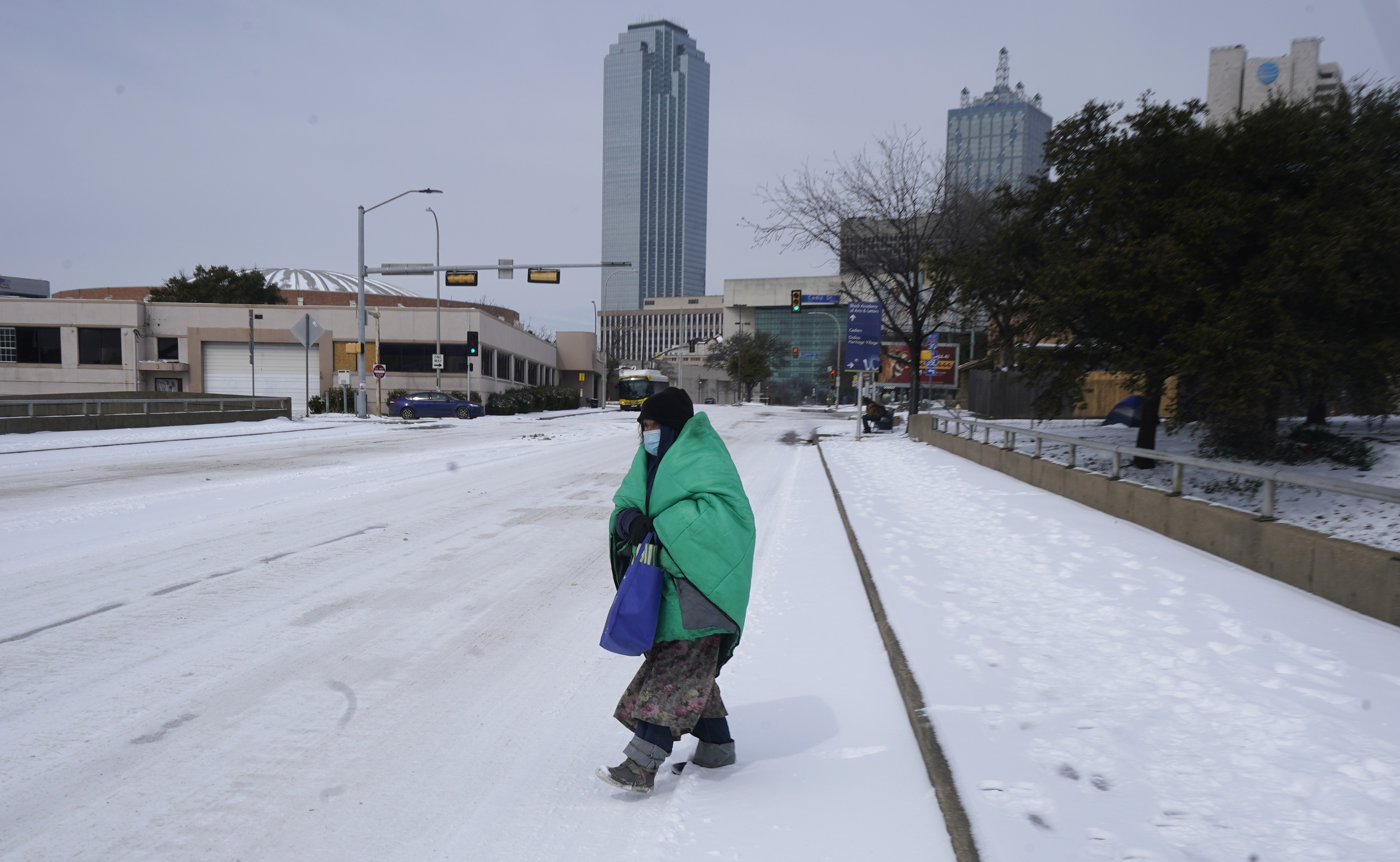 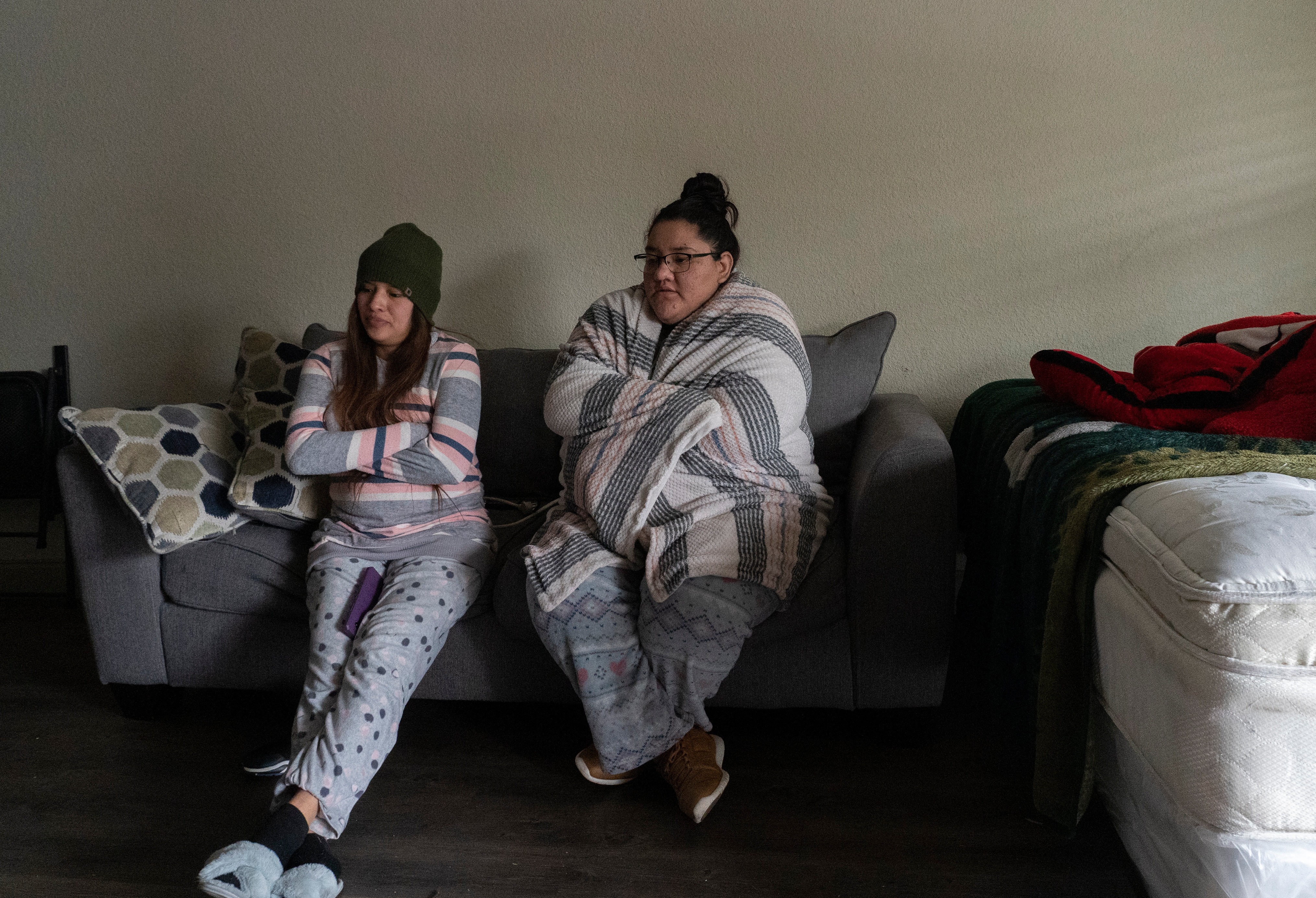 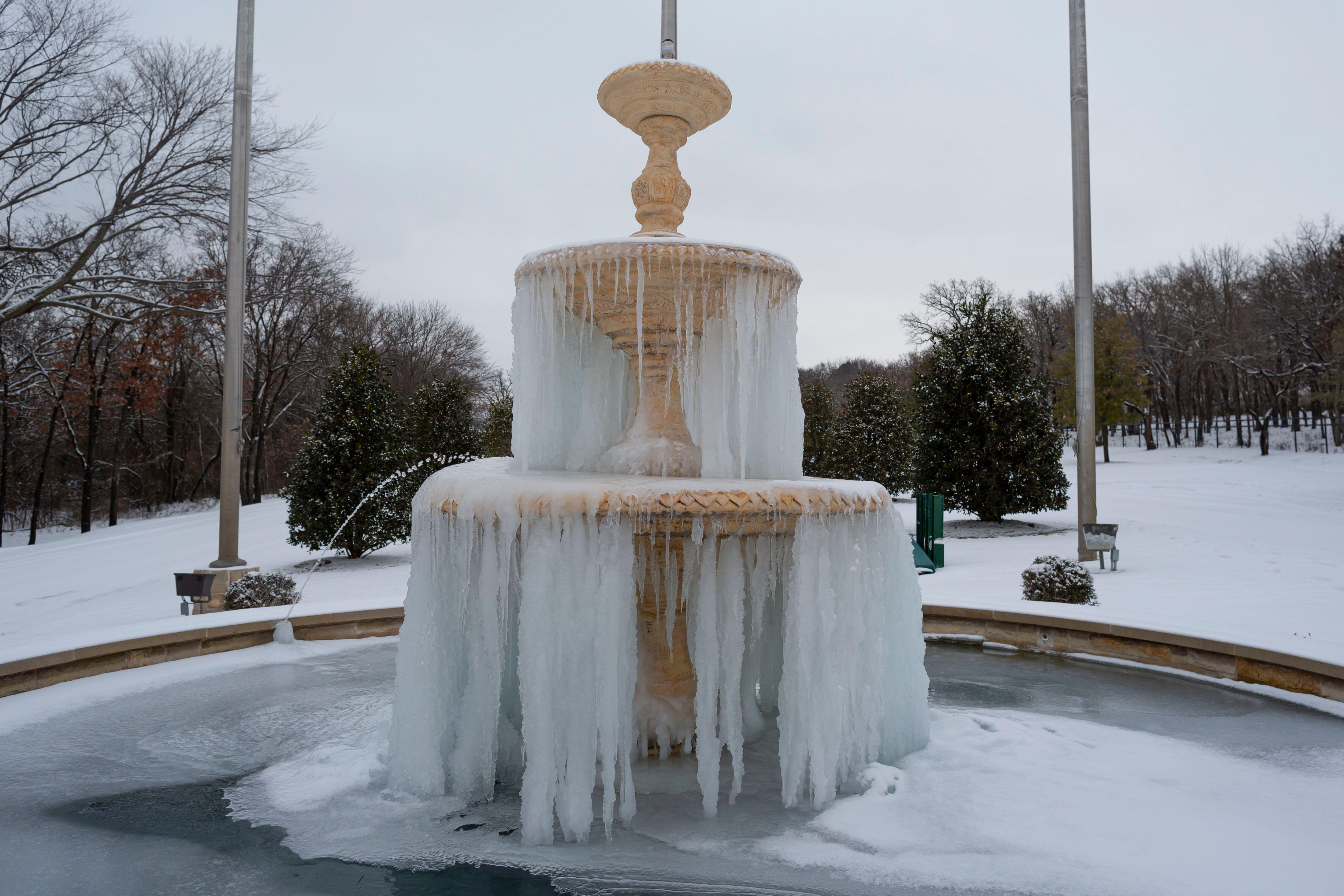 The severe weather in Texas, which has been linked to climate change, left millions of people without power and water.

More than 70 people even died due to the freezing conditions, with over a third of Texans still remaining without water on Sunday.

Among the fatalities, there were many who perished while struggling to get warm and a Tennessee farmer who tried to save two calves that apparently wandered onto a frozen pond.

A man reportedly froze to death in his recliner chair with his "nearly dead" wife by his side and three children perished in a fire as they huddled in a fireplace for warmth.

President Joe Biden on Saturday declared Texas a major disaster, which would provide federal funding to 77 counties across the state. 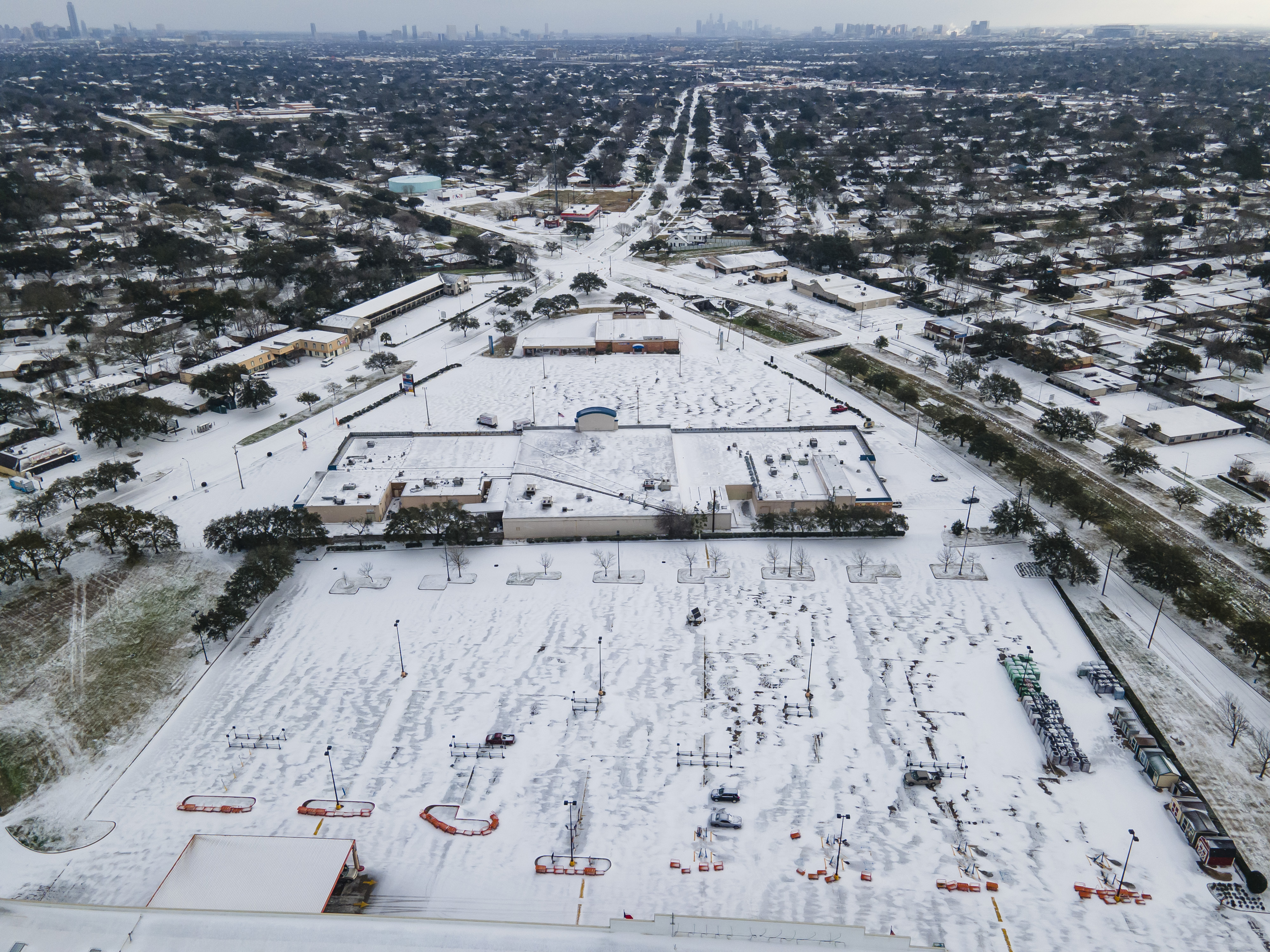