MISCARRIAGE is a heartbreaking event for any parent to have to go through.

But a new study has found black women are considerably more likely to suffer a miscarriage than white women. 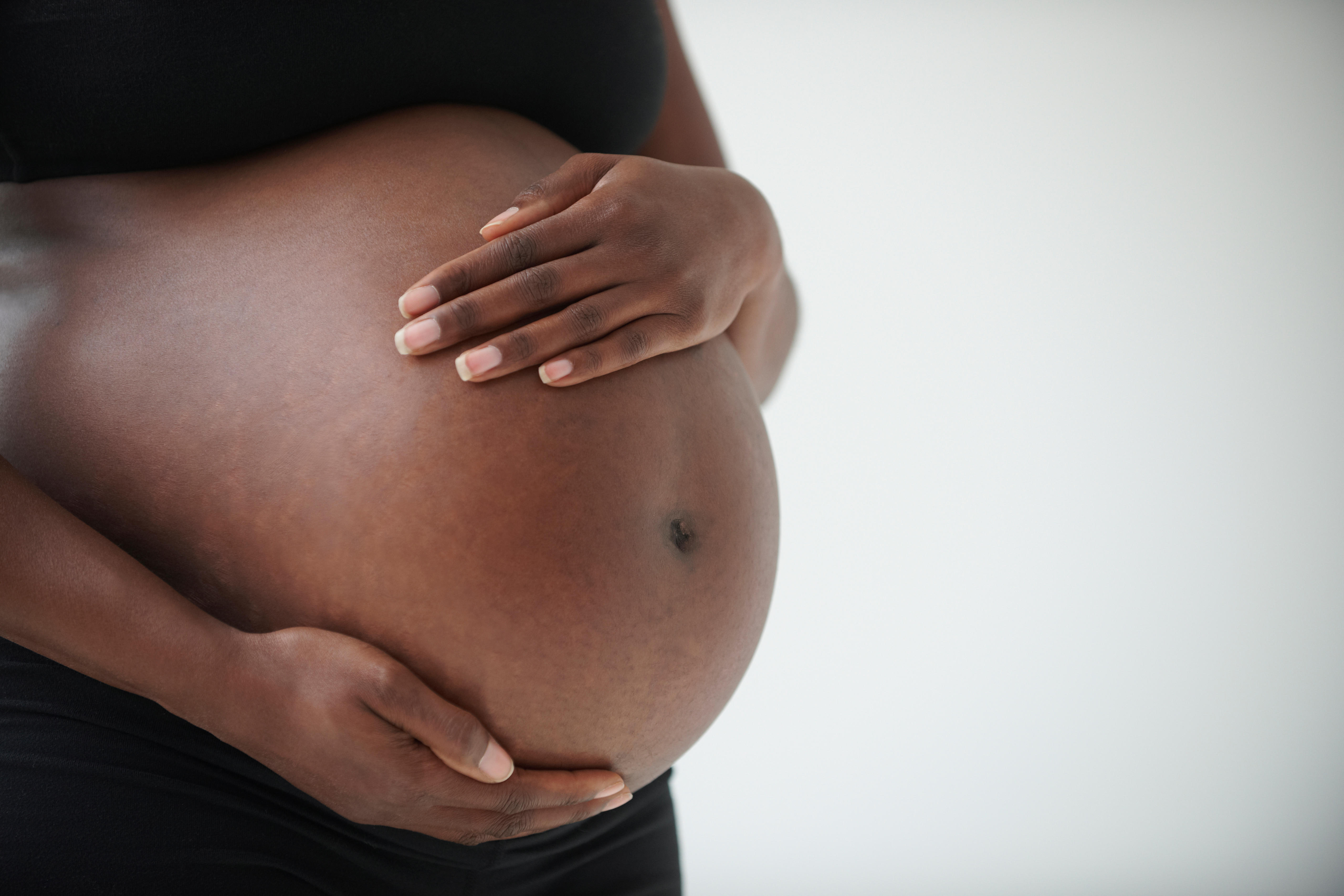 Analysis of 4.6 million pregnancies in seven countries suggests that black ethnicity increases miscarriage risk by more than 40 per cent.

The research, published in the prestigious medical journal The Lancet, says this might be because black women are more likely to have conditions such as diabetes, which increase the risk of miscarriage.

Tommy's National Centre for Miscarriage Research, which led the study, said further investigation is needed to understand the “stark contrast” between black and white women’s experience of micarriage.

Its experts are looking into whether it could be related to other health issues that more commonly affect black women and can complicate pregnancy, like fibroid conditions and autoimmune disorders.

Katie Bonful, 32, from Dartford had two miscarriages in a year before welcoming her son Maximus.

She said: “As a black mother, it’s really devastating that so many of us go through this without knowing why.

“I endured some very difficult years, battling depression and suicidal thoughts, struggling to understand why my babies kept dying.

“After two losses, being pregnant again was terrifying, so it was reassuring to have special care…. But everyone should be able to get that support if they need it, you shouldn’t have to suffer loss before anyone will help you.”

The shocking study has led to calls for a major shake-up in miscarriage care in the UK, particularly for high risk groups.

As well as those with black skin, this includes women who; are over 40 years old, carrying extra weight or are underweight, suffer stress, smoke, drink, work night shifts, or are exposed to air pollution or pesticides.

The report said the impact of miscarriage on mental health has been minimised for “far too long”.

The Lancet analysis revealed new estimates for the prevalence of miscarriage – the loss of a baby in the first 23 weeks of pregnancy – and how it impacts families.

Using data from across the globe, the researchers estimate 15 per cent of all pregnancies end in miscarriage, or almost one in six.

However, the authors say that the actual number of cases will be considerably higher because miscarriages are managed at home and go unreported or even completely undetected.

They estimate that on average one in 10 women have experienced a miscarriage in their lifetime,

Recurrent miscarriage is less common, affecting about one per cent of women in their lifetime.

Tommy’s estimates that in the UK alone, one in five pregnancies end in loss.

But the scale of the problem in the UK is “hidden” because there is currently no formal collection of data – which campaigners are urging to be changed.

The three-paper Lancet report said that the current approach to miscarriage care must be improved.

When it rained I’d see the water turn blood red

Miscarriage is a devastating experience, “but the mental health impact is rarely acknowledged or addressed in medical care," said Prof Arri Coomarasamy, co-lead author of the report, from the University of Birmingham and Director of Tommy's.

“In our study we found that miscarriage was associated with anxiety, depression, and post-traumatic stress disorder – with approximately 20 per cent of women experiencing PTSD nine months after miscarriage.”

The research also found evidence of miscarriage quadrupling the risk of suicide and doubled the risk of both anxiety and depression in both parents.

Prof Coomarasamy said: “As a result, we recommend screening and offering mental health support to every woman who needs it.”

Toni Edwards-Beighton, a 37-year-old from Leicester, was diagnosed with PTSD after a devastating miscarriage.

She said: “For months after the loss, I felt like I was losing my mind, struggling with distressing visions and irrational fears – our daughter’s bedroom windows were always locked but I was obsessed with the idea she’d fall out and would ‘see’ her little body crashing to the patio.

“When it rained I’d see the water turn blood red as it went through the planter where our baby was buried, my period triggered horrific flashbacks every month, and I ended up breaking down in front of my GP, who diagnosed PTSD.

“My next pregnancy was filled with dread and five years on I still have moments of anxiety, stemming from those three awful weeks going through miscarriage without the care I needed; I had no idea what would happen and then I went through it alone, so that combined lack of information and support deeply affected me.”

What celebrities have spoken about their heartbreaking miscarriages?

The Essex diva said her hopes of a baby had been "dashed time and time again".

Gemma detailed her experience in a heartbreaking open letter reported in The Sun to Meghan Markle, who had that week shared her own pregnancy loss experience.

The Duchess of Sussex, 39, revealed she had a miscarriage in July 2020 causing her and Prince Harry "unbearable grief". She wrote of the moment she knew she was "losing" her second baby in a deeply personal essay for the New York Times.

Giovanna Fletcher has also opened up about her heartbreaking miscarriage and the aftermath of the tragedy.

Danniella Westbrook is another famous face to speak out about how losing her baby affected her life.

And Jamie Oliver's wife Jools confessed that a devastating miscarriage has prevented her enjoying pregnancy.

Popular blogger Anna Saccone also outed the cruel trolls who body shamed her after her miscarriage forced her to quit YouTube.

Tommy’s say there is a “postcode lottery” in services available to women who have lost their child, and treatment should be standard across the UK.

Setting out a list of recommendations, the charity also says docs should go above and beyond to understand why each woman has suffered a miscarriage, and mental health support should be offered after every loss.

The “rule of three” on the NHS means that a woman is only able to access specialist services after losing three babies by miscarriage.

Co-lead author of the report, Professor Siobhan Quenby from the University of Warwick and the Deputy Director of Tommy's said: "Many women have concerns over the unsympathetic care they receive following a miscarriage – with some not being offered any explanation, and the only advice they receive being to try again.

“This is not good enough, and we must ensure women are properly supported.

"Although miscarriage is a one-time occurrence for most women, a significant portion of the population will require treatment and support.

“Yet silence around miscarriage remains not only for women who experience miscarriage but also among health care providers, policymakers, and research funders.”

Tommy’s CEO Jane Brewin said: “It shouldn’t matter who you are or where you live, and you shouldn’t have to endure repeated heart-breaking losses before you get the right help.”