IT’S an image that has come to define 2020: a black man carrying an injured, white 'far-right' protester over his shoulder to safety.

Taken during violent clashes at a Black Lives Matter demonstration in London earlier this year, the picture immediately went viral – with Patrick Hutchinson being hailed a national hero for saving the man’s life. 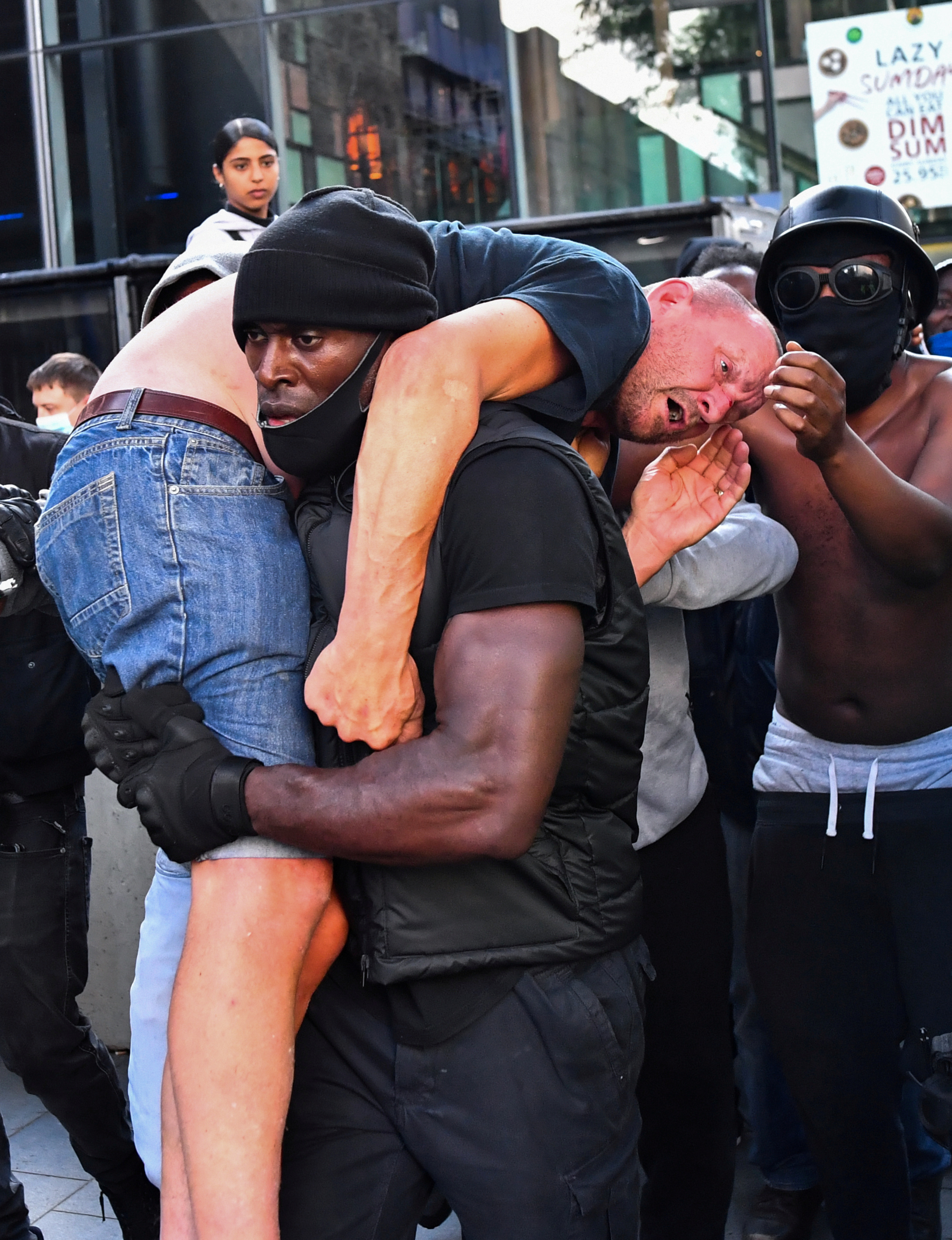 Patrick, 50, a personal trainer and athletics coach from Wimbledon, South London, came to the man’s aid after members of the Black Lives Matter movement clashed with counter protesters outside Waterloo station in June.

Patrick, a father-of-four and grandfather, had travelled to the protest with four friends that day to help keep the peace.

They have since set up a new collective called United to Change and Inspire (UTCAI) to fight racial inequality and now Patrick has also written a book – Everyone Versus Racism: A Letter to My Children –  sharing his own experiences with discrimination and realities of life as a black man in Britain today.

It also offers advice to the next generation – including his children Dominic, 30, Tyler, 25, Sidéna, 11, Kendal, eight, and grandchildren Kyrie, 11, Tiger-lily, nine, Asia, four, and two-year-old Theo. 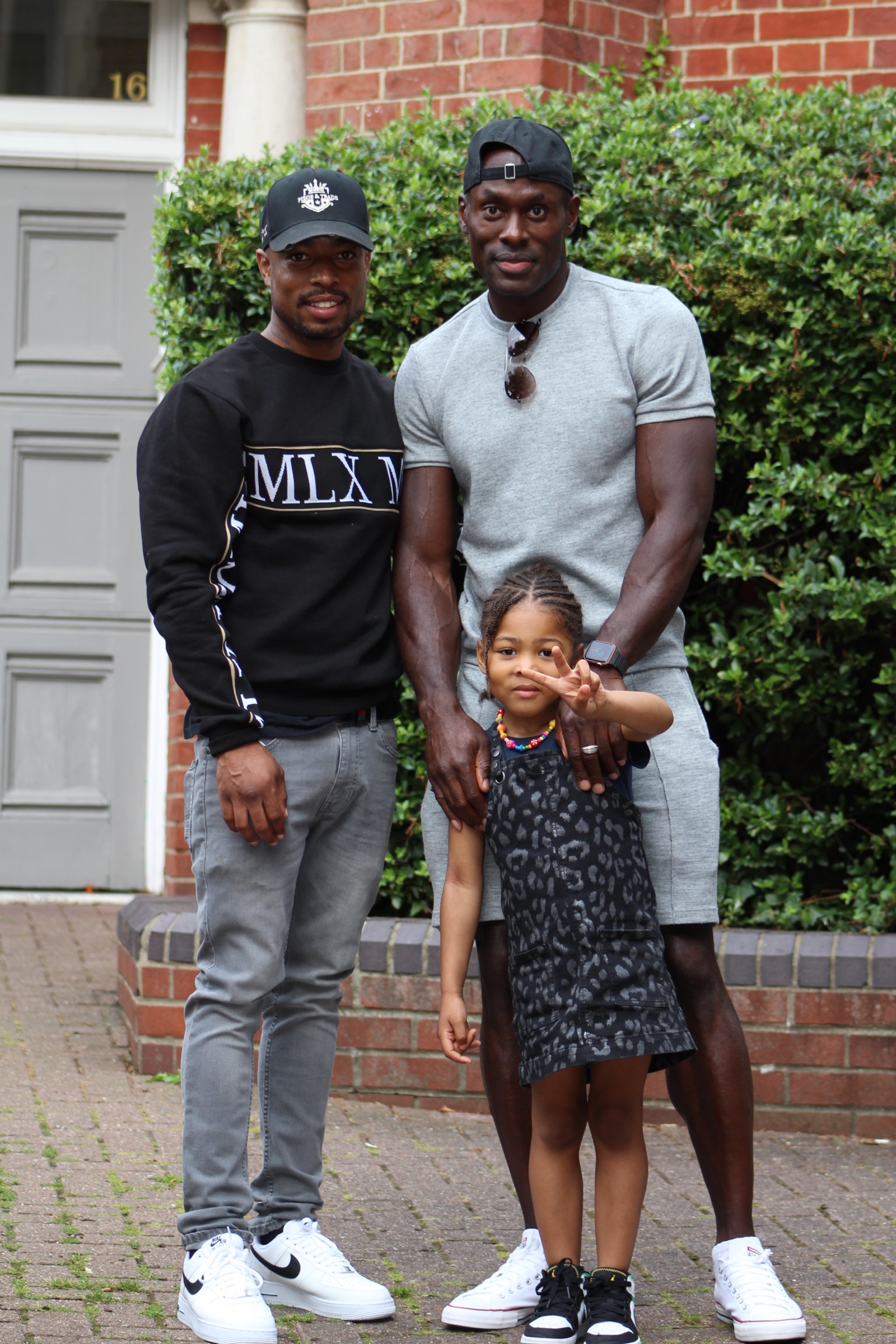 Here, Patrick writes an open letter on how we must all unite together against racism to help inspire change for future generations…

'It's our duty to call out racism'

AS I write this letter, here in 2020, there are still people in positions of power using the sorts of words used to insult my own grandparents.

For someone who is in such a high position in an organisation like the FA, he should have known better.

If someone like him can make references to black people being coloured, a reference from yesteryear that I've not heard in a long time, then what hope do we have?

He was the head of an organisation and this sort of language, attitude and beliefs no doubt filters down.

Language like this needs to be called out in all walks of society, not just in football. Small things like this matter if we’re to make a big difference.

However, we don't want everyone to be scared of saying the wrong thing. What we must not do is make white people afraid of discussion when it comes to race. We want the discussion on the table.

People do make mistakes and depending on the gravity of them, they can be forgiven.

But he has form for this and there was a catalogue of unacceptable things he said. He was right to go. This is the perfect opportunity for the FA to bring in someone with a greater understanding of what we are striving for and to be an ally of change.

My thoughts on this issue – and others like it – have been sought in recent months because since that day, on June 13, I have been dubbed an anti-racism poster boy – or, perhaps, poster grandad.

But my only plan that Saturday afternoon was babysitting. 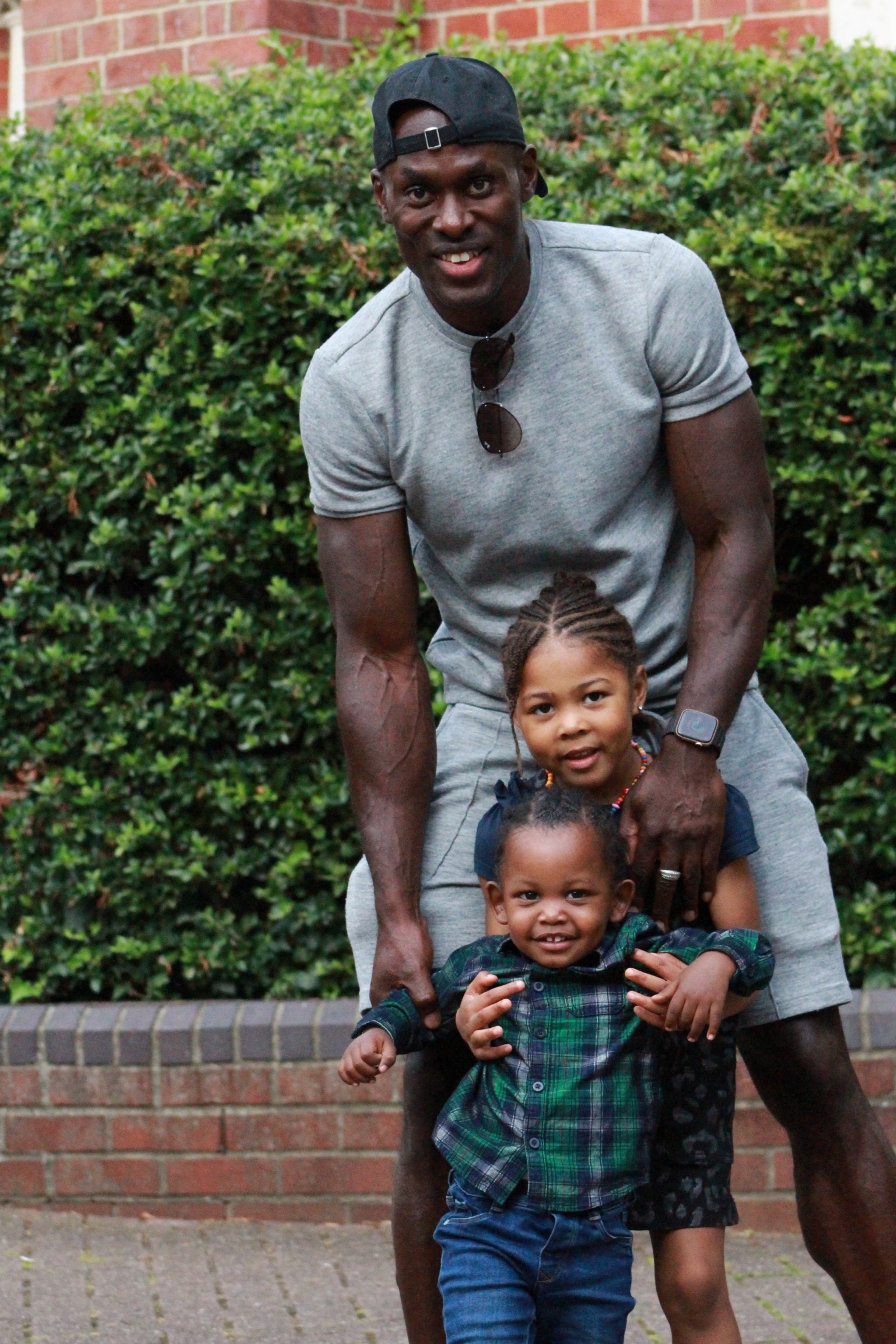 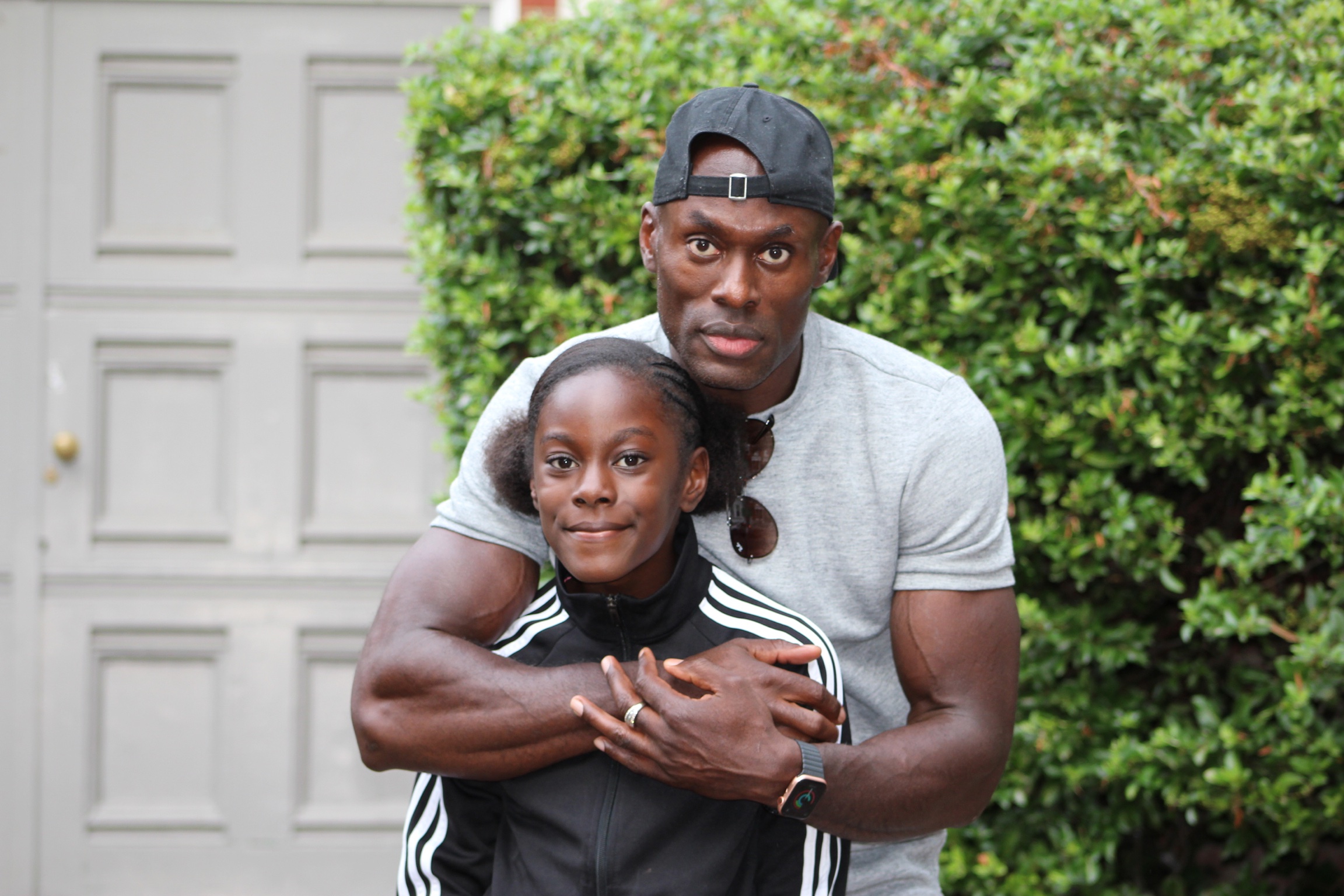 'I wasn't going to stand by and let him die'

As I kept one eye on the news hoping that the protest didn’t go horribly wrong, Sidéna and Kendal happily played with Asia, while I cradled Theo in my arms.

When a friend called that morning insisting I attend the Black Lives Matter demonstration after Tommy Robinson called on EDL members to terrorise what was meant to be a peaceful protest, I initially refused.

I know what it is like to grow up without a father in my life. My first priority has always been to look after my children and grandchildren.

They were the reason I wanted to stay at home. Yet, looking down at Theo in my arms, they ended up being the reason I HAD to go.

So after making arrangements to ensure they were safely looked after, I set out to join my friends.

Later we came across the drunken white man lying bloodied on the stairs between Embankment and Waterloo station. His friends had deserted him to face the consequences of their racist chants alone.

Another black man was trying to protect his head but it quickly became too much for him to handle and we stepped in to break up the melee.

No one told me to lift the man up. It didn’t even cross my mind who he was. My first instinct was to get him out of harm’s way.

First and foremost, you should always do what’s right. If you are not helping to alleviate a problem, then you are complicit.

I wasn’t going to stand by and watch him die – and have that on my conscience.

My actions were also driven by ensuring the reason for the BLM protests were not lost in that one moment of violence.

I do believe we all have a calling and now I know I was supposed to be there on that day.

People have told me they view me as a beacon of hope and the photo as a symbol of unity at a time when the world was divided.

What I hope is that my actions inspire more open conversations about race in order to promote change.

And these conversations are happening a little closer to home than I expected.

As myself and my family found ourselves thrust into the worldwide media spotlight, Sidéna pulled me aside and said, ‘Daddy, I think I have experienced racism’.

There had been a few occasions where she has mentioned things that have happened at her gymnastics class. I don’t want to think everything is because of race, so it didn’t dawn on me.

And it was only after the fallout of my actions, that she knew how to properly put it into words.

“I think it’s because I’m black,” she added. I told her there was a strong chance it could be.

I couldn’t tell her that she hadn’t experienced racism but it was an opportunity to talk to her about this and explain unconscious bias, in that people aren’t always aware of the consequences of their comments or actions. 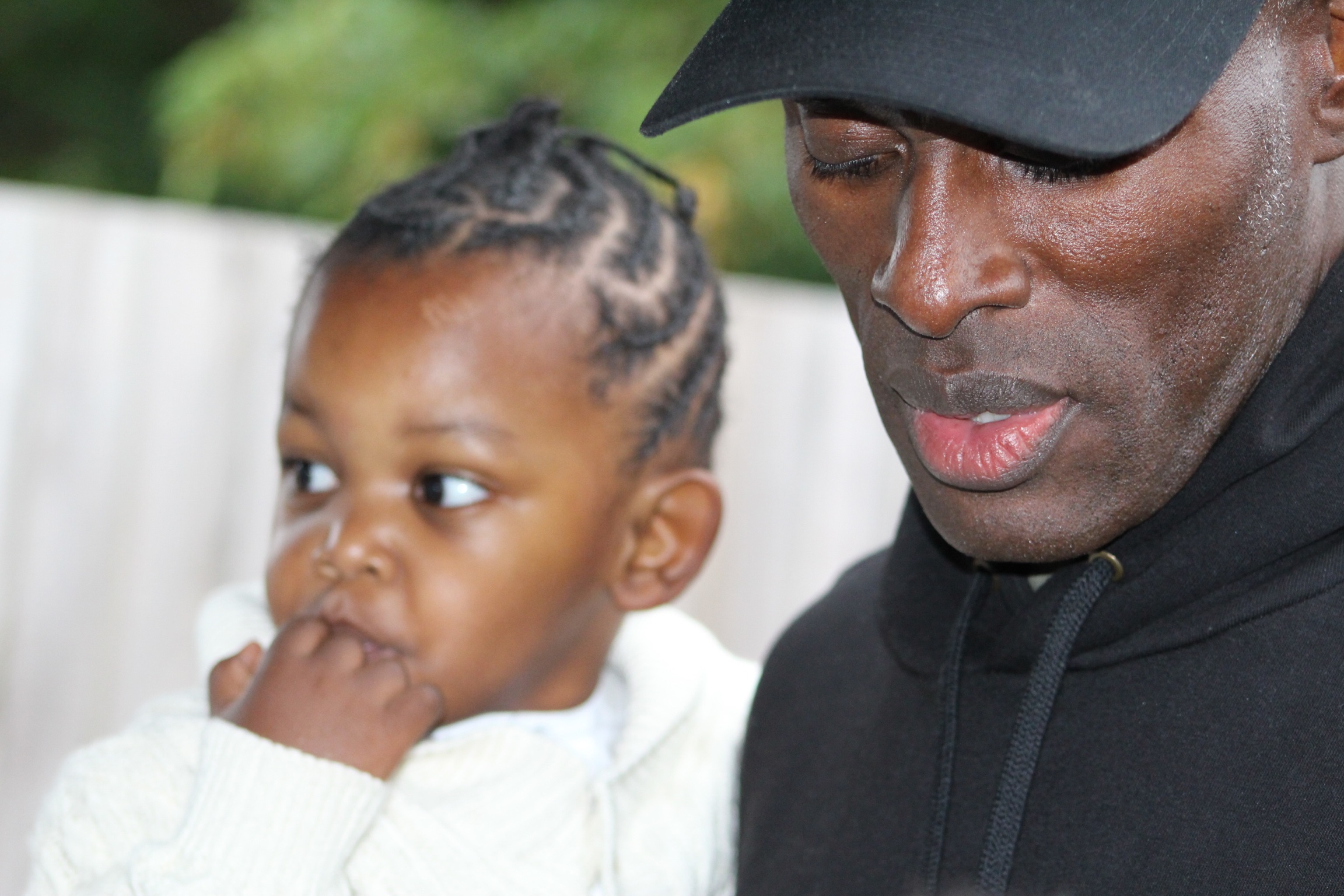 My conversation with her reminded me of a similar one I had with her grandmother – my mum Maxine, 72 – recently about how it was her fear of racism that made her apprehensive of letting me and my sister Pauline, now 47, play at white friends' houses.

When I was younger, I didn’t quite get it. At the time, I just thought she was being a killjoy, forcing us to stay indoors to do our homework and read books.

It’s only now that I’m older and after speaking to her, I understand there was more behind it. And with good reason.

'I was stopped and search 30 times in one week'

Aged around nine, I remember standing open-mouthed as my white friend’s mum hurled abuse at a black woman on the estate where I lived, while my friend said nothing.

It certainly wouldn’t be the last time I experienced racism. As a young man, I was stopped and searched around thirty times in one week. Not for any kind of bad behaviour, but for having a new car, a Renault 5 GT Turbo.

The first few times I let it go. I was always polite and respectful but when I dared the next time to question why I was being stopped, the officer told me, ‘I’ll show you what stop and search really means.’

Unfortunately, I learnt quite quickly what he meant. The police officer flagged up my registration plate number on his radio, and I was stopped another six times that day. And throughout the following week or so, whenever an officer saw my car, I was stopped.

And when I got my first job in IT in the City, I soon realised before letting myself enjoy any job, I have to put the office through my own probation stage to determine how much of my blackness will be accepted there and the depth of stereotype a person may have of me as a black man.

A friend of mine – a teacher – recently told me about the racial slurs used by others in a work WhatsApp group. It horrified me.

Teachers – along with doctors – are some of the few people in our society who you'd expect not to subscribe to racism. You expect them to treat you fairly. Sadly, this is not always the case.

When I was at school myself, I didn’t learn about anyone who looked like me. I was taught white people created everything. That’s not true. It’s just that our contribution isn’t celebrated.

And if the Government is not willing to educate our youngsters about black history, then we will have to do it ourselves. Our children need to understand where they came from and that our rich history did not start with slavery.

'Dark history of my name has always troubled me'

For those who think slavery is a thing in the distant past, my Scottish surname proves them wrong. It didn’t come from Africa or the Caribbean – but from a slave master.

Our last name has always troubled me. But following my new found fame I am proud of it for the very first time – and I hope my family is too.

Part of me hopes that when they read this in the years to come, they think, ‘What is dad, grandad, or even great-grandad going on about? It’s not like that now.’

I hope they are living in such different times that they cannot even relate to it. That is my ultimate dream.

And that my small role has played some sort of part in bringing about that change.

I hope they come to learn nobody is ever equal unless everybody is.

Nobody is ever safe unless everybody is. In a time where people would rather put their heads down, and phone cameras up…I hope they pull their voices from their toes up and speak out against what is wrong.

If enough people come together, the perpetrator becomes the minority, and the power they once held lessens. 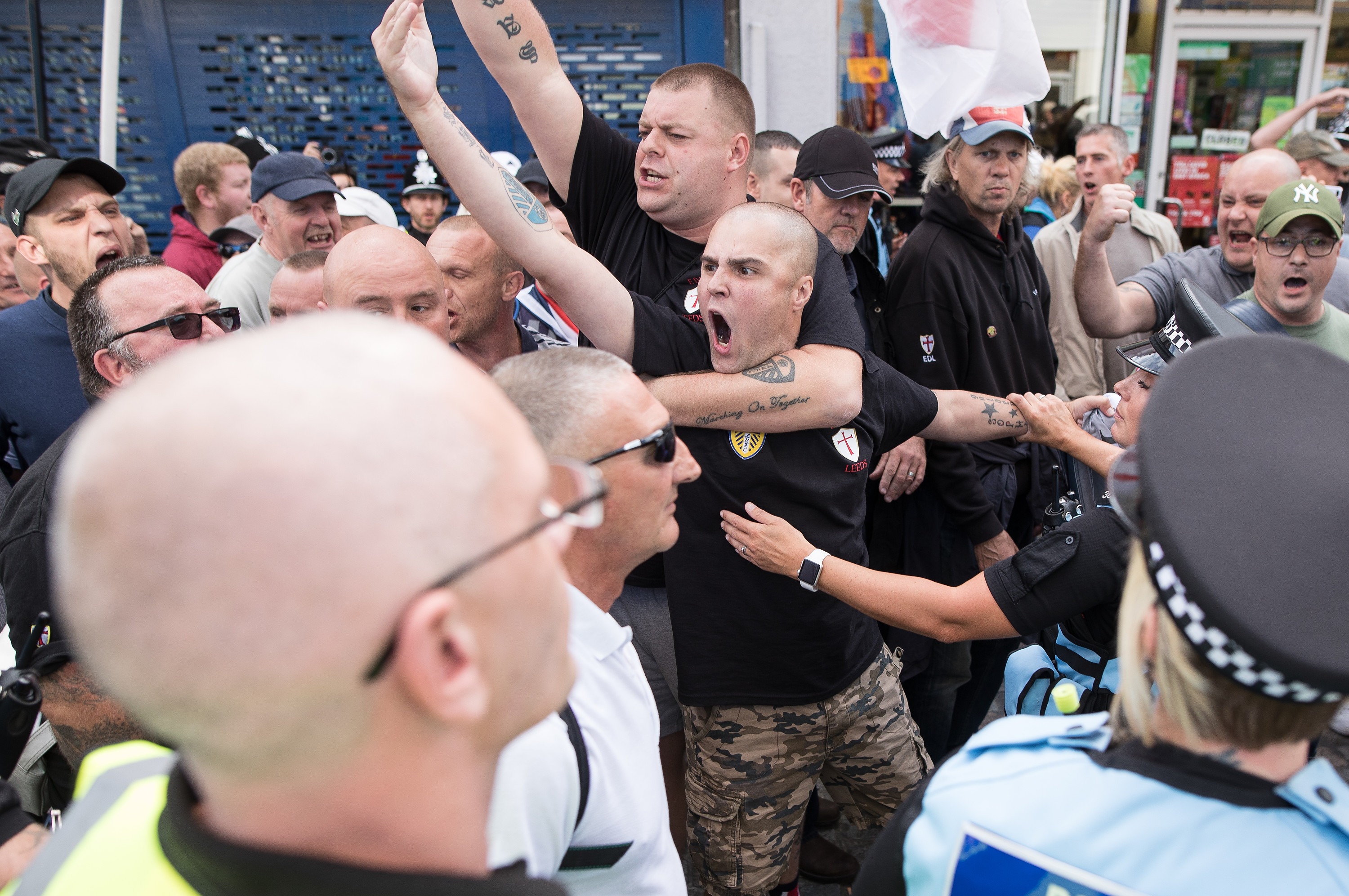 I truly believe that equality is attainable if we all work together. We are one race: the human race.

We must call out racism in all walks of life and remain silent no more. Black people cannot continue to live a lesser life for no other reason than the colour of their skin.

Equality should exist at the core of humanity, and absolutely everybody should take part in balancing our world.

It should not be black against white. It needs to be everyone versus racism.

Everyone Versus Racism: A Letter to My Children by Patrick Hutchinson (HarperNonFiction, £12.99) is out now