VIEWERS were left in stitches today when both Sky and BBC News had one of their interviews on sobering news stories gatecrashed by toddlers.

Dr Clare Wenham, from South London, was on BBC News today to discuss the ongoing Covid-19 crisis when her little daughter Scarlett appeared and began rearranging a unicorn picture behind her — and even struck up a conversation with the newsreader. 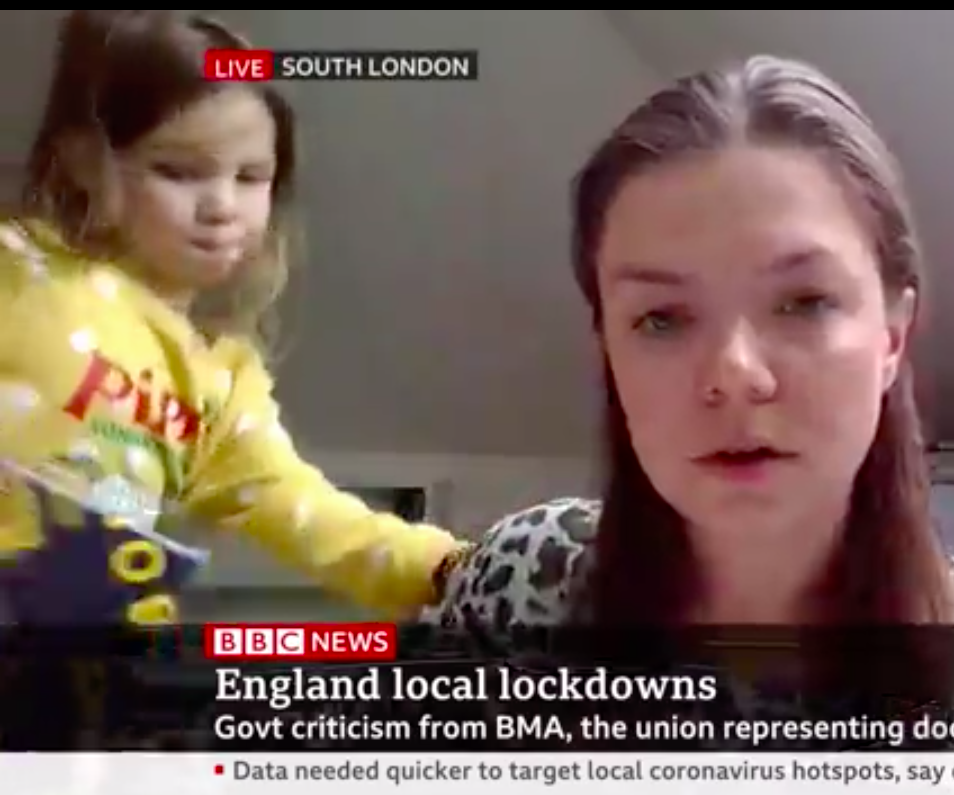 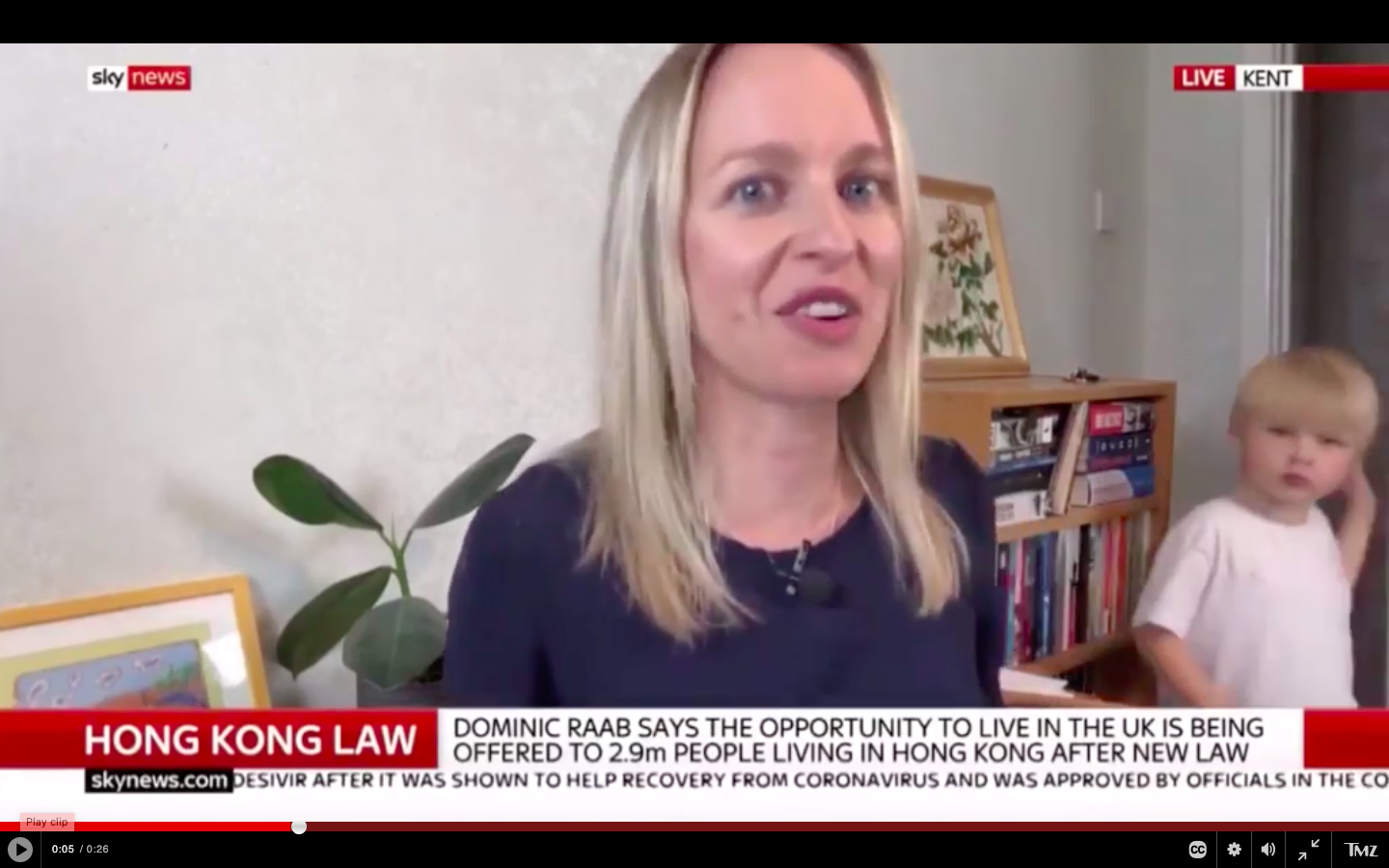 Later on journalist Deborah Haynes, from Kent, was interrupted on Sky News by her son who popped in with a very important question in the toddler world — how many biscuits was he allowed to eat.

But the channel's viewers were charmed and sympathetic, with Deborah's son praised for his skillful biscuit negotiation.

But Scarlett remained in the room and began rearranging a shelf behind her, curating the display of her unicorn painting,

In need of a second opinion, the toddler asked: “Mummy, where do you want this picture.

“Mummy, where do you want it?”

As the red-faced mum attempted to soldier on, BBC News’ Christian Fraser intervened and said: “Scarlett, I think it looks better on the lower shelf. It's a lovely unicorn.” 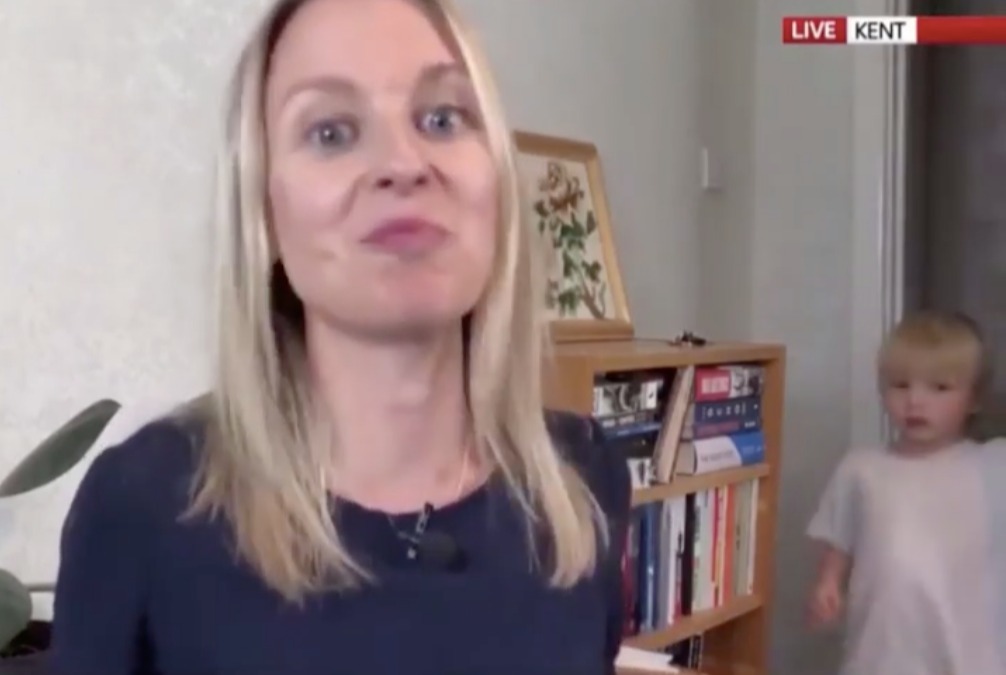 The little one then asked her mother: “Mummy, what's his name?”

The newsreader said: “My name is Christian.”

Scarlett replied: “Christian, I'm just deciding where it can go and where mummy wants it to go.”

Dr Wenham said: “I think just on that shelf is great, thank you. I'm so sorry.”

Yet the newsreader remained in good spirits about the interview, joking it was 'the most informative interview I've done all day.”

Viewers were left in hysterics.

One wrote: "I love kids. They don't care if mum has an important BBC interview." 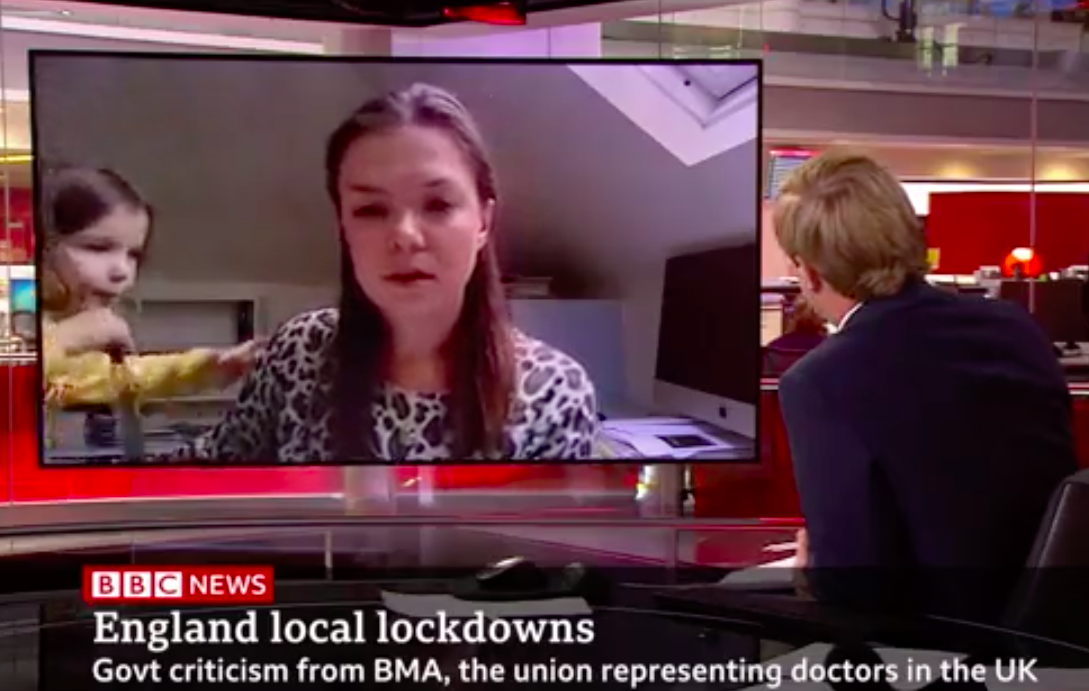 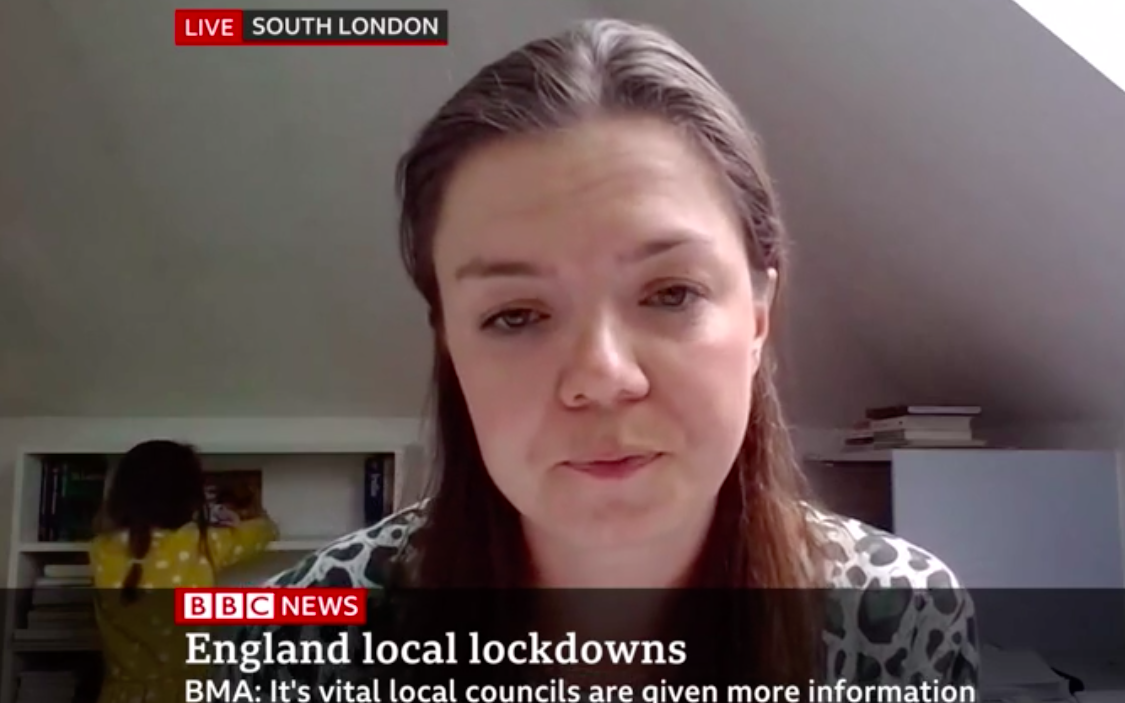