A cut to Army numbers has not been ruled out in a shake-up of military operations.

Defence sources said ‘tough decisions have to be made’ despite the £16.5billion defence splurge. Options include slashing Army troop numbers below the current 74,000 or ending a recruitment drive intended to boost the figure to 82,000.

Details will be revealed in the new year. A defence source said: ‘There still needs to be rebalancing, we are not in some sort of defence utopia. The Armed Forces will not look the same at the end.’ 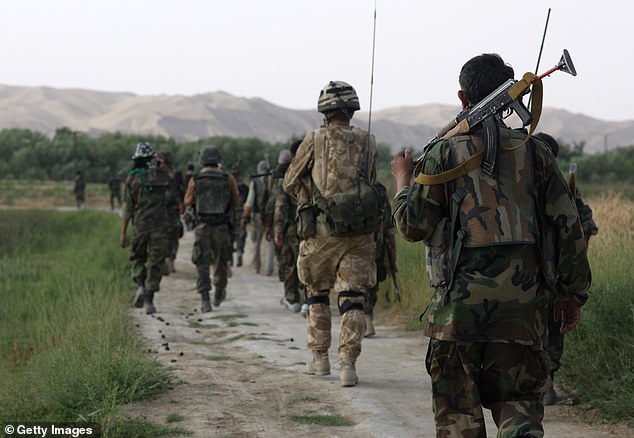 Some of the options include slashing Army troop numbers below the current 74,000 or ending a recruitment drive

Defence Secretary Ben Wallace is said to have been observing the recent Armenia-Azerbaijan conflict, where drones have been used on tanks to devastating effect.

High-tech weaponry is likely to be favoured over heavy armour in future. The source added: ‘Why invest in loads of tanks when you can have drones that can wipe out tanks?’

Despite the defence cash boost, the MoD must still fill a £13billion black hole in its equipment budget.

The MoD has denied reports that Scotland’s historic Black Watch regiment would be scrapped.

A Whitehall source said there would also need to be some major efficiency savings where projects would not be scrapped but could be done much cheaper.

They added: ‘It is about being tough and not allowing them to buy the sexiest thing on the self.’

Mr Wallace himself warned yesterday (THU) that the armed forces have out-of-date equipment.

He told BBC Breakfast: ‘When I looked across at the armed forces today I saw them with equipment that was out-of-date.

‘I saw our adversaries across the world having better equipment, the ability to attack us and harm us getting wider and wider from our capabilities.

‘And when that happens, time runs out, and you need to modernise your forces. You need to sometimes let go of some older capabilities and that takes money in order to first of all create the headroom to invest.’

He confirmed that he would ‘let go of certain defence capabilities’ as part of the new investment, as he stressed that the UK needed to ‘move with the threat’.