A man and woman have been shot into a rural home in an Essex village as armed police rushed to the scene.

Paramedics and police officers attended the property in Little Baddow, by Chelmsford, at around 8.40am today.

Police were called after they were alerted to concerns that a woman had been injured.

But when they arrived at the home, near the Little Baddow Fruit Farm caravan park, they found that both a woman and a man had been shot with a gun. 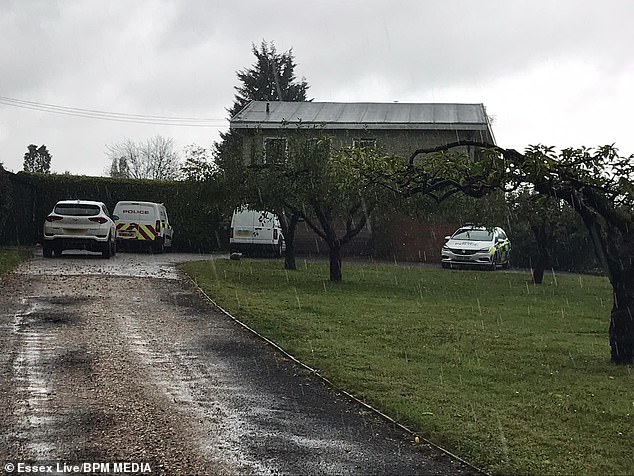 A man and woman have been shot into a rural home in an Essex village as armed police rushed to the scene. Pictured: The scene this morning

They were both taken to hospital but their current condition is unknown.

Police said they do not believe anyone else was involved in the shootings.

A police helicopter was also reported circling in the sky above the property.

A police spokesman said: ‘We were contacted at 8.40am this morning with reports a woman had been injured at a property in Church Road, Little Baddow.

‘When officers arrived they found a man and a woman with gunshot wounds. Both people are being taken to hospital. No other parties are believed to be involved.’

‘Two patients were treated for gunshot wounds and transported by air ambulance to Addenbrooke’s Hospital.’