London: The Church of England's spiritual leader said on Wednesday it was disgraceful that the institution had for decades failed to protect children from sexual predators within its ranks and shown a lack of care for victims.

From the 1940s to 2018, 390 clergy and people in positions of trust with the church were convicted of sexual offences against children, an inquiry in the UK found this week. 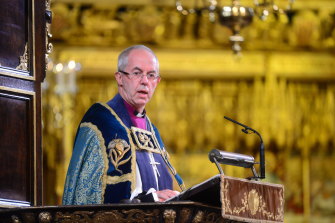 "It's shameful and disgraceful and reveals exactly what they said – a culture in which there was cover-up and hiding," Archbishop of Canterbury Justin Welby told the BBC in his first public reaction since the report was published.

The Independent Inquiry into Child Sexual Abuse found that the church in England and Wales allowed abusers to hide in order to defend its reputation.

"It didn't come as a surprise," Welby said, adding that the church had begun "a journey of change" that had fallen short.

"We have not gone quick enough or far enough yet," he said.

A victims' group said the church had a long way to go as it still dealt with too many allegations in-house and should also recognise life-long needs of those abused.

"It will take more than platitudes to rebuild trust in the church," said the Minister And Clergy Sexual Abuse Survivors group.

"Apologies and expressions of shame and sorrow are welcomed but what is needed is practical and well resourced action."

The Catholic Church has been similarly excoriated for belated action over decades of scandals around the world, though it has paid billions in damages and Pope Francis has urged an "all-out battle" against clerical child abuse.

Welby, who became archbishop in 2013, said he had known abuse was happening because of the case of a former bishop of Gloucester, who in 2015 pleaded guilty to indecent assault.

One of Ball's victims took his own life years later.

"I was shocked by the level, when I came into this job, by the extent to which it was happening," said Welby. "We have been poor at dealing with redress and dealing with the victims and the survivors. The whole lack of care in this is shocking."

Welby said the Church had now overhauled internal systems to deal faster and better with allegations and to help victims.