April, the giraffe that became a sensation when a rural New York zoo livestreamed her 2017 pregnancy and delivery, was euthanized Friday because of advancing arthritis, the zoo said.

‘She is a precious member of our family, and while we knew this day would eventually come, our hearts are hurting,’ Animal Adventure Park owner Jordan Patch said in a statement.

The 20-year-old giraffe started showing signs of mobility problems last summer, and veterinary imaging showed she had arthritis in her feet and problems in her left hind leg, the zoo’s veterinarians said in a statement. 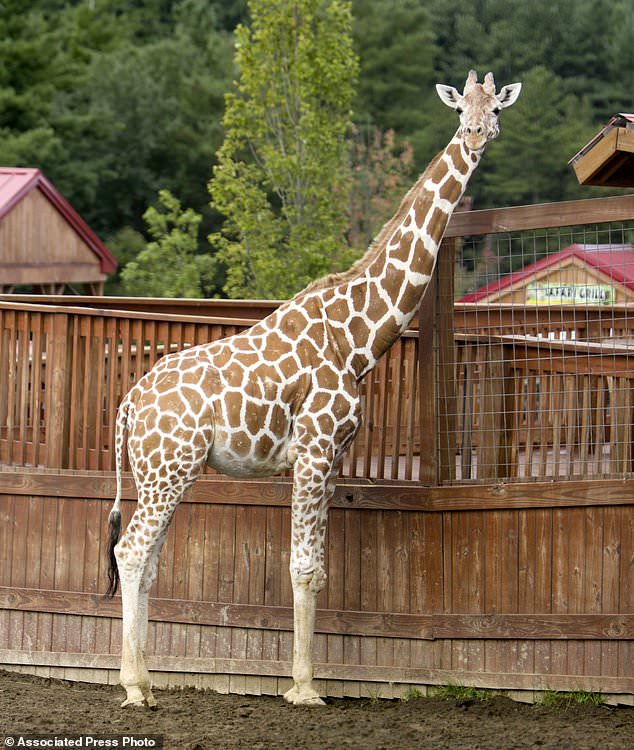 April the giraffe, who lived at Animal Adventure Park in Harpursville, New York, has died 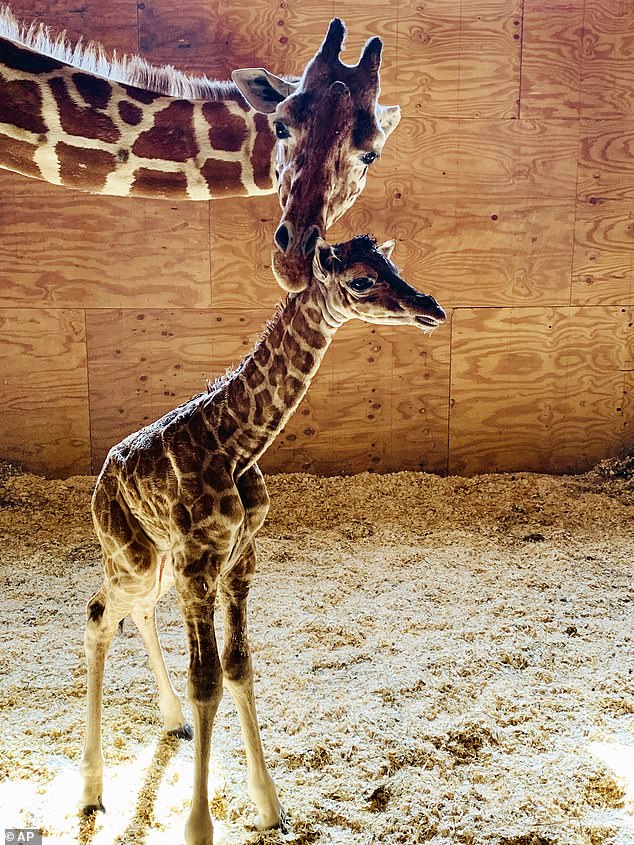 Park officials said 20-year-old April was euthanized ‘due to her worsening arthritis.’

They noted that animals as large as giraffes can deteriorate quickly from arthritis.

They said they deployed joint supplements, pain medications, anti-inflammatories, padded flooring, diet changes and trimming April’s hoofs to try to slow the disease’s progression, but her mobility kept declining, and she started spending a lot more time lying down.

Imaging in March showed ‘significant and progressing degeneration’ of joints in her lower leg, the vets said.

‘The severity of her condition has been outpacing our ability to control April’s comfort,’ they said.

Statistics on giraffe life expectancy vary. A Knoxville, Tennessee, zoo giraffe that was said to be the nation’s oldest was euthanized at 31 in 2019.

April attracted a huge online audience as she carried her fourth calf in 2017 at the privately owned zoo in Harpursville, a village about 130 miles northwest of New York City.

The giraffe cam became the second most-watched livestream in YouTube history, at least at the time, with more than 232 million views and 7.6 billion minutes of live watch time over several months.

At least 1.2 million people watched as the male calf, eventually named Tajiri, was born – appropriately enough – in the month of April. 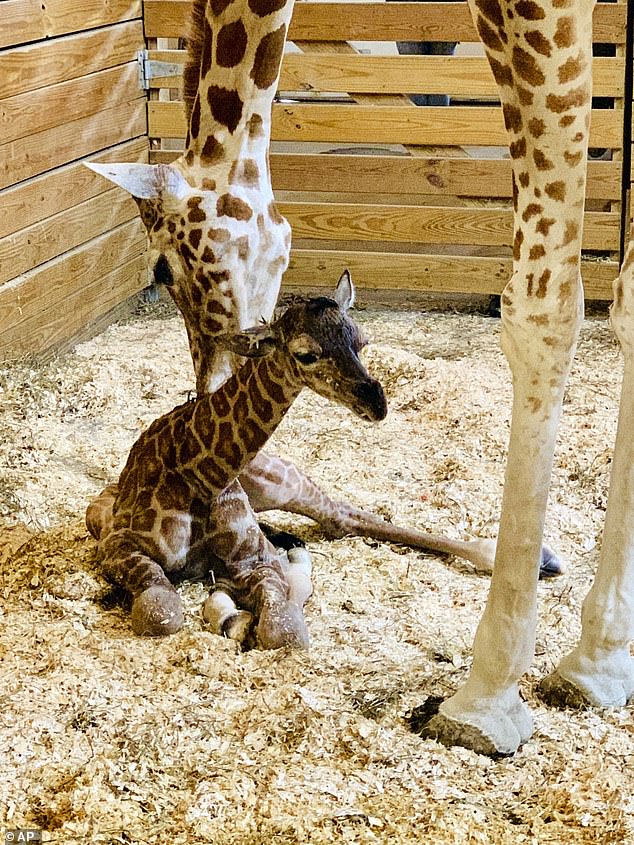 April’s giraffe cam was the second most live-viewed channel in YouTube’s history at the time, with more than 232 million live views from February to May 2017

An online fundraising campaign pulled in more than $150,000 for the care of April, her mate and the calf.

Other ventures – including a Toys `R´ Us sponsorship of the YouTube stream, monetized text messages and a clothing line – also brought money to the zoo.

The owners said it would be used for zoo upkeep, wildlife conservation in Africa and local children with unexpected medical expenses.

‘April’s impact on animal conservation and appreciation is both immeasurable and lasting,’ Patch said Friday.

April had another calf, Azizi, in March 2019, with more than 300,000 people watching live on YouTube. He died at a Texas zoo last October.

Animal Adventure Park said she was put on contraceptives to retire from the breeding program following his birth. 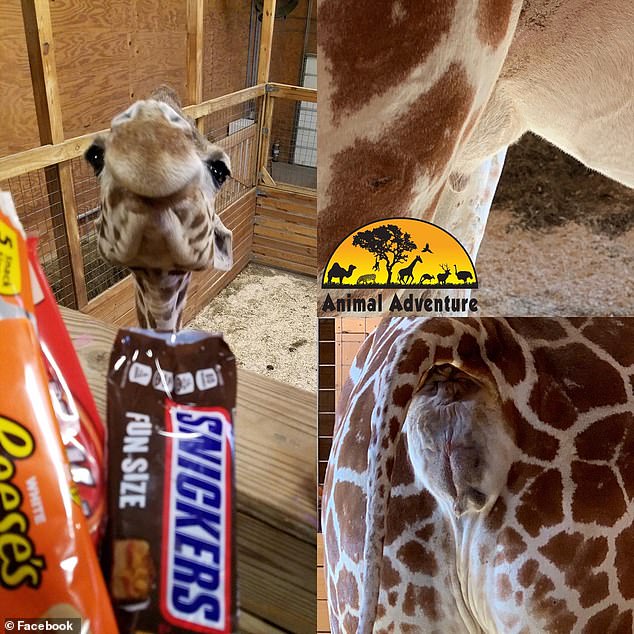 Various cameras would show April in the leadup to her giving birth. She liked chocolate bars too 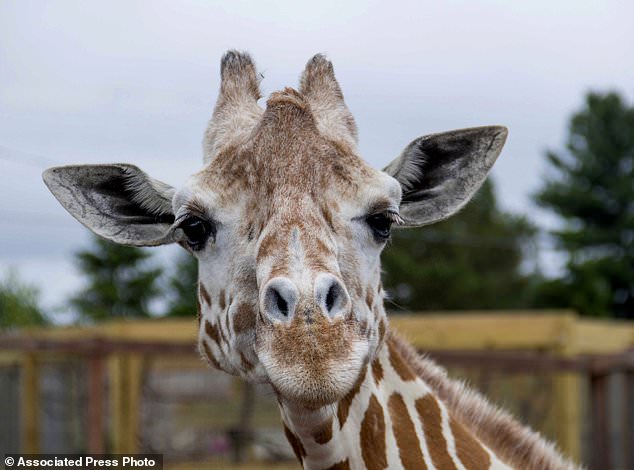 April attracted a huge online audience as she carried her fourth calf in 2017 at the privately owned zoo in Harpursville, a village about 130 miles northwest of New York City