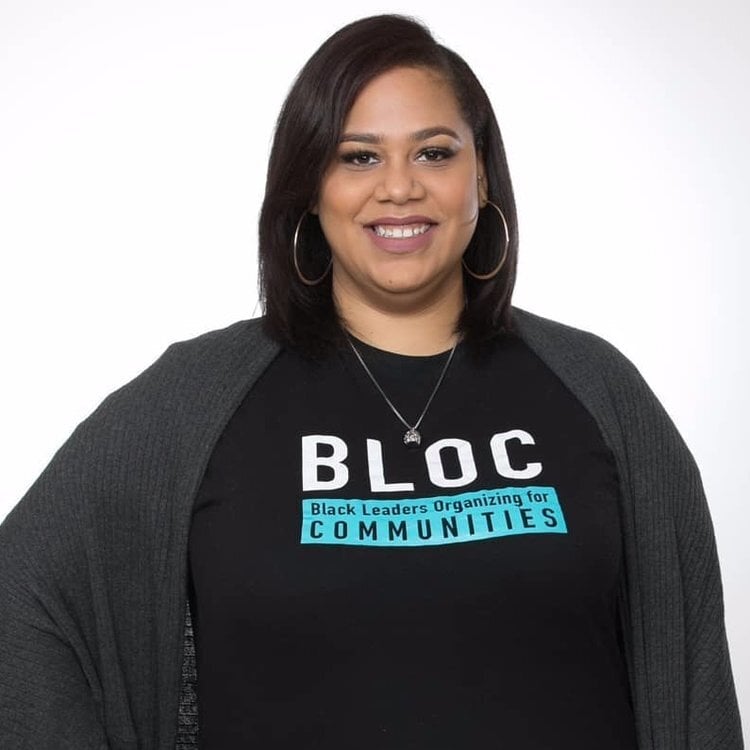 After the 2016 election, 30-year-old Angela Lang was determined to help the Black community in Milwaukee, WI, become more politically engaged in both local and national politics. To bring more attention to the challenges her community faced — particularly voter suppression — she founded Black Leaders Organizing For Communities (BLOC), an organization that works to lift up the Black citizens, leaders, and businesses in the area. Although nearly 79 percent of Milwaukee residents voted for the Biden-Harris ticket in 2020, Lang is already rolling up her sleeves to put in even more work.

“A lot of it really was born out of the 2016 election,” Lang told POPSUGAR. “We saw that turnout was down all across the state in Wisconsin, and so on one hand, many of us were pretty disappointed with the results. But then we noticed that our community was also being blamed for the outcome of the election, when we were some of the most disenfranchised and least engaged [citizens]. I felt like it was really unfair to [blame the Black community specifically] when turnout was down all across the state.”