Alexandra Shulman’s Notebook: Boris proves that being bouncy is bad for you!

The shattering news that Boris had been admitted to intensive care will be remembered as one of the defining moments of the coronavirus outbreak.

Until then, for those of us lucky enough not to have severely ill friends and family, there was still an element of this being a phoney war, something we were waiting to happen.

Our Prime Minister’s admittance to an ICU shifted that dial.

Nothing could have demonstrated more effectively how there was no barrier to anyone getting sick. If someone as driven and energetic and physical as Boris Johnson could be laid so low, what hope was there for the rest of us? 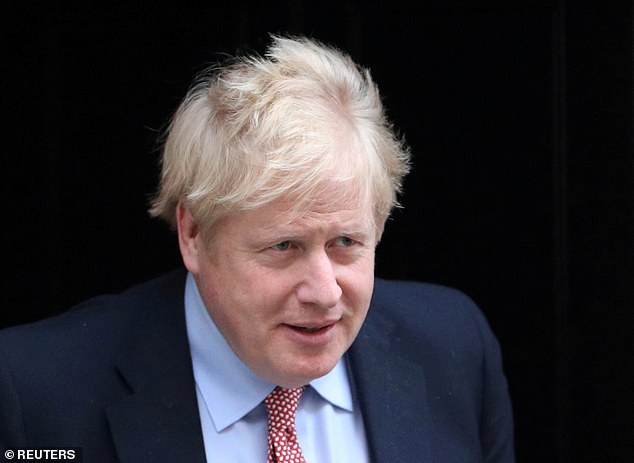 The shattering news that Boris had been admitted to intensive care will be remembered as one of the defining moments of the coronavirus outbreak, writes ALEXANDRA SHULMAN

If a man receiving the very best medical advice, in hugely comfortable circumstances and seemingly robust health could be toppled, how could any of us hope not to be struck?

It demonstrated that, to some degree, we were all at the mercy of fate.

I’m sure I wasn’t the only one who woke in the middle of that night feeling like the world was spinning off its axis.

Now Boris appears to be on the mend, and hopefully will eventually be restored to his usual bouncing persona. But his having been knocked so hard adds to the evidence that this is a good time to be a wimp.

Just before Boris became seriously ill, I had been wondering why so many of the most alpha-males I knew had been sick – and not just slightly sick, but pretty badly laid up.

Many of them were bed-bound with a fever for weeks. Another was in intensive care.

By contrast, their wives who also contracted the virus have almost all emerged far quicker, having undergone less of an ordeal.

Then it was revealed that there’s a link between the severity of the symptoms and testosterone.

I’ve no idea whether successful, commanding blokes actually do possess more testosterone than others but they certainly demonstrate the qualities associated with that hormone: competitiveness, dominance, aggression, impatience.

They also share an inability to admit to any kind of vulnerability or weakness, which is why so many of them spent the early days of their illness denying that they were sickly. Or refused, like Boris, to give up work and rest.

One man who definitely fits that Tiggerish mould is conservationist Hylton Murray-Philipson – curiously, like Boris, an Old Etonian.

Millions saw video footage of him being clapped out of Leicester Royal Infirmary by a medical guard of honour after a 12-day stay including a spell in intensive care.

Murray-Philipson moved viewers with his obvious gratitude and excitement at still being alive and by describing NHS workers as the Spitfire pilots of our time.

I don’t think there are many who would disagree with him.

Our lonely people need rainbows too

Walking round the block, it’s lovely to see all the rainbows in the windows indicating there are children in the house who are creating these icons of hope.

Wouldn’t it be terrific if there were another symbol to signify people who were living alone? 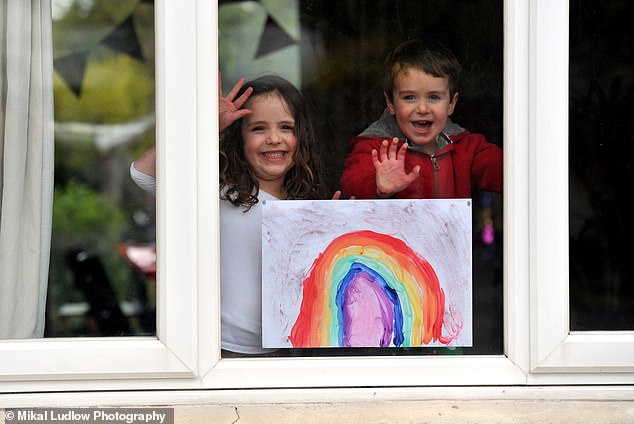 Walking round the block, it’s lovely to see all the rainbows in the windows indicating there are children in the house who are creating these icons of hope

It could be cheering to know that there were others nearby who were in similar circumstances, and it would also tell the rest of us who might need help with provisions, or appreciate a wave or chat through the windows.

But what would an appropriate symbol be?

How I’m washing all my cares away…

As our lives turn inwards, we are all discovering things about ourselves that in more outgoing times were less obvious.

I’ve never regarded myself as particularly obsessive about how clean my clothes are, but now I wonder if I’m extreme.

Certainly that’s how I was left feeling when I told a friend the other day about how much time I seem to be spending doing the household washing.

She couldn’t understand why I was spending so much time washing clothes.

In her home they were just wearing the same few items and didn’t need to wash them that much.

After all, they weren’t going out or seeing anyone. Neither are we, but my reaction to being shut in is different.

More than ever I want our clothes and household linen to be not only spotlessly clean, but immaculately ironed.

This new-found obsession means I’m never not flinging towels into a 60-degree cycle (something for ecological reasons I don’t normally agree with) and I’ve never spent so much time changing sheets.

On which note, I don’t understand how the best-selling Mrs Hinch can make a fortune advising us that the best way to change a duvet cover is to stuff the wretched duvet into the corners and shake it down.

Surely, this is stating the mind-numbingly obvious.

As for washing ourselves – well admittedly I am someone who in normal circumstances has been known to have two baths a day just because I love the escapism of the tub.

But now there’s something purifying (and yes, I know that sounds a bit over-the-top) about being immersed in the water and scrubbing away.

It’s perfect for social isolation and as far as I am aware our water is one of the few things we know is guaranteed virus-free.

A blank white slab is the height of fashion

I had been wondering which magazine would be the first to put nothing on the cover. It must be a nightmare thinking of appropriate cover stars right now.

The prize goes to Italian Vogue whose May issue cover is a blank white slab. Other editors must be envious that they nabbed this simple solution first.