Victoria's most vulnerable people continue to face wretched conditions in privately run group homes, in some cases rife with sexual assault and abuse, despite repeated warnings to the state government and calls for reform.

Volunteers visiting premises have found instances of medication mismanagement and residents living with bedbugs, soiled sheets, untreated wounds and, in one case, a litter of cats roaming in a food preparation area. 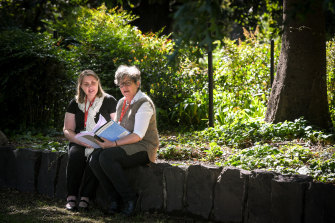 The Community Visitors annual report, published by the Office of the Public Advocate, documented three allegations of resident-on-resident rape in supported residential services last financial year and other allegations of sexual abuse and harassment, some of which have led to police action.

They discovered 669 abuse-related issues, an increase of 36 per cent from the previous year. They also fear what has been missed since the coronavirus pandemic ended in-person visits.

The catalogue of failures is longest in supported residential services, which in 124 facilities across the state house more than 5000 mostly elderly Victorians who are not suited for nursing homes, or do not necessarily meet the thresholds for disability or mental health facilities. The staff-to-resident ratio in these facilities is typically one to 30.

The annual report "notes with disappointment" that the Andrews government did not respond to last year's list of recommendations. It also questioned the thoroughness of the Department of Health and Human Services investigations into some serious incidents.

Community visitors Prue Jolley and Louise McPhee told The Age the majority of facility managers were "fabulous" and worked hard to keep residents happy and healthy, but others did not even pretend to try.

"There's a place I go to where it's not easy for them to get water," Ms Jolley said. "Even in summer, there are no jugs of water or cups. The residents are given a cup on arrival and they're expected to keep it throughout their stay. Of course they lose the cups or they're stolen.

"During the lockdown there was a place that didn't organise any activities. The manager said, 'Oh they just talk amongst themselves, they're fine, they don't need entertaining.' Whereas another manager went out of her way to keep the residents occupied."

The volunteers said some homes provided poor-quality food, leaving some residents to seek meals from charities or shops even though they pay the providers for food through their pension.

The annual report noted instances of providers with attached National Disability Insurance Scheme businesses excluding other services from the premises, effectively forcing the residents to move their NDIS funds in-house and removing choice.

Volunteers were also concerned about residents getting charged twice for the same services by both the residential service and NDIS, or residents not getting services such as regular cleaning, even if they were paying for it.

Some residents complained their NDIS funds had "disappeared", according to the report.

Ms Jolley and Ms McPhee said some volunteers were abused by facility management and given answers with "no basis in reality". 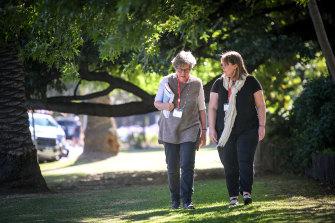 Volunteers Ms Jolley and Ms McPhee say they often get answers from management with “no basis in reality”.Credit:Eddie Jim

"At one place I asked about the health of residents during lockdown and it was, 'It's none your business,' " Ms McPhee said.

"He [the manager] was threatening and insulting to other community visitors."

State Minister for Disability, Ageing and Carers Luke Donnellan wrote to all 124 residential service operators in Victoria following the damning report to remind them of their legal obligation to help community visitors obtain information.

A government spokeswoman said work began last year on establishing new human services standards, while steps were being taken to reform the regulatory role of the Department of Health and Human Services, which will be split into two departments from February.

"As part of our work to ensure the safety and wellbeing of people living in [supported residential accommodation], the government is considering all of the recommendations in the Community Visitors report and a formal response will be tabled in Parliament in early 2021," the spokeswoman said.