High rates of Indigenous suicide, and the over-representation of Aboriginal children in out of home care and adults in prison, have worsened in what a senior Indigenous leader calls a “damning indictment on the nation”.

The federal government is not on track to meet targets to improve outcomes under the new Closing the Gap agreement in these three key areas, according to updated data to be released today by the Productivity Commission.

The results should not come as any surprise, said James Christian, the chief executive of the NSW Aboriginal Land Council.

“This is basic human rights. If children can’t be kept in a safe and nurturing home, they find themselves in the criminal justice system. All these things are interrelated. It is a pretty strong indictment on the nation that we still can’t get these fundamental human rights in balance,” he said.

Although the updated statistics come only 11 months after the new Closing the Gap Agreement, Mr Christian said it was time the Australian public woke up to the fact that successive governments had failed to make a change despite the significant human and financial cost.

“There is a very strong economic argument to do better in these areas,” he said.

Indigenous life expectancy from birth also continues to be lower than non-Indigenous Australians by about eight years.

The data is the first to be released in a new information hub to track progress on the new national Closing the Gap agreement last July. The first annual report will be released next month.

For the first time, the agreement measures progress on new priority reforms to involve Aboriginal organisations in decision making and the delivery of programs and the reduction of entrenched racism in government organisations.

Here is what the report found:

Not on target: Indigenous children in out of home care

The new target was added to the new Closing the Gap Agreement, which replaced the 2008 National Indigenous Reform Agreement. Other new goals included reducing the incarceration rate of adults and youths in juvenile justice.

The current rate of Aboriginal children in out of home care is about 11 times greater than the rate for non-Indigenous children at 5.1 per 1000.

While the new data showed an increase in the number of Aboriginal children from zero to 17 years of age removed from their families, the rate stayed the same for non-Indigenous children between 2019 and 2020.

Background: University of New South Wales professor of law Megan Davis attributes the disproportionately large numbers of Aboriginal children in care to the lack of Indigenous self-determination and the failure of states and territories to place Aboriginal children with family or relatives. 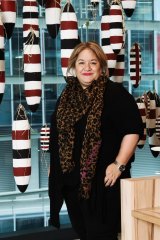 The Grandmothers Against Removal told a review by Professor Davis that placing Aboriginal children with non-Indigenous carers, even for short periods, resulted in them being cut off from their families. This amounted to “active, state sanctioned cultural genocide”.

Getting worse: Indigenous deaths from suicide

Under the agreement, no figure or percentage improvement was set as a goal because there is no acceptable rate of suicide.

To reach parity with the current rate of suicides among non-Indigenous Australians, the rate would need to halve by 2031.

According to the Australian Bureau of Statistics, the average rate of suicide in the five years to 2019 was 24.6 per 100,000 people for Indigenous people, nearly twice the rate as non-Indigenous Australians in the same period.

“We know what works,” he said.

Not on track: Indigenous incarceration

Background: Since 2009, the number of Indigenous people behind bars has been trending upwards. While the rate of non-Indigenous people in custody has also increased since 2009, it dropped in 2020 to 156 people in jail out of every 100,000 population compared with 173 per 100,000 the year before.

At this rate, it will meet the goal of reducing the rate of Aboriginal and Torres Street Islander youth in detention to by 30 per cent by 2031 if the current trend continued. Even then, there would still be more than 20 times the number of Aboriginal youths in detention in 2031 than non-Indigenous youths.

Background: Children who started life in out of home care are over-represented in the criminal justice system. The Australian Law Reform Commission reported in 2018 that they were 16 times more like to be in the juvenile justice system. More than 90 per cent of Aboriginal and Torres Strait Islander youths who appeared in a children’s court went on to appear in an adult court within eight years—with 36 per cent of these receiving a prison sentence later in life.