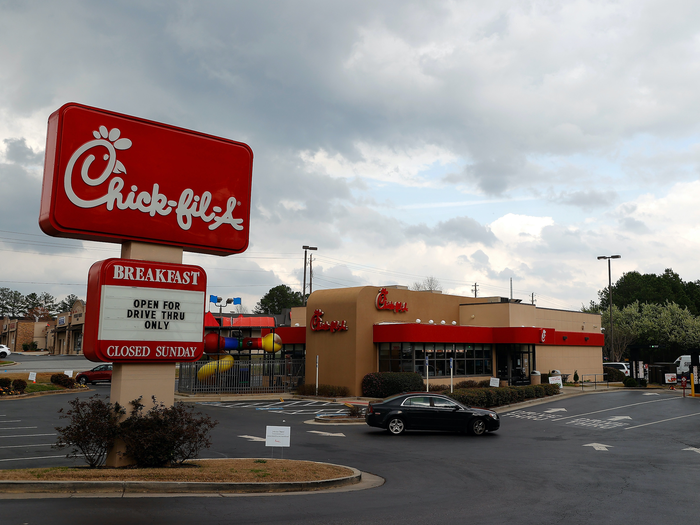 A woman who pretended to be an FBI agent on multiple occasions was arrested for commanding free food from workers at a Chick-fil-A restaurant in Georgia.

The woman, Kimberly George Ragsdale, is accused of going into a Chick-fil-A restaurant in Rockmart, Georgia, and telling workers that they would be detained if they didn't give her free food, according to a police report seen by the Polk County Standard Journal.

After Ragsdale attempted the ruse numerous times over the course of a week, Chick-fil-A workers called the police on Thursday. When officers arrived at the scene to arrest her, she was in the restaurant's parking lot.

When asked for identification, Ragsdale maintained her claim that she was an agent and told the officers she only had electronic credentials, according to the police report cited by Polk Today.

As Ragsdale was being taken into custody, she also pretended as though she was trying to inform someone about her arrest on a hidden radio insider her shirt.

"We are thankful for the observant and professional staff at CFA who knew what to do and gathered the info needed for us to make our case and catch her in the act," Rockmart Police Chief Randy Turner told the Polk County Standard Journal.

According to an arrest report obtained by Fox News, the 47-year-old woman was charged with "impersonating a public officer."

A 73-year-old Texas man was accused of stealing posts from 'hundreds' of political campaign signs for 3 years, police say

A New York couple drowned on their Turks and Caicos honeymoon four days after their wedding, report says