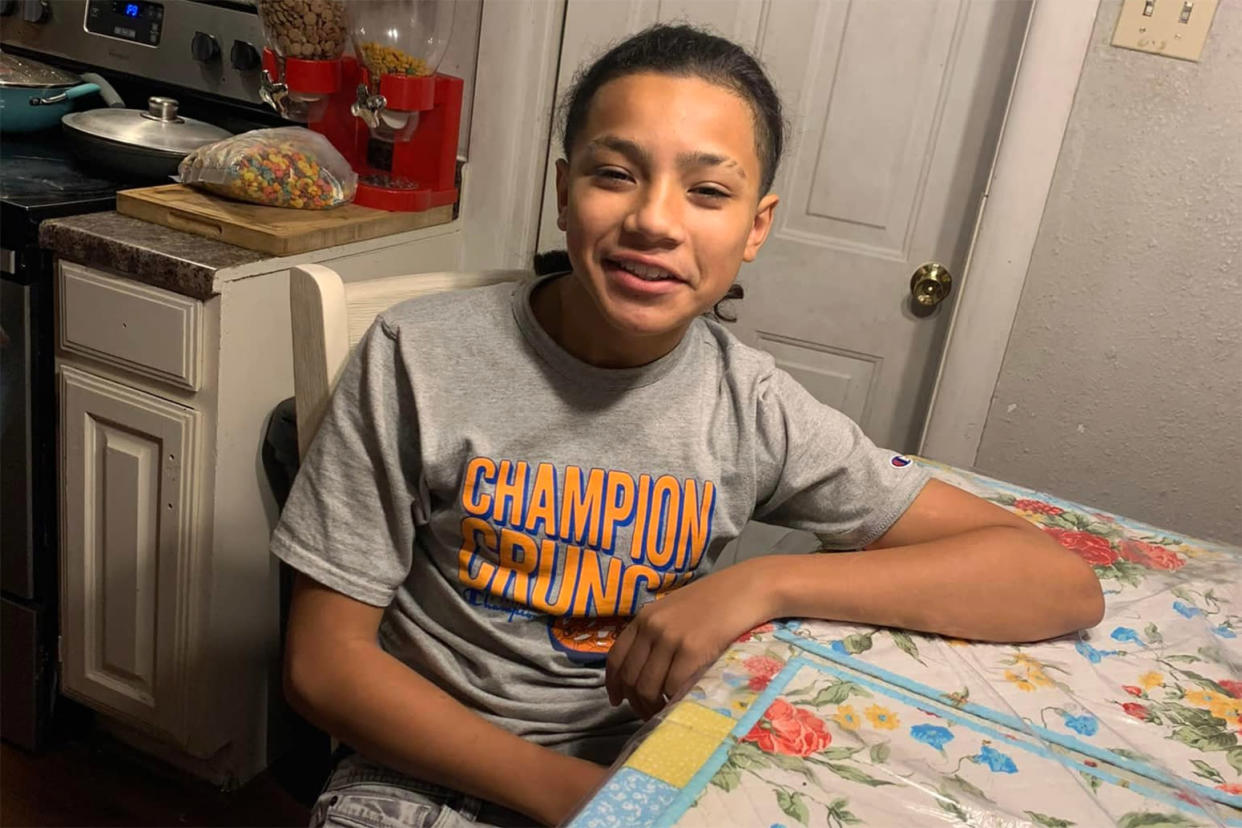 The 13-year-old boy who was fatally shot by San Antonio police earlier this month posed no threat to the officers when he was killed, the attorney representing the boy’s family said Monday after viewing partial police footage of the encounter.

Attorney Lee Merritt said there was “a clear civil rights violation” based on the police videos he watched, which included two police dashcam videos and footage from the bodycam of officer Stephen Ramos, who has been identified as the officer who shot Andre Hernandez Jr. The videos, Merritt said, contradict the narrative put forth by officers.

San Antonio police have said officers were responding to calls about gunfire at around 1:20 a.m on June 3, when they “located and attempted to stop a suspect vehicle, which was later discovered to have been reported stolen.”

But Merritt said that description didn’t match what he saw.

‘There was no ramming or crash’

When police cars approached the car, driven by Andre and carrying two other teens, he reversed into a residential driveway, Merritt said, refuting an earlier account from police that the teen reversed his car into a police vehicle.

As two police cars approached the driveway, the teen began slowly driving forward, eventually making contact with one of the cars, Merritt said.

“The car was not traveling more than 2 to 5 miles per hour,” he said. “There was no ramming or crash, it was a bump.”

“In less than a second, you hear a gunshot,” the attorney said.

Merritt believes Ramos didn’t intend to fire his weapon and that his body language suggested that it was “an inadvertent fire.”

“There was one shot, and no ‘let me see your hand,’”he said, adding that if there is an active threat officers are trained to shoot until that threat is terminated. Nothing of that effect took place on the videos, Merritt said.

After he was shot, Andre stepped out of the car with his hands up and said he had been hit, Merritt said. Officers then handcuffed him and started looking for the wound, the attorney said.

The teen was “very apologetic,” the attorney said. “It was all ‘yes sir, no sir, and I’ve been hit, sir,’” he said. Merritt was not shown the portion of the video when Andre was treated by paramedics. The teen was eventually taken to a nearby hospital, where he died, police said.

Merritt said the footage also shows another teen in the car telling the officers to call Andre’s family immediately and offering to give them the number.

Lynda Espinoza, Andre’s mother, said police took five days to contact her about the shooting despite having her contact information.

Lawyer claims unjustified use of force

She did not watch the video on Monday because it was too difficult in the wake of losing her son, Merritt said.

Merritt said the videos show an unjustified use of force because the officers were not in imminent threat of death.

San Antonio police did not immediately return an email request for comment by NBC News on Monday night.

The case is currently being investigated by the San Antonio police department, which will submit its findings to the Bexar County district attorney’s office.

The district attorney’s office did not immediately return a request for comment on Monday night.

Ramos has been placed on paid administrative duty.