Debating whether junk food should be banned for the overweight on Good Morning Britain, Steve clashed with Susanna Reid over whether it was a form of fat-shaming. Susanna claimed the move was too extreme and those who are obese would not be put off eating junk food even if they were turned away from fast food restaurants.

“Steve, this is fat shaming at its worst, isn’t it?” Susanna began.

“Are you suggesting that I’ m overweight and turn up at y favourite restart there is going to be a fat shaming security guard on the door? You’re not on the thin list.”

Steve replied: “That would be a bit daft wouldn’t it? But the thing is whenever we talk about a subject like this we always raise the two words, fat shaming.

“We need to turn this around and call it life-saving.” 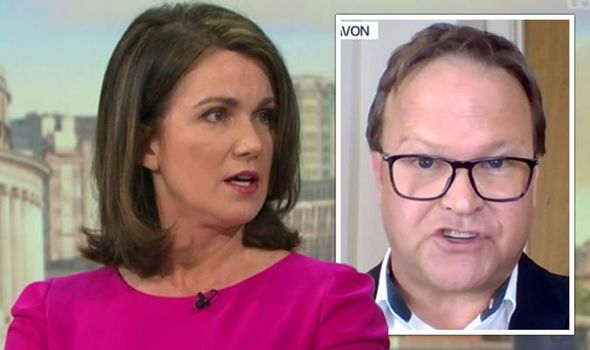 He continued: “Let me give you some stats just to kick off here. Right, so, we’ve got one in four people are obese in this country.

“What I’m thinking is that for those people that are a BMI of 40 plus, we are talking really quite big there right? 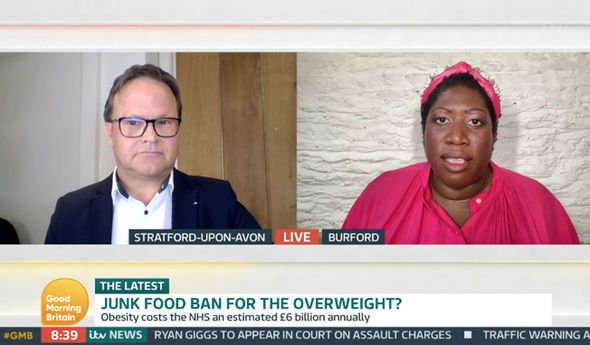 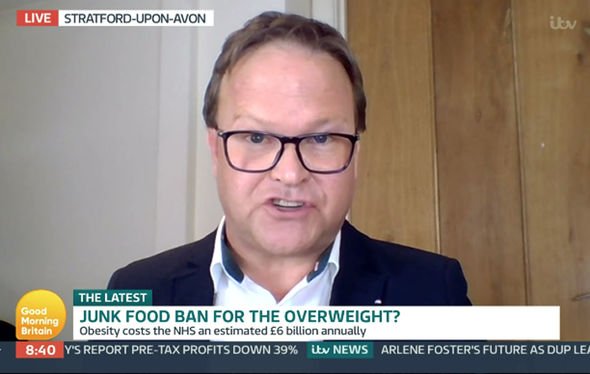 Susanna questioned: “So that person goes home, goes on their take away app and orders food or opens the fridge and takes whatever is in the fridge?

“When you say you shouldn’t use the words fat-shaming, that is literally what you’re suggesting happens to people.”

As Steve interrupted shouting “No, I’m not,” Susanna continued: “They can eat unhealthy at home.”

Steve added: “Every time we talk about conquering obesity you talk about fat-shaming, we have to get a grip on this.”

Steve’s argument divided viewers on Twitter with some agreeing with his suggestions.

“Absolutely agree with Steve! ‘Get a grip’this is a serious national issue and we must intervene!” one viewer posted online.

Another added: “Yes, I totally agree! Call it what u want, but obesity is extremely dangerous and comes at a HUGE cost to the NHS annually!”

However another argued: “Horrendous! Obesity is a disease like any other, why do we have this blame culture? We need better treatments of obesity to help those who are suffering with this life long condition!”

“Stop trotting him out, he won’t listen he is toxic and a damage to people. Fat shaming at its very best,” a second posted.

A third continued:”This guy is a danger to society. #eatingdisorders are seeing huge increases and it is proven that shaming people doesn’t help their health, in fact, the opposite.”

Good Morning Britain airs weekdays on ITV at 6am.