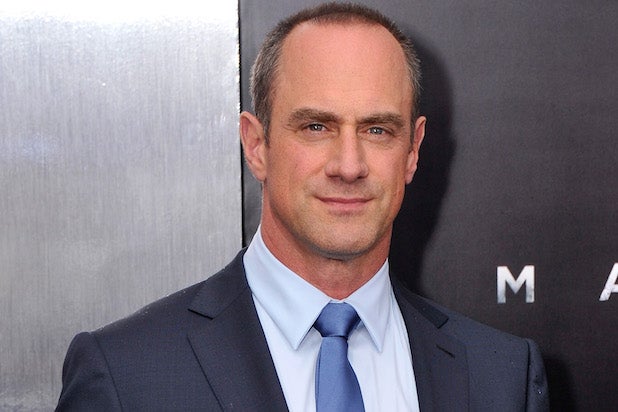 If you need any more proof that Chris Meloni has the best sense of humor, look no further than Twitter, where the actor is hilariously celebrating his own rear end.

The rekindled obsession with Meloni’s butt started on Wednesday, when a fan snapped a pic of him wearing tight pants while shooting “Law & Order: Organized Crime” in Brooklyn. The photo, posted in a neighborhood Facebook group, quickly went viral for, well, obvious reasons.

As the internet marveled at Meloni’s backside, one fan tweeted at him, asking, “You wanna explain why you have so much cake??” alongside a GIF of Patrick Star from “Spongebob Squarepants.”

It would be enough if Meloni’s response was a “one and done” acknowledging that he’s aware people are talking about him. But the actor apparently has no shame in celebrating himself, because he’s kept on replying to tweets and joking around with fans, playing into their “thirst trap” memes.

I mean, come on — can we all admit it takes a good man to announce to Twitter that his butt isn’t hairy?

It’s worth nothing that Meloni is probably used to this kind of unusual praise by now — remember when Buzzfeed made a listicle called “Literally Just 17 Photos Of Chris Meloni’s Butt?” He’s not even a stranger to thirst tweets in general, as he proved during a 2019 interview where he read aloud tweets about everything from his overall attractiveness to his attention-grabbing behind.

Meloni is obviously proving with his recent Twitter activity that he’s still as humble and down-to-earth as ever — even when it comes to the internet once again yelling about his butt.