“Wonder Woman 1984” (Warner Bros.) dropped a massive 67 percent for its second weekend in domestic theaters. The DC Comics sequel, also playing on HBO Max at no extra charge for its subscribers, has grossed $28.5 million in 10 days. With some territories already in week three, but others not yet open, the worldwide total is at $118.5 million. That’s likely to be the bulk of the film’s theatrical take.

If anyone doubted the grim outlook for domestic theaters right now, look to this weekend, where all films barely took in $13 million total, smack dab in the middle of the extended Christmas period. And that’s with only around 40 percent of domestic theaters open at the moment, and the outcome representing 56 percent of the potential normal gross.

But even if all theaters were open, that the total might have been $25 million shows how weak the result is. The last time January 1-3 fell on a weekend, the total for those days was $220 million. (With both holidays on Friday, this is the most ideal calendar for maximum results.)

The unexpectedly large drop in “Wonder Woman” returns poses multiple questions, with no clear answers. The post-Christmas weekend grosses normally come close to or even outperform the previous weekend, depending on where the dates fall. Last time around, they were down 20 percent. This year? Closer to 50 percent.

Most of the rest of the holdovers actually increased this weekend. Universal’s “The Croods: A New Age” in second place, for example, jumped 25 percent in its sixth week, despite having home availability. So lay the blame for the drop mainly on “Wonder Woman,” which still contributed nearly half of the total.

The best comparison for “Wonder Woman’s” drop is to previous years with the same calendar, and then to other films that opened Christmas Day. This occurred six times in the most recent two instances. Their drops ranged from down 41 percent (“Sherlock Holmes” in 2010) to 15 percent (“It’s Complicated”). The “Wonder Woman” drop is more than double their average.

The reasons are unclear, but assuming the unverified estimate for the first weekend ($16.7 million) was accurate, some combination of these account for it. First, and perhaps most important, “Wonder Woman” was an unprecedented Christmas Day release. If they open around Christmas at all — and comic book movies mostly haven’t — franchise tentpoles at this level usually bow the week before to gain maximum seating and less competition. And titles like this tend to be front-loaded more than most holiday films.

Second, word of mouth played a role. “Wonder Woman 1984” had a B+ Cinemascore, barely above average, compared to the A for the 2017 original film. Couple that with what anecdotally has not been very good social media response, and a larger than normal fall makes sense.

Third, and the least clear, is how much HBO Max play mattered. Clearly, it greatly reduced the theatrical audience, and from the start. But did awareness of at-home availability grow over the week? Don’t assume streaming access was broadly known, or that more people didn’t sign up during the week. That scenario could’ve made the alternative platform more damaging than during the opening weekend.

As a harbinger for theaters and streaming to coexist on the same initial date, and for the fallout of releasing a film during the height of the pandemic, the result is hard to deny. Theaters can’t operate domestically right now. And there’s nothing to support that Marvel, DC, or similar titles should roll out as “Wonder Woman 1984” did. That’s good news for theaters.

The most positive result for “Wonder Woman” comes from Australia. The country, which has COVID-19 far more under control (though still with restrictions), has grossed $11.5 million in 10 days. Comparing populations, that would be about $90 million so far in the U.S.. The number is about half of what the first film took in. 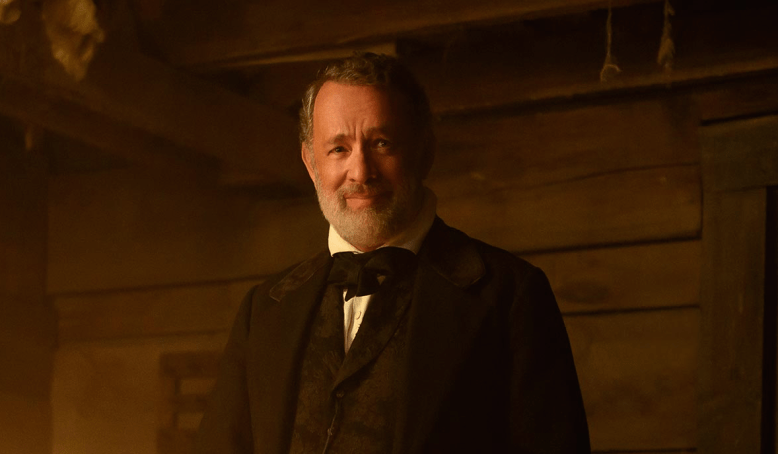 “News of the World”

The rest of the grosses played along normal lines, if with deflated numbers. Of the second-week films, “Pinocchio” (Roadside Attractions), though weak, increased as usually happens with family titles. “Promising Young Woman” (Focus) was down eight percent, while “News of the World” (Universal) dropped 25 percent. Those are standard results, even if the initial grosses were weak. Both soon will have Premium VOD play as per usual for the studio.

The increases for the rest, again, are typical, particularly for a film like “Croods.” And this year, with far fewer films in release — and more than any other time since theaters reopened, virtually nothing of note from library titles — the lack of top new films overall adds to their draw.

Open theaters have given no sign they might not maintain that position. But with nothing particularly strong on the horizon, the real chance of more delays among films currently scheduled, and inevitable drops from films now playing on the horizon, the weeks, and even months ahead are as bleak as any period, even if 2020 is now behind us.