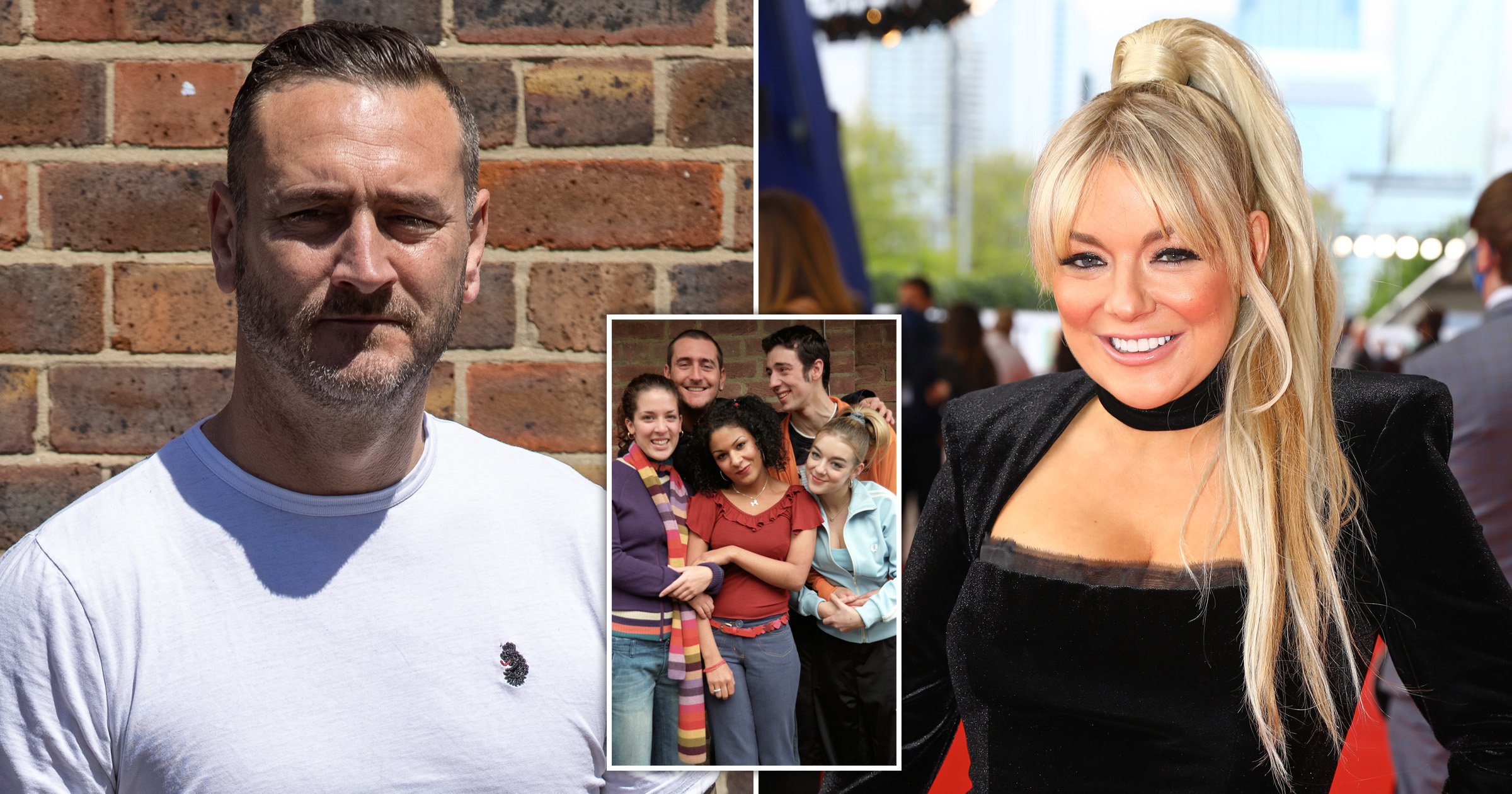 Will Mellor is ‘well up’ for a Two Pints of Lager and a Packet of Crisps reunion special, having been inspired by the recent Friends reunion episode, but has admitted it’s unlikely as co-star Sheridan Smith hasn’t been in touch in four years.

The 45-year-old actor, who played Gaz Wilkinson on the BBC sitcom for a decade until it ended in 2011, would love to get together with the rest of the cast to look back on their years working together, but doesn’t think it would be ‘doable’ because they’re not all in touch anymore.

He told The Sunday Mirror: ‘I saw that Friends thing the other day and I thought we could have done something like that – talk about the old days, show some clips for fans of the show – but, to be honest, some of the people I don’t speak to anymore…

‘To be honest, I don’t think it’s doable anymore.’

The Coronation Street star, who’s currently walking the famous cobbles as villainous drug dealer Harvey Gaskell, said he’d be ‘well up for it’ out of ‘respect for the fans and what they’ve given us’, but just ‘can’t see’ the cast coming back together.

Will is still in regular contact with co-stars Ralf Little and Natalie Casey but claimed 39-year-old Sheridan had never responded when her reached out to her so he stopped trying.

He added: ‘I’ve not seen Sheridan or spoke to Sheridan in four years. I rang her for a while and just nothing, so I don’t know her anymore.

‘I wish her all the best, but she hasn’t called me in years.’

Despite Will’s misgivings over a reunion however, Sheridan recently spoke to Metro.co.uk, saying that she wouldn’t rule it out.

‘I mean that would be brilliant, Gavin and Stacey did their special which I thought was brilliant,’ she says. ‘We might end up getting the Two Pints gang back together, I certainly wouldn’t rule that out one day if everyone’s schedules worked out.’

Despite Ralf’s Two Pints of Lager character Jonny Keogh being killed off in the series, Will recently shared that he’d be interested in doing a spin-off series with his pal after they recently recorded a special segment to celebrate the programme’s 20th anniversary.

The actor commented on how ‘nice’ it was to mark the anniversary as ‘it was a big part of my life’.

Since Sheridan quit Two Pints of Lager after series eight, she’s gone on to a distinguished TV, music and West End career, scooping up a Bafta award for Mrs Biggs in 2013, an NTA award for Cilla in 2015 and two Oliver awards for her theatre work, alongside numerous other nominations including at the Classic Brits and the Emmys.