Whoopi Goldberg is a beacon of light for Heather B. Gardner from The Real World: New York, with Gardner recently sharing that Goldberg’s influence changed the course of her life forever.

Gardner described how a piece of advice Goldberg gave her several years ago stuck with her. During the latest episode of The Real World Homecoming: New York, Gardner and former roommate Kevin Powell discuss their careers with Powell referring to Gardner as “Black girl magic.” Gardner has a slew of steady gigs, but she said she enjoys them so much, they don’t seem like work. 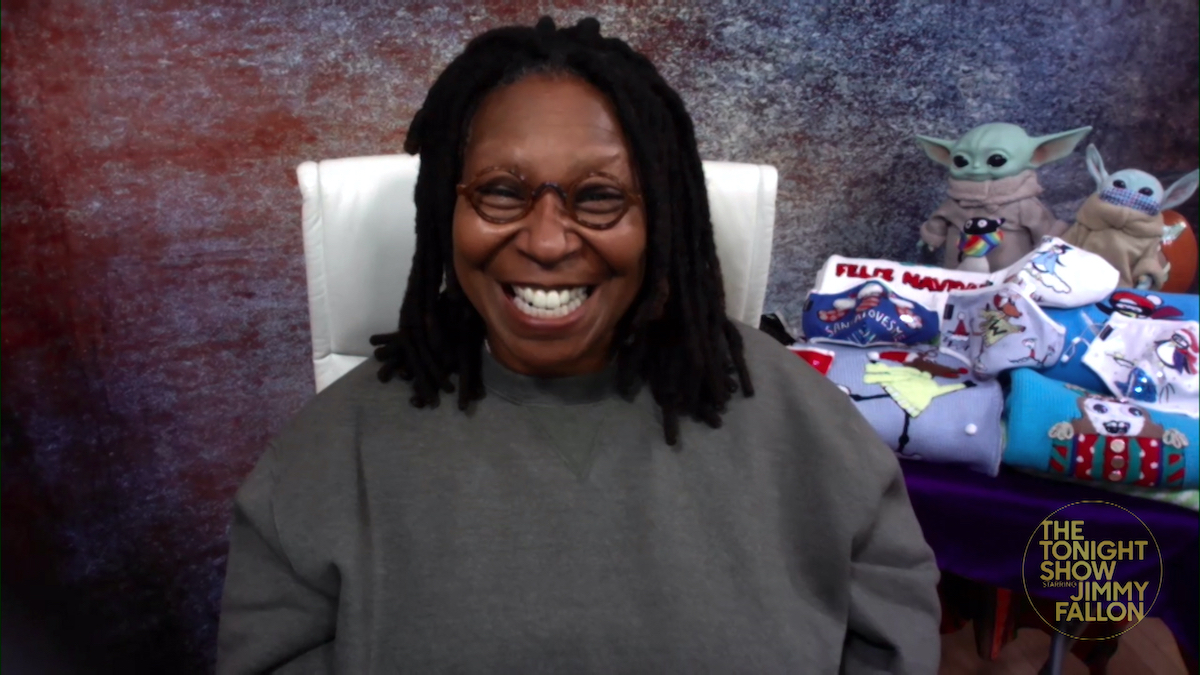 Whoopi Goldberg told Heather B. Gardner to pursue a career she loves

“That’s what I learned in the past 10 years,” she told Powell. “It was like banana peels being thrown in the road, marbles … you know,” she joked. “Bricks being thrown. But I was like bobbing and weaving. And I got hit a few times, but I was like, I’m not staying down.” Gardner is the host of three Sirius XM radio shows, along with being a rapper and R&B star.

“It was Whoopi Goldberg, who still to this day I can’t believe that I met her,” Gardner shared. “Like, she was in Sirius. I just saw her point inside. And the next thing you know, the talent rep came in and said Whoopi Goldberg wants to come in this room.”

“She walked in the room, and she said, ‘I felt the energy coming through the glass,’” Gardner recalled. “And I saw all these Black and Brown kids. And so I wanted to come in and I wanted to know what y’all are doing in here. She said if you could do something every day for a dollar, what would that be? That is your purpose.”

Gardner often references Goldberg’s words. “I use that,” she said as Powell shared that his mother loves Goldberg. “Yo, bro, I love her,” Gardner added. “My husband just having an adult relationship with somebody, helps you get through whatever day or whatever work you have.”

Powell marveled at Gardner’s tenacity and talent earlier in the episode. Gardner is seen preparing to record her radio show, while at the same time filming the reunion series. She checks her to-do list and casually heads for a morning shower while delivering an impromptu rap. “You still got it,” Powell said while laughing. Later, Powell decided to sit nearby while Gardner recorded one of her Sirius XM shows.

“Looking at Heather, I’m like she has three radio shows,” Powell said in a confessional. “She mentors God knows how many people. And she cooks and she has a merchandise line. I’m like, what doesn’t she do? It’s amazing to see what Heather has evolved into. Because she was one of the younger ones back in the day. And here she is now, this dynamic force.”

The Real World Homecoming: New York is currently airing on Paramount+ with new episodes every Thursday.