AS The Crown focuses on the Queen's long reign, it's only fair to give her sister, Princess Margaret, some of the spotlight.

Over the course of the series, the Countess of Snowdon has mainly been portrayed, not by one, but two actresses. 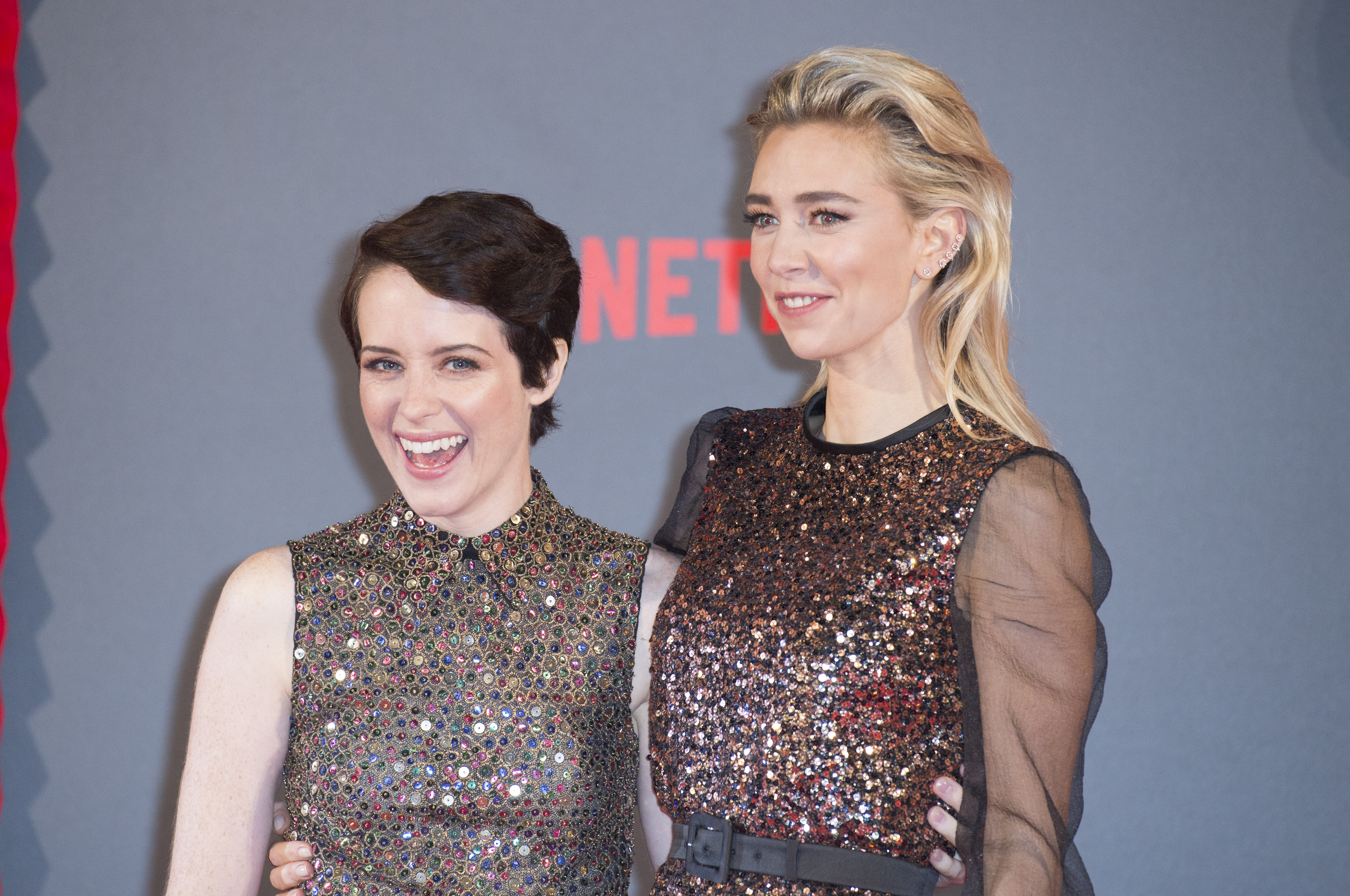 Who plays Princess Margaret in The Crown?

In the first two seasons, creator Peter Morgan had his mind set on Vanessa Kirby.

The British actress, seen in Mission Impossible : Fallout (2018) alongside Tom Cruise and Pieces of a Woman (2020) portrays a young Princess Margaret and her performance was astounding.

But as Claire Foy relinquished the crown to Olivia Colman, Vanessa also had no choice but to say goodbye to the beloved princess.

"The Crown was the best time of my life,” she told The Guardian in 2018. “Saying goodbye to it was awful, I really grieved it, actually."

And who better to take over than quirky Helena Bonham Carter as the vivacious royal rebel?

The 55 year-old actress plays Margaret in seasons three and four of the Netflix hit show and is set to be replaced by Lesley Manville in the forthcoming fifth season of The Crown.

What are the main storylines about Princess Margaret in The Crown? 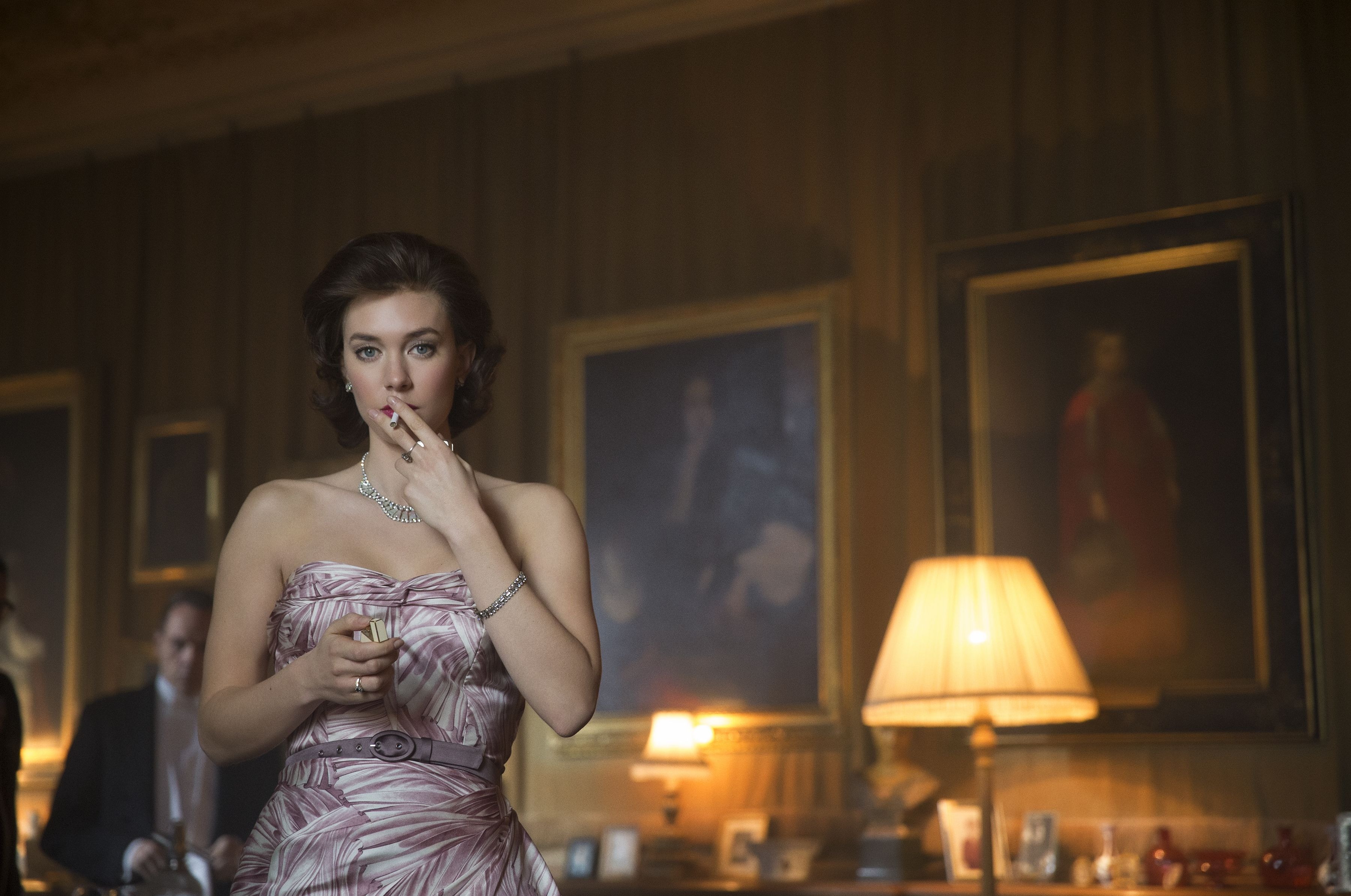 A recurring rivalry with the Queen

One of the main plot points of The Crown's first season pits the Queen against members of her own family as she comes to terms with the weight of the crown, following King George's death in 1952.

Princess Margaret is no exception. Unlike her older sister, George VI's youngest daughter dreams of being in the spotlight but regrets being overshadowed by Elizabeth.

Gradually, and all throughout the first series, a rift develops between the once close sisters.

And it doesn't get any better as Margaret's heart beats for a man she should stay away from. 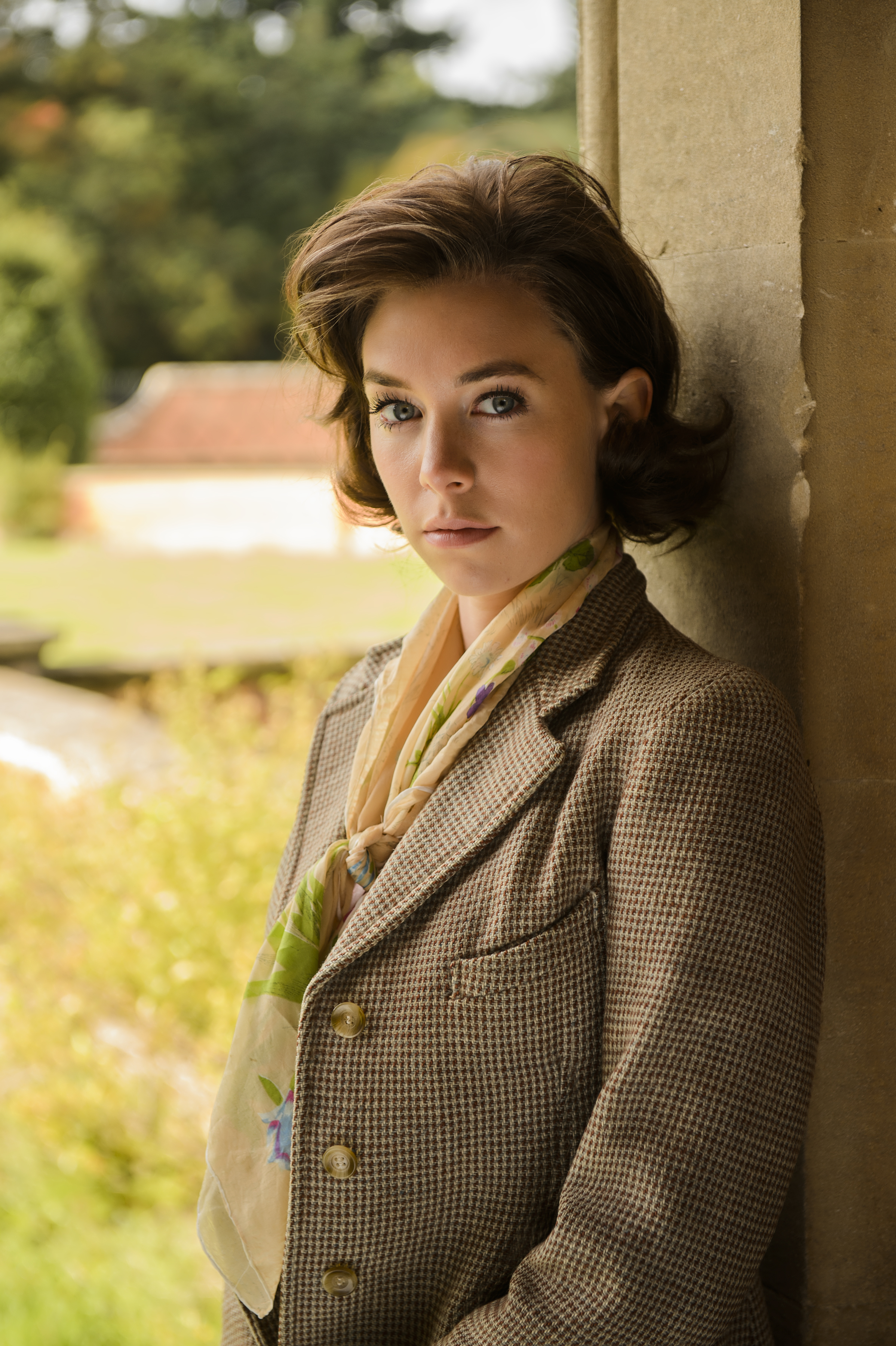 An affair with Peter Townsend provokes a squabble

Viewers find out of Princess Margaret's affair with Peter Townsend in the third episode of season one.

Recently divorced from his first wife Rosemary,the British air force officer considers marrying Margaret who hopes that the love match, with her sister at the head of the Commonwealth, will be supported.

But when the lovebirds ask for her blessing to get married, and although the Queen first supports the relationship, Margaret and Peter are met with opposition from Private Secretary Tommy Lascelles and the Queen Mother.

The Royal Marriages Act of 1772 forbids the couple from marrying without permission until Margaret reaches the age of 25.

The pair receive the public's support following a newspaper article and Elizabeth soon agrees that her sister should marry Peter once she comes of age.

But as he set to be posted to Brussels, Peter is soon the target of Tommy Lascelles who, when face with his growing popularity, deems important to have him posted sooner than initially promised.

The end of the first season sees the country divided over their relationship as Parliament gives its green light while the Church of England disagrees.

After seeking advice from her uncle Edward, who abdicated in the name of love for Wallis Simpson, Elizabeth tells a devastated Margaret that she is forbidden from marrying Peter, who then leaves for Brussels.

In season two, Margaret hears from her former lover for the first when Peter tells herhe has fallen and is engaged to a younger woman. 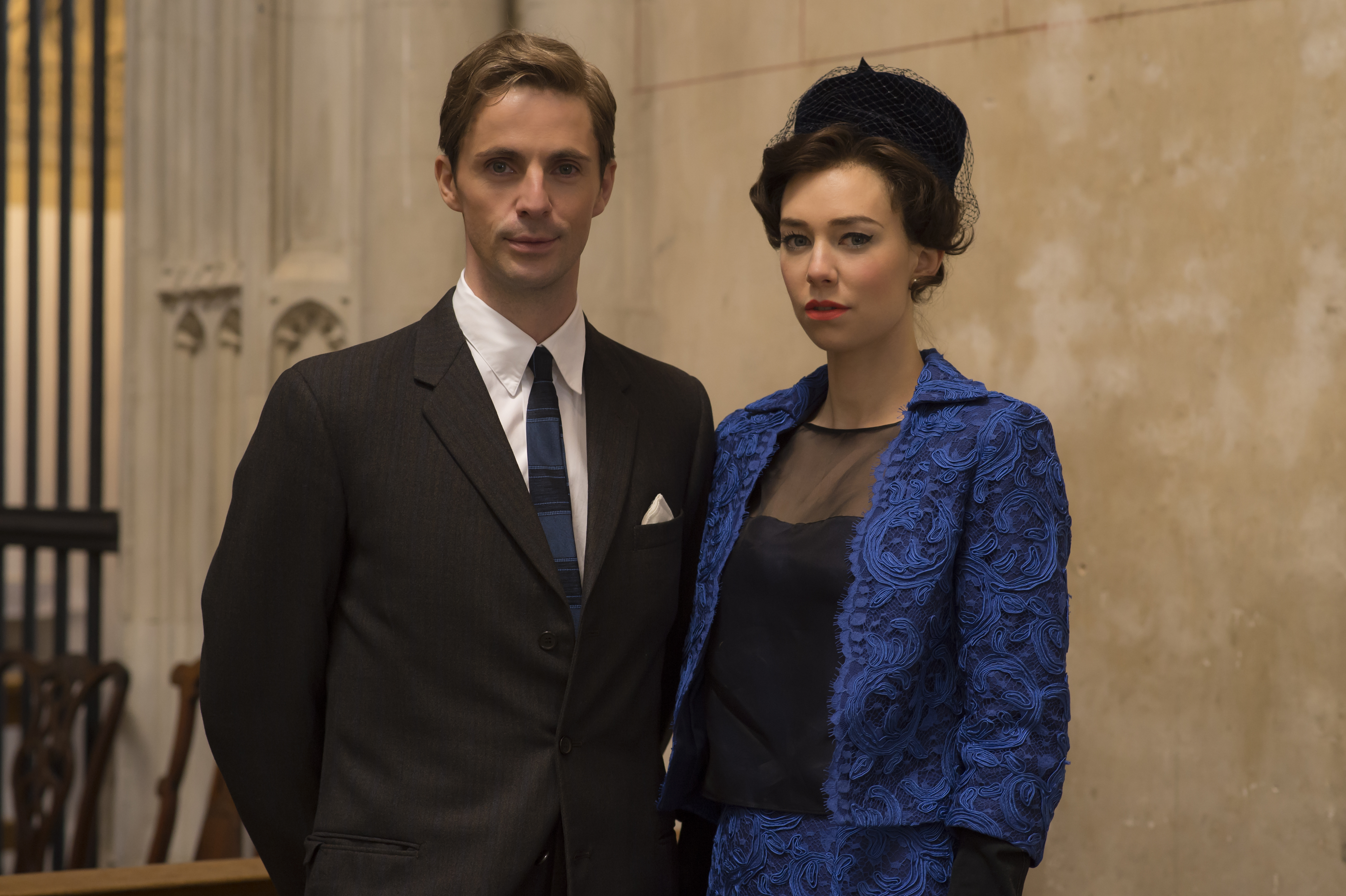 After accepting a proposal from close friend Billy Wallace, Margaret breaks off the engagement after her finding her betrothed drunk and recovering from wounds he received during a duel.

She soon meets Tony Armstrong-Jones at a party and agrees to let him take her picture. Later on, she sneaks out to his studio for another sitting and asks him to send one of his pictures to the press. 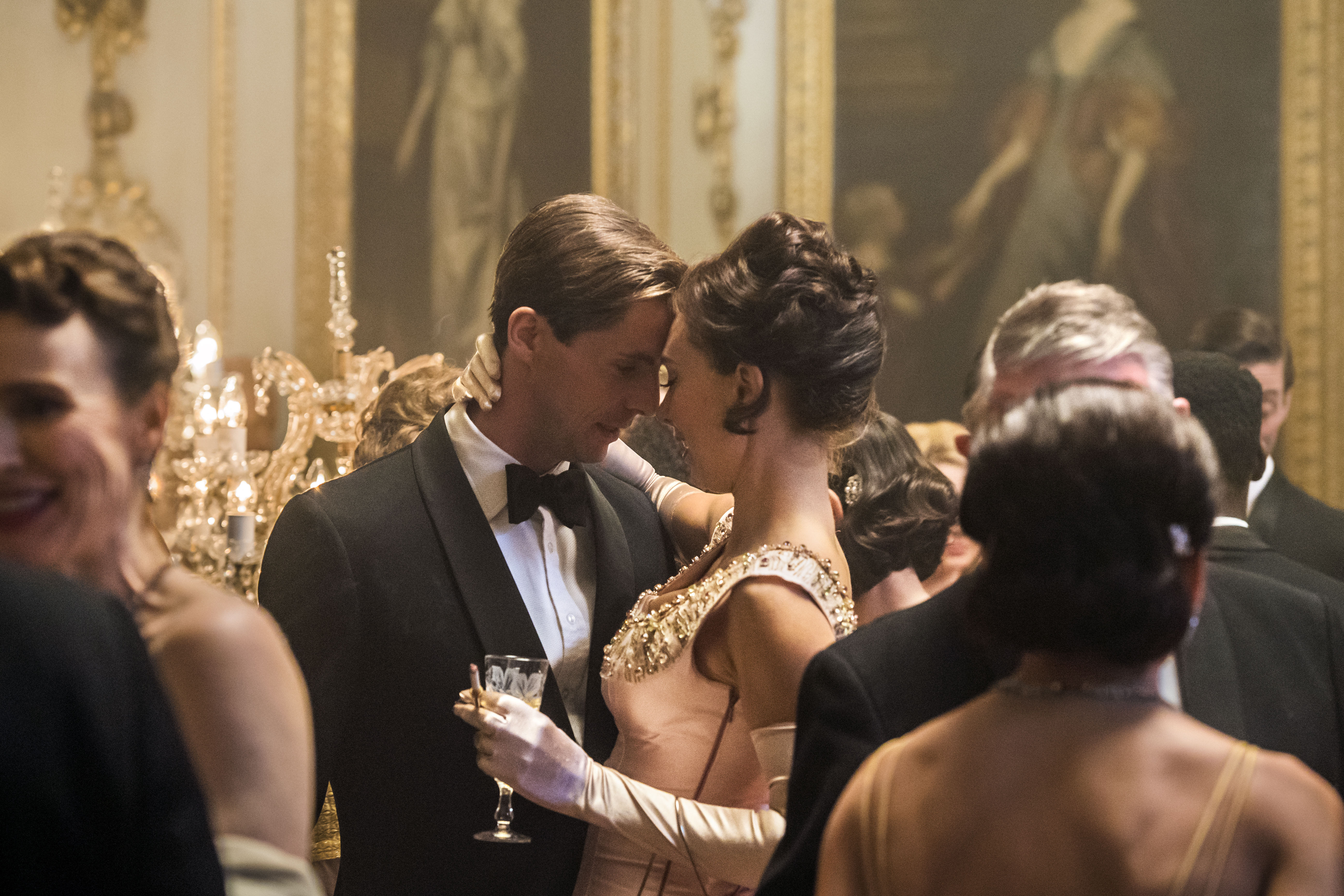 The photo, in which she seems to be scantily clad, is published and shocks the masses.

When she finds out about Peter's new love, Margaret presses Tony into marriage. Although reluctant at first, Tony soon agrees but his reputation, as courtiers are quick to find out about his string of relationships with both men and women, is not seen in a positive light.

Although aware of Tony's reputation, Elizabeth decides to giver her sister her blessing, only demanding that she wait until the birth of her third child – Prince Andrew – to announce her engagement.

Months pass and Margaret and Tony eventually get married in Westminster Abbey. 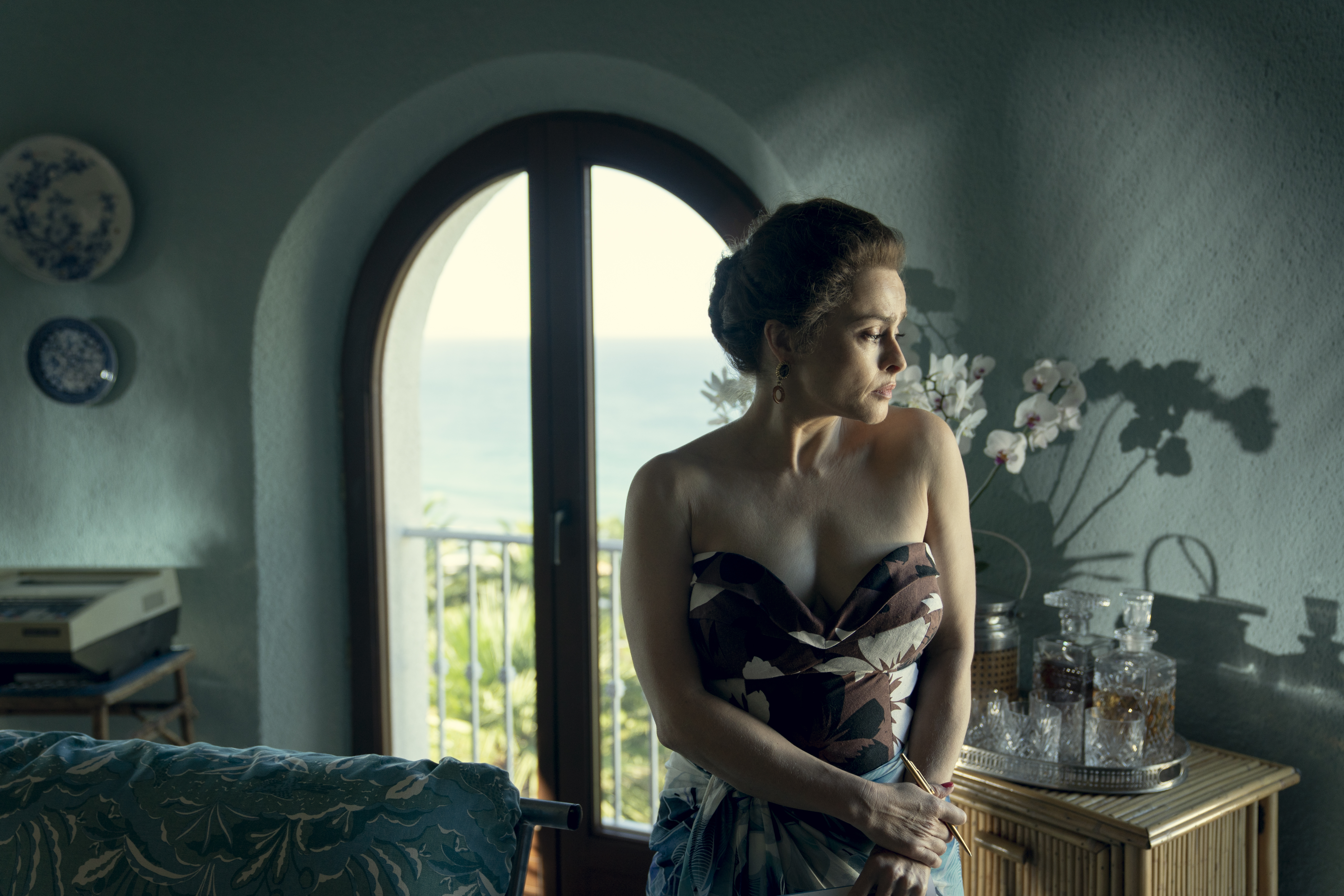 In the third season, however, and despite the birth of their two children Sarah and Arthur, Margaret and Tony's relationship falls apart.

Margaret soon takes on a lover, Roddy Llewellyn. But as the relationship also falls apart, she attempts suicide.

The lovesick Margaret finds comfort when her older sister visits her. Both sisters rekindle their close relationship as the countess of Snowdon's marriage ends. 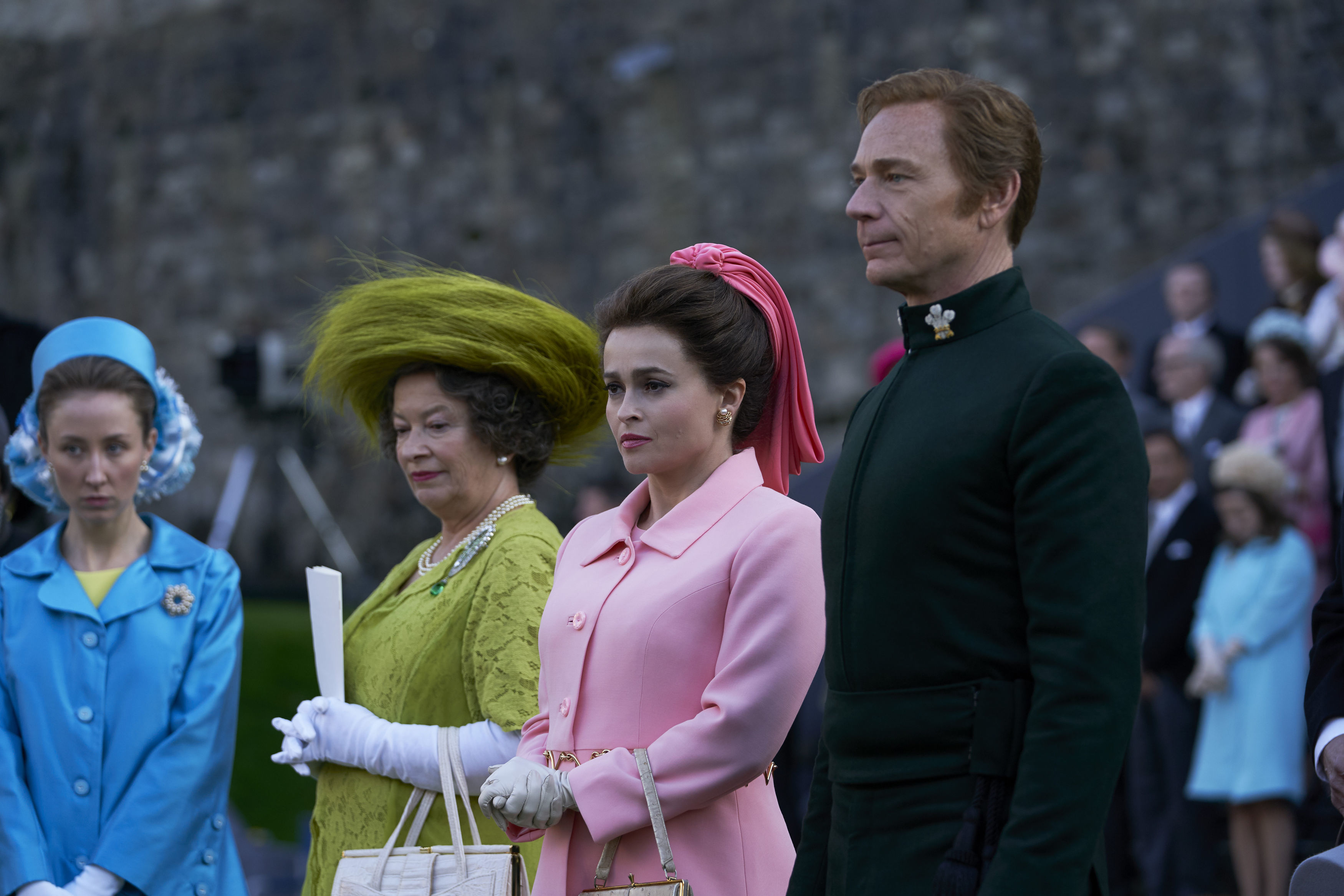 Her assertive and exuberant personality does not appeal to everyone, so much so that, all throughout the show, many object to Margaret's involvement in the Crown's engagements.

But after a successful tour of the US with Tony, during which she helped the UK win a valuable financial bailout from President Lyndon B Johnson with her outgoing aura, Margaret says she wants to be more involved, asking her sister for more missions.

In season four, however, and while she relied on her life as a working royal to get back on track after her divorce, Margaret is pushed out of the limelight as Prince Edward, the Queen's youngest child, becomes of age to represent the Crown. 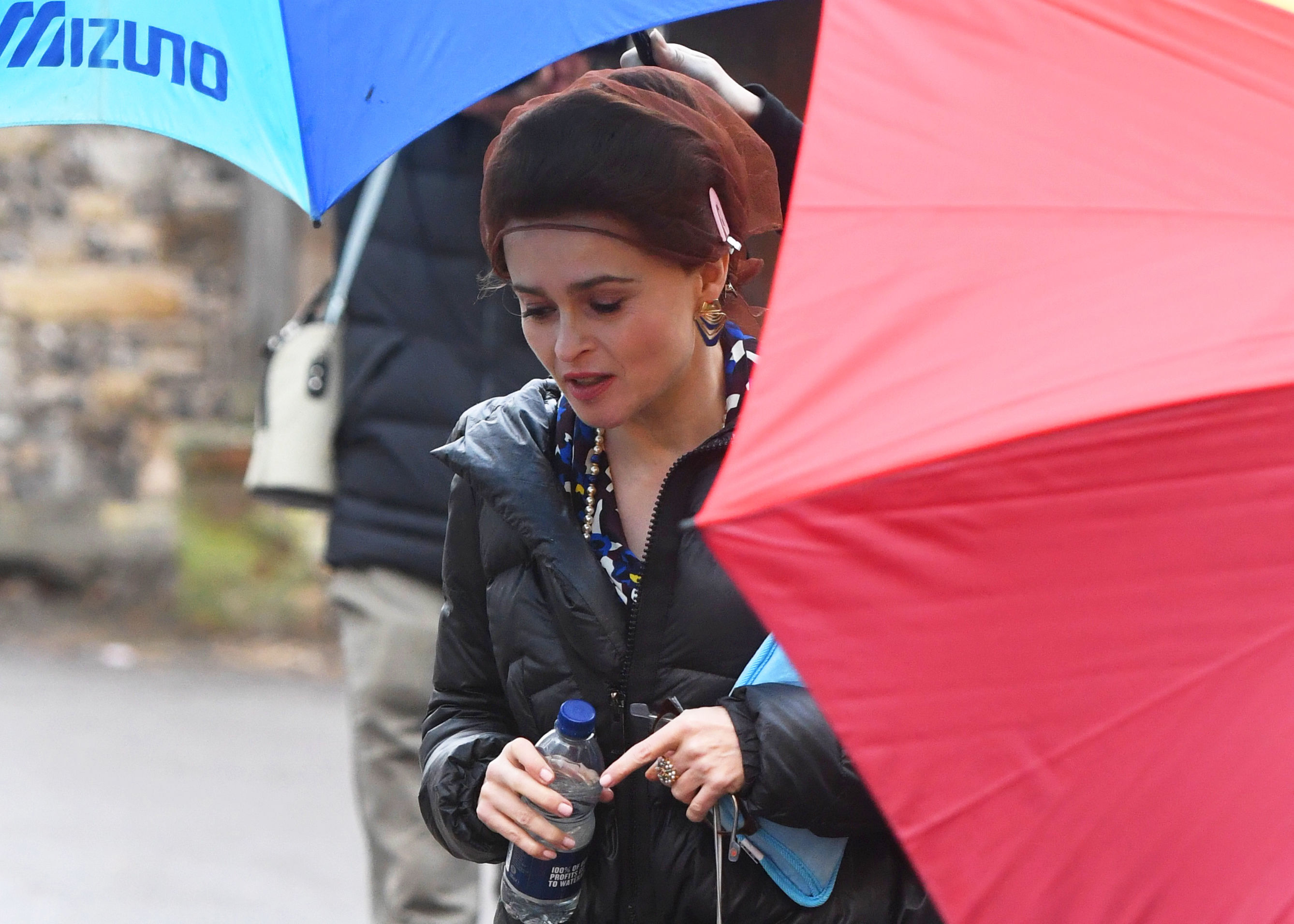 While she is less present in season 4, (although she gives valuable advice to the Queen by encouraging a marriage between Charles and Camilla based on her love story with Peter Townsend), episode seven gives her an important place.

Following her divorce and as she sees her public role reduced, Margaret falls into depression and even has part of her lung removed, due to her heavy smoking.

She travels abroad to recuperate and consults a therapist, determined to follow Charles' advice. When the therapist mentions her deceased maternal first cousins Nerissa and Katherine Bowes-Lyon, she unveils a decades-old secret.

Unwilling to give up on her cousins – who, she finds out, are alive and hospitalised – Margaret confronts the Queen Mother. According to her, the family had no choice but to deny the cousins' existence.

Acknowledging the existence of Nerissa and Katharinve would have caused doubts around the purity of the bloodline.

Margaret then mentions her fear of becoming mad to her therapist who reassures her and tells her she will not meet that fate. Margaret soon gets back on track although she does not hide her disappointment in private.