The hottest show streaming right now is without a doubt “Too Hot to Handle.” For those who haven’t binged the first season (available on Netflix), allow us to fill you in. “Too Hot to Handle” could best be described as “Love Island” meets “Survivor.” A group of perfect-looking, single 20-somethings move into a house on a remote island. But there’s a catch: The contestants aren’t allowed to hook up with each other. If they can remain appropriately celebrate — meaning “no kissing, no heavy petting and no self-gratification of any kind,” per People – they stand to win $100,000. If the contestants engage in any of the illicit activities, a sum is dedicated from the prize fund.

The idea is that these playboys and girls will be inspired to examine their impulsive tendencies and land in healthy, stable relationships. The conflict comes from the fact that they are all beautiful, plied with liquor, and ultimately don’t care that much about winning $100,000. To make a long story short, “Too Hot to Handle” is very good and, well, very hot.

After earning a cult following in the first “Too Hot to Handle” season, Season 2 is gearing up to be even hotter than the last. A new group of sexy singles is headed to Turk’s and Caicos to try their hand at celibacy, per Variety. One of the hottest among them is Marvin Anthony. Here’s what we know. 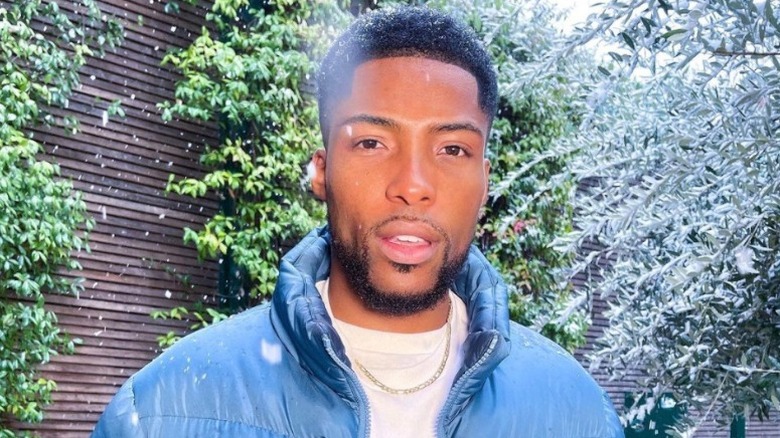 Staying single and playing nice isn’t going to be easy for “Too Hot to Handle” newcomer Marvin Anthony. Not only is Marvin hot by any standard, but he’s also got a pedigree to match…and an accent. Marvin was born and raised in France, where he excelled at athletics, especially basketball. He took his talents to the top, playing professionally in his native France.

Before you start thinking Marvin is just a hot jock, though, you should know that he’s also an accomplished academic and businessman. He recently earned a master’s degree in finance and started his own concierge business, per People.

But despite all his hard work on and off the court, Marvin’s greatest passion appears to be show business. The model and budding reality star has nearly 250,000 Instagram followers, thousands of TikTok fans, and a moderately successful YouTube channel. As we said, he’s the whole package, and we wouldn’t be surprised if he gets in the way of some unlucky lady winning $100,000.