If dating shows are your thing, chances are you’ve binged a few episodes of “Too Hot to Handle,” the Netflix hit that follows singles in search of love — with a twist.

This season’s contestants will enjoy the sunny weather and turquoise waters at a villa in Turks and Caicos, but according to the show’s rules, per People, there is “no kissing, no heavy petting and no self-gratification of any kind.” Those who choose to ignore the rules “will see the $100,000 prize drop faster than our contestants’ libido in the least sexy vacation getaway of their lives,” according to a press release (via People). This is definitely not your typical dating show!

Season 2 premieres on June 23, and it’s clear fans have a lot to look forward to. Plenty of past contestants, like Harry and Francesca, made connections on the show, but what about this season’s newcomers? Keep reading for more details on Cam Holmes, one of the newbies who is sure to set your screen aflame!

Cam Holmes is a model 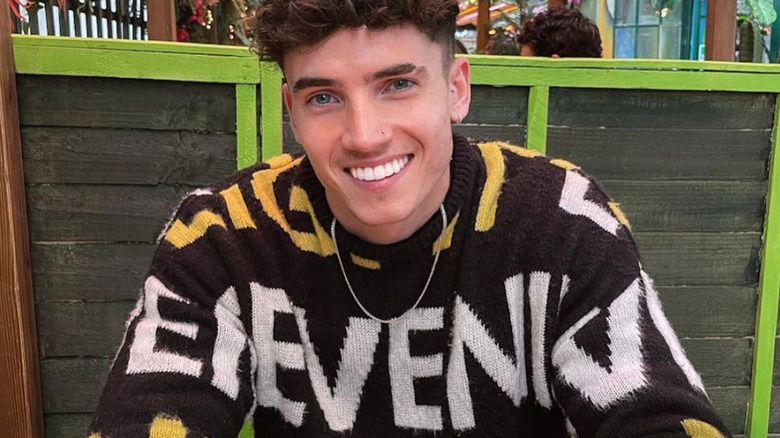 Cam Holmes clearly cashed in on his good looks and is currently modeling with Fomo Models, per his Instagram.

According to People, the United Kingdom-based personal trainer is a “sexy nerd.” He’s a big “Lord of the Rings” fan and can even do a Gollum impression, as he’s done “role play” as an elf in his spare time. That’s quite a talent! Cam is apparently one of those people who “thinks the grass is greener on the other side,” which probably means he has a tough time finding the right person.

When he’s not posing in front of the camera for work, Cam seems like any other twenty-something, taking mirror selfies and hanging out at the beach. He also has quite the sense of humor, as he tweeted in January: “I was fully confident I’d never have Twitter. Just shows you how unpredictable life can be. You can wake up on a cold and brisk Saturday morning, stuff an orange segment in your mouth and think ‘should probably get a Twitter account then.'”

We can’t wait to see how he fares on the show!