The March 28 episode of When Calls the Heart ended on a cliffhanger, as Ned (Hrothgar Mathews) collapsed on the steps of the Mercantile. A teaser for the April 4 installment of the Hallmark Channel series made it clear Ned’s condition was serious, and even implied he might not survive. So, did Ned make it? Thankfully, we got an answer in “Before My Very Eyes.”

Ned’s attack has landed him in the infirmary, and both Carson and Faith (Andrea Brooks) are seriously worried. As Hope Valley’s doctors consider what to do, a distraught Florence keeps watch by Ned’s bedside.

Joseph (Viv Leacock) ventures out in the pouring rain to offer to hold a prayer vigil for Ned. He’s not a preacher anymore, he tells Lucas (Chris McNally), who is helping him get the school ready for the gathering, but he nonetheless feels called to help.

As was the case last week, there’s quite a bit of talk about faith and God tonight — fitting for an episode that aired on Easter Sunday. While Joseph is resistant to the idea of becoming Hope Valley’s pastor (he has “other plans”), his wife Minnie (Natasha Burnett) thinks he might not have a choice, telling him it’s their family’s “calling.” Pastor or not, Joseph is on hand to offer some marital advice to Clara (Eva Bourne), telling her that if she lets Jesse (Aren Buchholz) come home, they’ll find a way to work through their issues.

As the town nervously awaits news of Ned’s fate, Christopher (James Drew Dean) seems more interested in flirting with Rachel (Jennifer Laporte). Neither Lee (Kavan Smith) nor Rosemary (Pascale Hutton) is thrilled the newcomer has eyes for their niece. But are they judging him unfairly because he’s Gowen’s son?

Lee and Rosemary aren’t the only ones who don’t trust Christopher. All of Christopher’s talk about making lots of money in the oil business, plus his complaints about his too-small accommodations at the saloon, have put Lucas’ hackles up as well. When Lee’s watch goes missing, Lucas has a hunch who’s taken it. He doesn’t hesitate to tell Christopher he’ll run him out of town if he’s been picking pockets. After Lucas leaves he room, we see Christopher playing with the watch, confirming he’s the thief.

Hickam (Ben Rosenbaum) isn’t keen on Christopher either. Gowen wants to give his son a leg up in the business, but Hickam seems rightfully worried that could mean he’ll get pushed aside. (Speaking of Hickam, is Fiona ever coming back to town? She’s been conspicuously absent the past few episodes.)

It seems the only person who’s charmed by Christopher is Rachel. She’s got such a crush that she swoons when he gives her some cast-off flowers. But will Christopher be sticking around? It turns out he drove into town in a stolen car, and his crime is on the verge of being discovered. He might split, but there’s also a good chance this is just the beginning of a redemption arc for his character.

A big moment for Nathan and Allie

Meanwhile, Nathan (Kevin McGarry) is preparing to finalize his adoption of Allie (Jaeda Lily Miller). It’s a big moment for both of them, and Nathan invites Elizabeth (Erin Krakow) to attend the ceremony. She’s happy to accept.

Allie isn’t letting up in her matchmaking schemes. She doesn’t understand why Elizabeth likes Lucas and not Nathan. What Allie wants is for Elizabeth to be part of a family with her and her uncle; Nathan tries to explain that Elizabeth’s interest in Lucas doesn’t mean she doesn’t care about them. It’s a touching conversation. Many of Nathan’s finest moments are with Allie, when he lets some of his Mountie reserve drop and shows more of his true feelings and personality.

We see more of that side of Nathan when he meets Elizabeth sitting outside the infirmary. He wraps a blanket around her shoulders. As they talk, he tells her that adopting Allie is the best thing he’s ever done with his life. That gets Elizabeth’s attention — is she thinking about Nathan as a possible father to her son Jack? Nathan doesn’t understand how Allie’s father Dylan could have abandoned her after her mother’s death, but Elizabeth suggests that Dylan might have been unable to cope with the loss.

“Haven’t you ever lost someone so close to your heart that it tears you apart?” she asks.

Ned and Florence are engaged

Ned’s in grave condition throughout the episode, and there seems to be a real chance he won’t pull through. At one point he wakes up, possibly delirious, and asks Florence to marry him. She says yes, but we have to wonder if a wedding will ever happen given the way things are going. Later, she quietly sings to Ned as he sleeps.

Walsh really delivers in this episode. We see her fear of losing another person she loves (remember, her husband died in the mine explosion), and the way that fear manifests as anger when she briefly lashes out at Elizabeth. That’s why it’s such as relief when Ned ultimately survives. He even remembers his proposal. After his health scare, chances are we won’t have to wait too long for a wedding. It’s lovely that these two long-time characters — both have been around since season 1 — have ended up together.

Lucas and his ‘secret sorrows’ 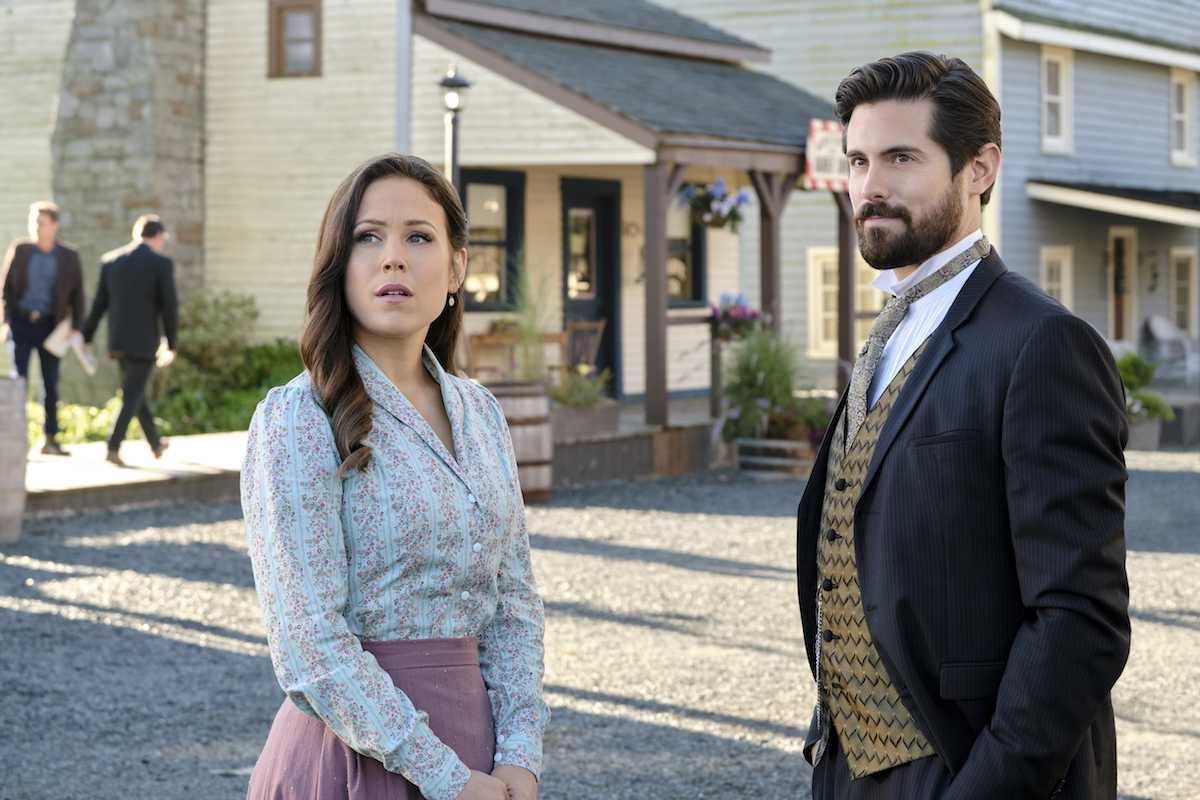 What about Hope Valley’s other couple? After last week’s near-kiss, Elizabeth seems to be pulling away from Lucas. He’s doing his best to be patient and give Elizabeth her space, but he can’t feeling hurt. “Every man has his secret sorrows, which the world knows not,” he tells her. He’s talking about Gowen, but also himself. The quote, he explains, “is from a novel about a man who falls in love with a woman who ultimately rejects him.”

“Are you trying to tell me something?” Elizabeth asks. She doesn’t seem to quite know what to make of this conversation. Does Lucas want something she isn’t able to give him, at least not now? But after she has some time to mull things over, she has a change of heart. “I don’t want you to have any secret sorrows,” she says. She offers him her hand and asks him to walk her home.

Elizabeth has taken another small step forward in her romance with Lucas, but the Nathan issue is lingering. When she shows up for the adoption ceremony, it turns out she’s the only guest Allie has invited. Allie’s put together the family she wants — at least in this moment — but can it ever be a reality? Elizabeth’s smile at the end suggests there might be some hope.

The next episode of When Calls the Heart airs Sunday, April 11 at 9 p.m. ET on Hallmark Channel.