The tenets of The Feminine Mystique may seem like age-old adages by today’s standards. But, in 1963, they sparked a social revolution.

As a result, the book’s author, Betty Friedan, became something of a leader among American second-wave feminists. Along with other celebrated activists like Gloria Steinem, Bella Abzug, and Shirley Chisholm, Friedan fought for an expansion of women’s rights in the nation, namely through the Equal Rights Amendment (ERA). Hulu’s new miniseries, Mrs. America, now documents that battle, with actress Tracey Ullman portraying the famous writer. Read on for a closer look at the life and legacy of Friedan.

1 | The Feminine Mystique is known as one of the most influential nonfiction books of the 20th century.

After conducting a survey with her former classmates at Smith College, Friedan found that the majority of them were dissatisfied with life confined by traditional domestic roles. The results led to her conducting more surveys with women across the country, intending to delineate the evolution of the independent working woman of the ’20s and ’30s to the suburban housewife in the postwar era. 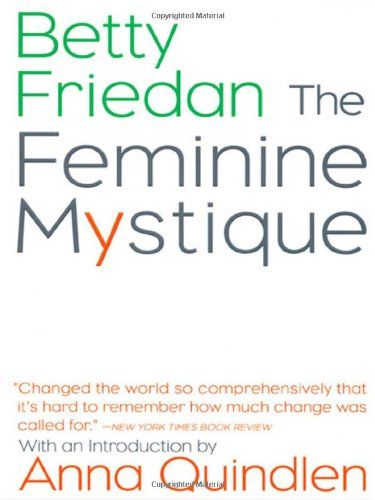 Her research formed the basis of The Feminine Mystique, a groundbreaking book that challenged both the assumptions about and the expectations of white, middle-class women in the ’60s. Since, it has sold millions of copies.

“Each suburban wife struggles with it alone,” Friedan wrote. “As she made the beds, shopped for groceries, matched slipcover material, ate peanut butter sandwiches with her children, chauffeured Cub Scouts and Brownies, lay beside her husband at night- she was afraid to ask even of herself the silent question– ‘Is this all?'”

2 | Before The Feminine Mystique, Friedan was already well-regarded as a feminist and radical labor journalist.

Growing up in Illinois, Friedan was acquainted with radical and unconventional ideas early on as she hung around Marxist and Jewish circles, noted The Guardian. As a student at Smith College, she became editor in chief of the campus newspaper. She went on to do graduate work at U.C. Berkeley, becoming radicalized before ultimately giving up her prestigious fellowship after pressure from her then-boyfriend. Thereafter, she worked as a labor journalist for Federated Press, a union newspaper, and UE News, a left-wing publication.

When Friedan became pregnant with her second child in 1952, she lost her job with the UE paper, as her employer was unwilling to grant her maternity leave.

3 | She cofounded and served as the first president of the National Organization for Women.

In 1965, the Equal Employment Opportunity Commission was created in order to enforce Title VII of the Civil Rights Act of 1964, which prohibited sex discrimination in employment. Still, its commissioners failed to enact it, resulting in frustration with women delegates at the 1966 Third National Conference of State Commissions on the Status of Women—Friedan among them. At the conference, Friedan and the group of women wanted to pass a resolution demanding that the EEOC “carry out its legal mandate to end sex discrimination in employment,” but were told they had no authority to do so, per NOW’s website. 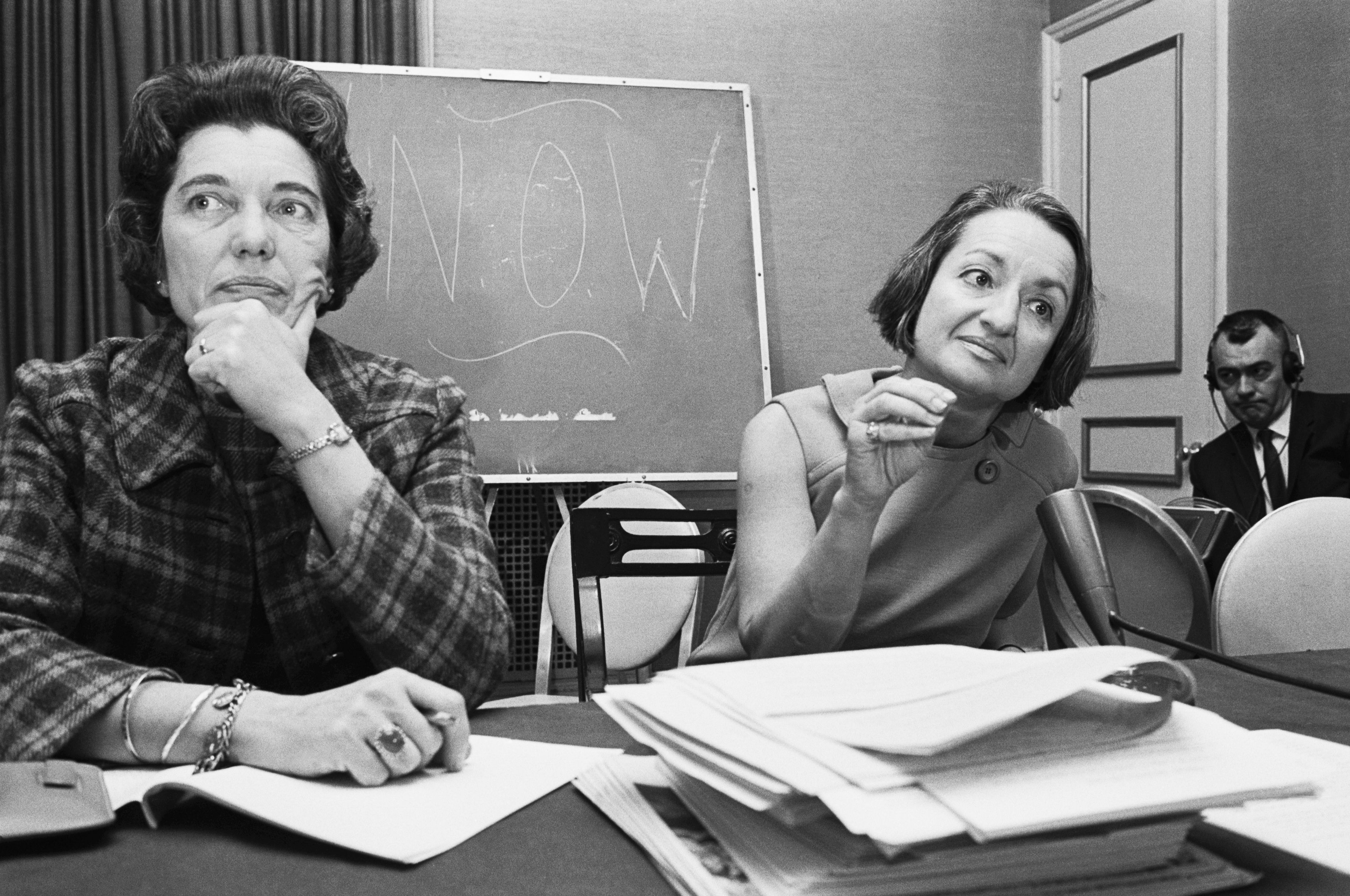 NOW was officially founded in 1966, with Friedan serving as its first president. According to the organization, Friedan recalled, “We wasted no time on ceremonials or speeches, gave ourselves barely an hour for lunch and dinner…At times we got very tired and impatient, but there was always a sense that what we were deciding was not just for now ‘but for a century…’ We shared a moving moment of realization that we had now indeed entered history.”

4 | She reportedly had a rivalry with Gloria Steinem.

Every movement has its intraparty conflicts, and American feminism is no exception. Many accounts and reports at the time recall the legendary rivalry between Friedan and Steinem, portrayed by Rose Byrne in Mrs. America. In one particular instance, Friedan’s resentment toward the fellow feminist writer only solidified when Steinem was invited to speak at a Smith College graduation—her alma mater—before Friedan ever was. 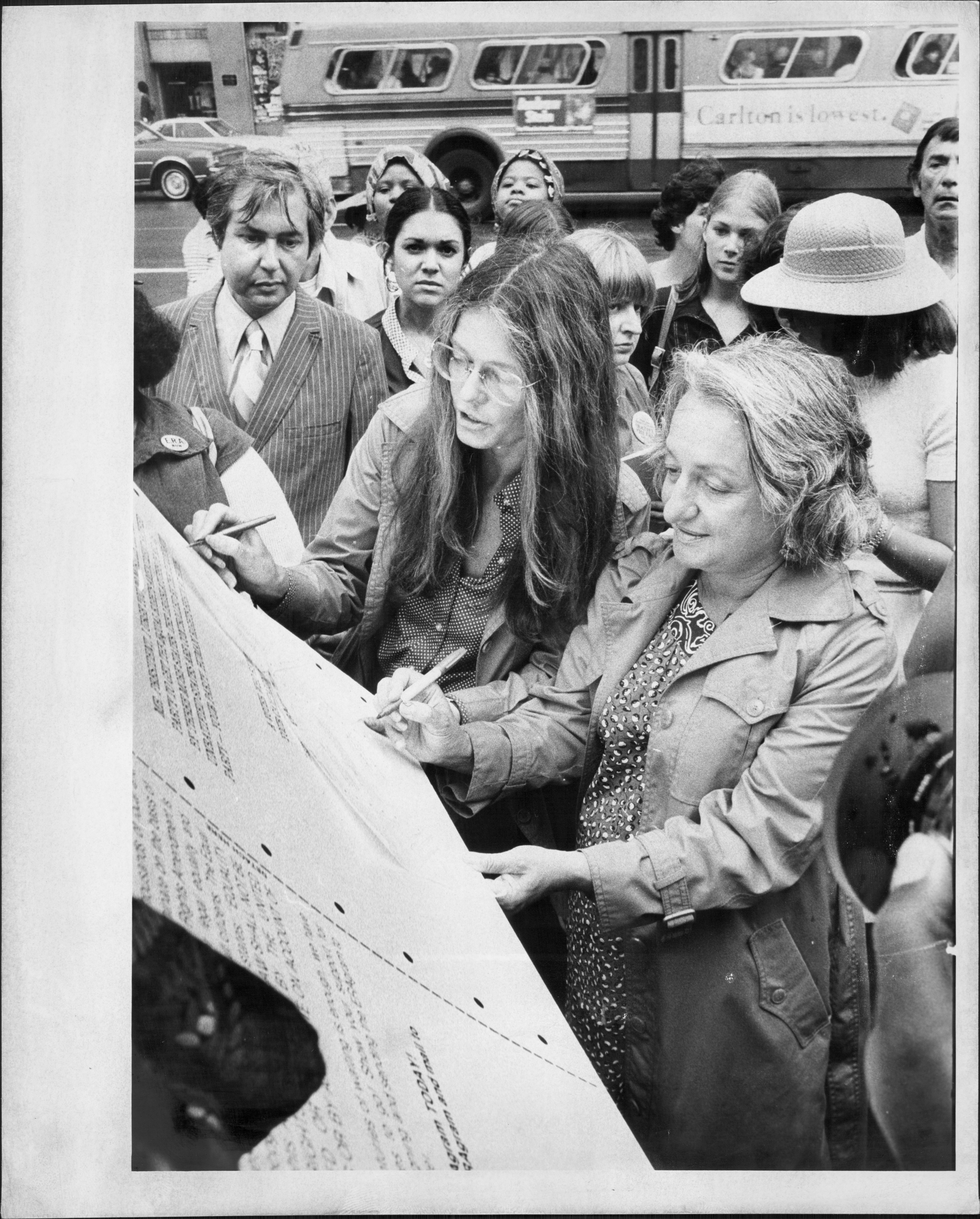 Phyllis Schlafly, portrayed by Cate Blanchett on Mrs. America, was a leading architect in blocking the passage of the ERA. In 1976, Friedan and Schlafly openly debated each other while appearing on Good Morning America. You can still watch the heated exchange below.

6 | She (unsuccessfully) ran for New York delegate in the 1972 Democratic National Convention.

Friedan and Steinem both made unsuccessful bids for New York delegates in the 1972 Democratic National Convention, intending to throw their support behind Shirley Chisholm’s historic presidential run as both a woman and the first Black presidential candidate of the Democratic party.

7 | Friedan was a founding member of the National Women’s Political Caucus.

Along with the aforementioned Steinem and Chisholm, and along with other famous feminists, Friedan cofounded the National Women’s Political Caucus, which works to recruit, train, and elect women at every level of government.